Over the last few months I had the opportunity to sculpt some very impressive reef creatures for a diorama that will portray a pacific coral reef in the Natural History Museum Senckenberg in Frankfurt, Germany.

With every model I make for this specific project I try to not only build an ambassador for its particular species but also to show an individual with its own personality, and even beauty and charm.
Studying these sea creatures with all their gestures, facial expressions and unbelievable colors and patterns left me in respect, affection and wonder.

Here is my attempt to do it justice.

A sculpture of a Day Octopus (Octopus cyanea), sitting on a rock, searching it for food while carefully examining its surroundings.

The base body is carved out of PU, followed by a rough layer of air-hardening clay. The detailed outer layer is made of Apoxy sculpt that is colored with mixed media.

Did you know? The day octopus changes its patterns 1000 times in 7 hours, which is more than two changes per minute! 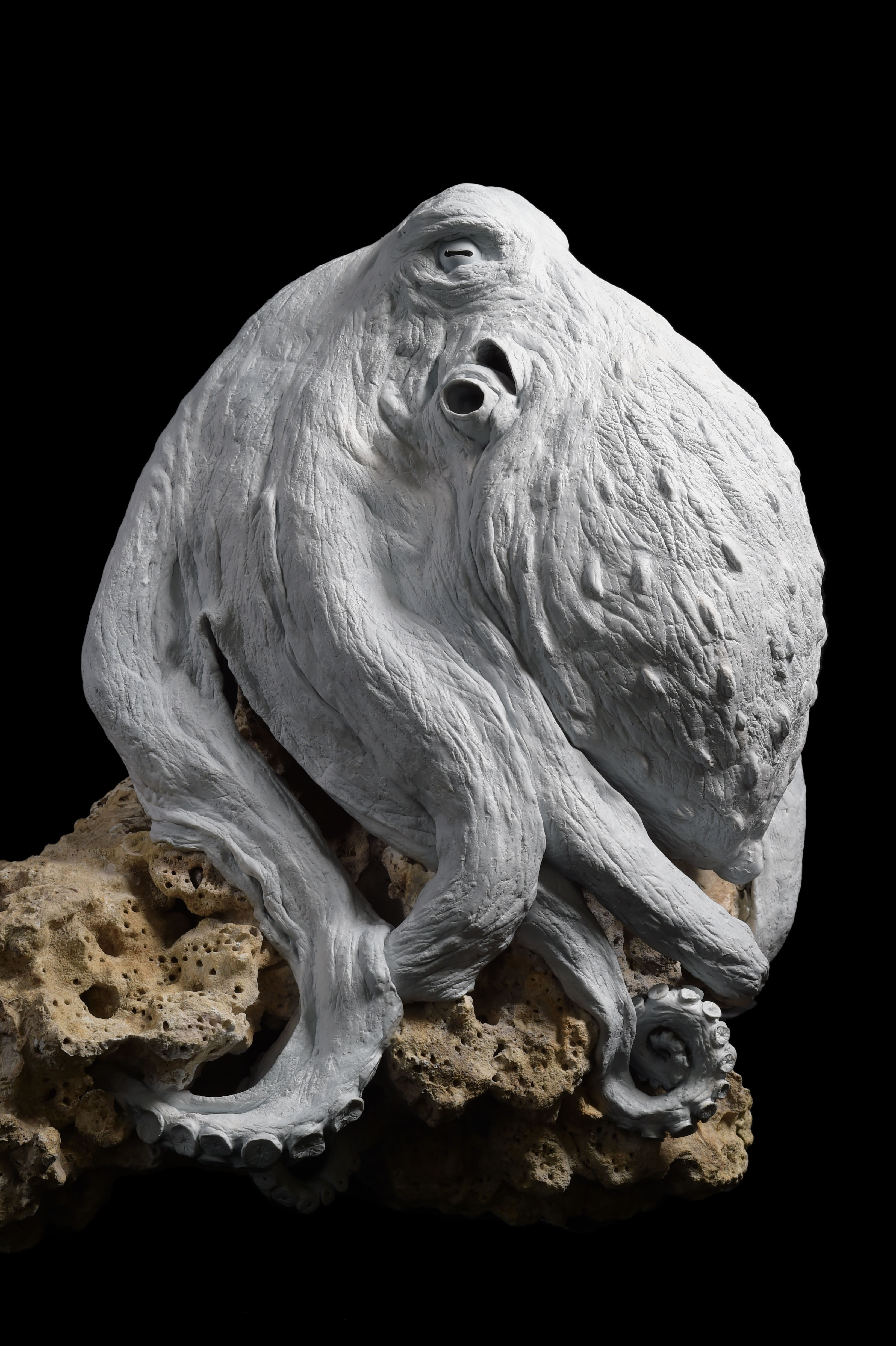 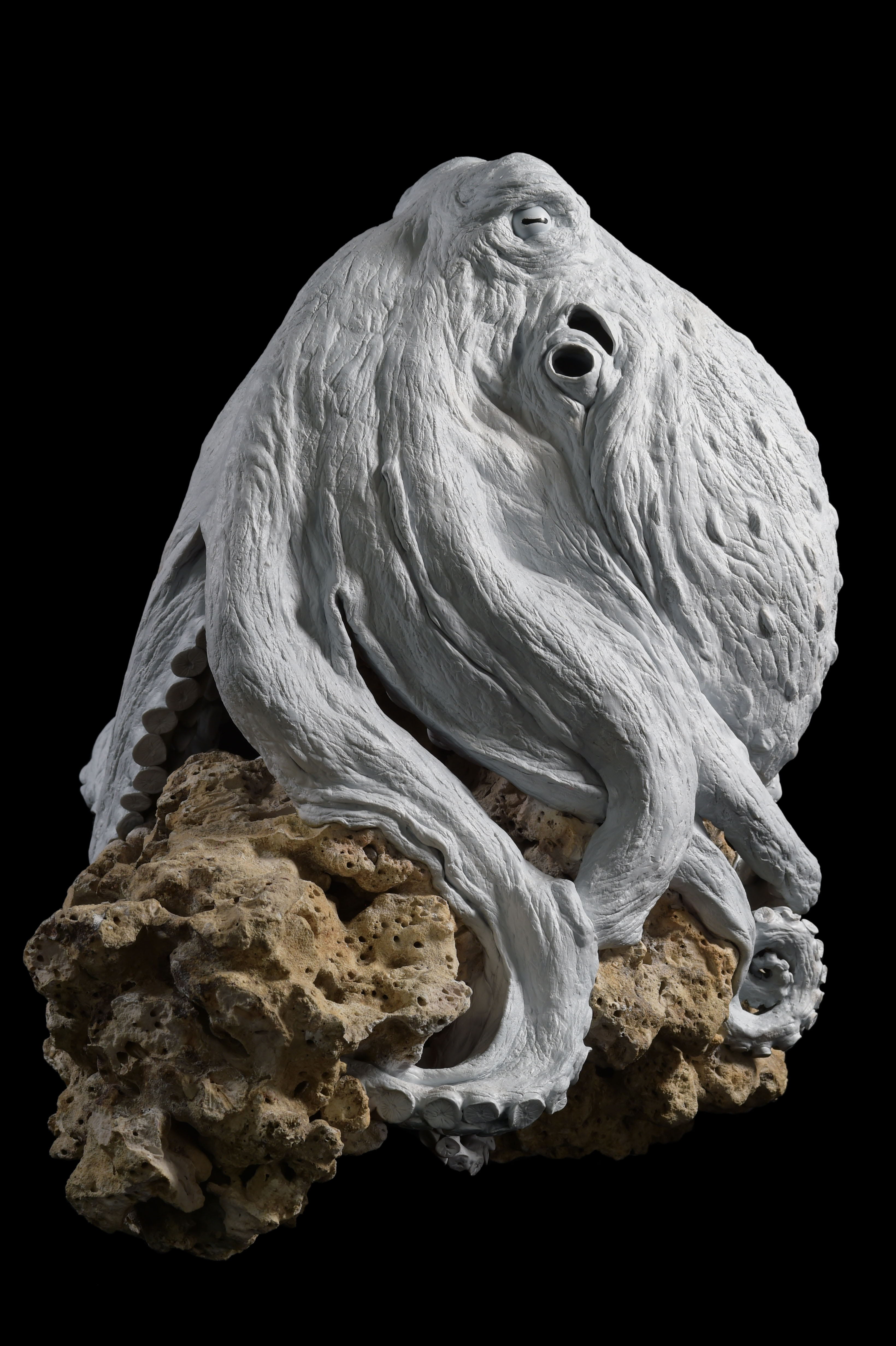 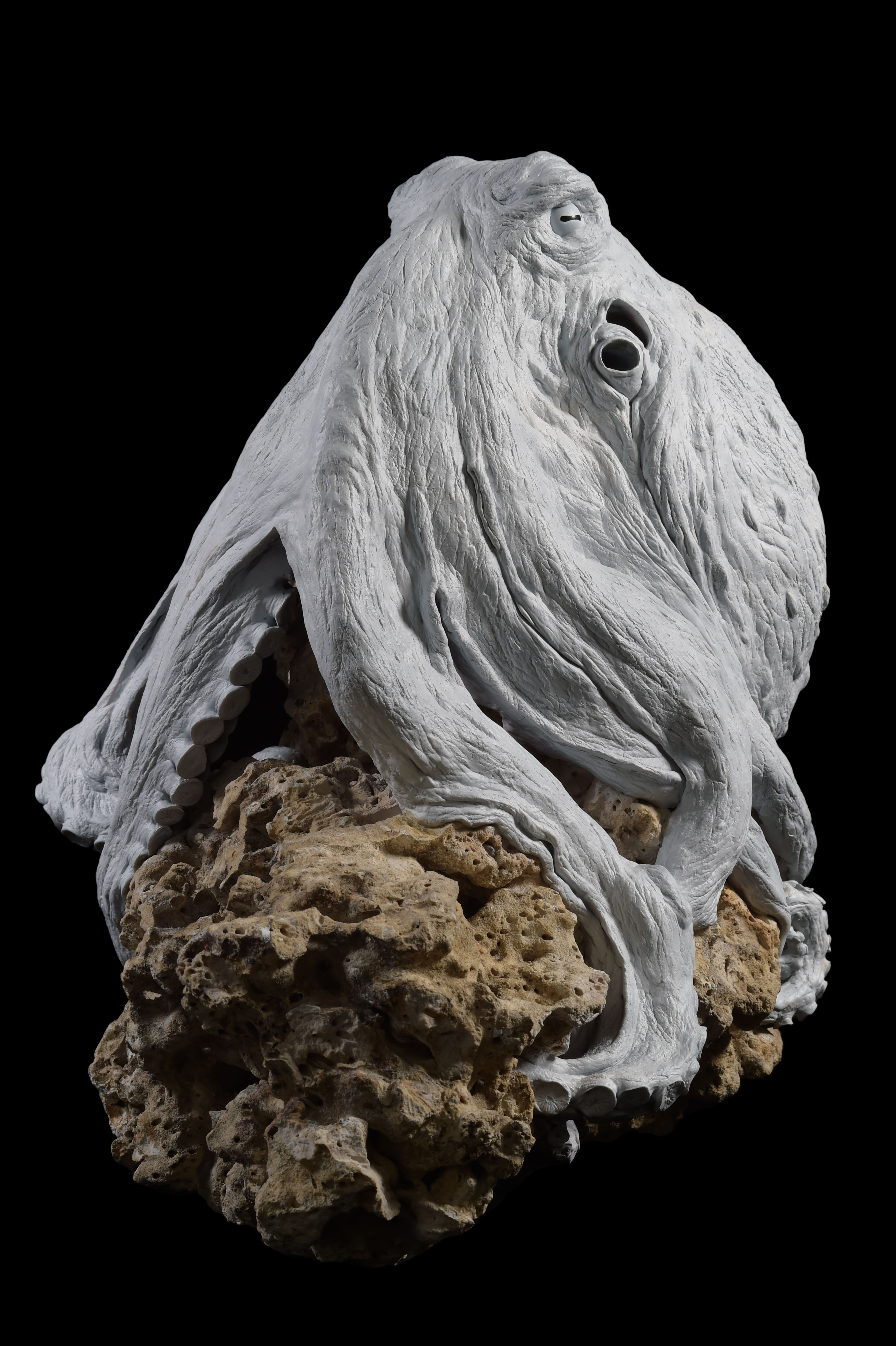 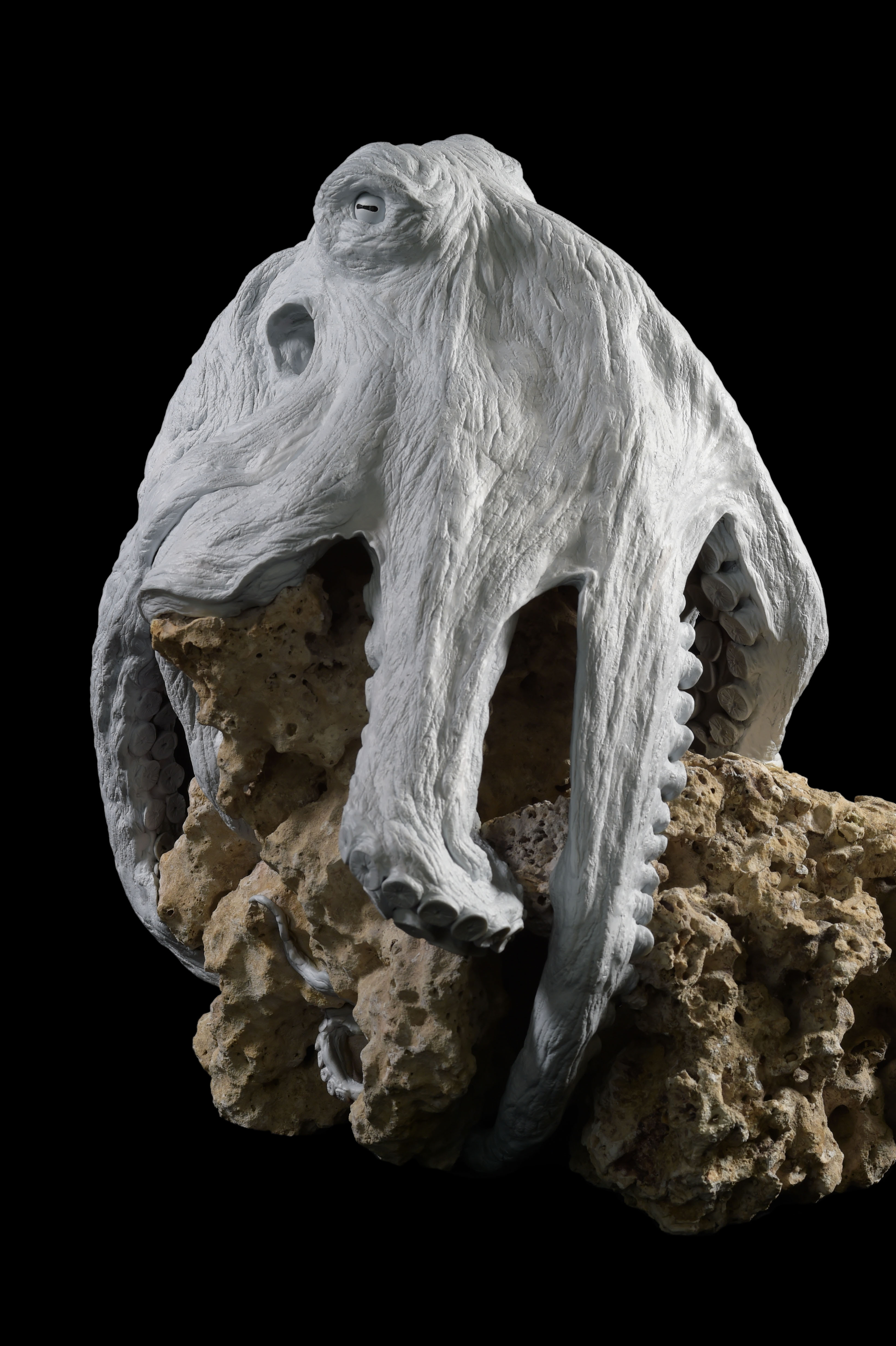 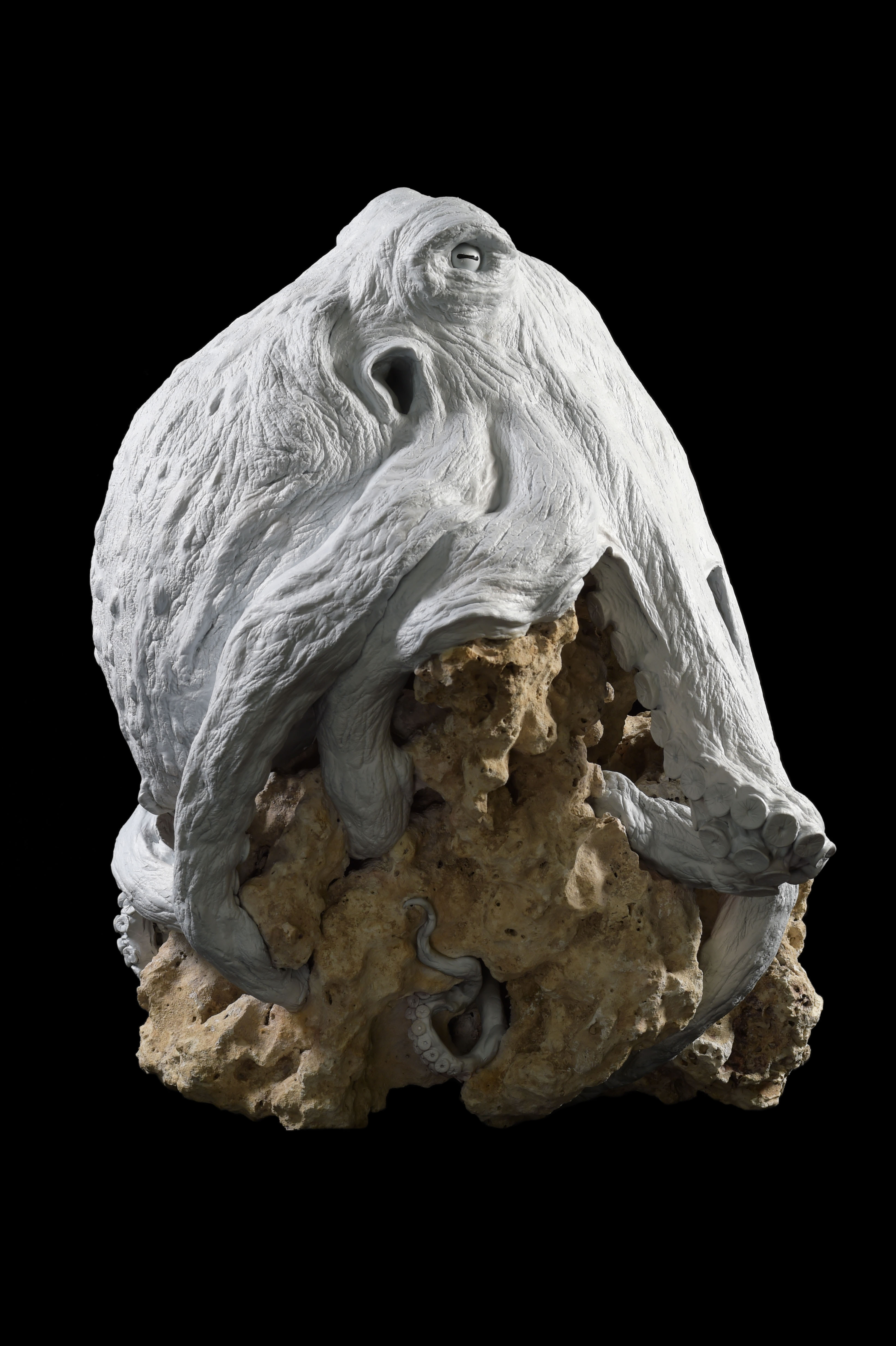 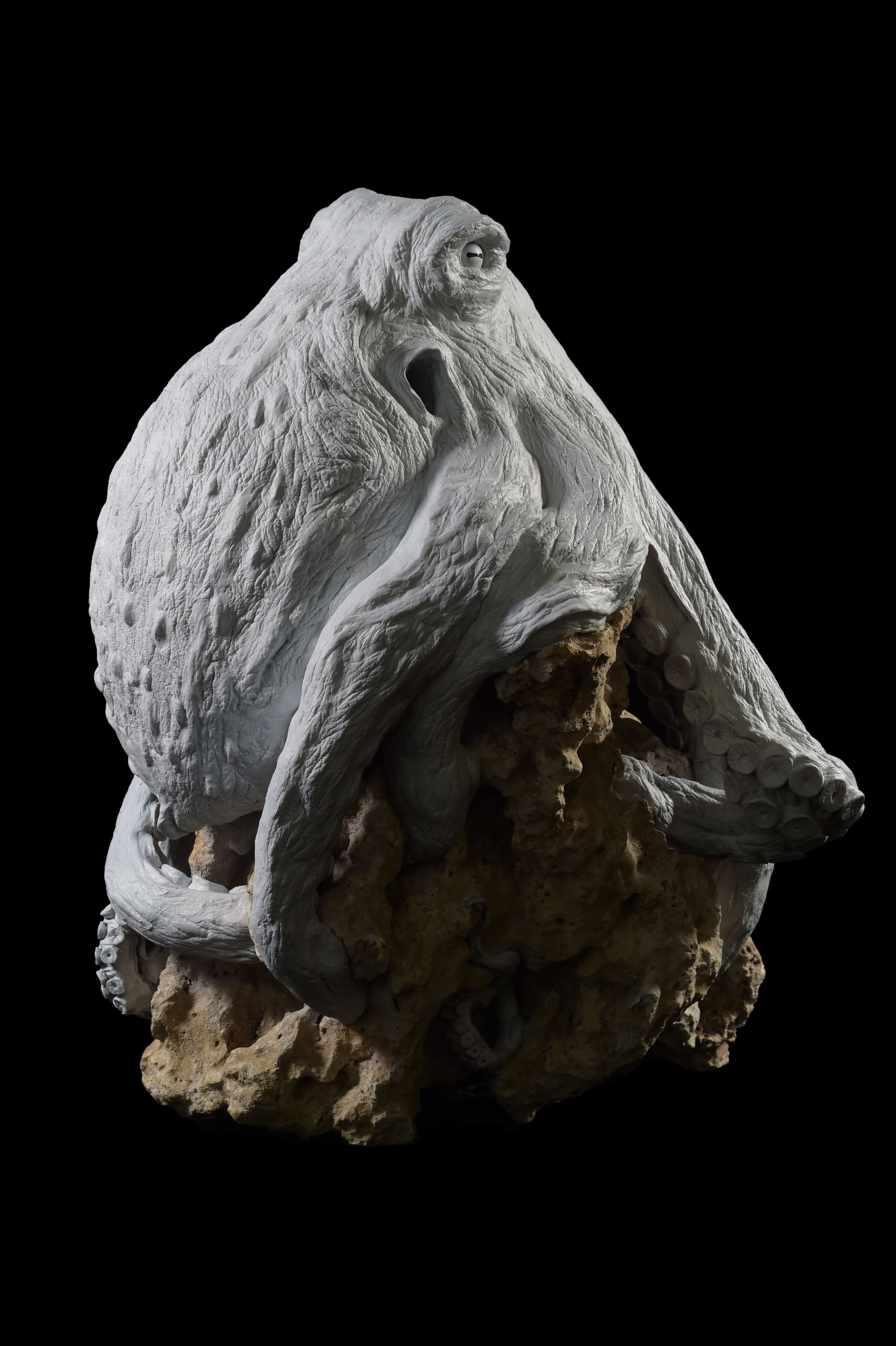 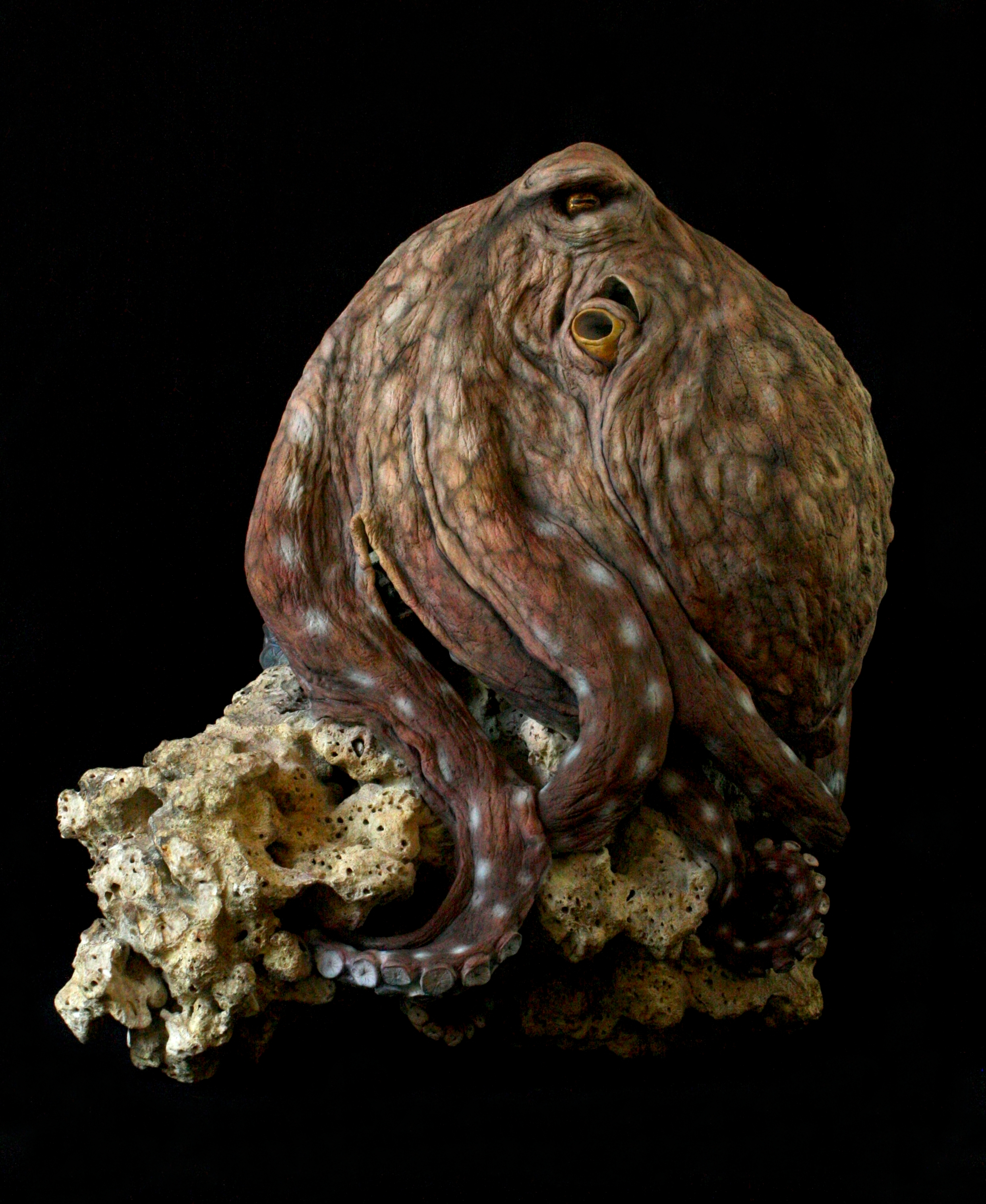 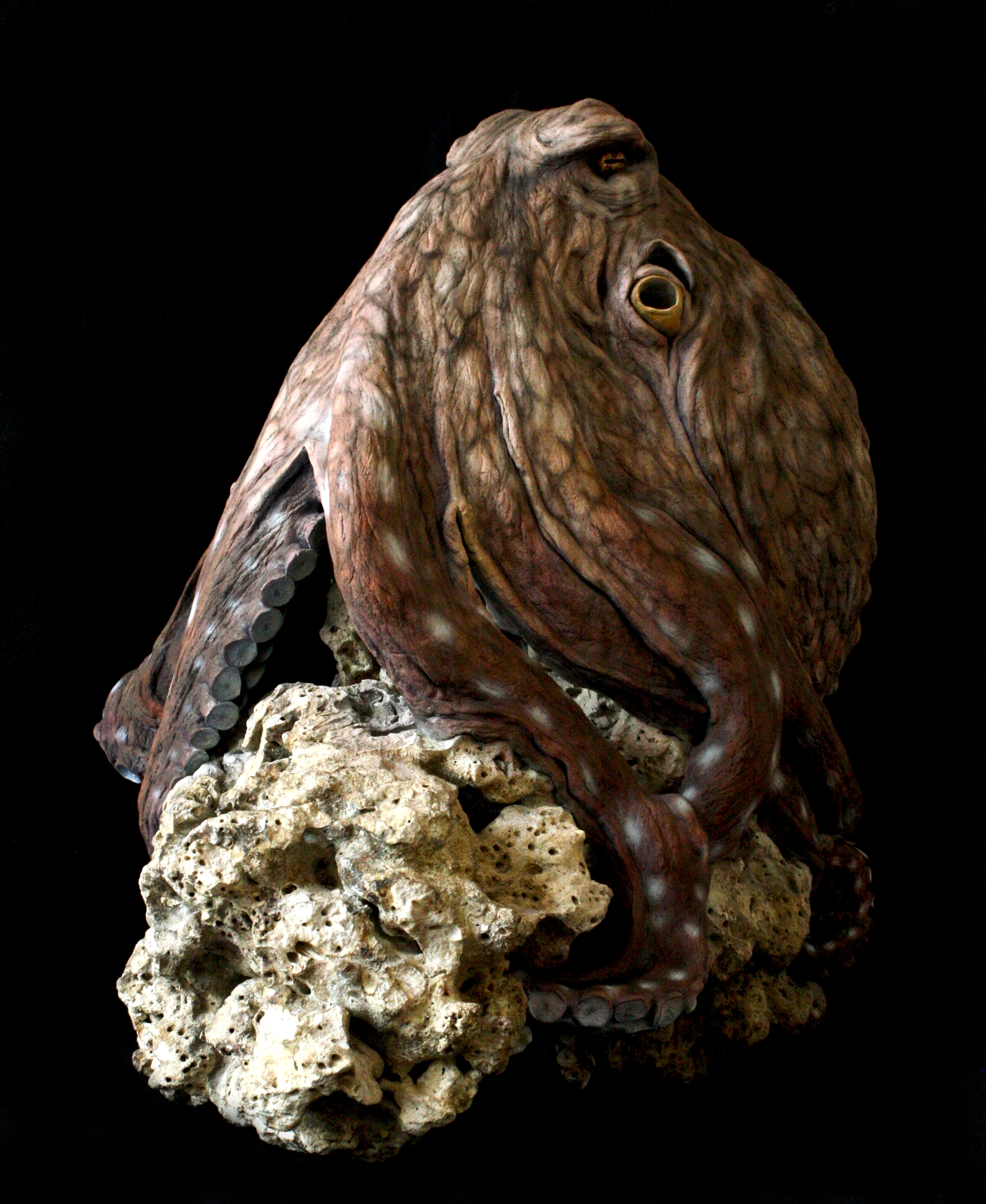 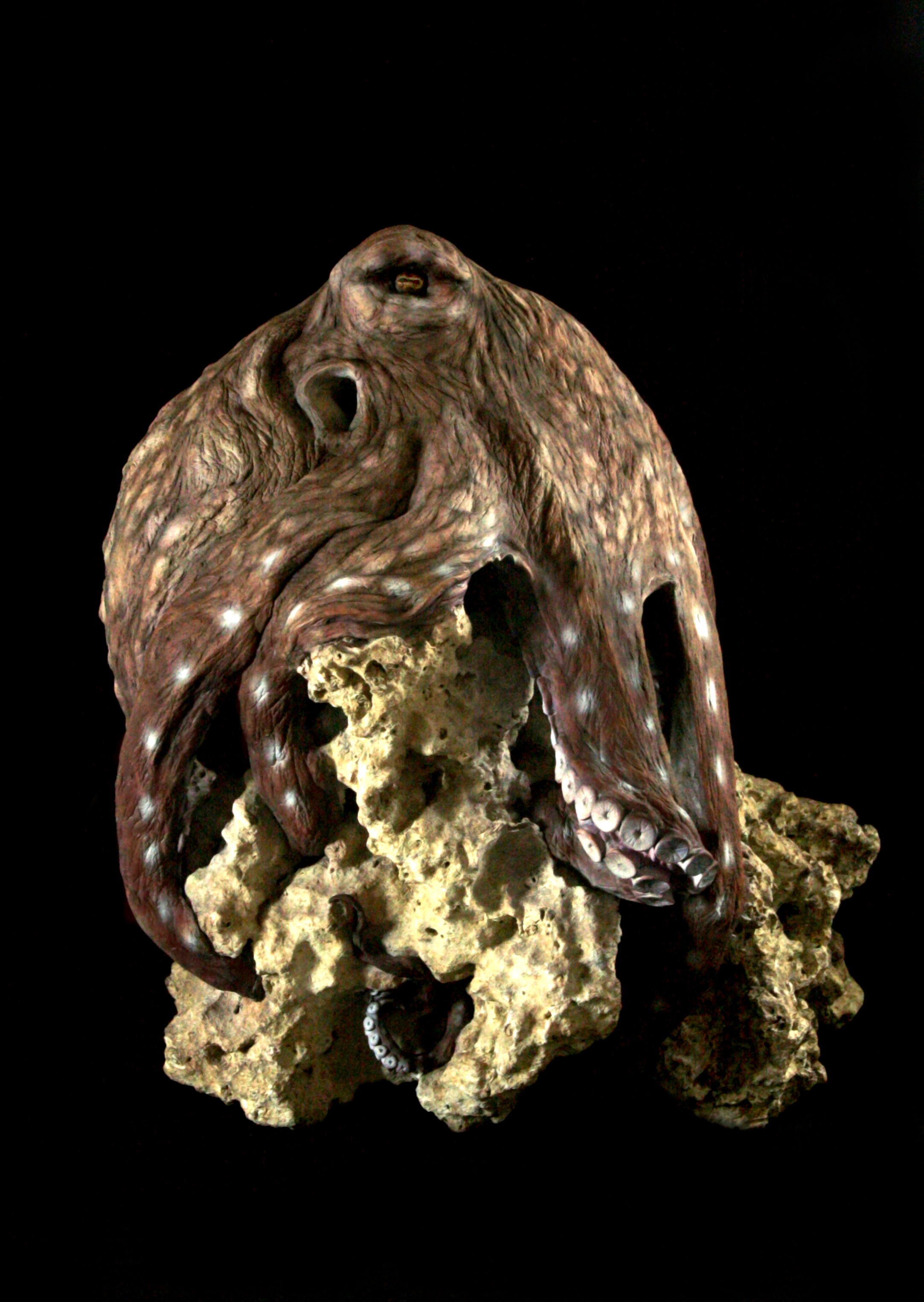 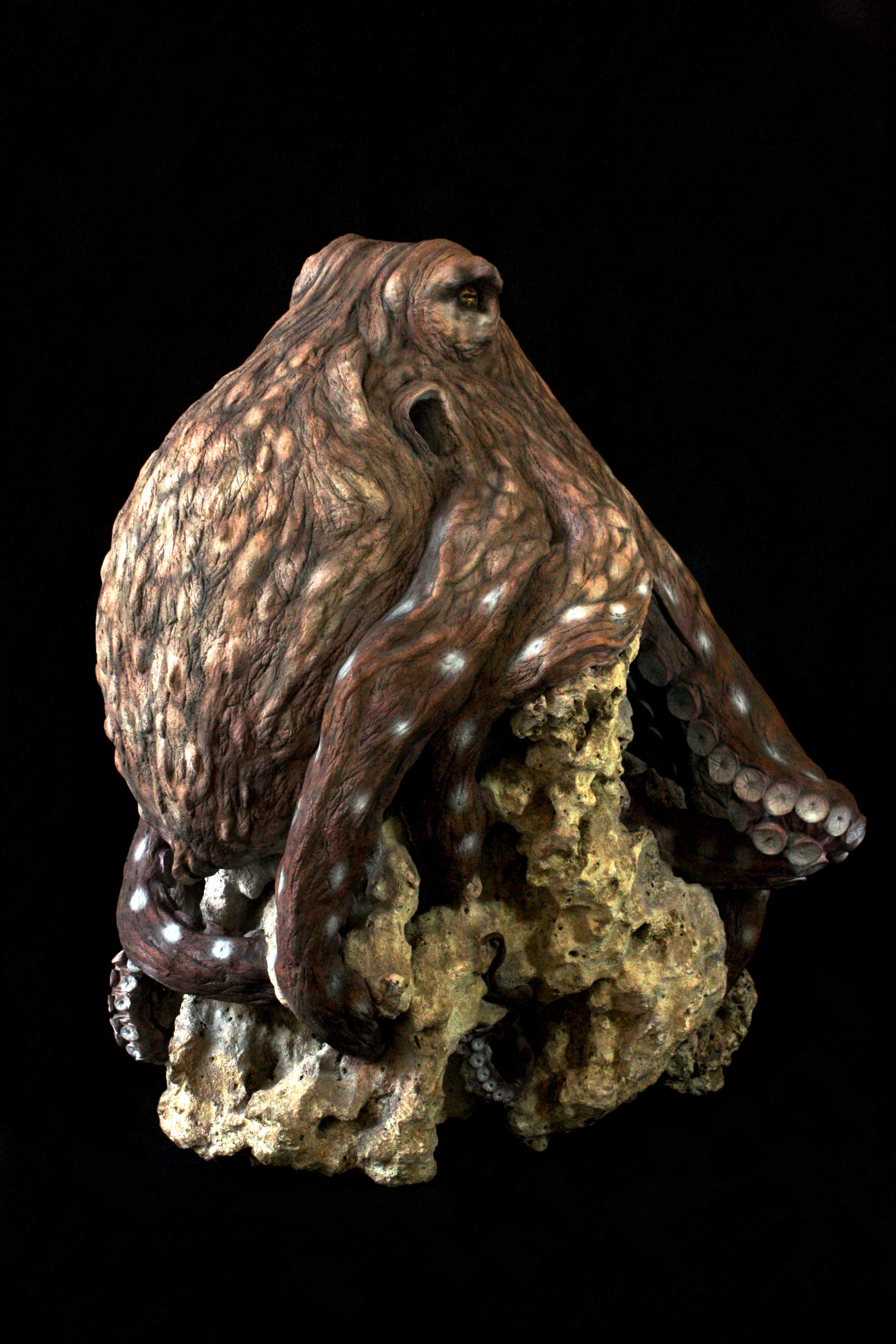 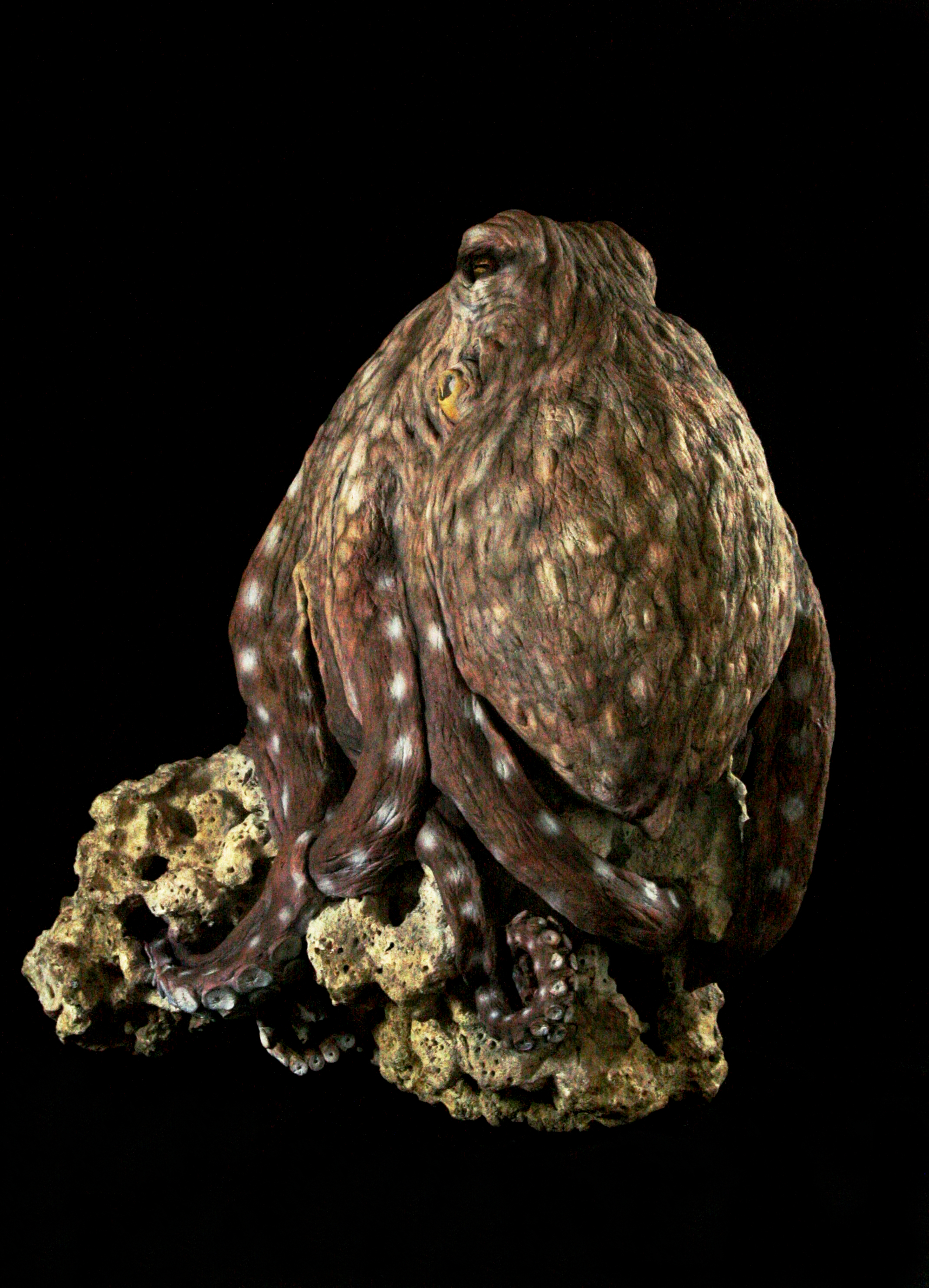