Ashley Bosworth Massachusetts ✭
May 2019 edited May 2019 in Character Sculpting Contest
This is my first ever bust! I used Chavant medium clay and it took me a little over a month to complete. He is based off of New England history and the "Bridgewater Triangle," which is one town away from where I live. Here is his story, hope you enjoy!


Based on local New England legend and lore, the Bridgewater Triangle has been a hot spot for paranormal activity for decades. The triangle is within the surrounding town boundaries of Abington, Freetown and Rehoboth (I’m only one town away!) Within this triangle, strange occurrences are said to occur, from UFO, Bigfoot and thunderbird sightings to satanic rituals and sacrifice. There's a good reason for these sightings as this area of land has a long violent history dating back to the 1600’s. This region was once inhabited by Native Americans and English settlers who peacefully coexisted with one another. Massasoit, the Wampanoag chief ensured peace with the settlers for more than 40 years until his passing in 1662. After his death Massasoit’s son, Metacomet, became chief. Metacomet, also known as King Philip, (a name he adopted out of friendly relations with the settlers) broke the peace between the two when three of his warriors were tried and found guilty of murder and hanged. War began with settlers and Indians taking turns raiding each other. It was said to be one of the most devastating wars in history in proportion to the size of the population. After several years of war, the Native American population was decimated by the settlers and Metacomet took refuge in the Assowamset swamp in southern Massachusetts. He was hunted down by rangers and fatally shot in the year 1676. His body was cut into quarters and hung in trees. His head was severed and mounted on a pike for more than 20 years at the entrance of Plymouth. His wife and nine-year-old son were also captured and sold into slavery. King Philip’s War was a time of complete brutality and chaos, where the horrors of war still echo in time in the Bridgewater Triangle.
Lurking in the shadows of the swamp, it is said that Metacomet is a guardian of the land he died for. Cursed forever in the marshlands, he watches and stalks any intruder that dares to take a step into the ill-fated woods. His body, distorted by mutilation upon his death, has fused back together showcasing his horrific demise. His face is no longer the shape of a man. Instead it has morphed into a creature with a hawk-like nose and a snarling mouth that is thirsty for revenge and blood. Fittingly, a crown for a king has grown out of the skull of this creature. The gnarls and turns of his crown reflect his wretched life and tell his agonizing story of torture and pain. Trapped forever in this body, Metacomet is cursed to relive his past mistakes and misfortunes, eternally confined to this land. For anyone who may cross paths with this creature, be warned! For Metacomet has no mercy for his victims and will claim your soul to be his eternal slave! 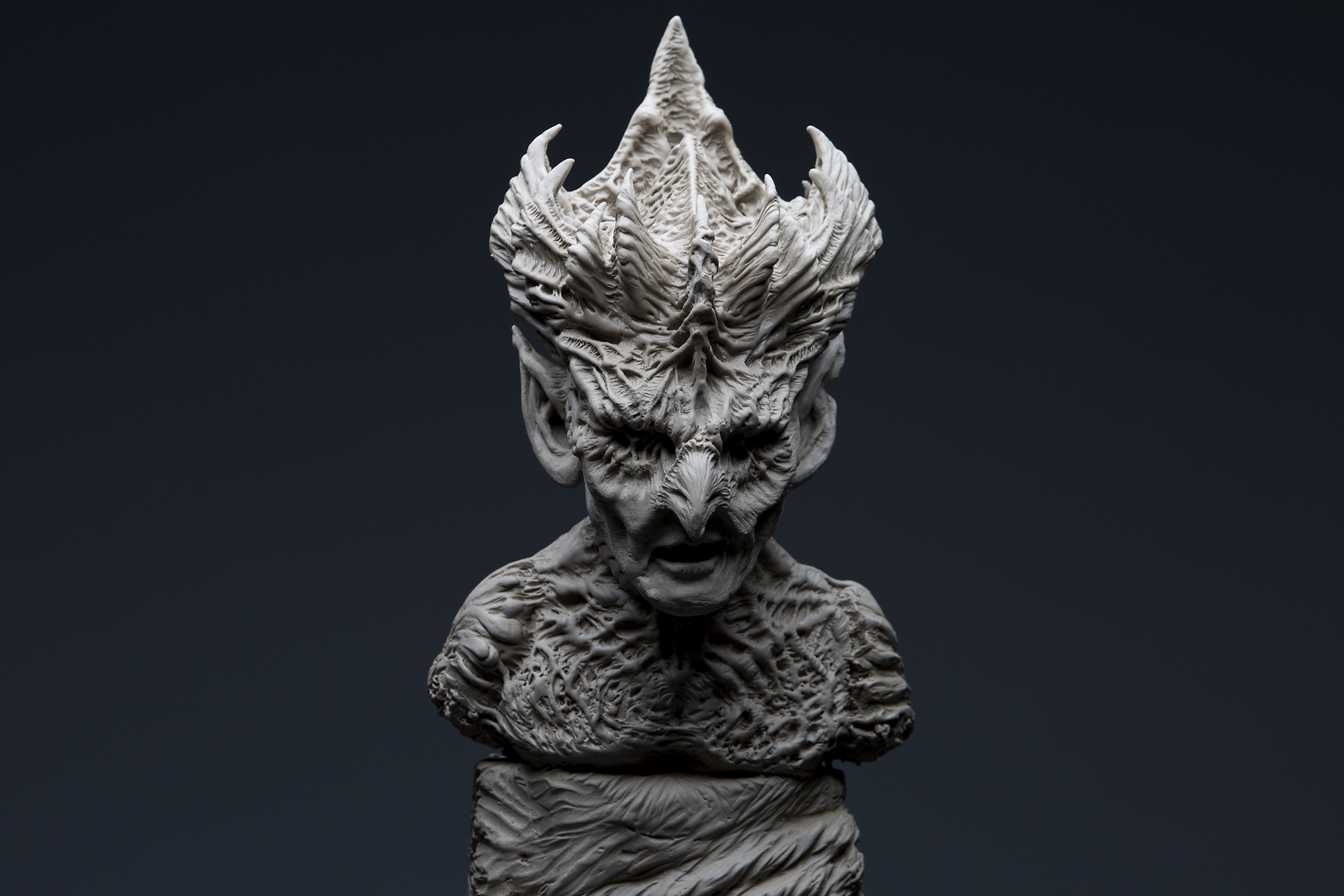 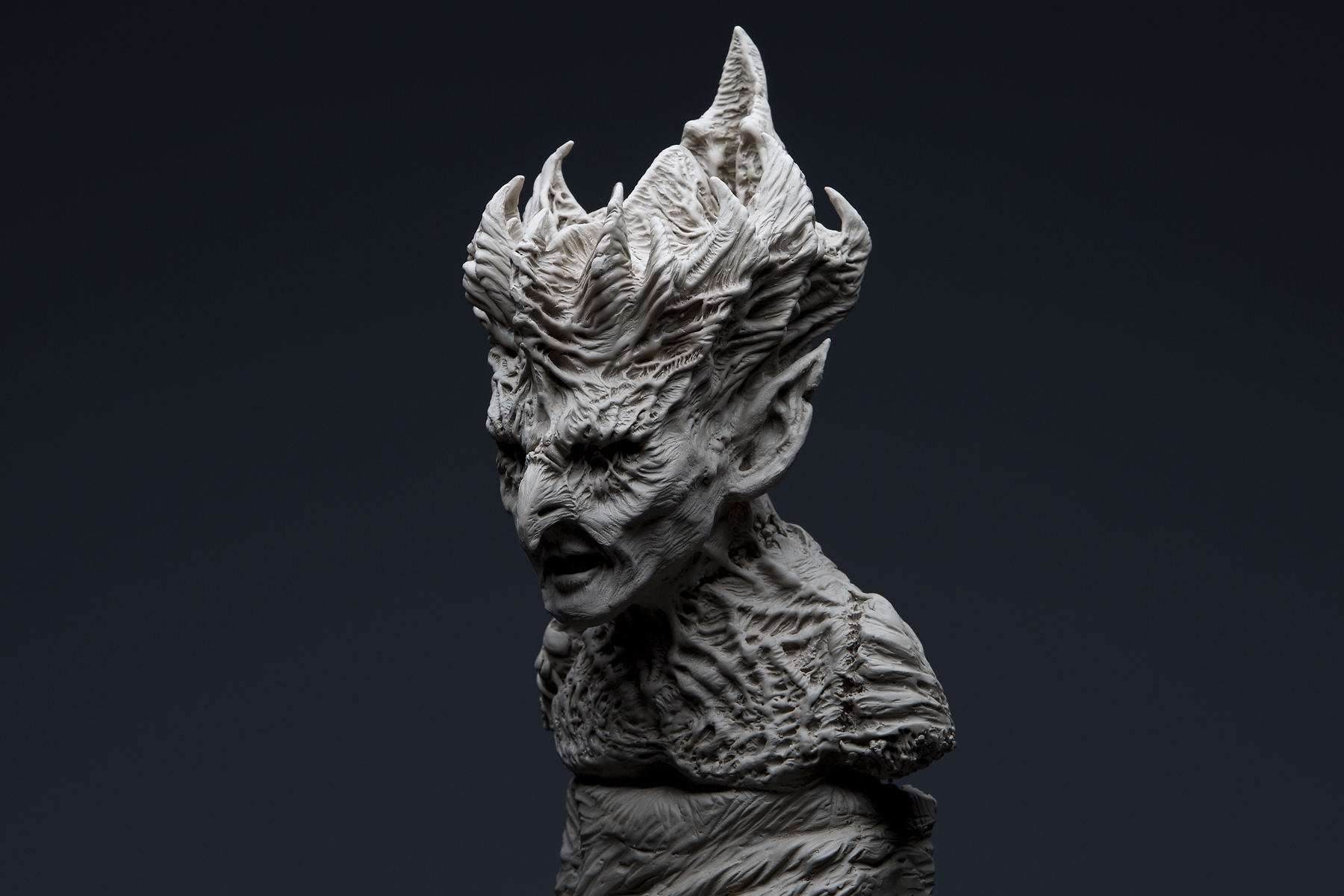 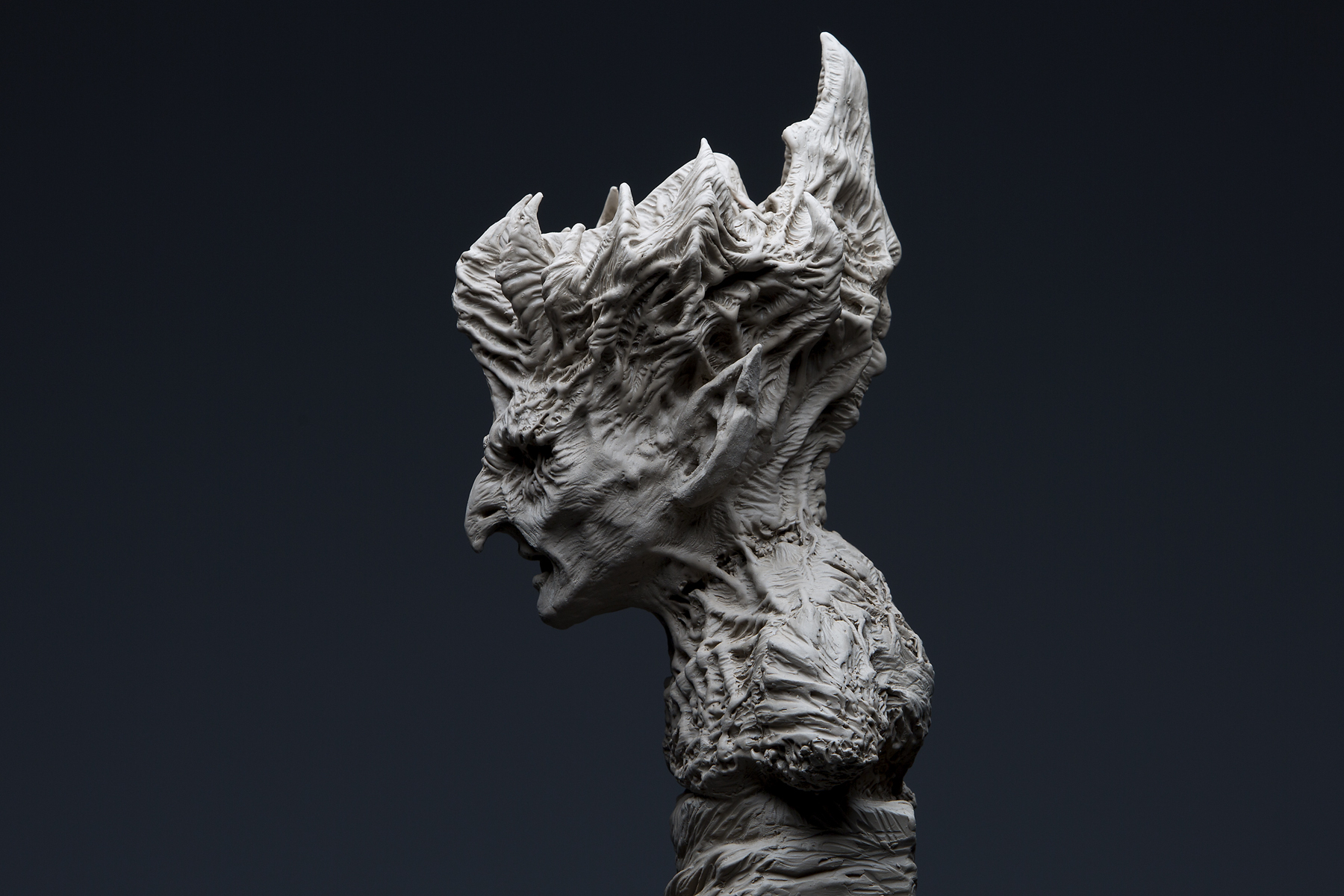 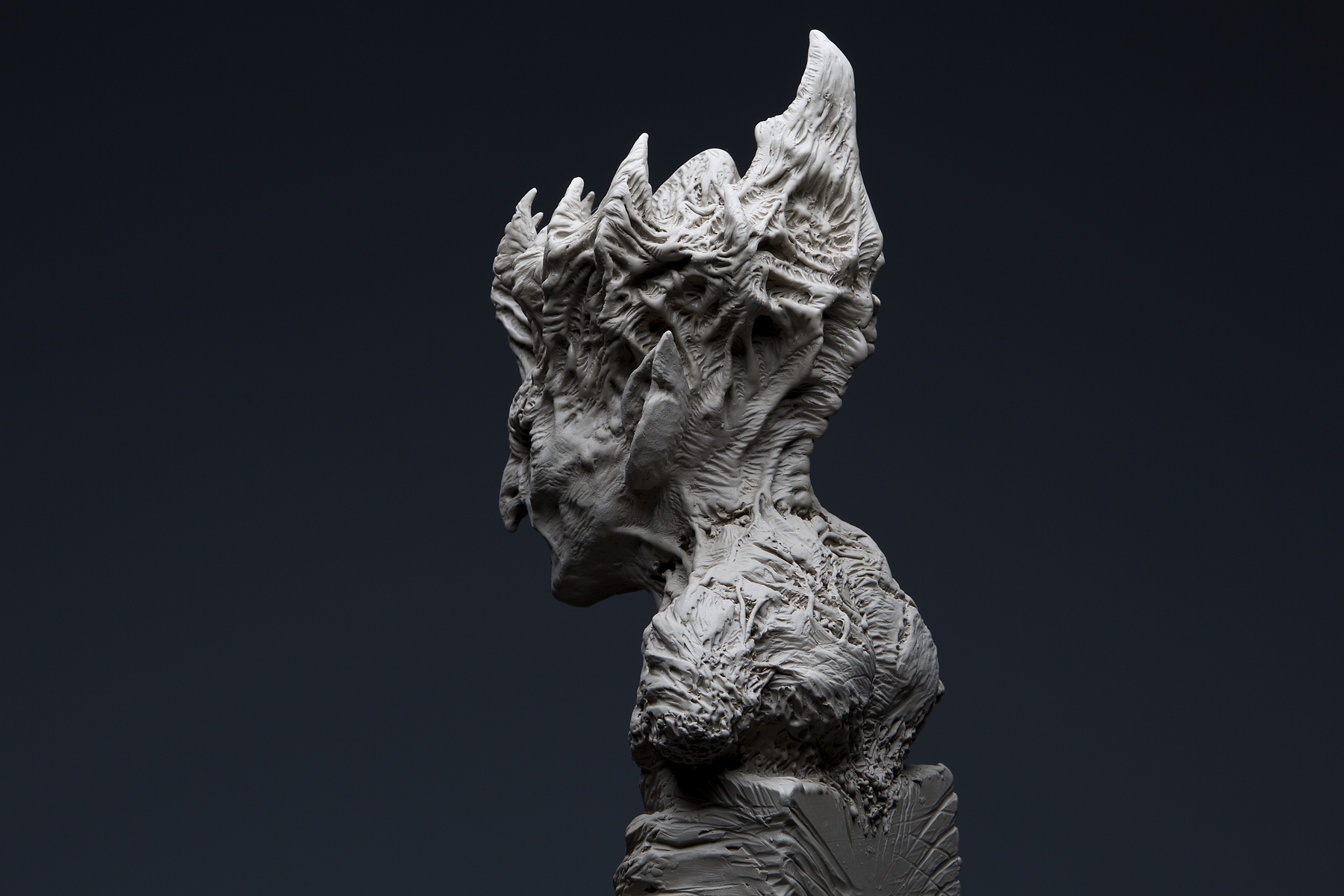 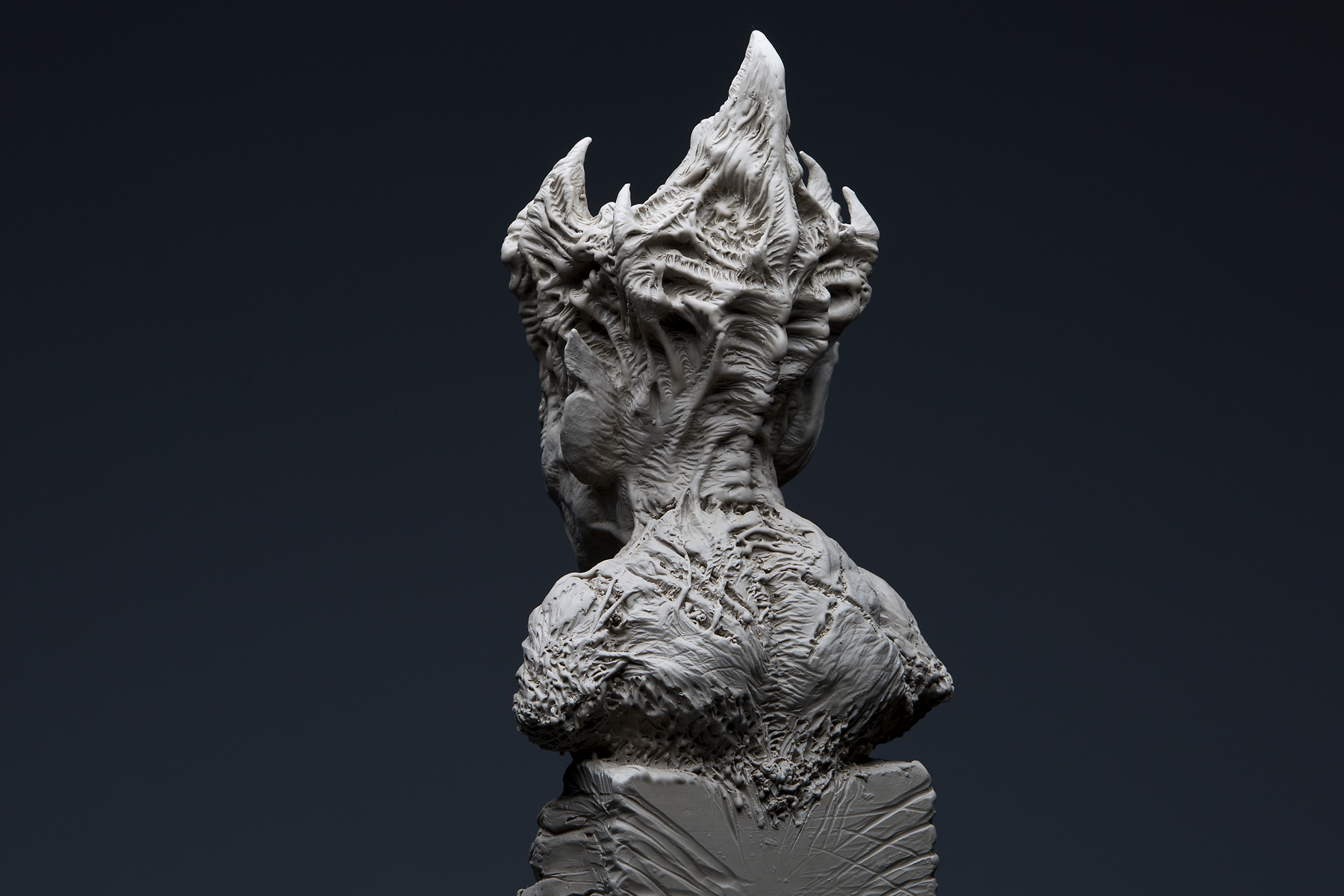 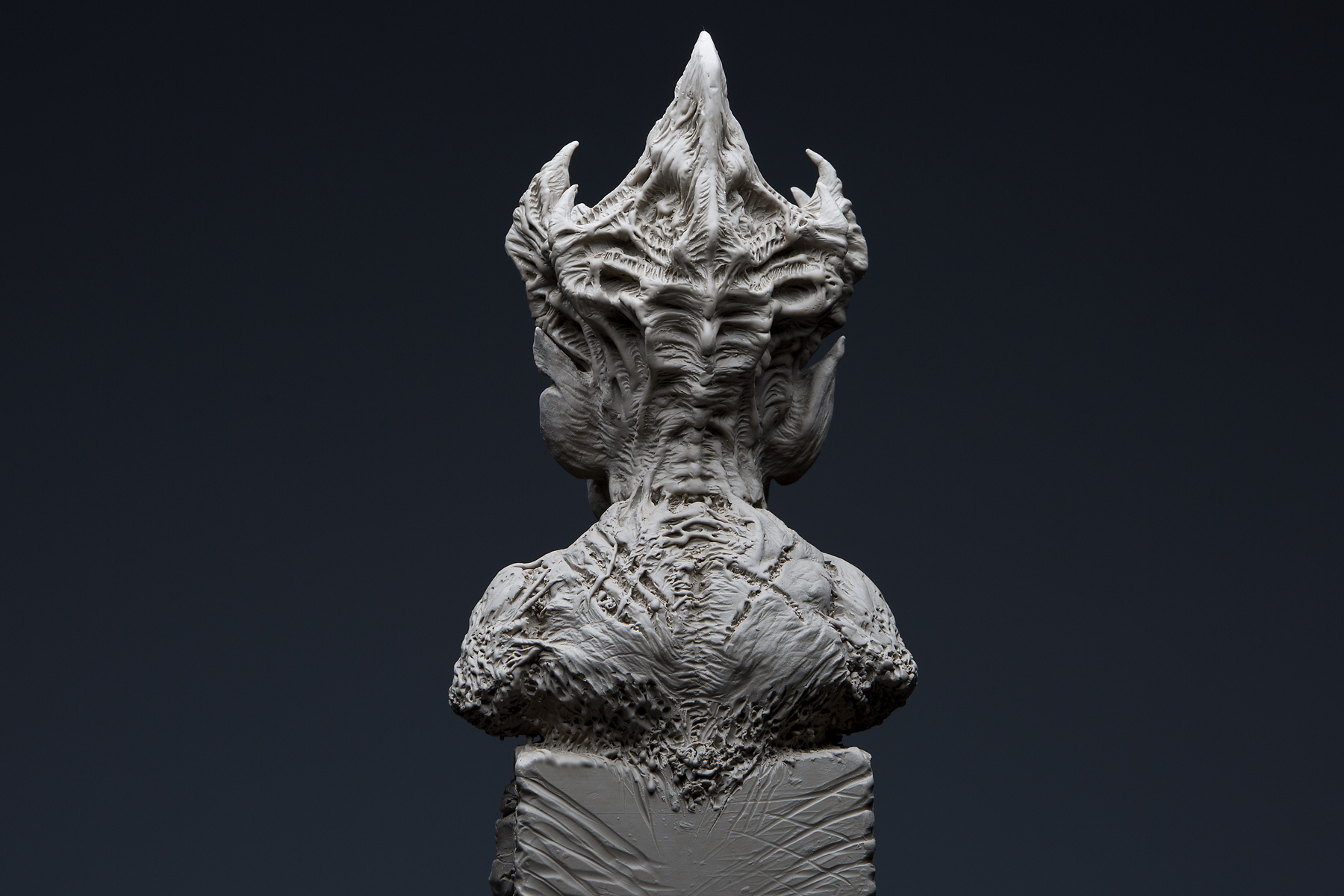 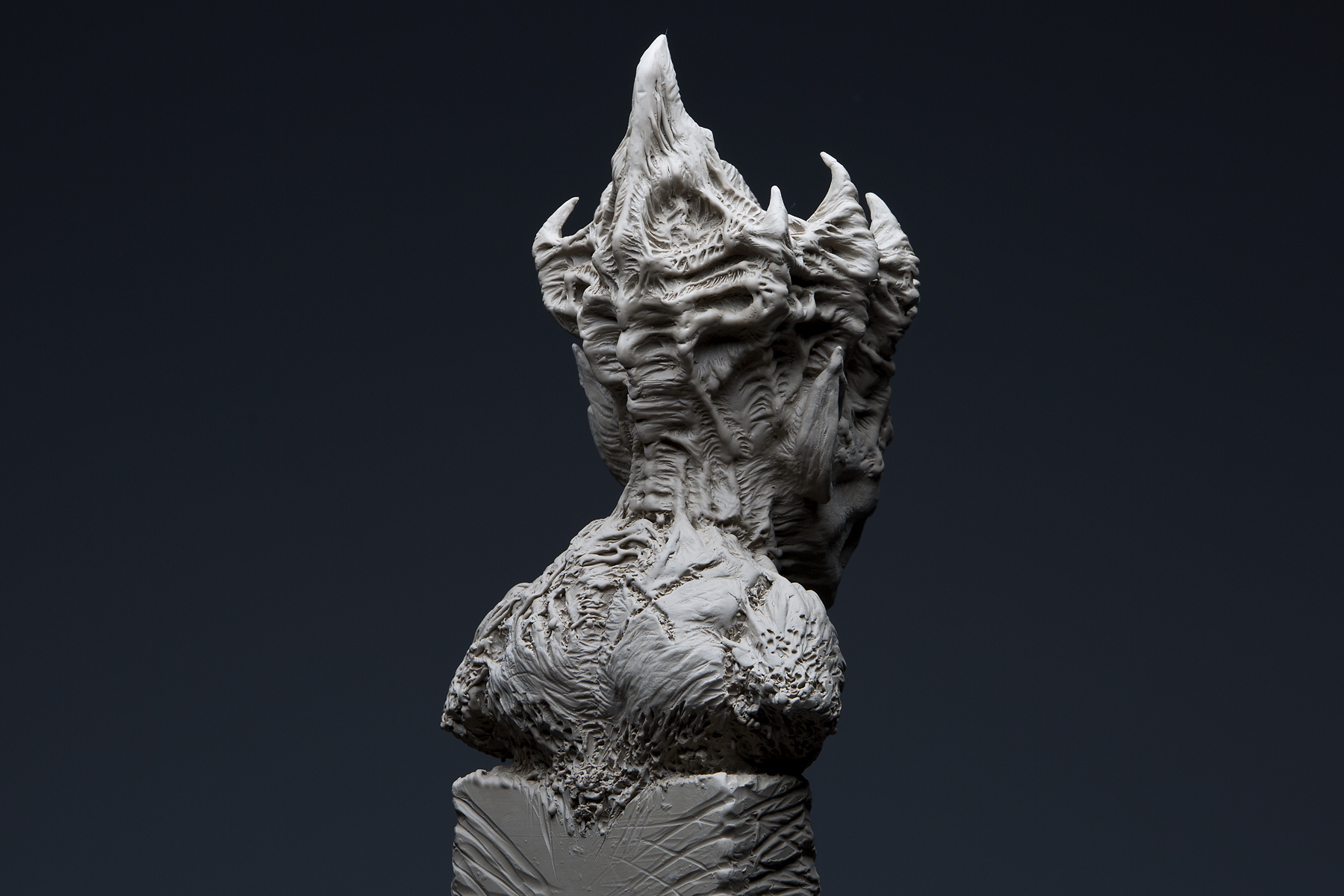 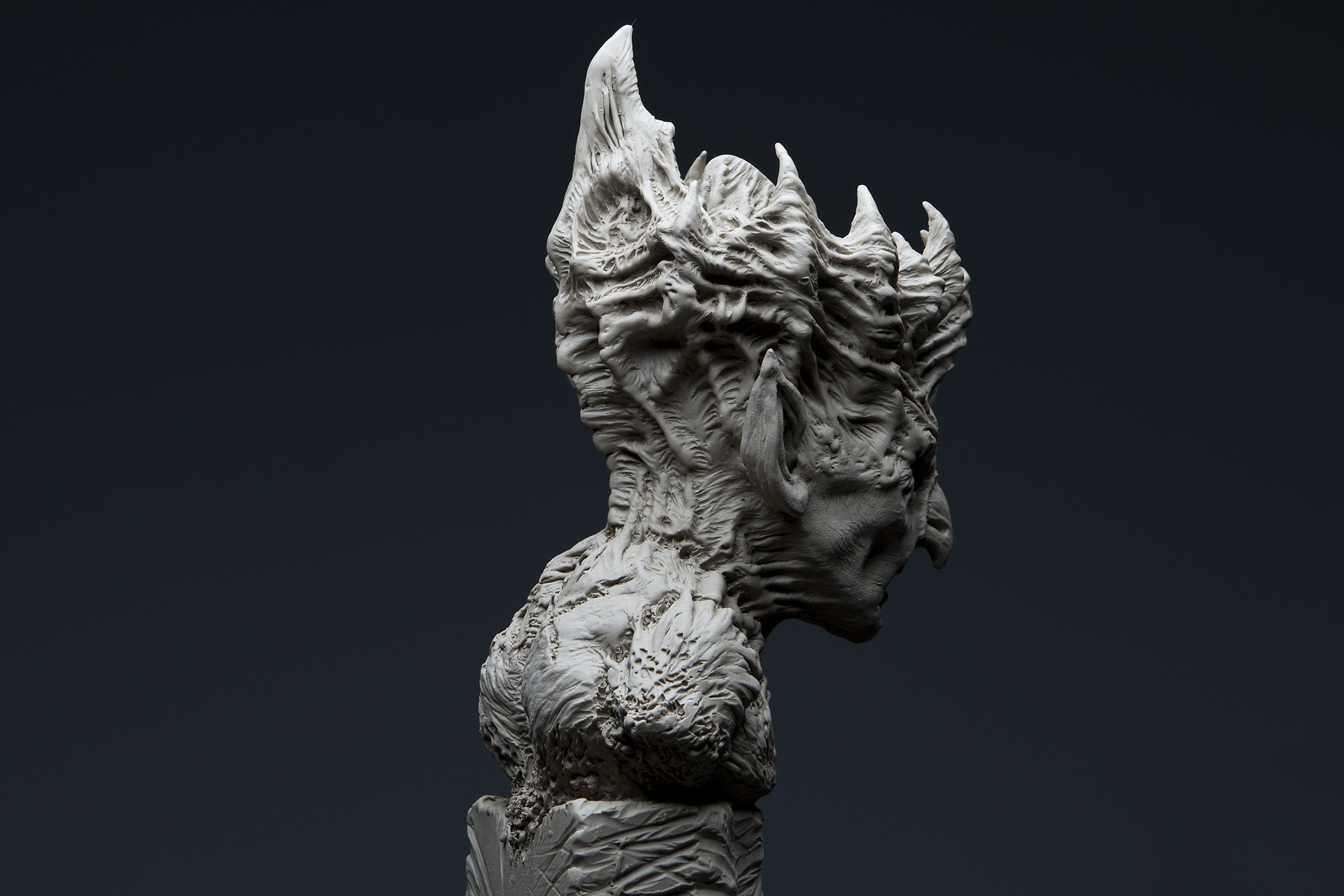 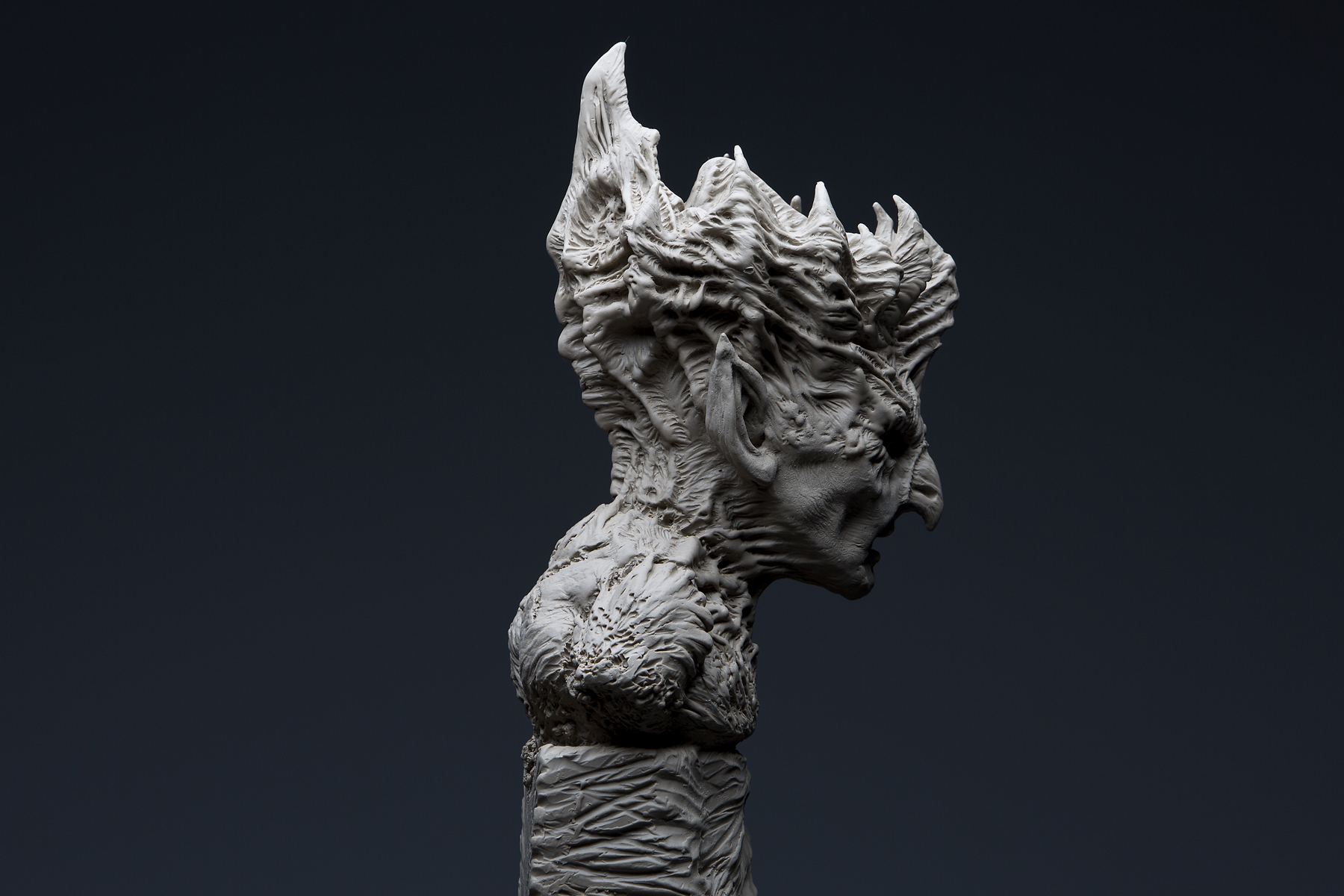 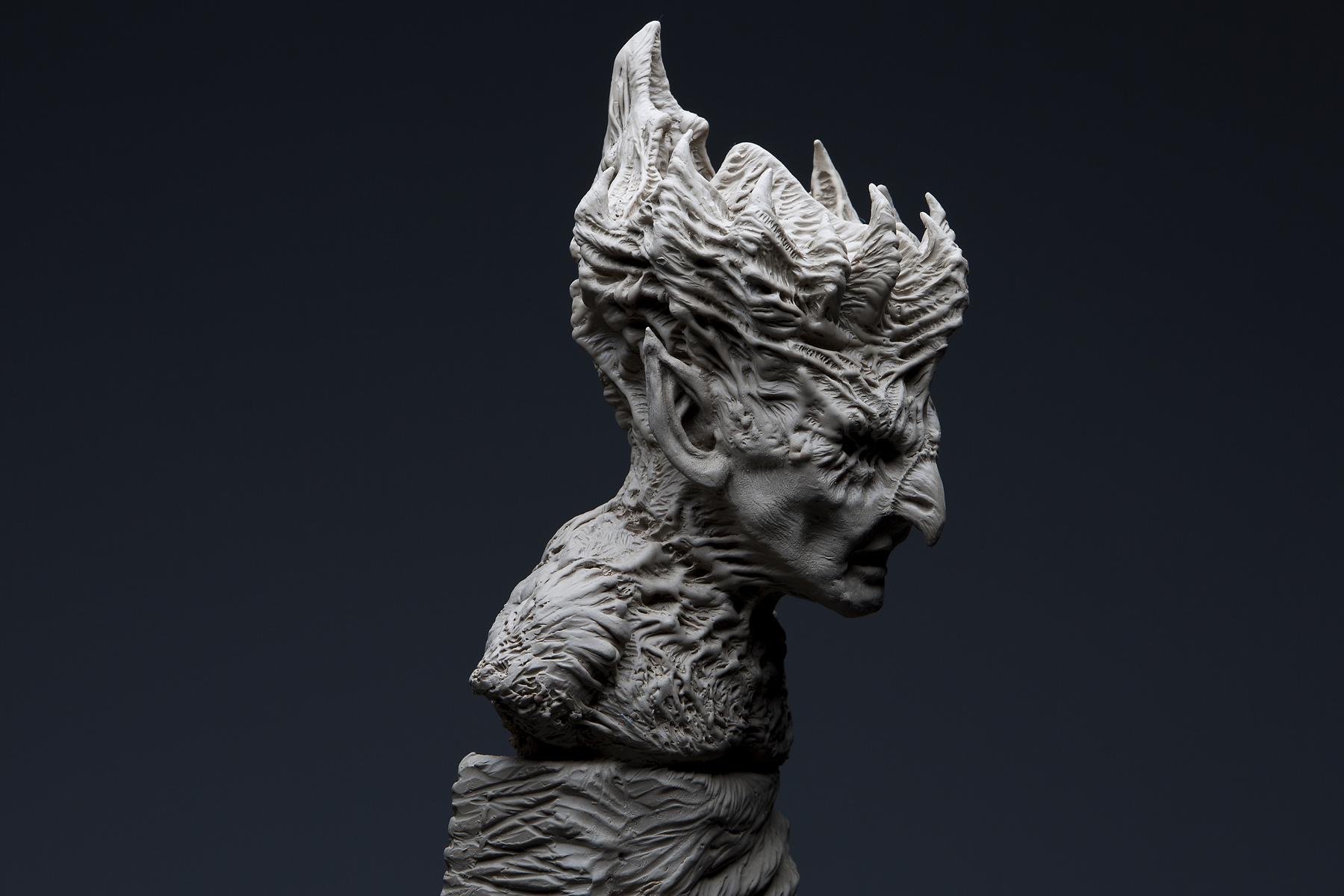 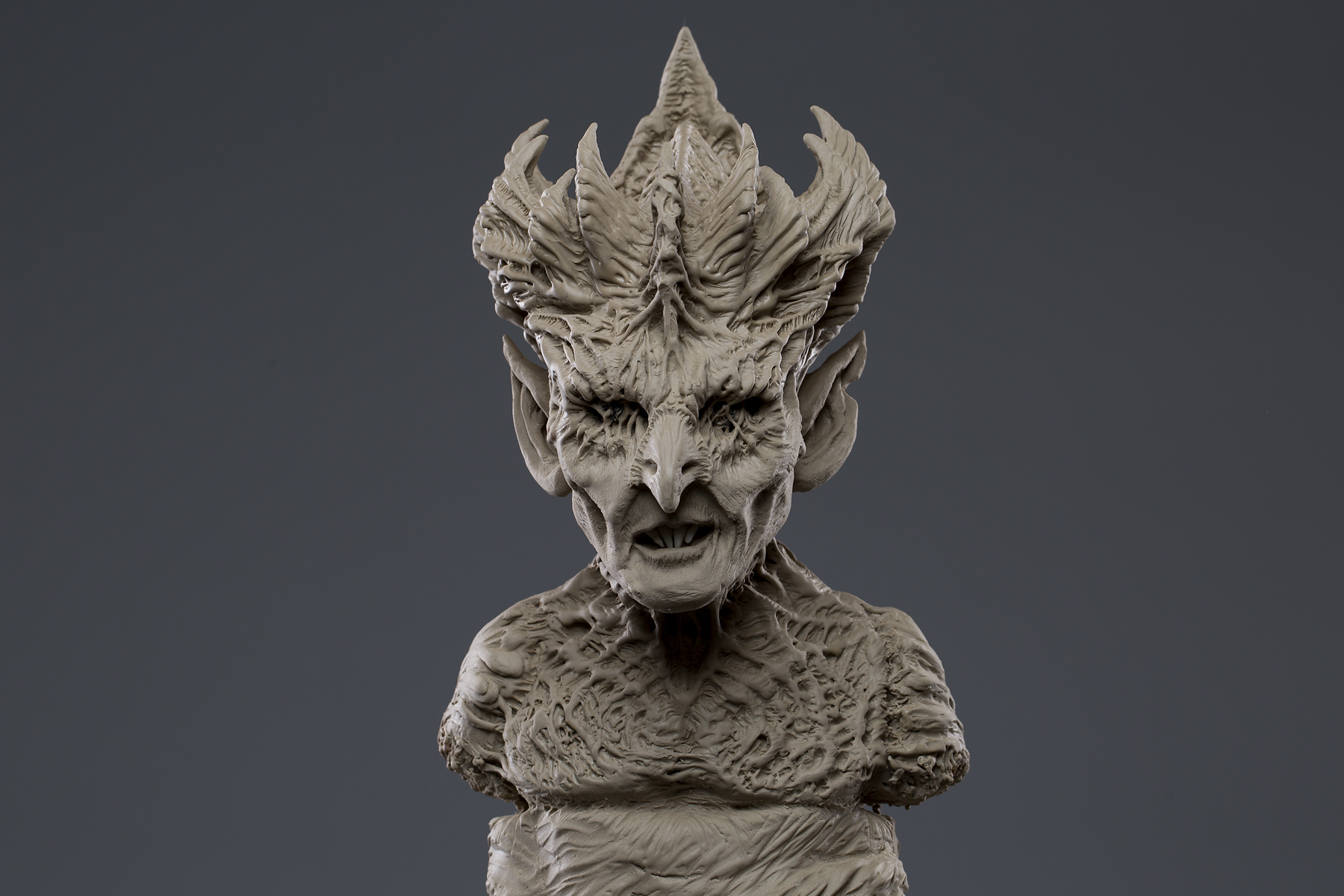 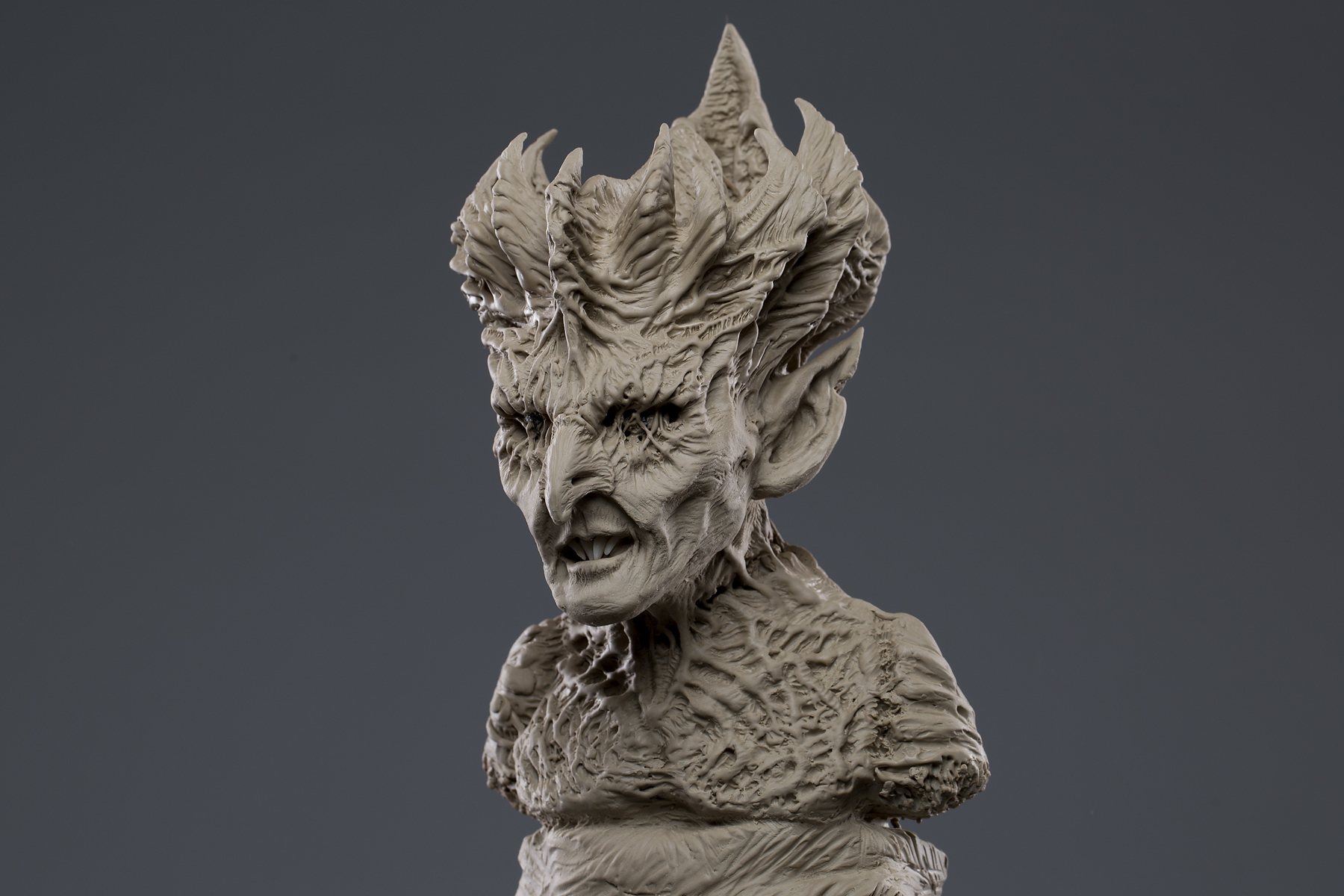 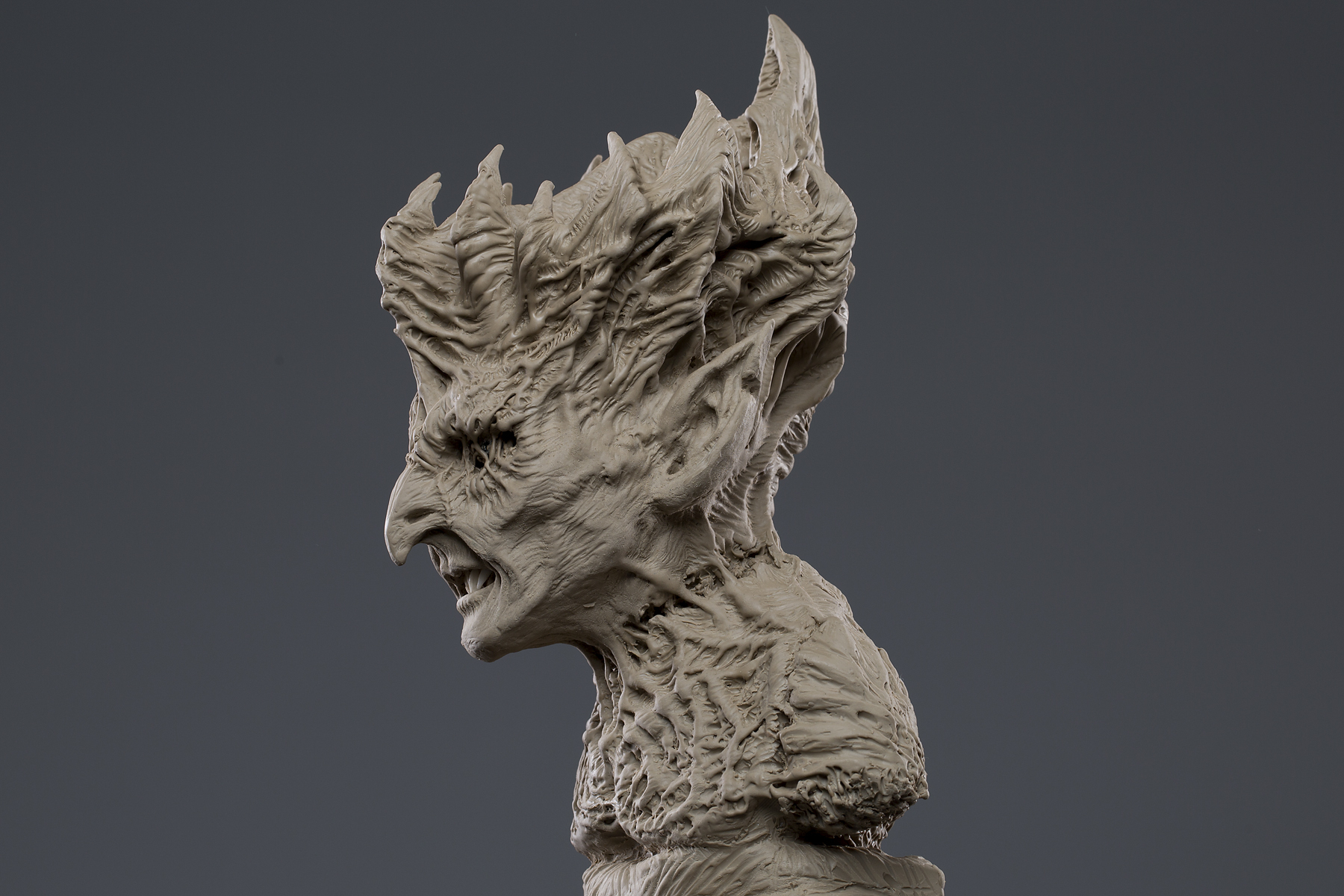 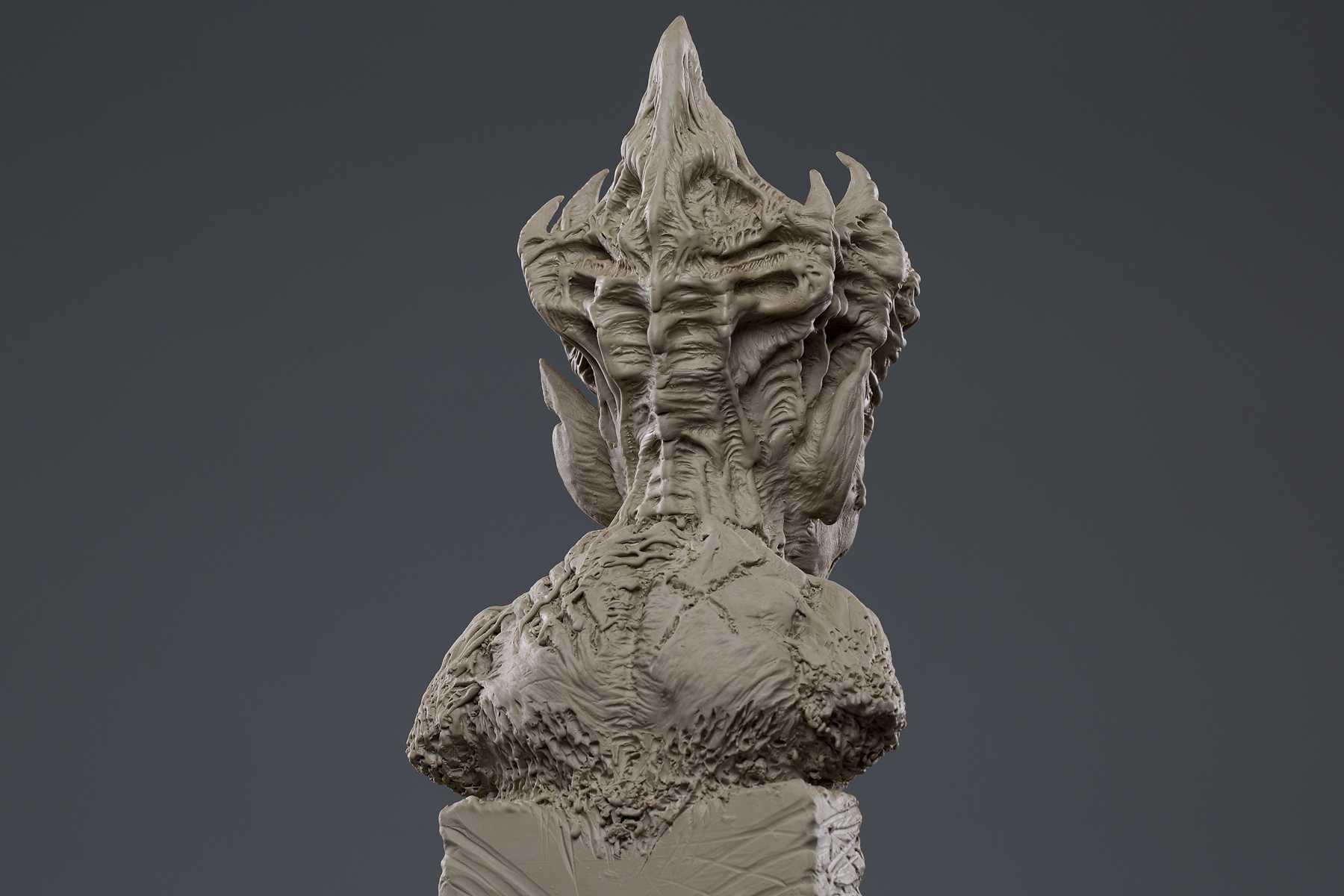 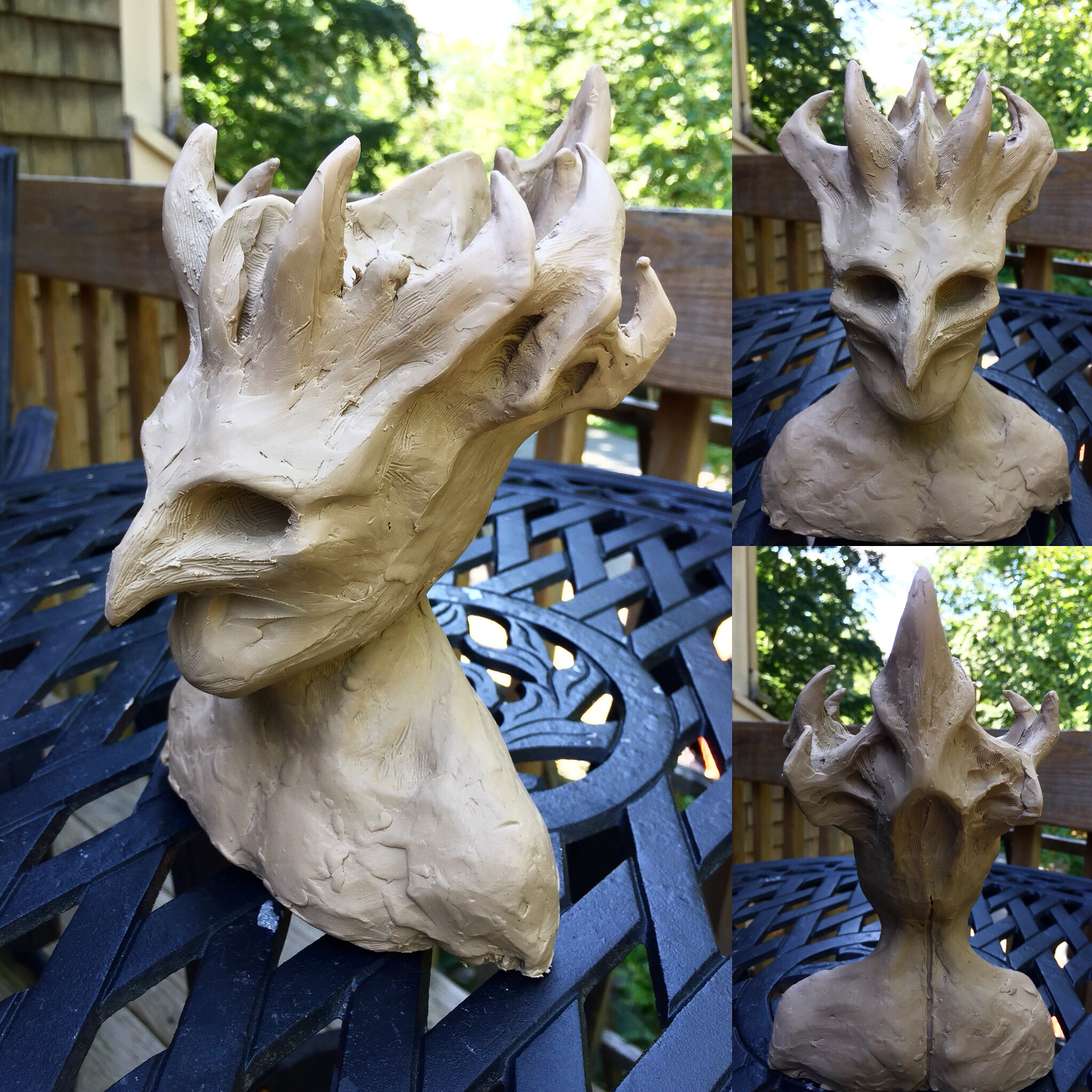 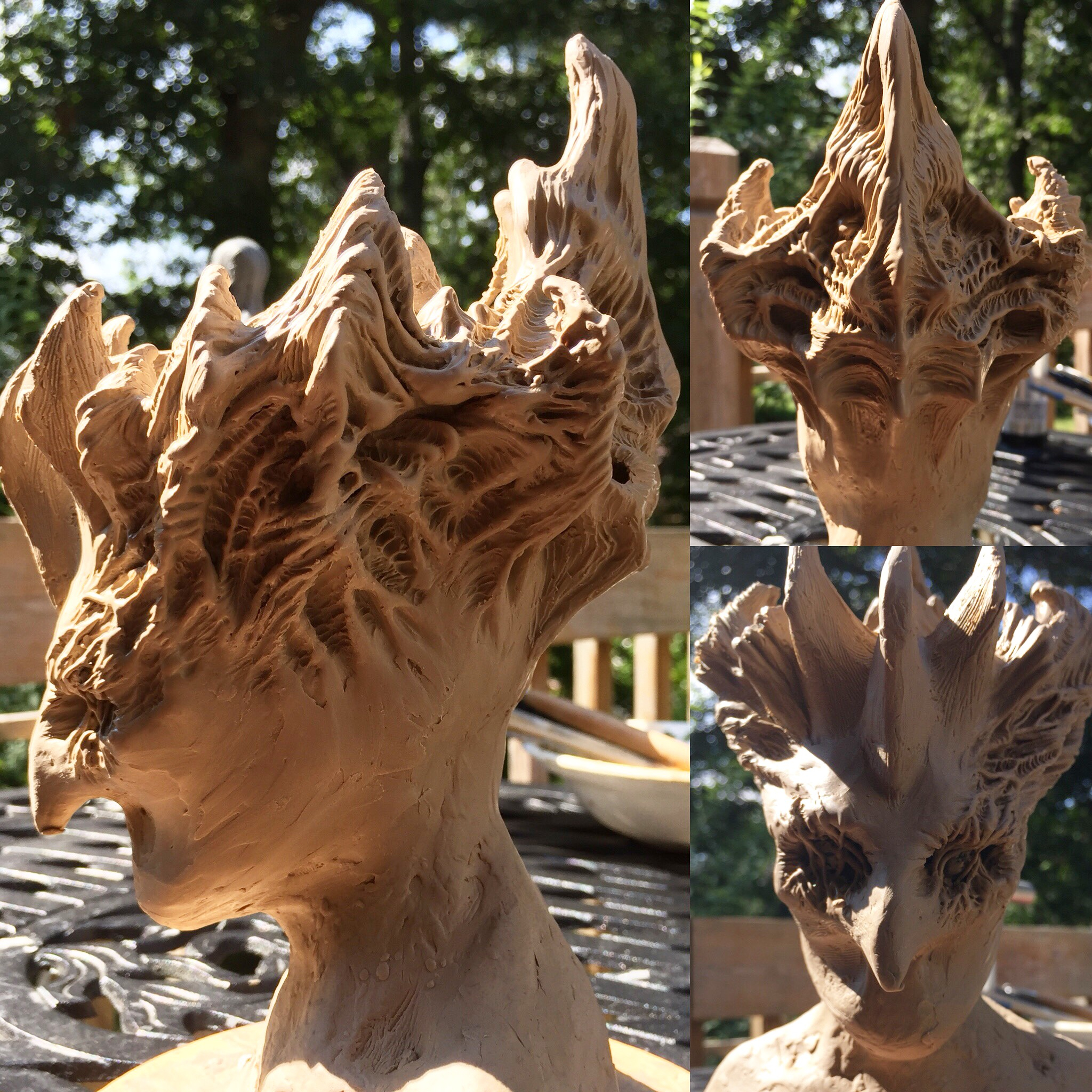 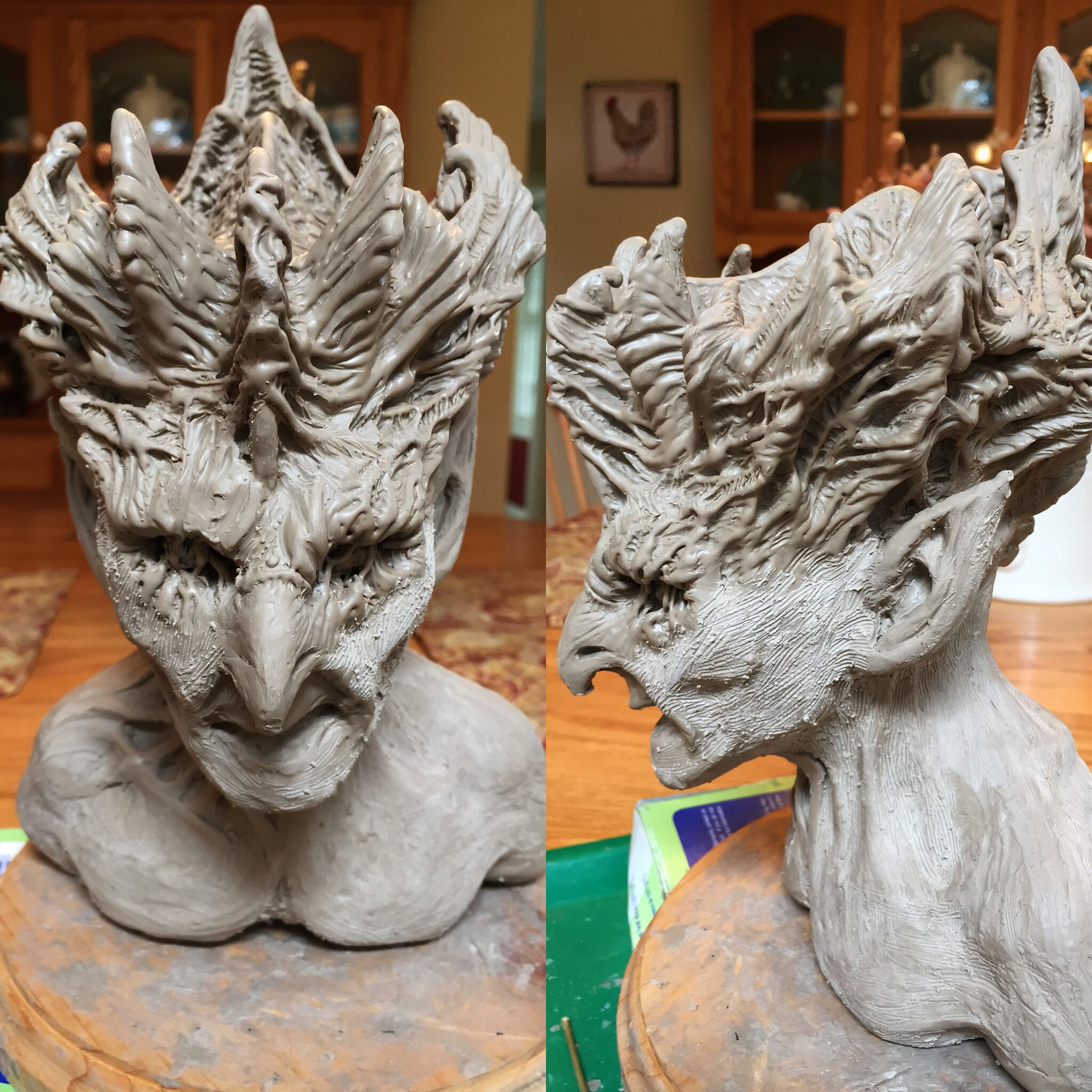