Baylen Becnel ✭
May 2019 in Character Sculpting Contest
When it comes to gifts, as a kid, I always liked making people stuff. In the beginning it was mostly a money thing (mowing lawns didnt net all too much) but later it evolved into more of a passion.
This particular gift was for a good friend of mine. For the longest time, we had always been nerds, and around his b-day (and still to this day) we had gotten into Dungeons and Dragons. From a fantasy standpoint, his favorite monster has always been the Mimic--a monster that hides as any kind of inanimate object, waiting for its unsuspecting victims. This particular mimic had taken the form of what adventurers seek most--treasure!
Inspiration and reference came from tons of images of mimics from the dnd universe, as well as a few fantasy games (Dark souls, yeaaaaa). Most of this was trial and error--some things worked out, and some didnt. Im not the best artist when it comes to hand-drawn stuff so sadly my weak point is concept. Over time as I work on stuff though, I find it easier to manipulate what Im working on into something that I like, and I am very happy with the result.
This particular sculpture is actually a dice tower and used pretty frequently in games. It sits roughly 16" tall or so--I didnt really take the time to measure.
The base was made with floral foam and some other hard foam (of which I forgot the name) adhered to wood. The material I used to sculpt with was epoxy sculpt. At first I hated it, but then I loved it once I got used to what it could do. In addition to my tools, I also used some pool filter pieces, denim, and a silicone skin press from monster makers (not sure the type, but it had a nice texture that I used for the base of where the dice would end up when dropped into the mimic mouth). 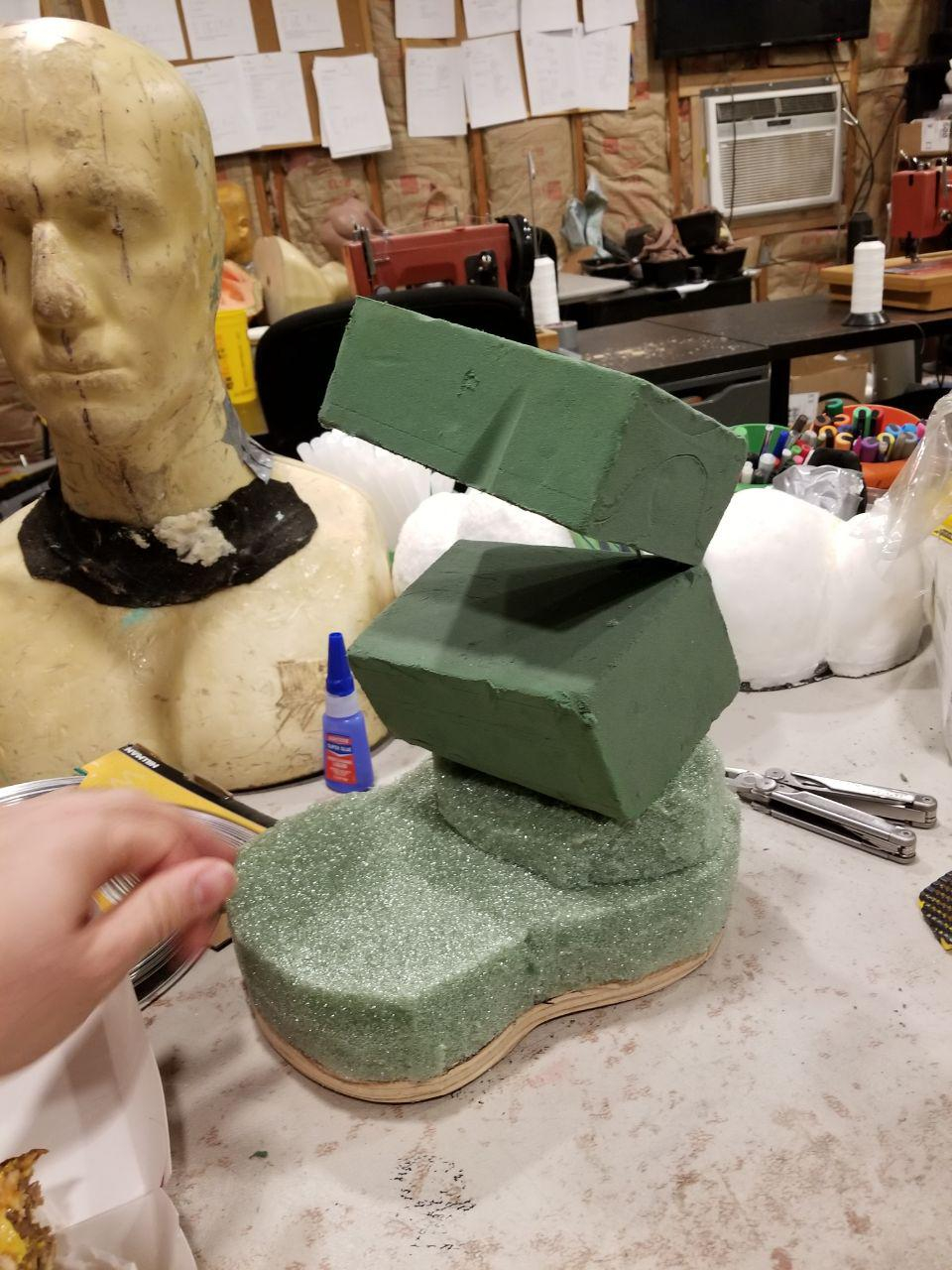 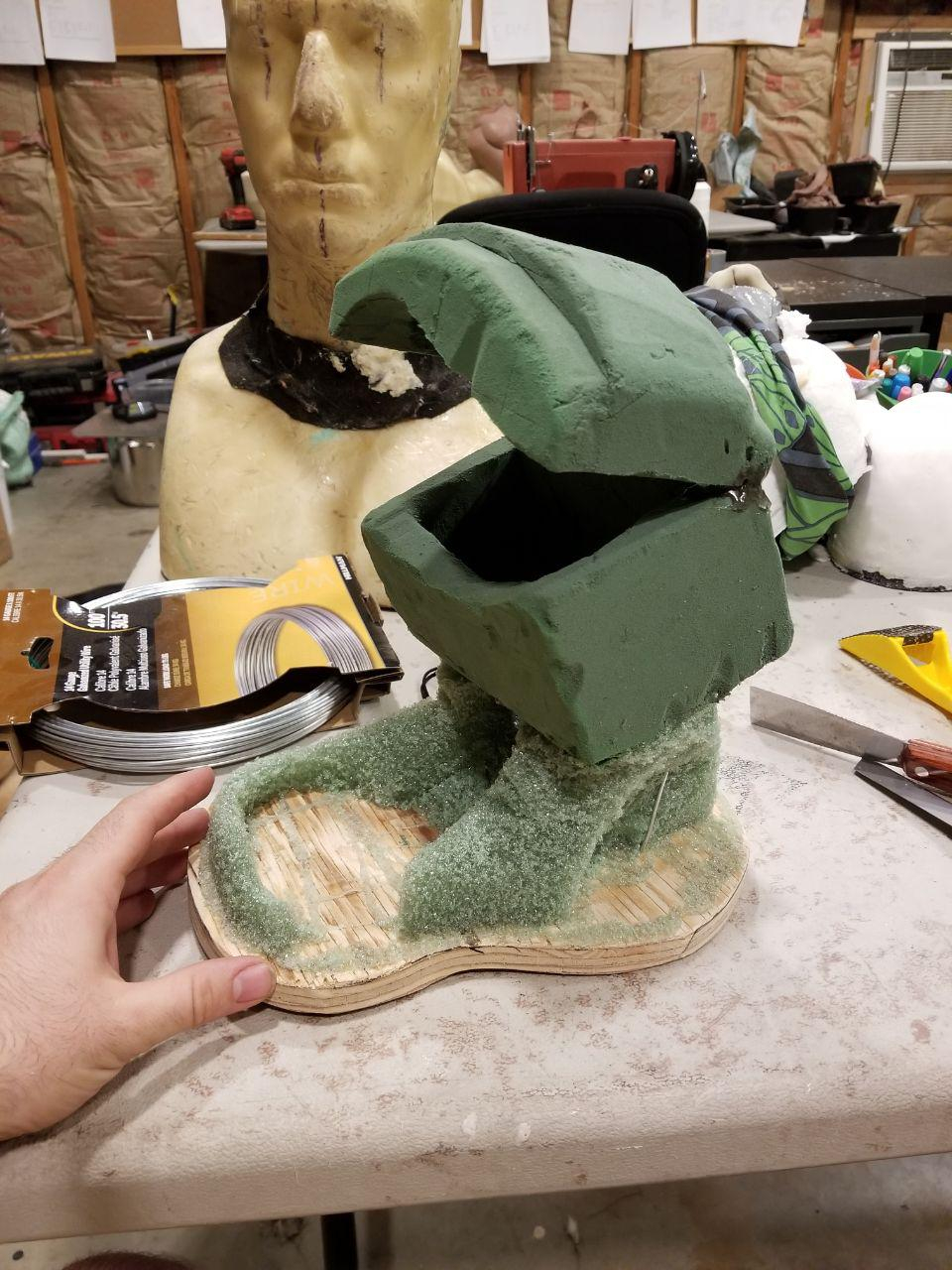 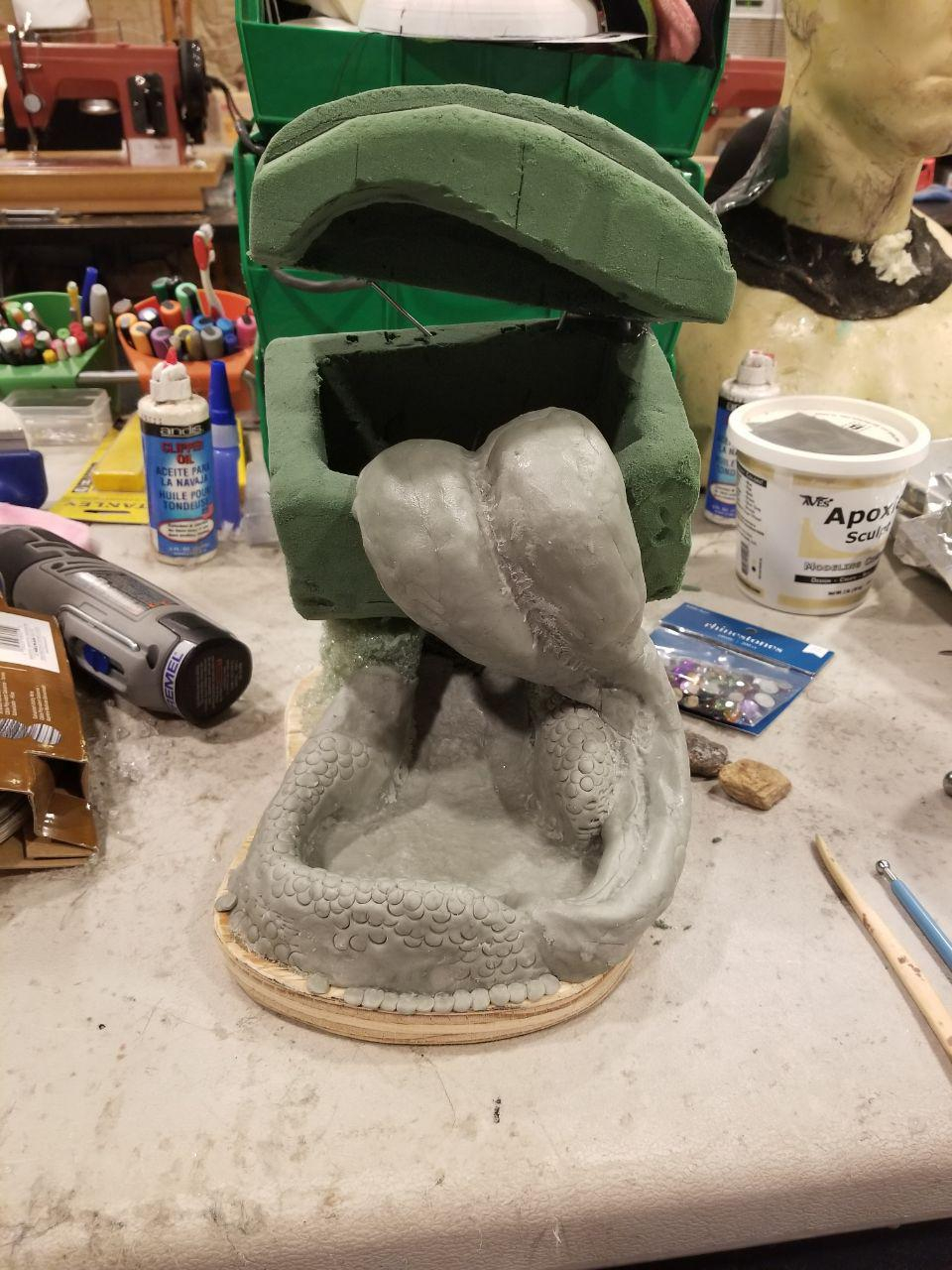 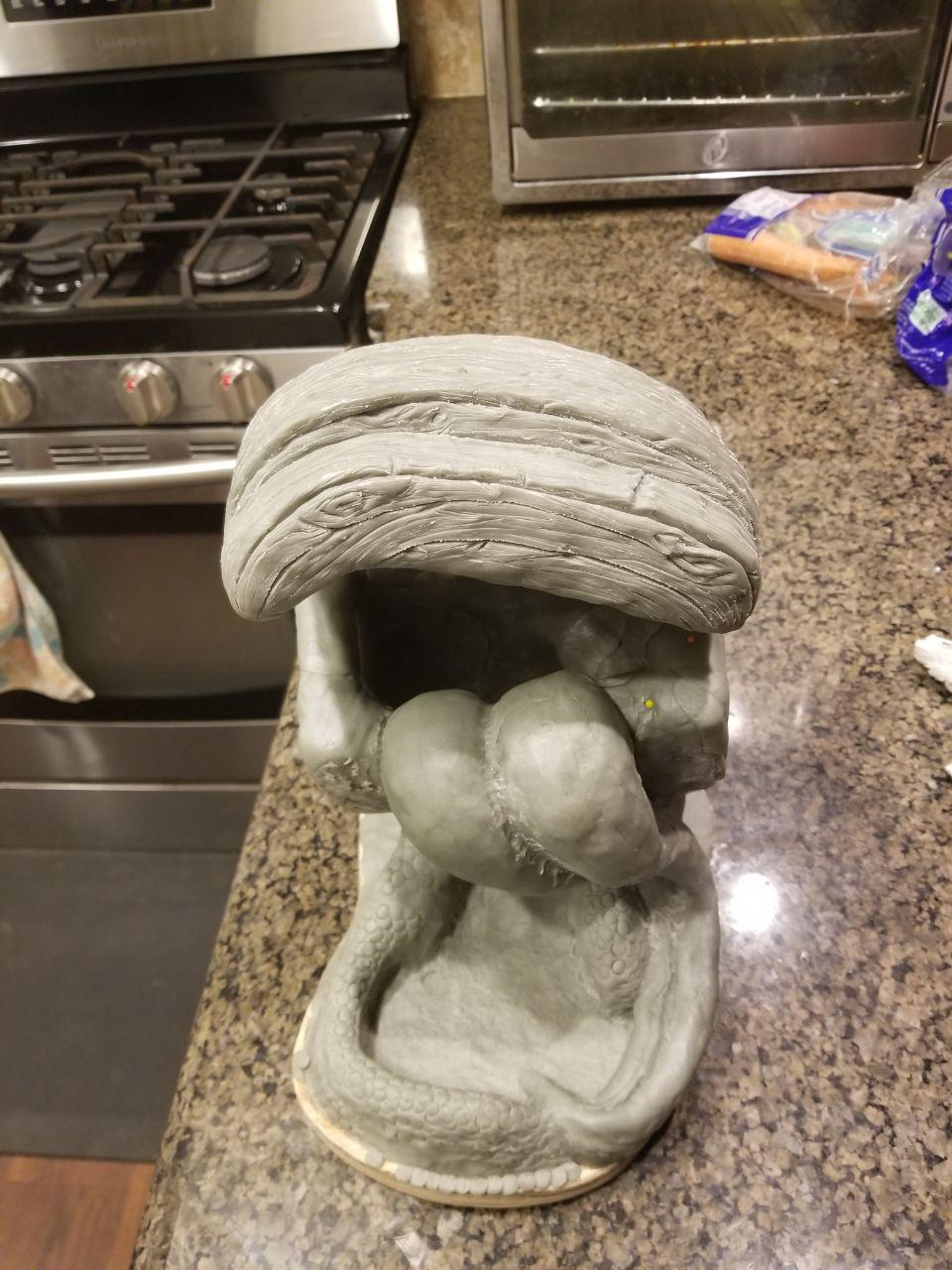 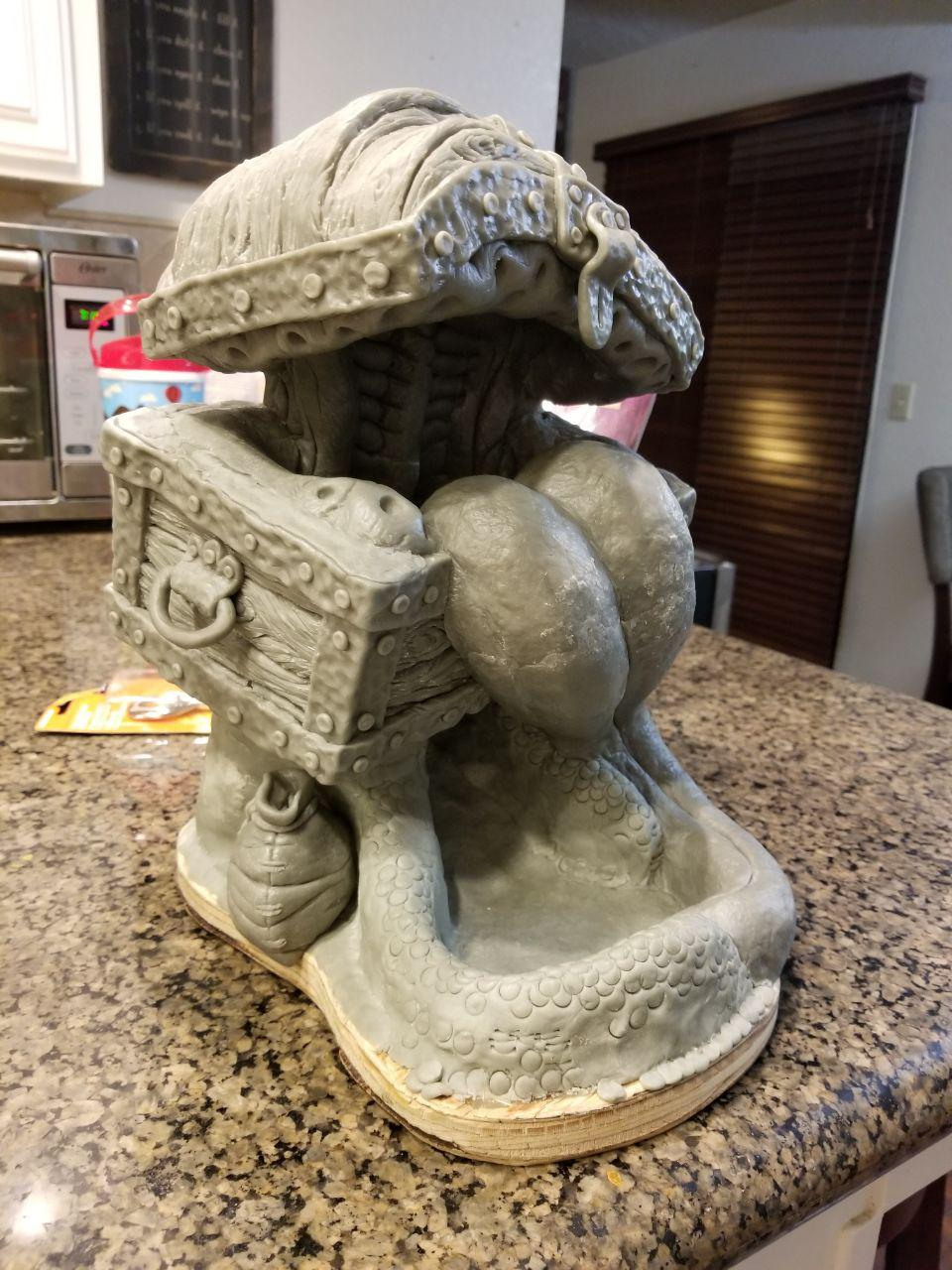 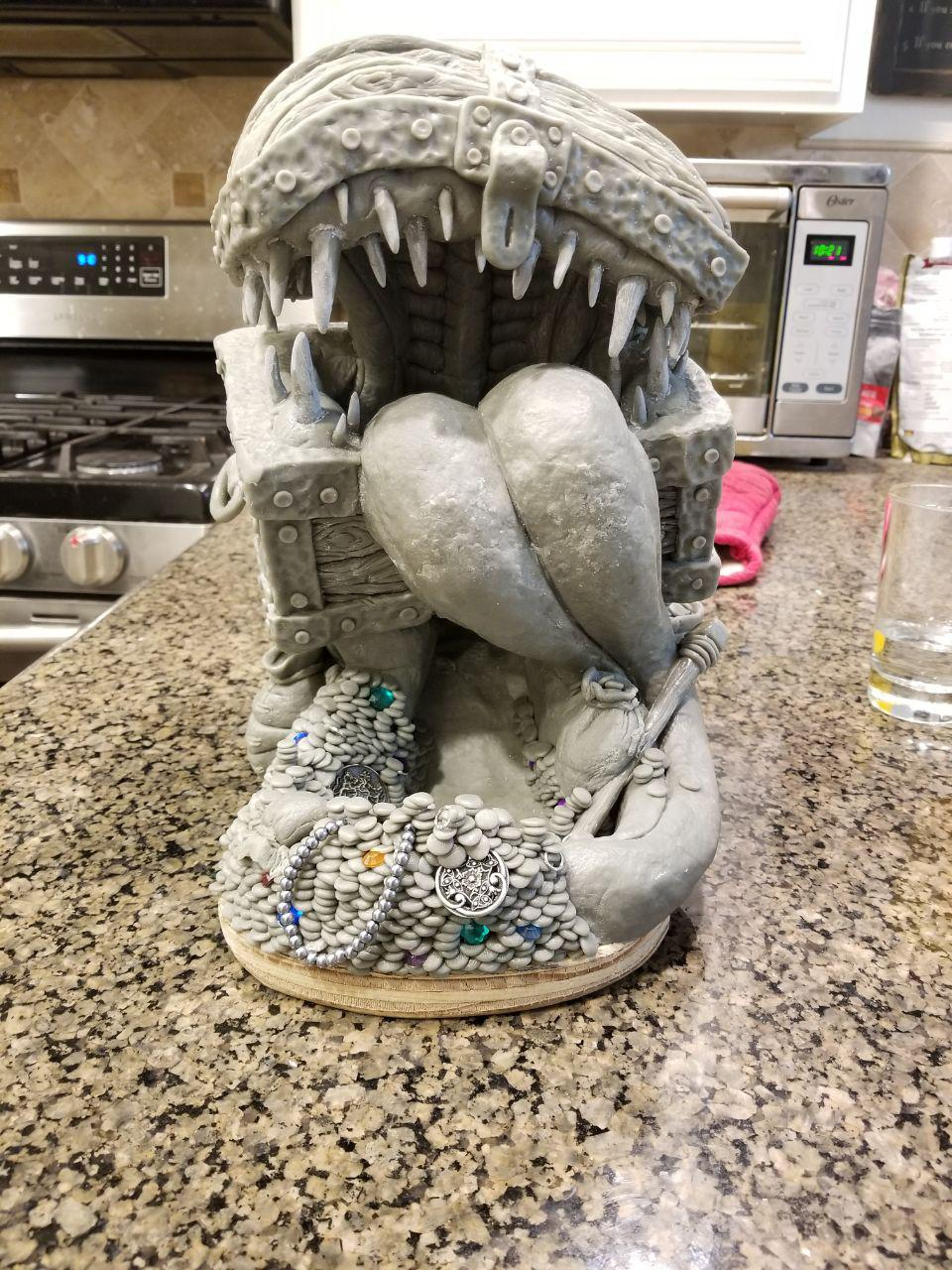 And then the finished product! (note, a few things were lost in the treasure pile; accidents happen!) : 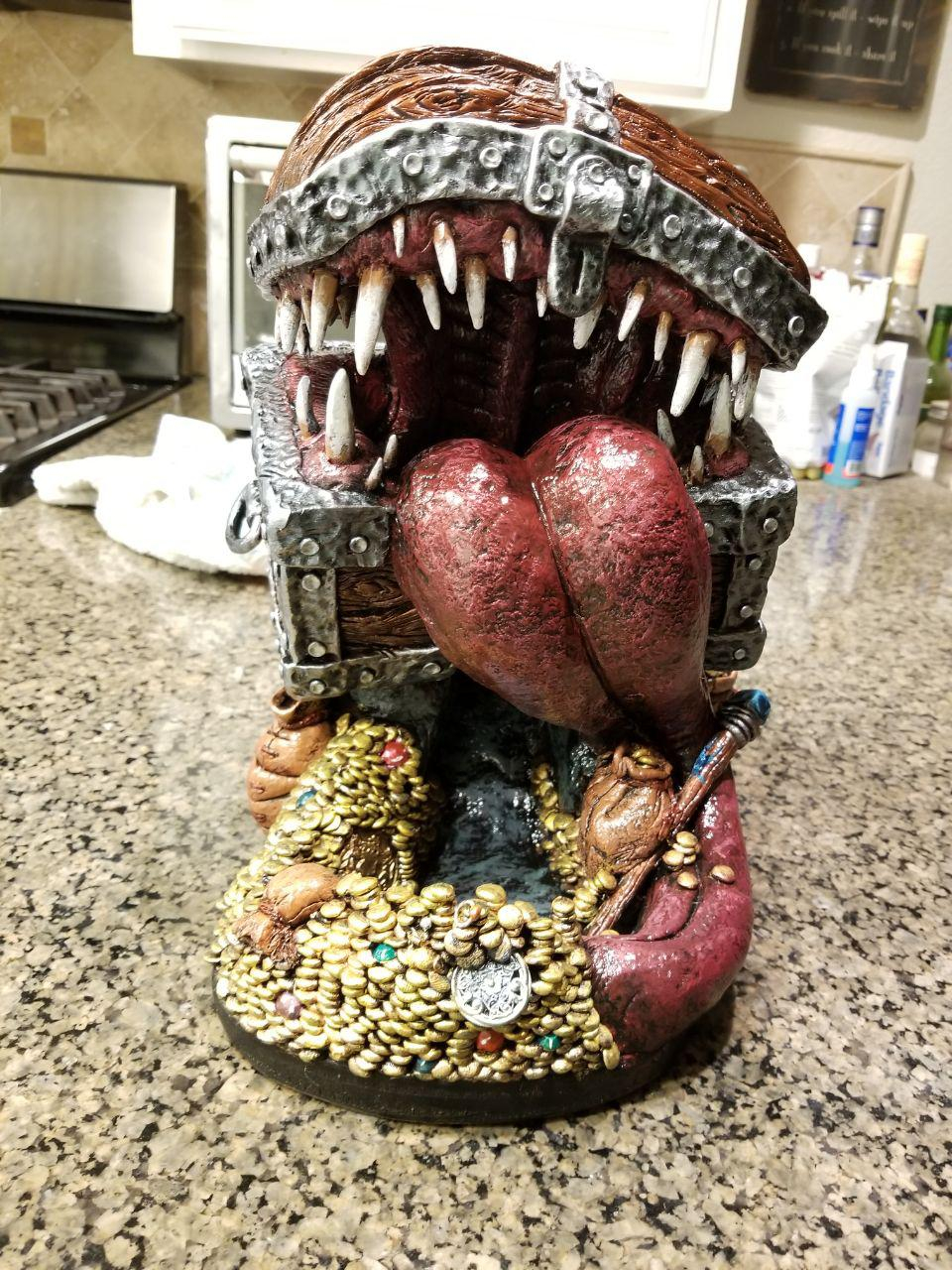 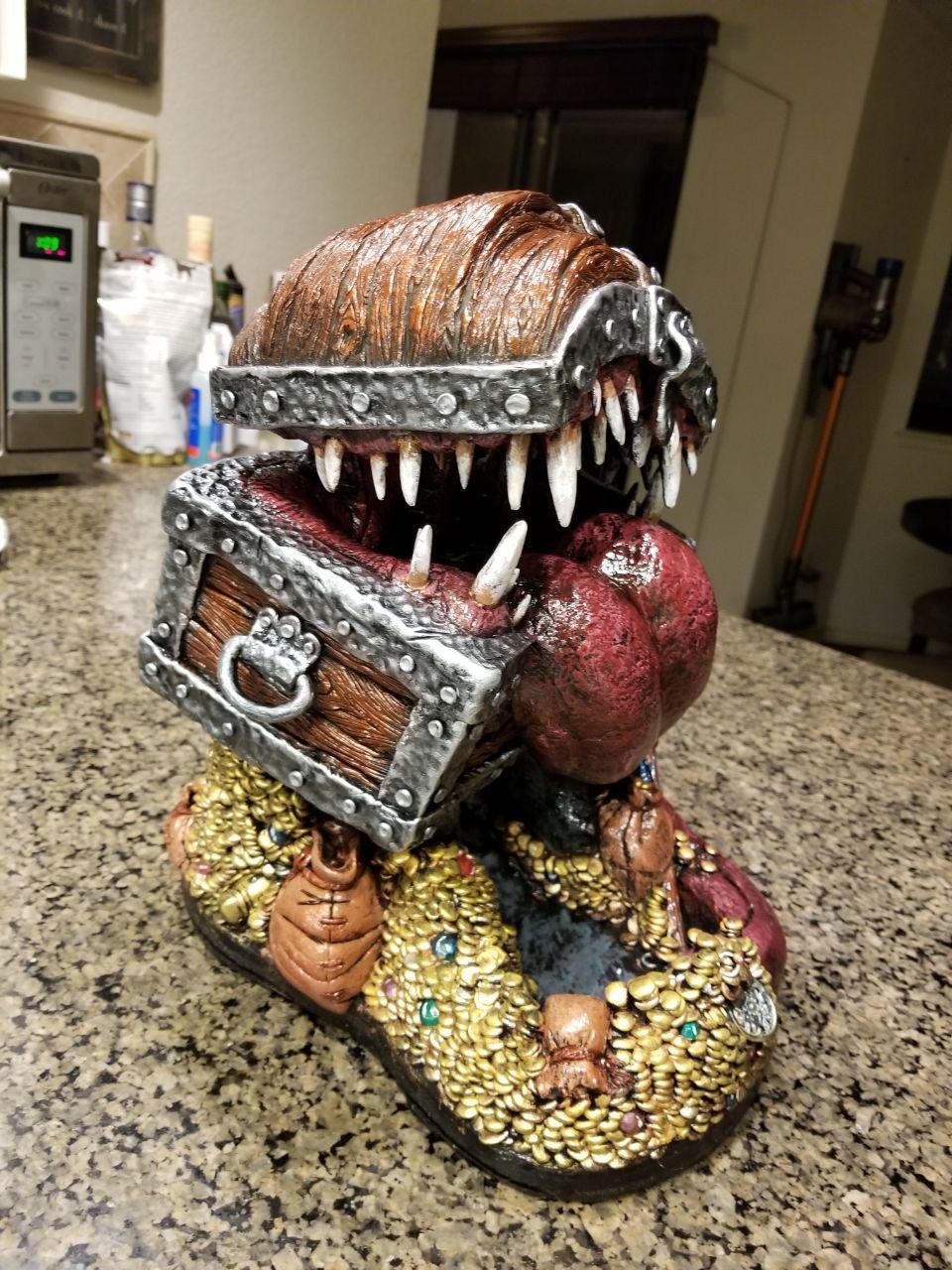 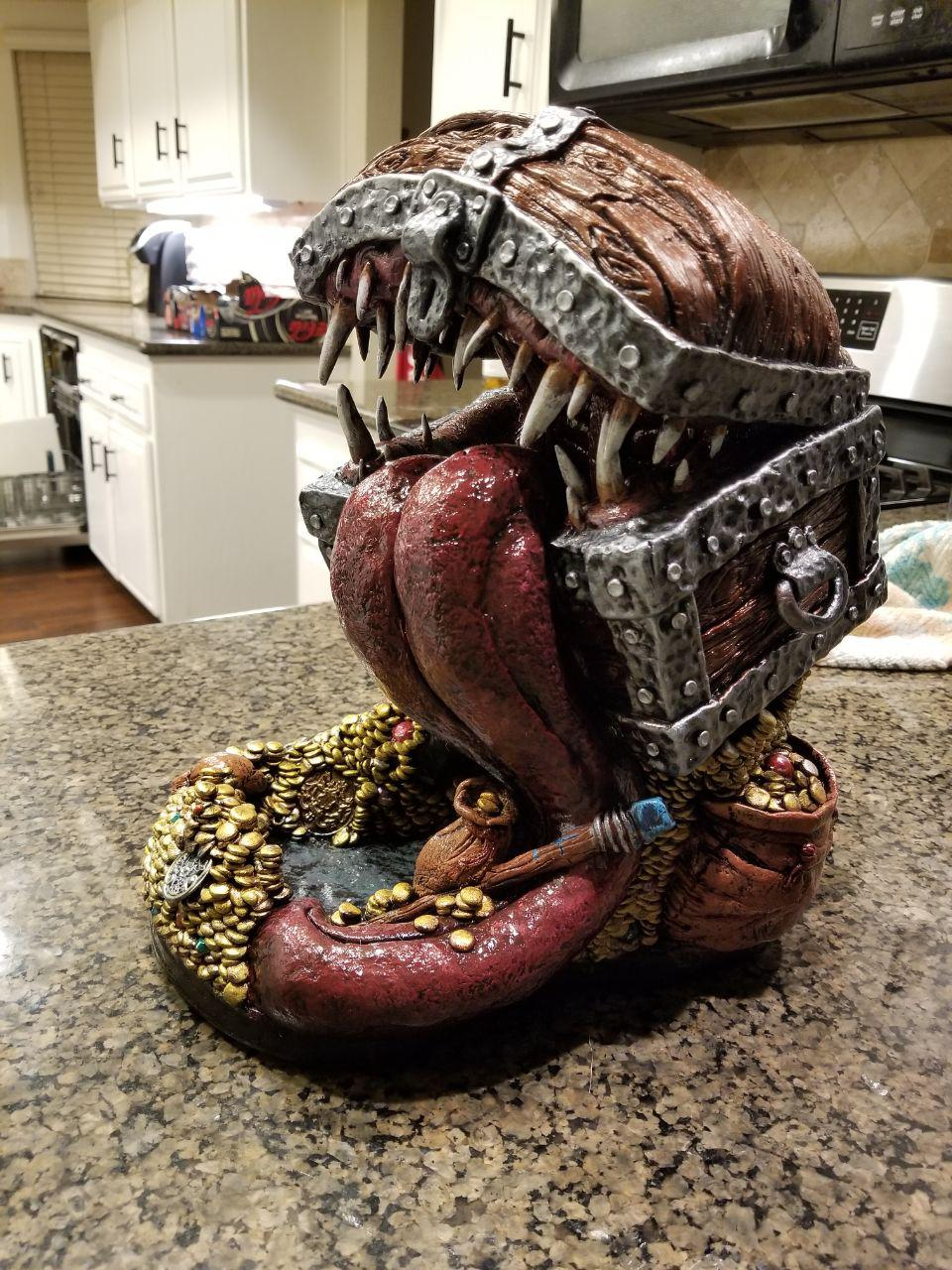 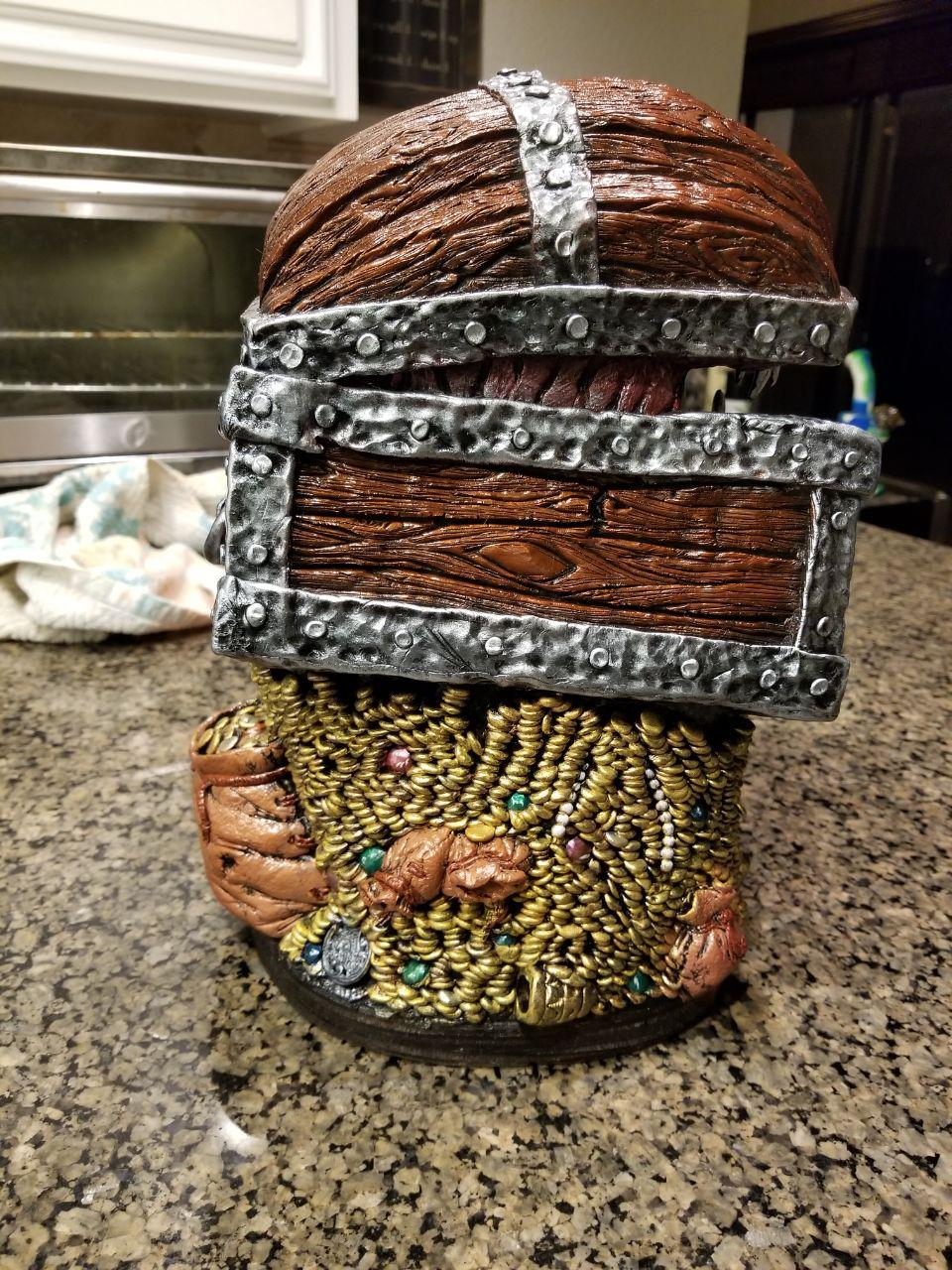