My idea behind this this Predator biohelmet is that during the future war between Skynet and humanity, a Predator visits the Earth for a hunt. As usual, the Predator just observes his prey before deciding if any in the area are worthy game. The humans are still impressive, but there is something new, that he's never see before. It has captured his interest. The Terminator. Two versions exist, one with skin and the other without. He chooses a skinless version and proceeds. Ultimately, he does prevail, and brings back the endoskull, and its energy weapon for his trophy wall. This was such a satisfying hunt, the Predator designs a new biohelmet, in tribute to his latest victory. We call it the Endobio (bio is short for biohelmet).

Casey McCabe  did a sketch for this bio back in 2014 with input and direction from me (Richard J. Kisielka). After a lot of back and forth, I came up with the idea to use casts of the Terminator Endoskull temple details in the cheeks of the bio. Once the sketch was finalized, Jason Nelson was asked to pen it up as he does really nice line work. At this point it sat in the Casey’s “things I would like to sculpt pile”. In the few years after the drawing Casey had gotten to know his now good friend Brandon Croslin, who in just a few short years has grown at lightning speed as an artist, sculptor, mold maker, painter etc. Casey knew that if anyone could pull this off, Brandon could. Casey brought the idea to me. I trust Casey’s opinion and I commissioned Brandon to sculpt it. He deserves all the credit in the world on this project. He molded the bio twice to get a rigid cast to be able to sand smooth and mold again. It was a massive project. Casey made some of the details like the custom laser housing and the small circles by the cheek details (which are possibly hose attachments for air filtration in toxic atmospheres) by the cheek details, and Ruben Morales 3D designed the temple detail. It is awesome to collaborate with so many awesome people. The first one was set aside and will be sent to me after the New Year 2019. It is a pleasure to see my dream come alive thanks to all these talented and great people. 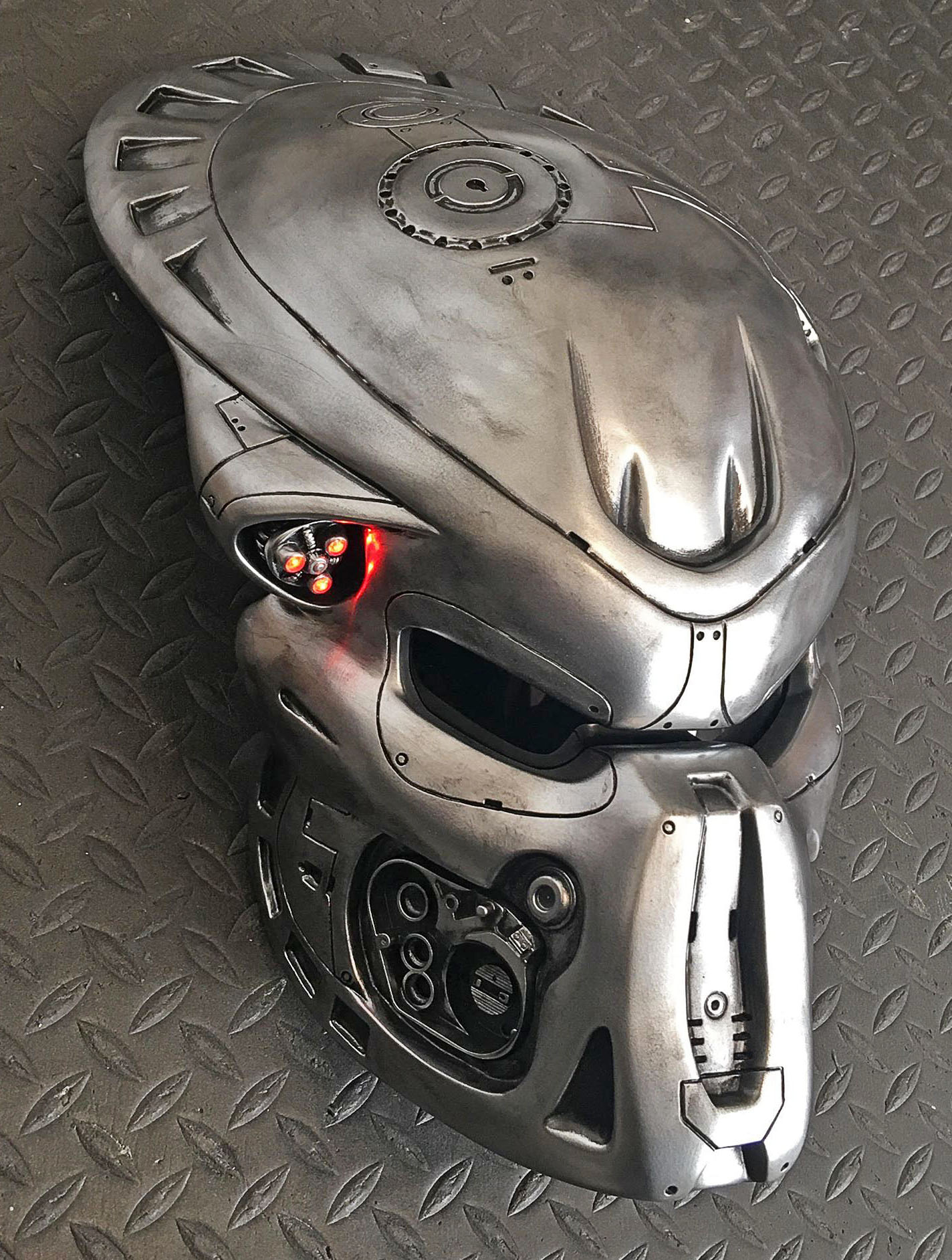 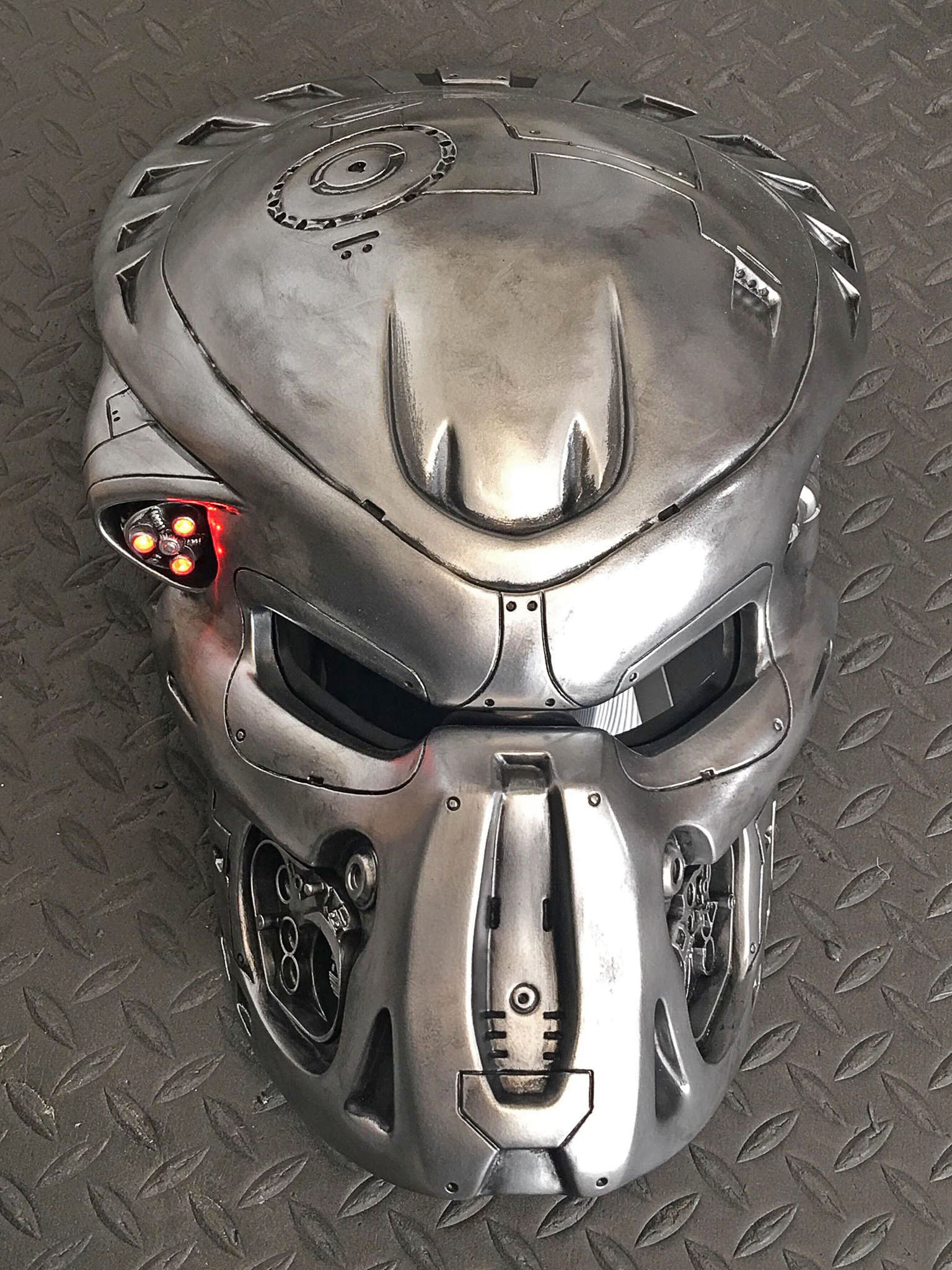 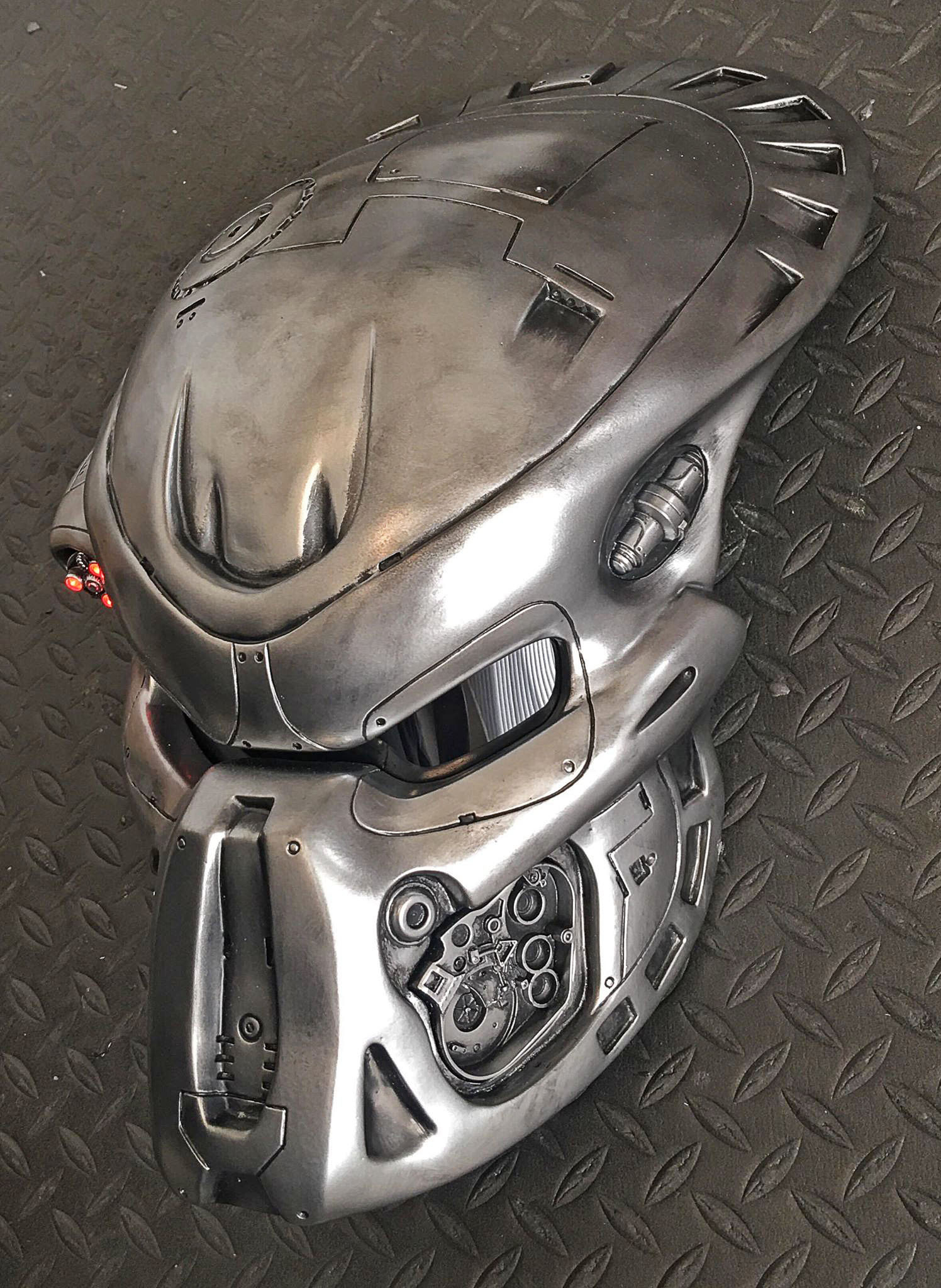 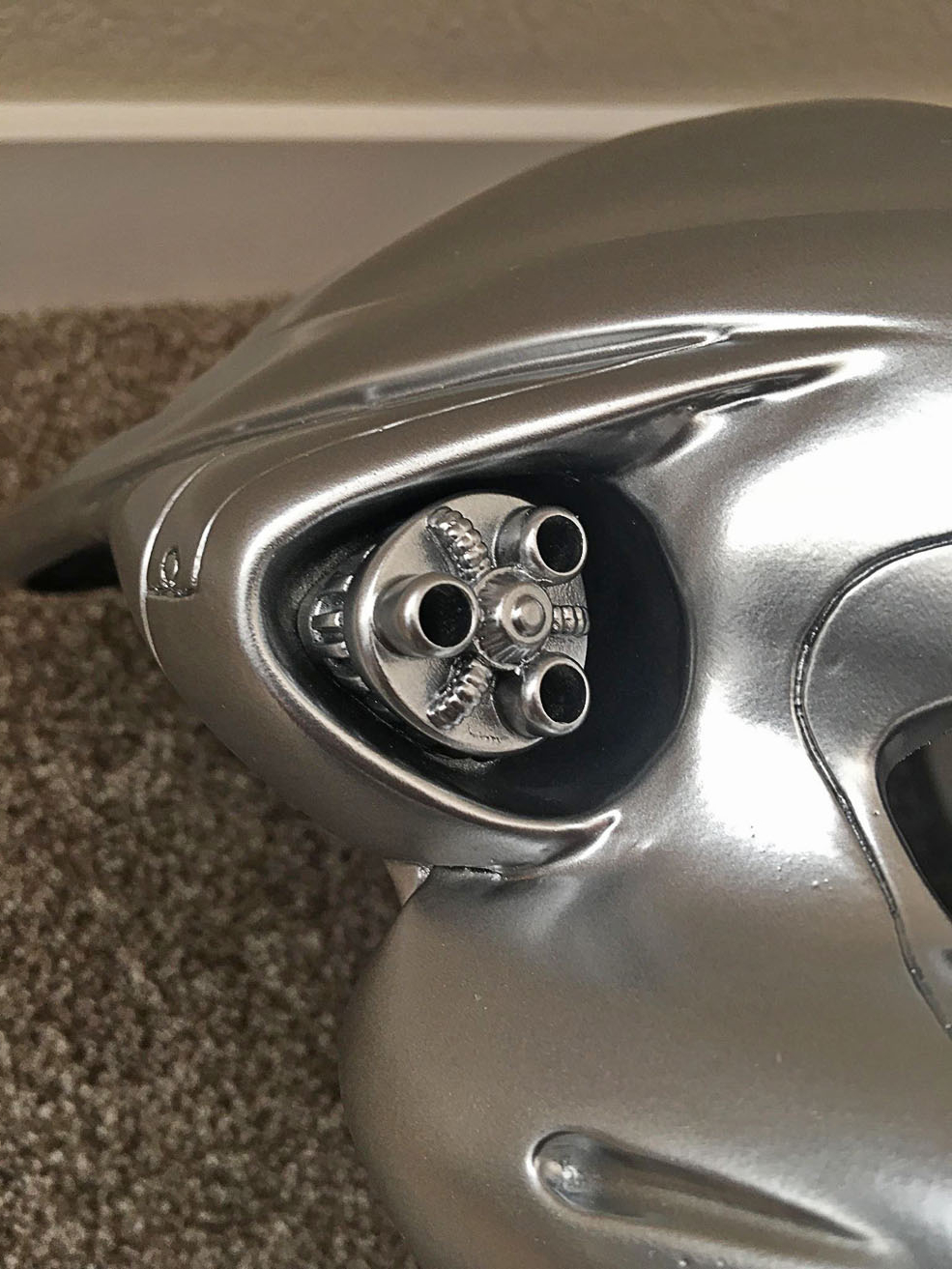