This has been an awesome adventure so far, and I’m not nearly done. I wish I’d discovered my love for costume making when I was a teen.

I usually do crazy hair and sew fancy gowns for Halloween, so when a co-worker commented that I’d likely do something ridiculous like make a dragon, I accepted the challenge.

Below is the final mask that I wore to work today for our anual halloween party. I want to use what I"ve learned so far and make a whole HUGE body that is in scale with the mask. After this I'll add the "in progress" images. 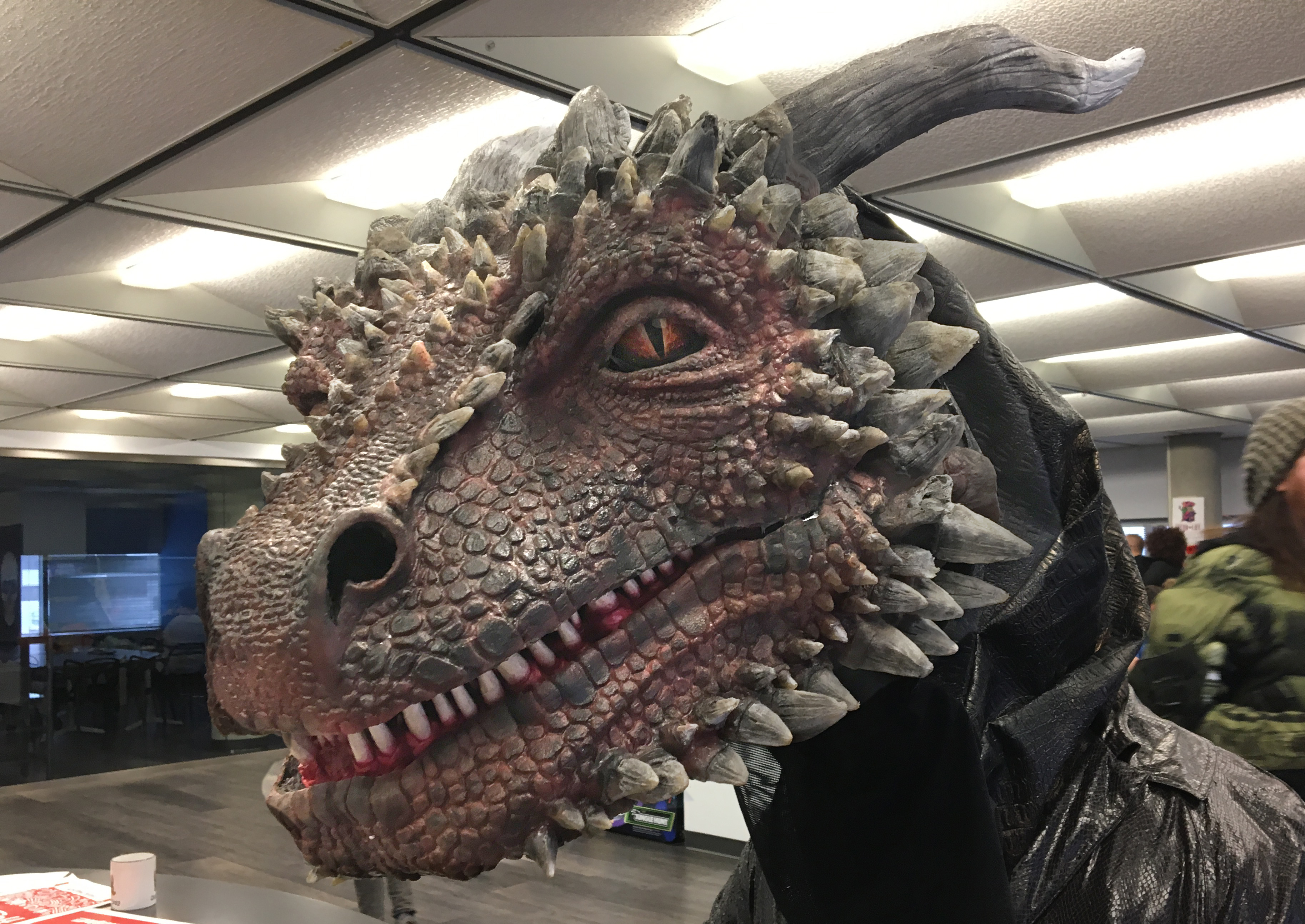 Below is a good size comparison. My neighbor wanted to kiss the dragon for some reason. 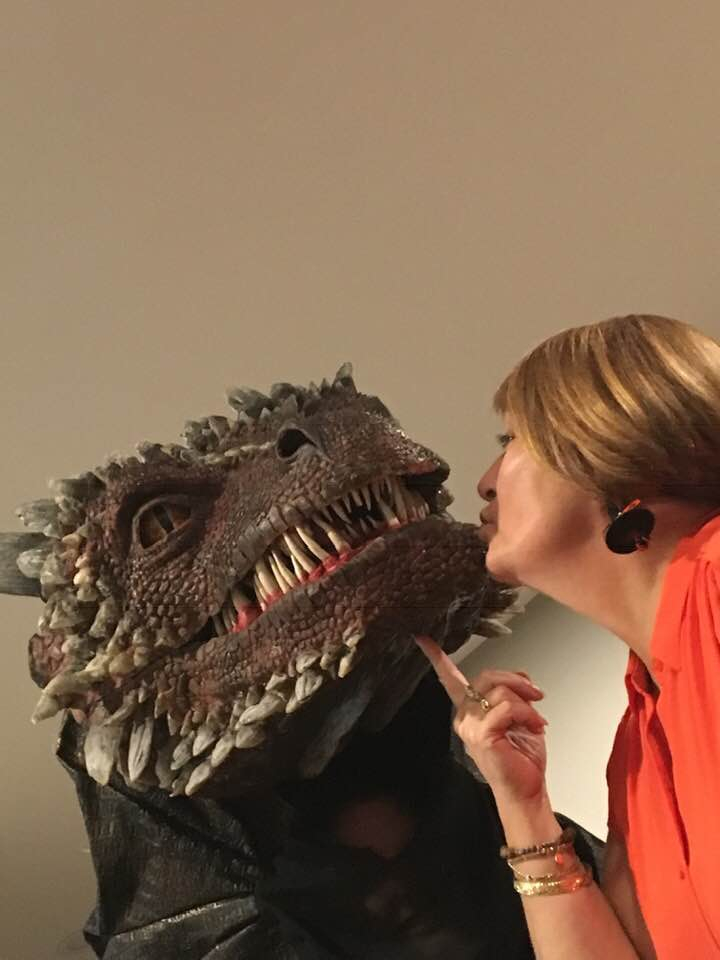 Learning as I went I originally sculpted the head out of upholstery foam. It wasn’t until I’d finished that I realized the weight of it and that my neck could never support it. 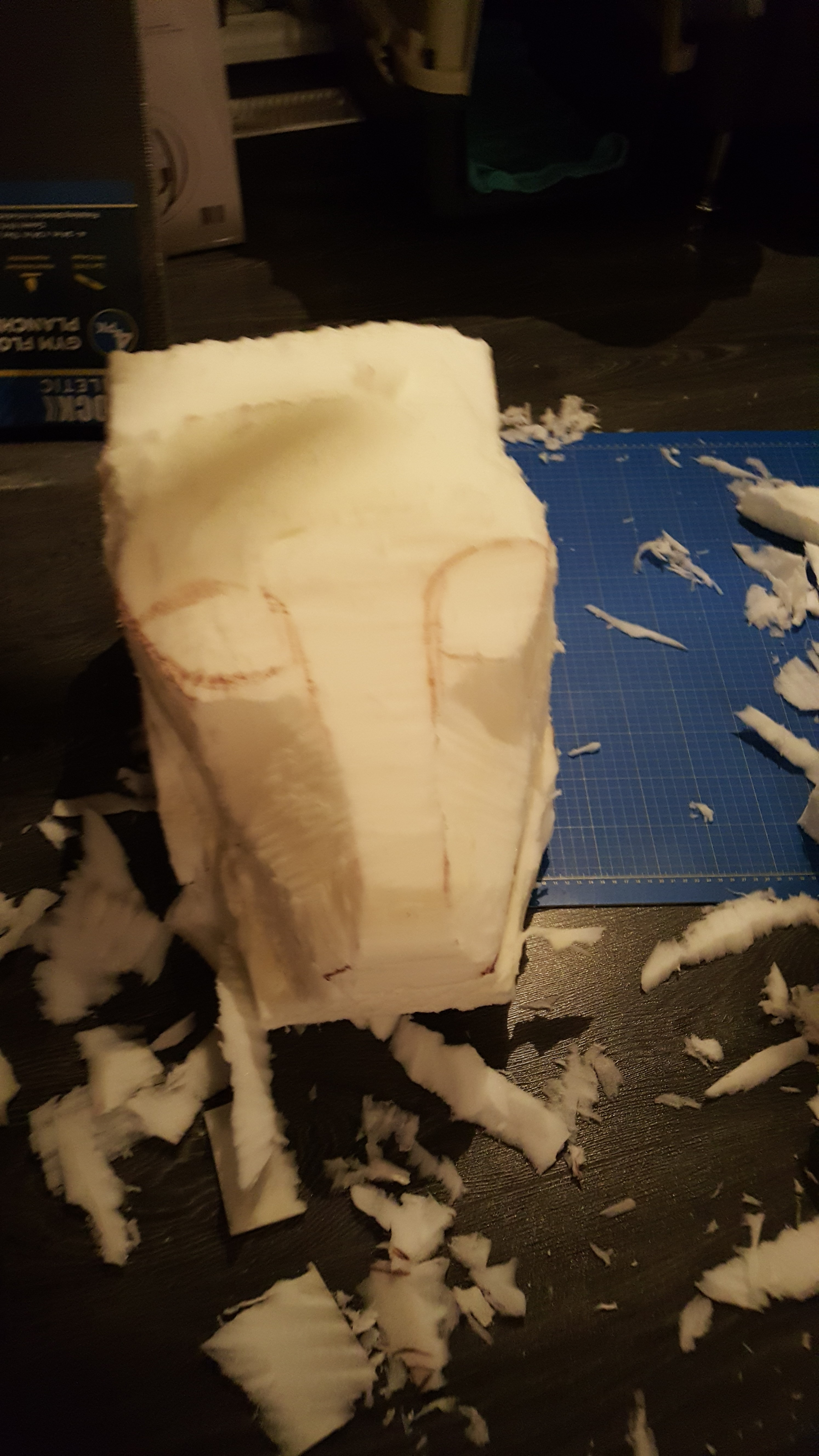 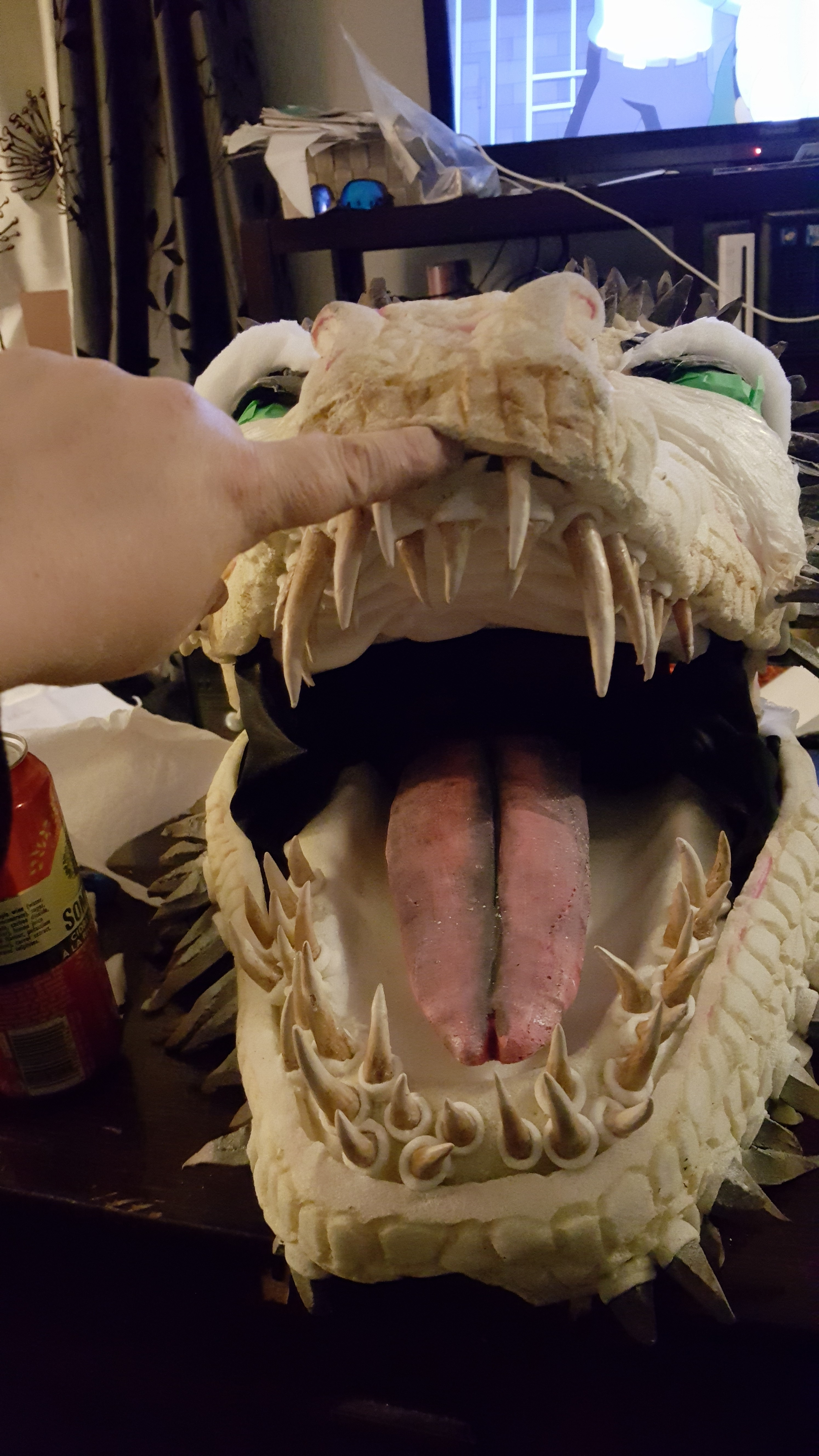 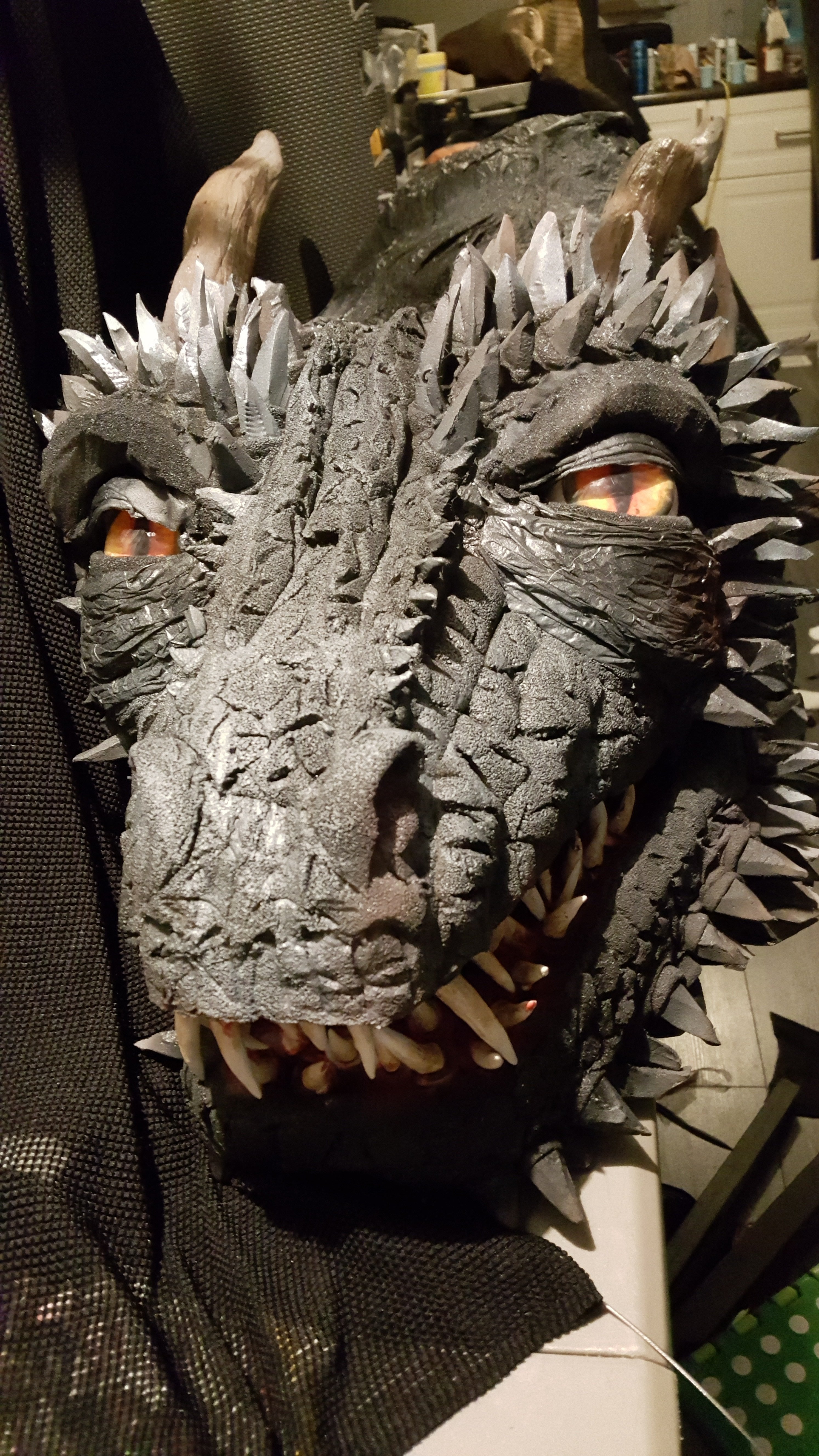 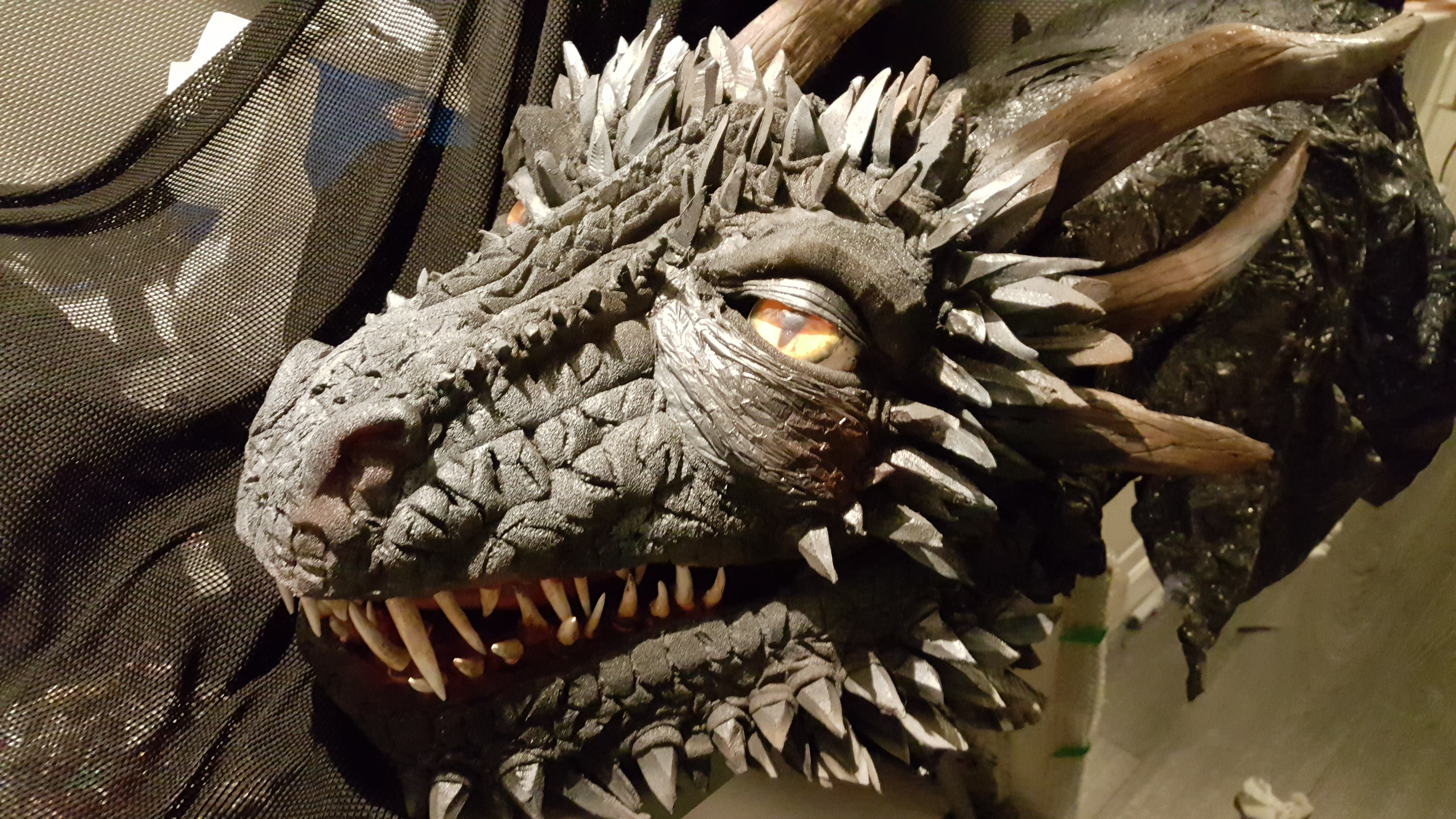 Back to the drawing board, I sculpted it again out of plasticine (all I had lying around). I made my mold and with some trial and error, was able to make a cast of what I wanted.

This mask is made of flex foam it with a skin of latex over an under skull I had vacuum formed from my casting. Eyes I made in photoshop, printed, and encased in a Christmas ordainment with polymer epoxy. Although the eyes and jaw were designed to function with servos, I’ve run out of time to program them, so I’ve created a cable mech that I can control with my hands inside my dragon gloves. 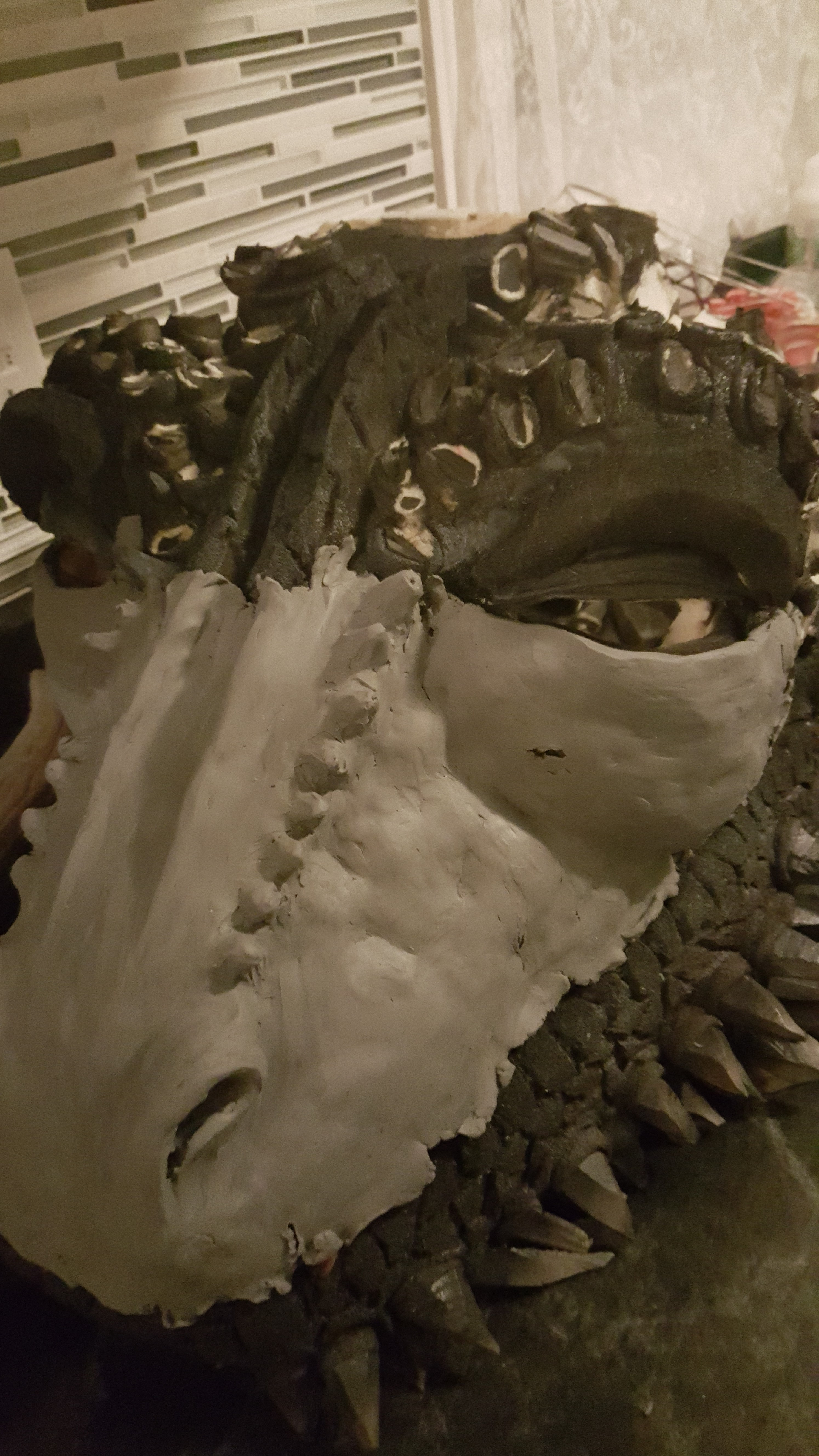 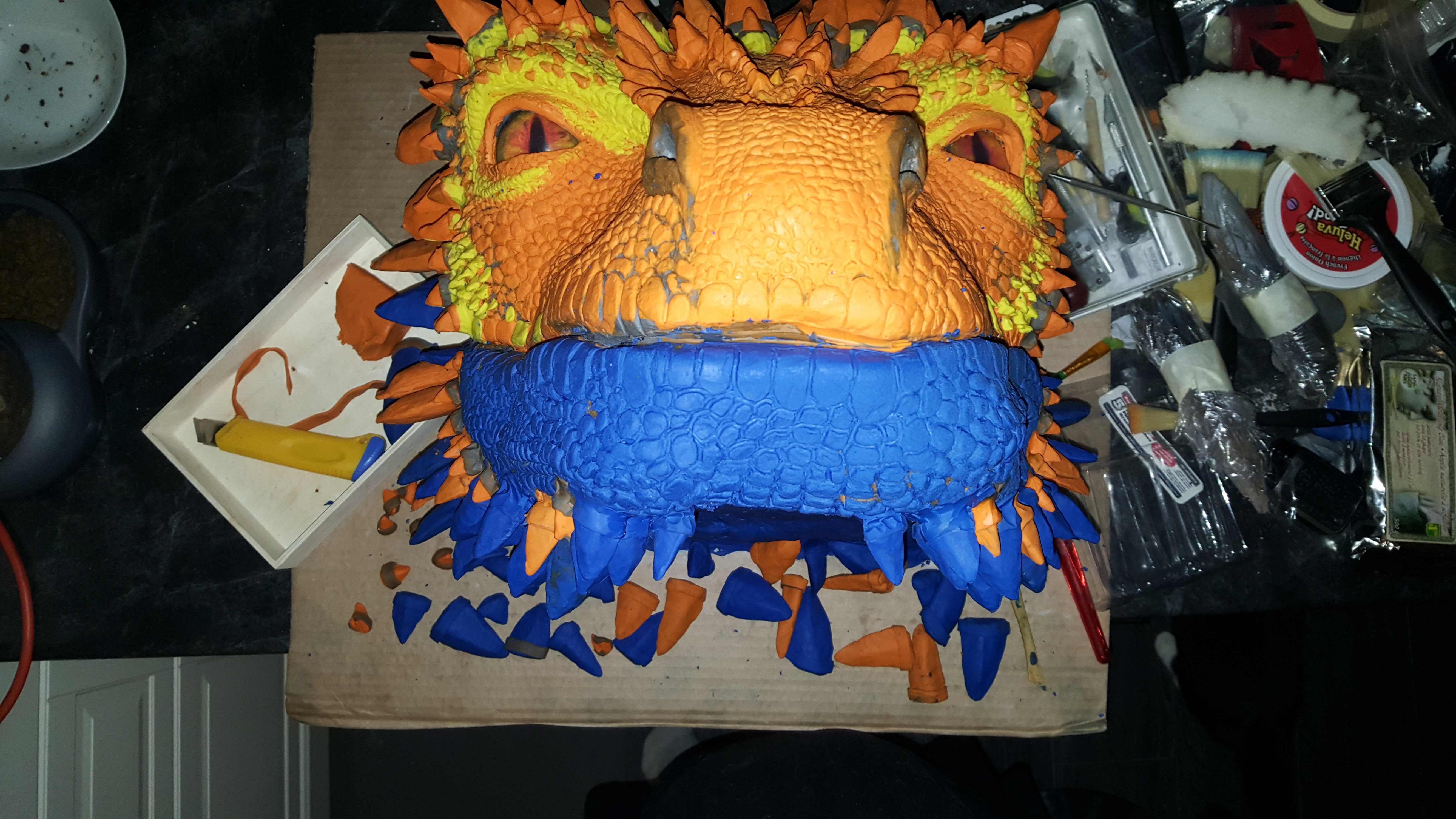 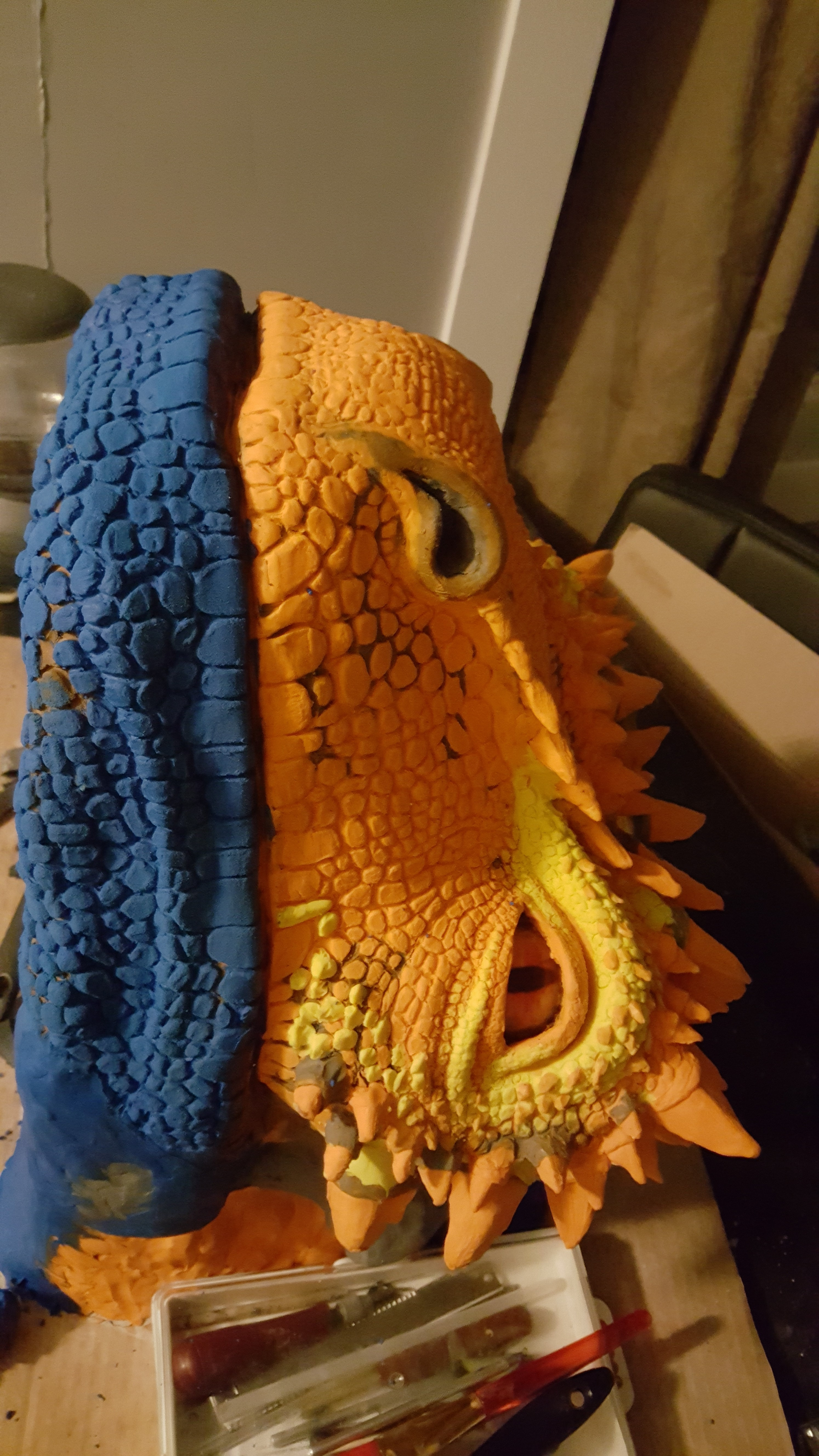 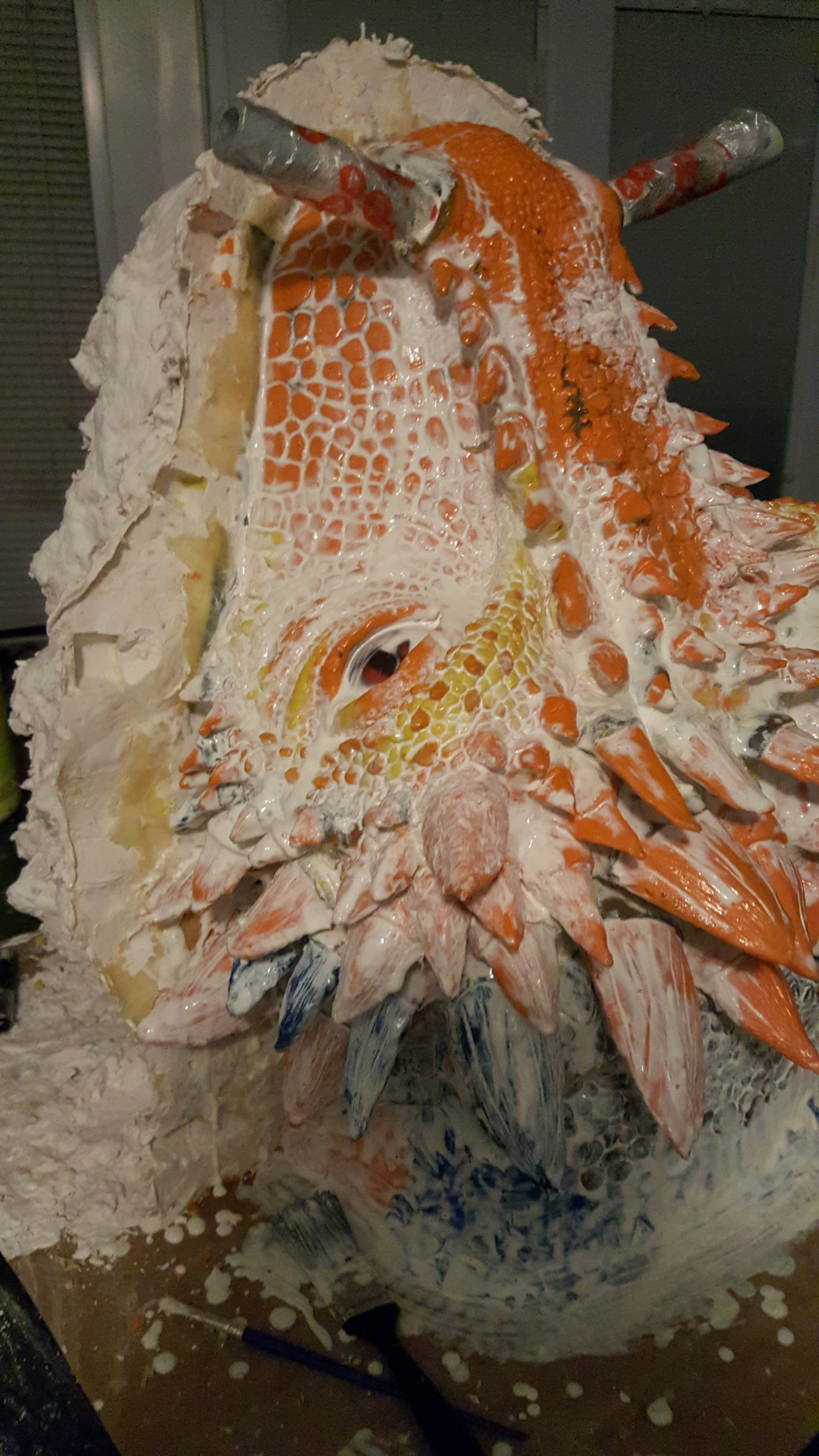 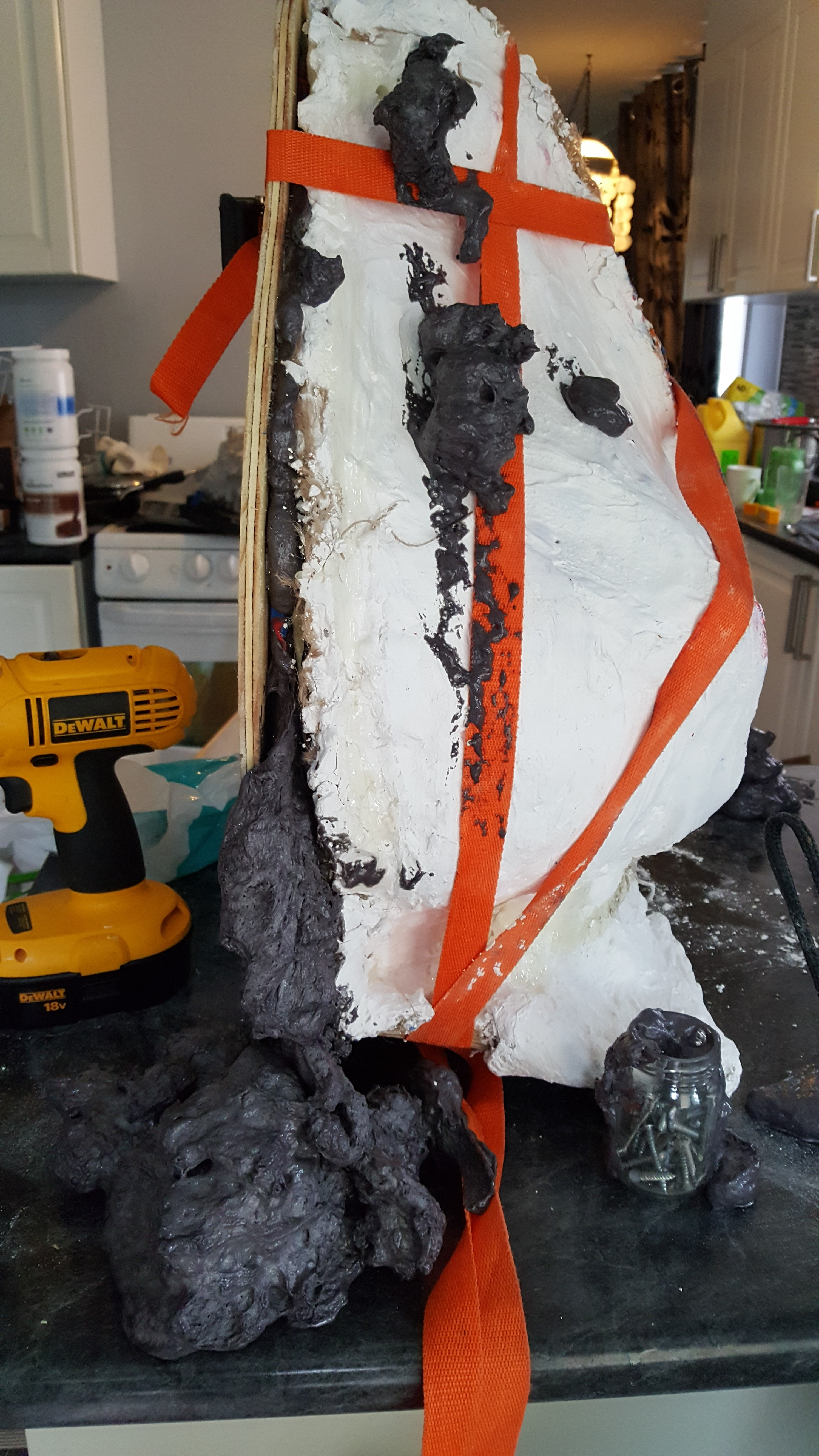 A pack frame is successfully holding the weight of the head with no strain on my neck! 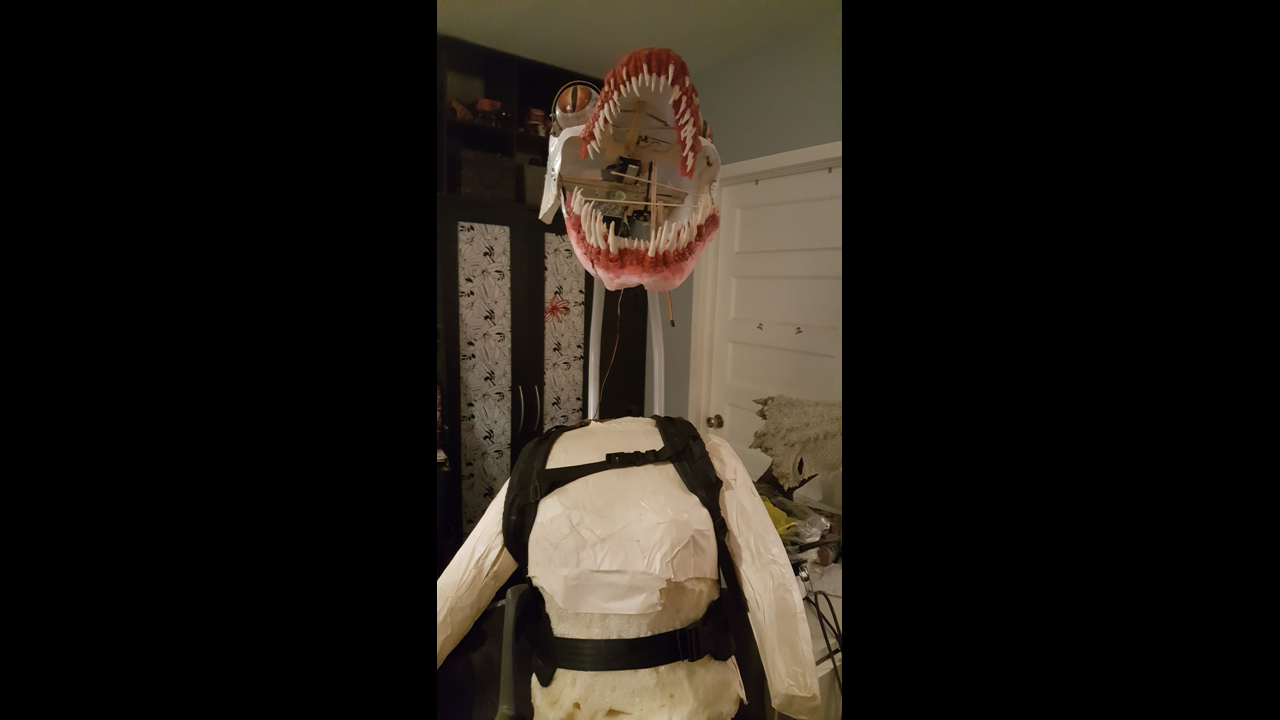 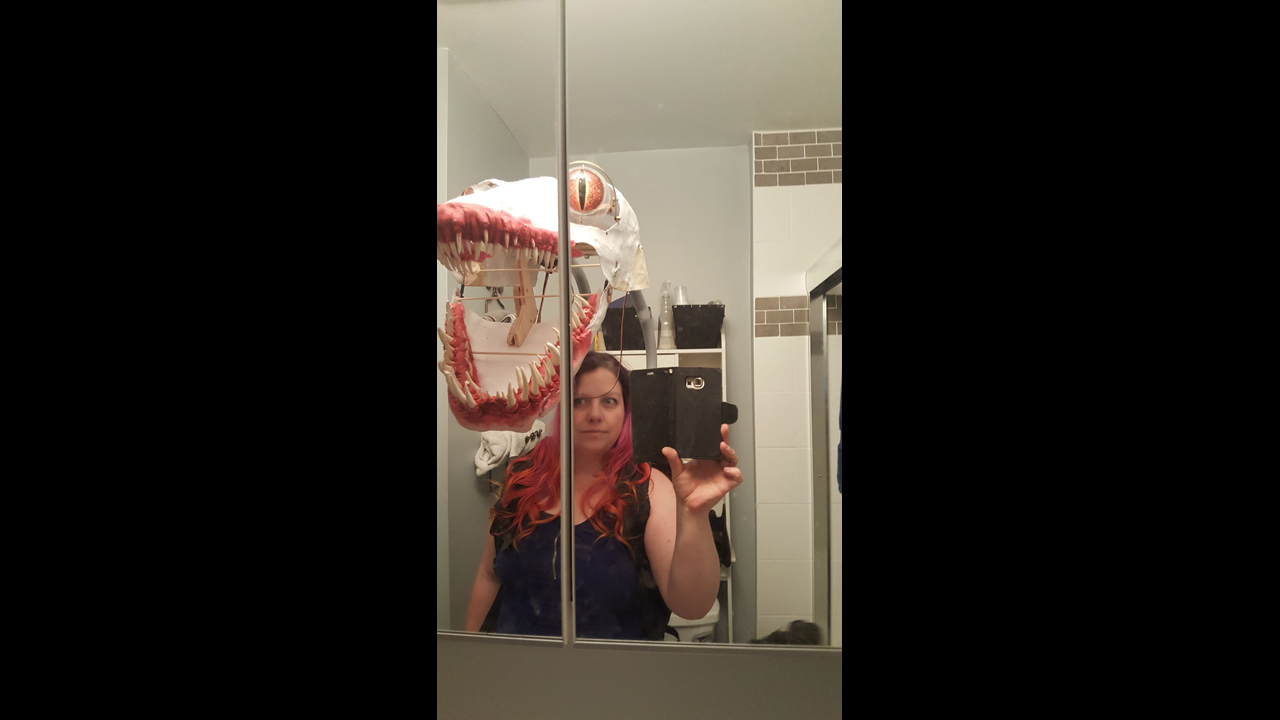 Yes it's pretty creepy without the skin on. 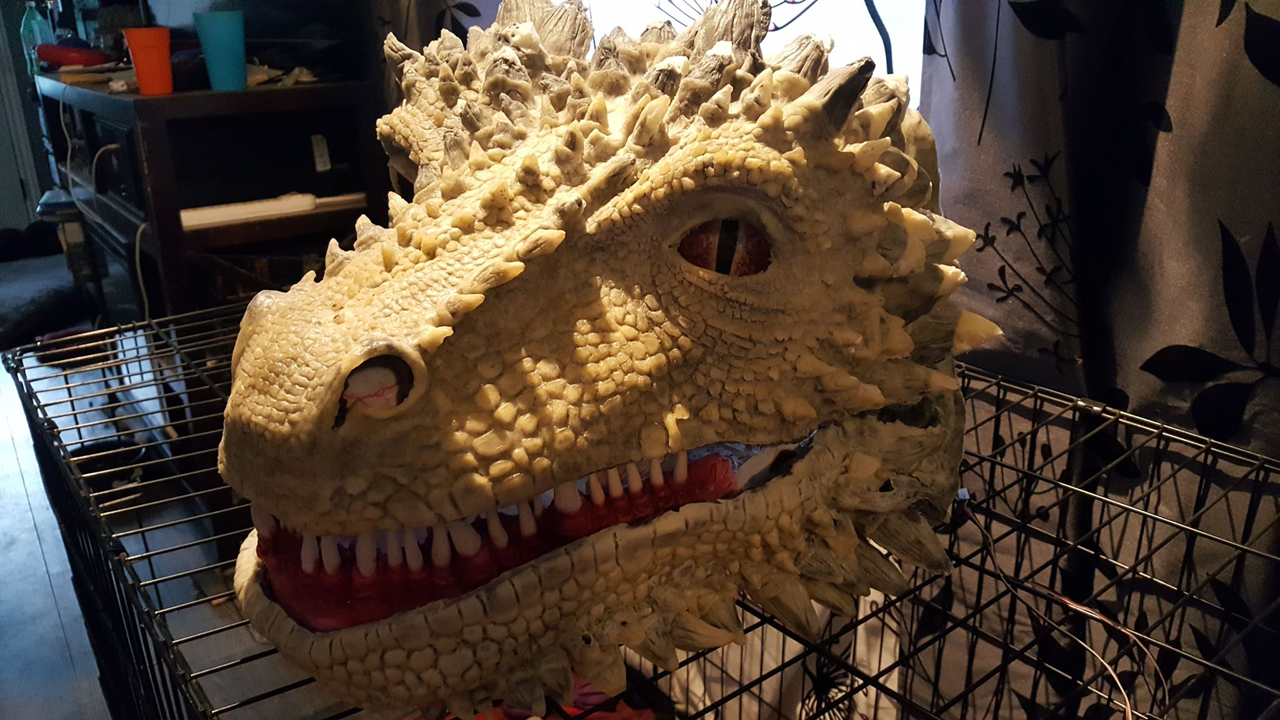 Still a work in progress, I’ll be painting in the next few days and added some springs and bungee’s to help with holding the neutral positions. I have prototypes for the full scale 15ft dragon, but that’s for next year! I made a video, but can't figure out how to post it.

If you have any suggestions i'd love to hear it! Always wanting to learn something new.