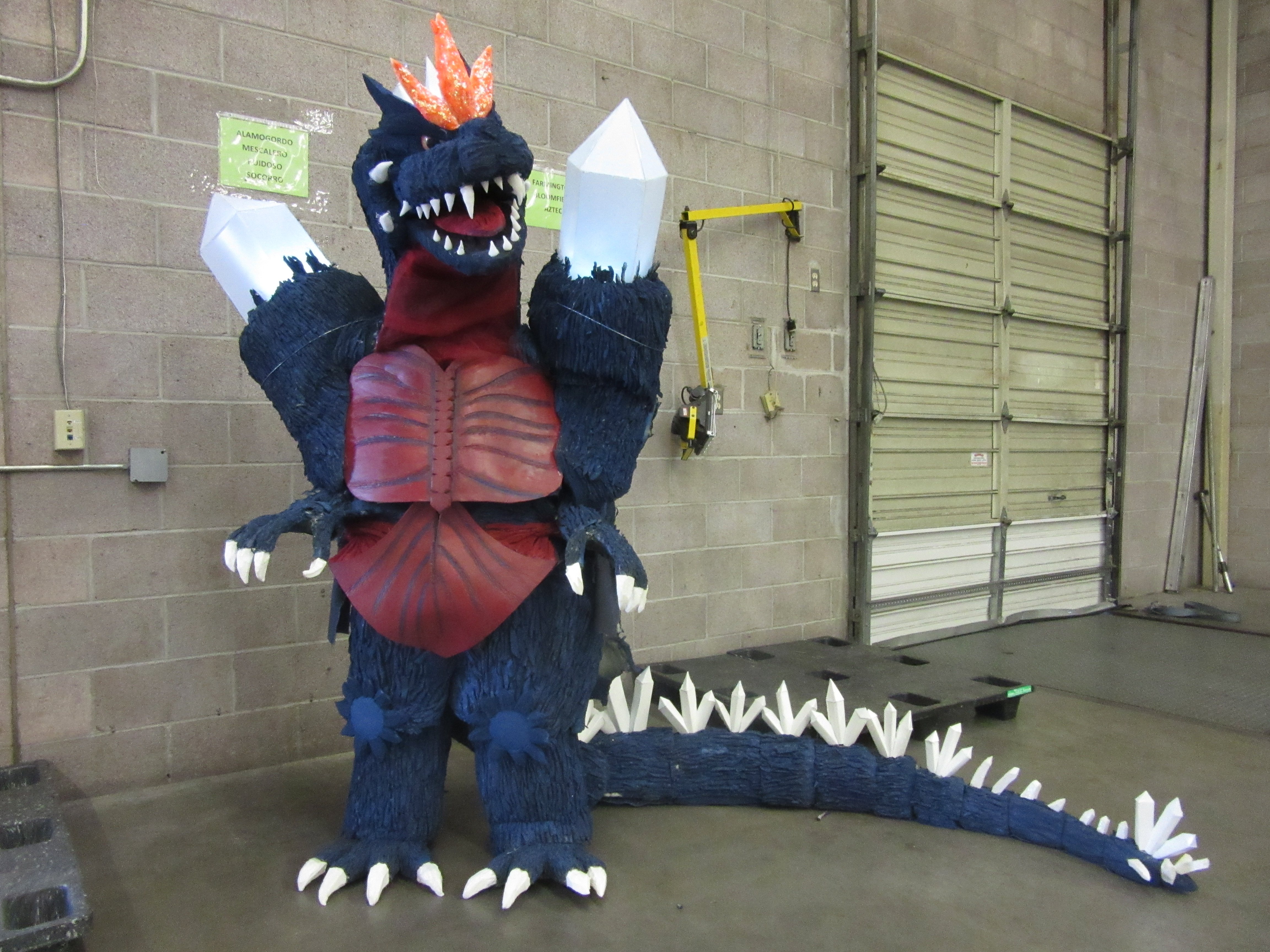 After tackling Godzilla I got the rubber suit bug real bad so the following year I went bigger, and badder.  Space Godzilla was a different set of problems as I wanted the shoulder crystals to light up but needed enough stability.  In short the whole head/shoulder/torso and back "fin" was all one piece and about 20 lbs.  Support wires were needed to hold the plexiglass crystals upright (thus the exposed wire wrapped around each crystal) 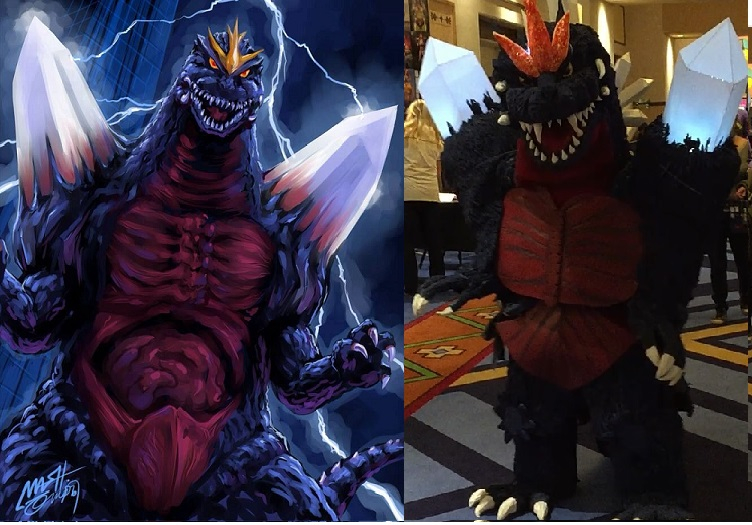 To save time I gutted and skinned the original Godzilla suit so I wouldn't have to do all that texturing again for the skin, then used house latex in a sapphire blue.  I still have a truncated problem with the lower body (I'm 5'2" so not really tall enough to get that bulky leg and butt that the original has) but I'm not stable enough to walk on stilts or platforms.  I also had Space Godzilla sounds recorded on an mp3 playing near the neck of the suit 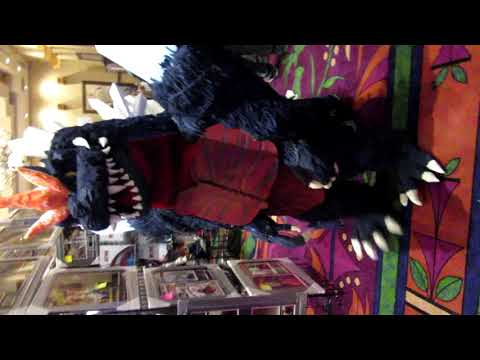 The rest of the crystals are posterboard shaped and painted in hologram glitter.. 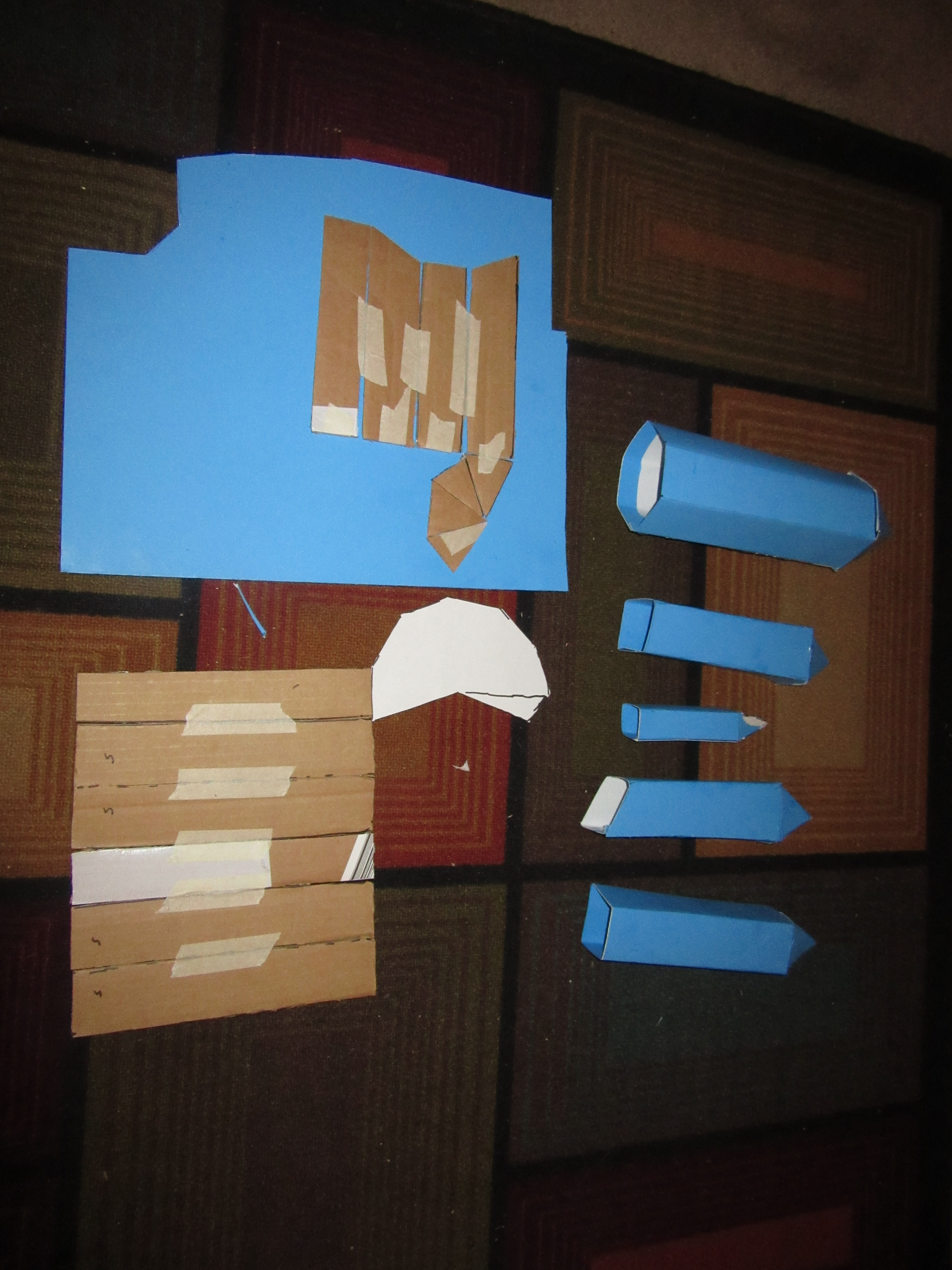