suggestion for a flying dragon project!

Christian Vassbakk ✭
November 2014 in Suggestions and FAQ
I've had this idea for a while, but I don't have the tools, skills or money to build it.
In other words I wouldn't mind seeing someone else build it.

So the idea is a fully sized and lifelike radio controlled flying (helium?) chinese dragon!

First of all it has to be a really light construction. So the helium inside can support the weight of all the wires, servos and propultion to make it move and propell forward.
Ofcourse there would be alot of problems to solve to make it safely ascend and descend. ++
But it would be awsome to build it and shock people on the street.

In other words something like this, but a dragon, bigger and more lifelike: 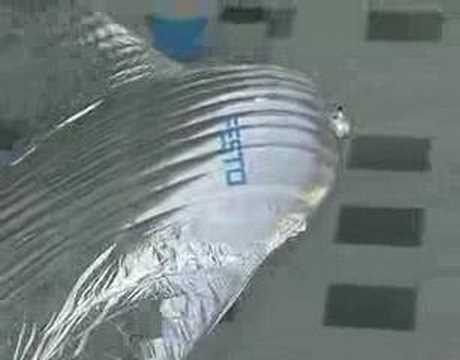