Briana My Linh O’Quinn ✭
September 2018 in Alien Art Contest 2018
Meet the Centipede Alien! It is named after its ten gangly limbs, and its insect-like appearance. This alien creature lives on a dark, humid planet. It uses its hooked claws to burrow beneath the surface and devour subterranean animals and natives.
This species is a great menace. In the place it dwells, the ground is torn and cracked, causing cave ins and destruction to foliage. 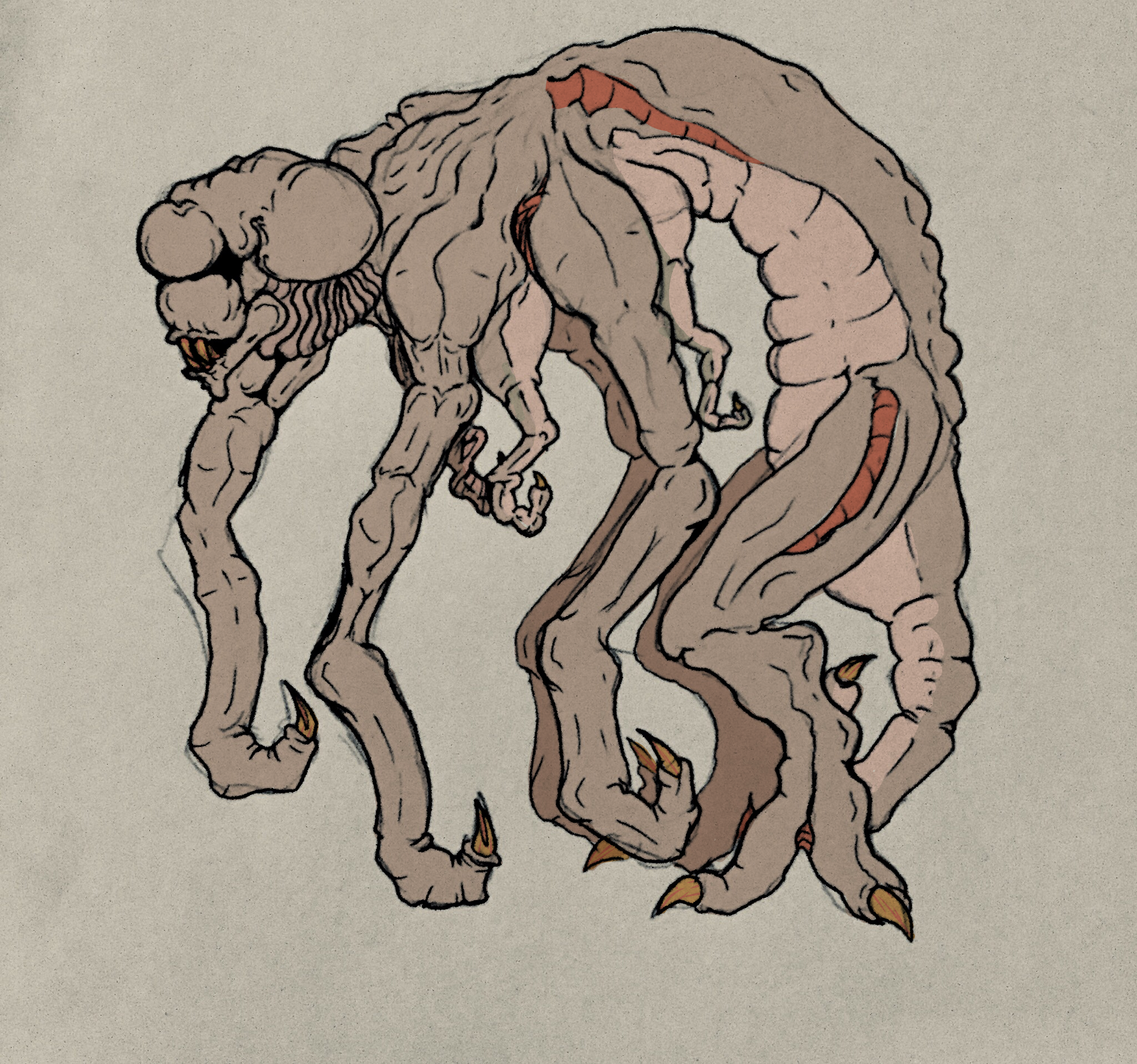 The Centipede Alien wears a tough exoskeleton, with the exception of its soft underbelly. The alien hunches over and defends its vulnerable underside with its numerous limbs.
The centipede alien does not have any eyes, but it has a great sense of touch, smell, taste, and hearing. It has four orifices on its bulbous head, one being the mouth, the central orifice being a highly sensitive nose, and on the sides of the head are its ears.
The planet it dwells on is very dark, and therefore, it does not need a sense of sight.
It has four hooks on its tongue that help it to sense and capture prey. 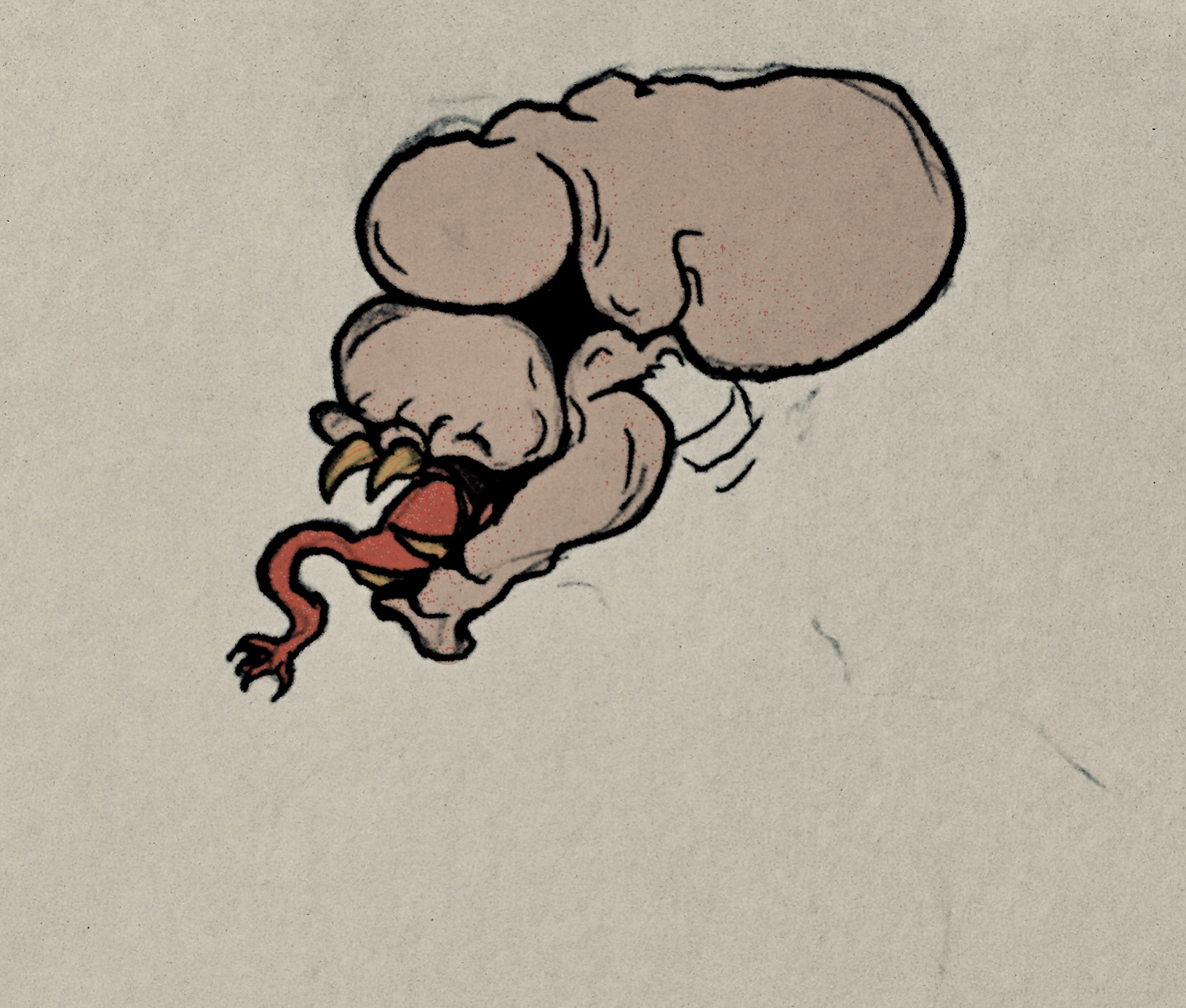 After breeding, a female Centipede must hunt even more voraciously to grow her eggs. A female centipede can produce up to twenty eggs, but the hatchlings aggressively compete for territories to their deaths, and are inevitably eaten by the most vicious spawn.
The Centipede Alien is a dangerous, territorial predator. It is strong, and extremely quick. Its body length can reach up to ten feet, and it will eat anything that moves.  The Centipede Alien is not a creature that should be trifled with, and should be avoided at all costs. 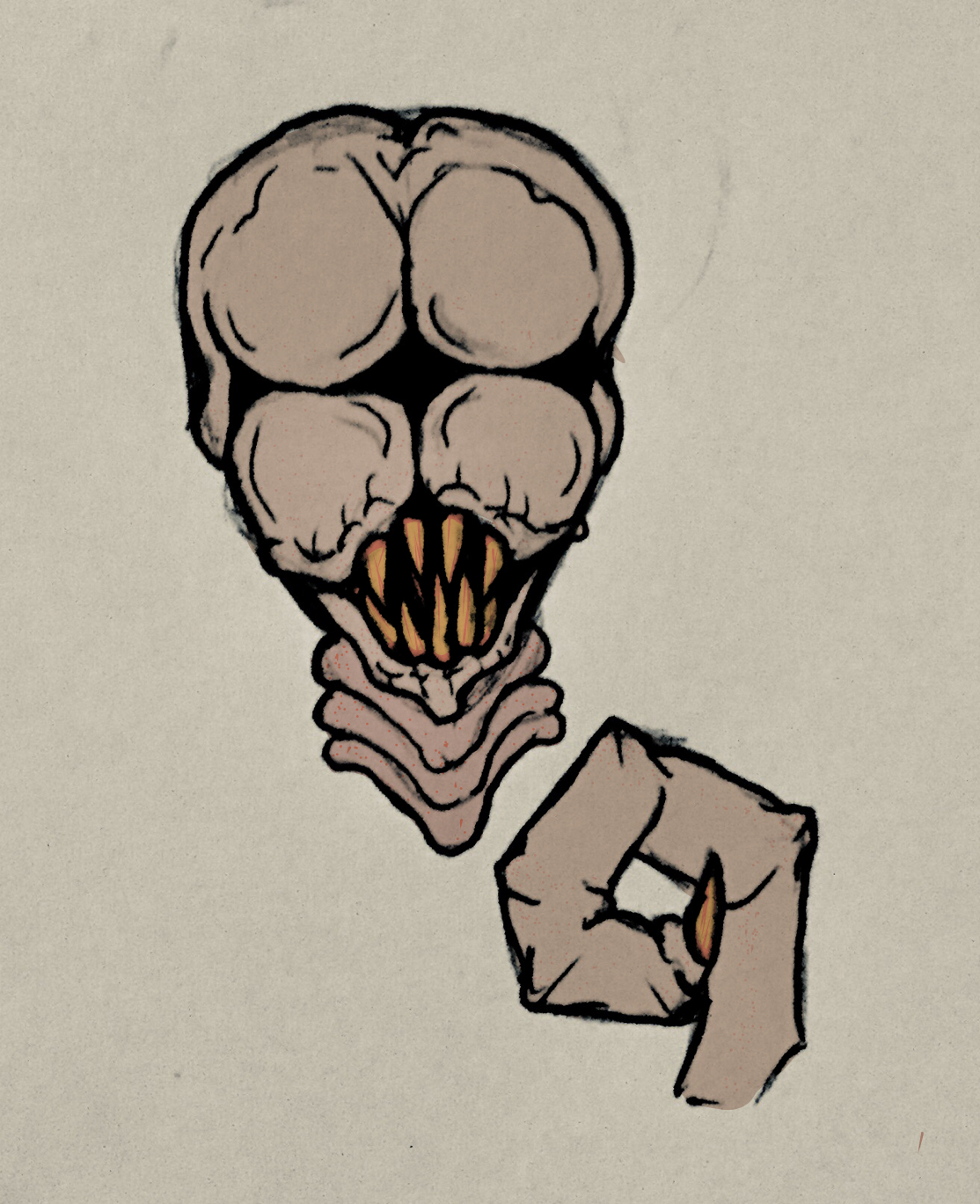