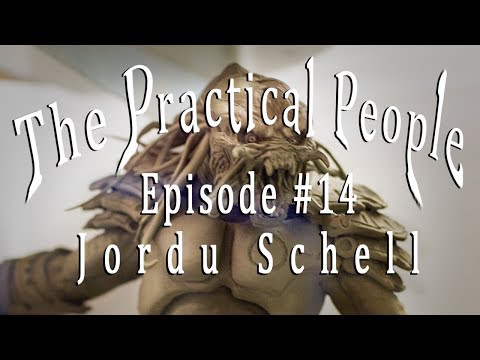 He's probably one of the most prolific designers in the movie industry when it comes to monsters and aliens. Avatar, Hellboy, Men In Black, Galaxy Quest, Star Trek, Planet of the Apes, the Aliens franchise, The Chronicles of Narnia, Cowboys and Aliens, Batman Vs. Superman, The Thing (2011) and The Mist are just a few of the notable movies that he has sculpted for but don't even begin to come close to the number of projects he's been a part of. He's also made appearances on the special effects reality shows Making Monsters and SyFy's FaceOff. Now he's wrapping up work on his own short film Remote Viewing.