Grunt the Krogan from Mass Effect

Elisabeth Erring ✭
September 2018 in Alien Art Contest 2018
Hello
I would like to enter with my Grunt suit.
Grunt is a Krogan who is an alien specie from the Mass Effect universe. He is a young Krogan and a tank breed, so his looks is different from other Keogans. He was never showed without his armor but I wanted I make an upper body that fits with the design on his head and his biceps that showing with the armor.

I used a lot of techniques building this suit. The skin is squlpted with waterclay and oil clay. Molds was made with fiberglass and the head core is also fiberglass. It is some animatronics in the head for eyebrows and blinking. The skin on the head is foam latex, also the tongue and hands. The teeth is shulpted directly to the fiberglass core with paperclay and polymorph. The bodysuit is run with a latex skin and filled out with flex foam (polyurethane foam). All is painted with latex paint, alcohol paint and alcohol pen.
It was my first time making everything, never worked with animatronic or molding anything as big as this before.

I also made the armor from foam so he got more identical to the game. 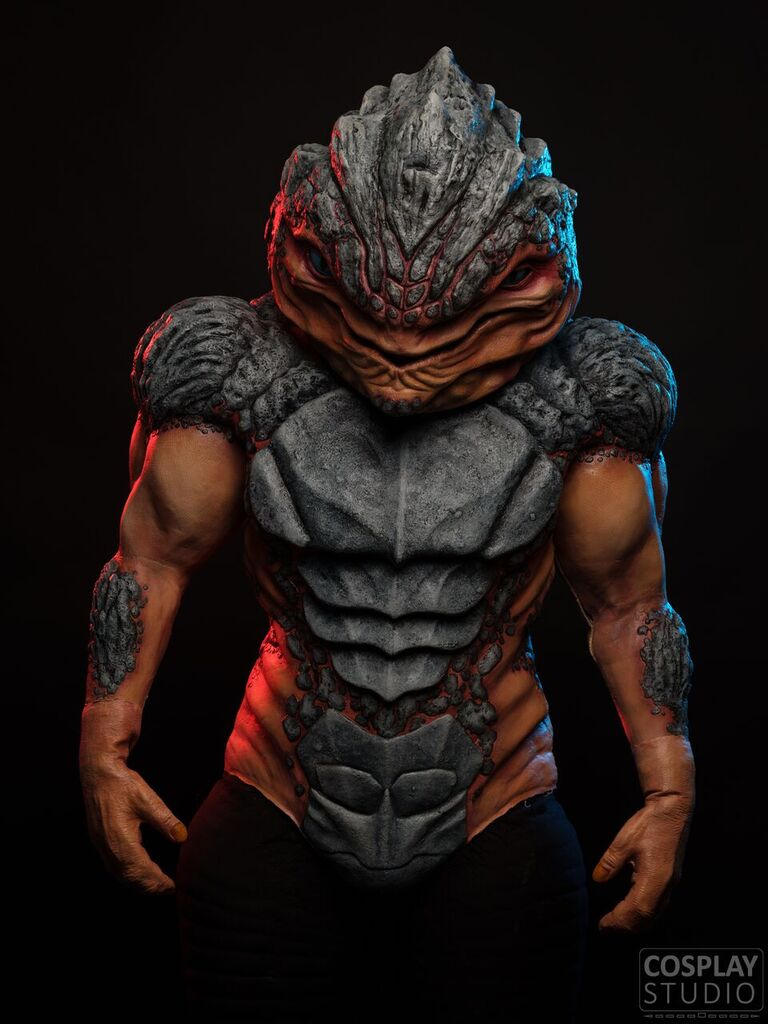 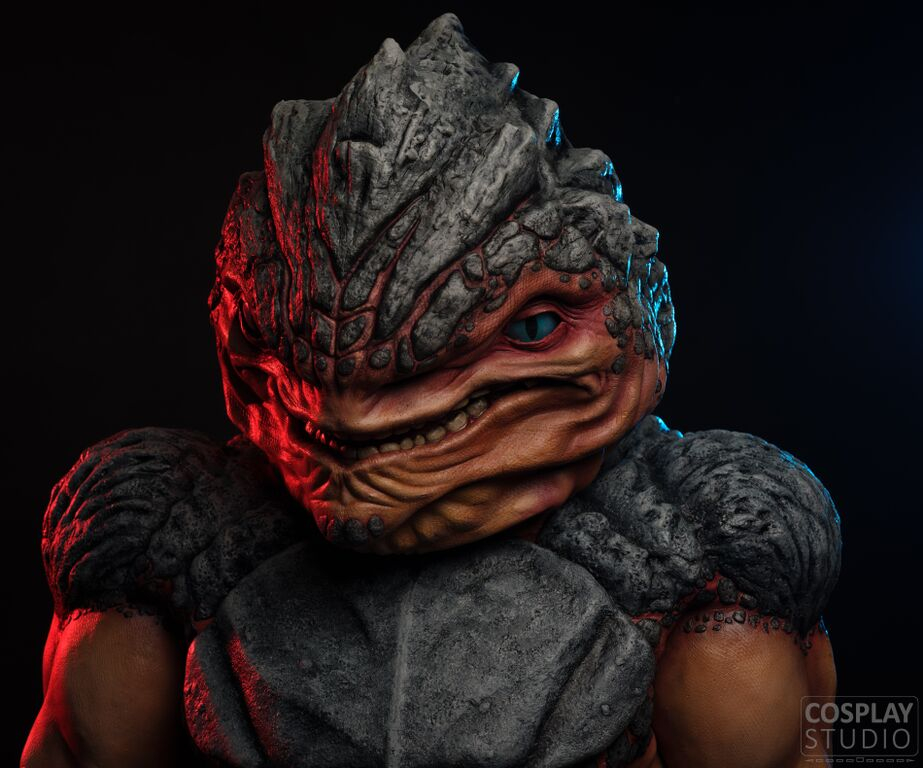 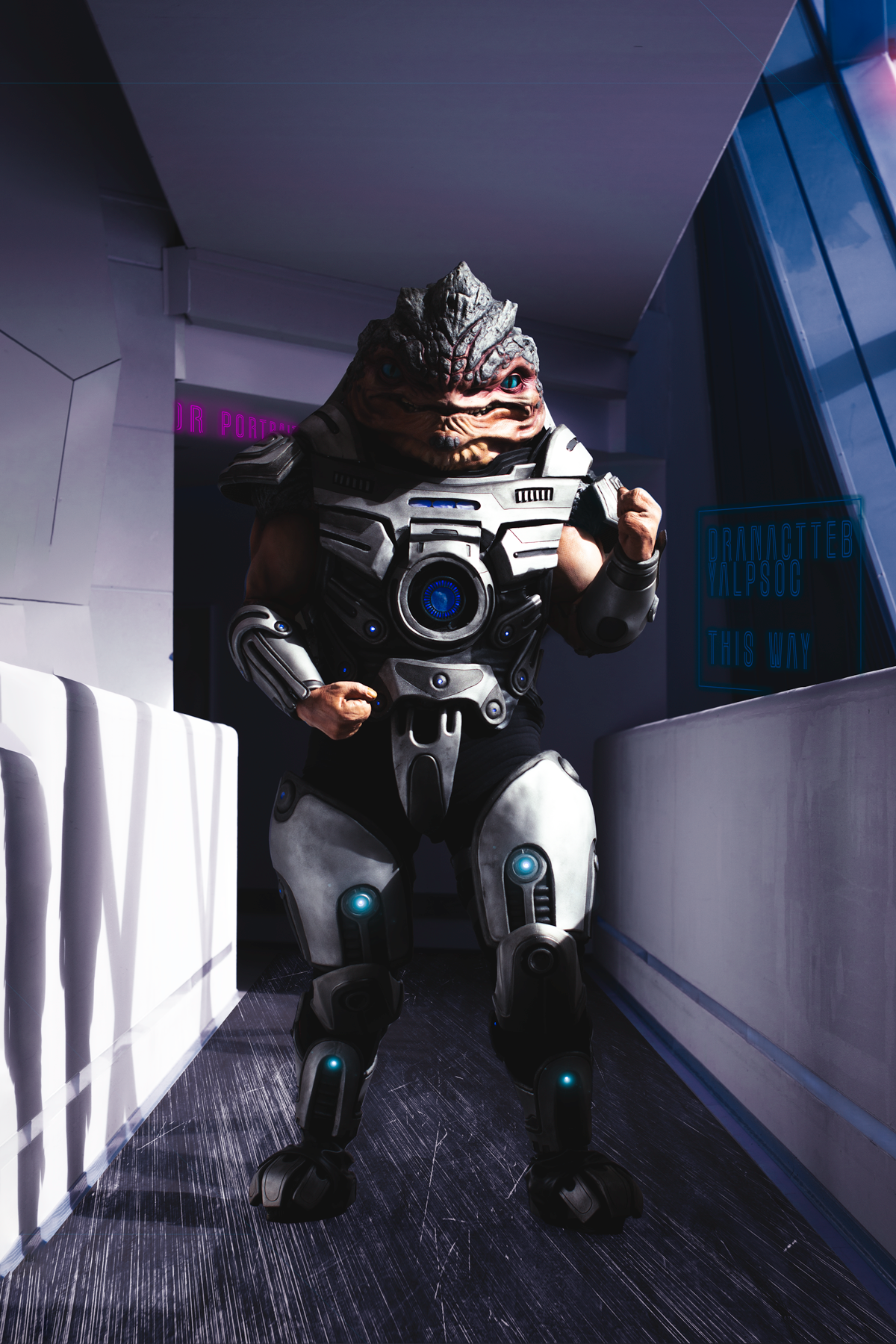 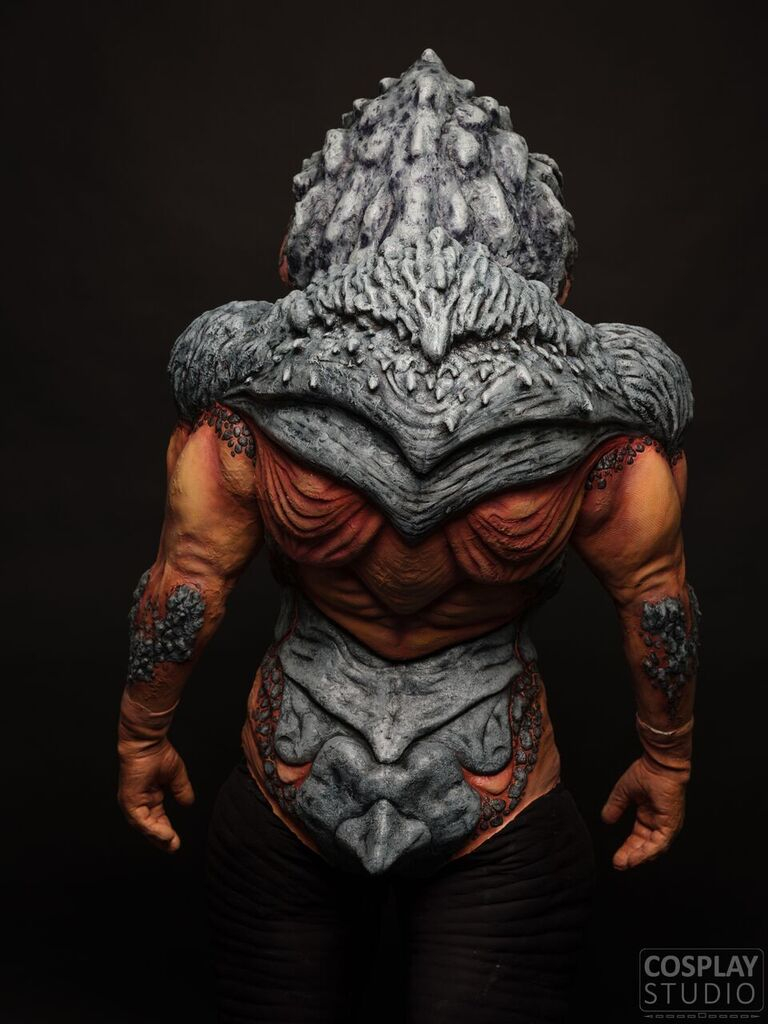 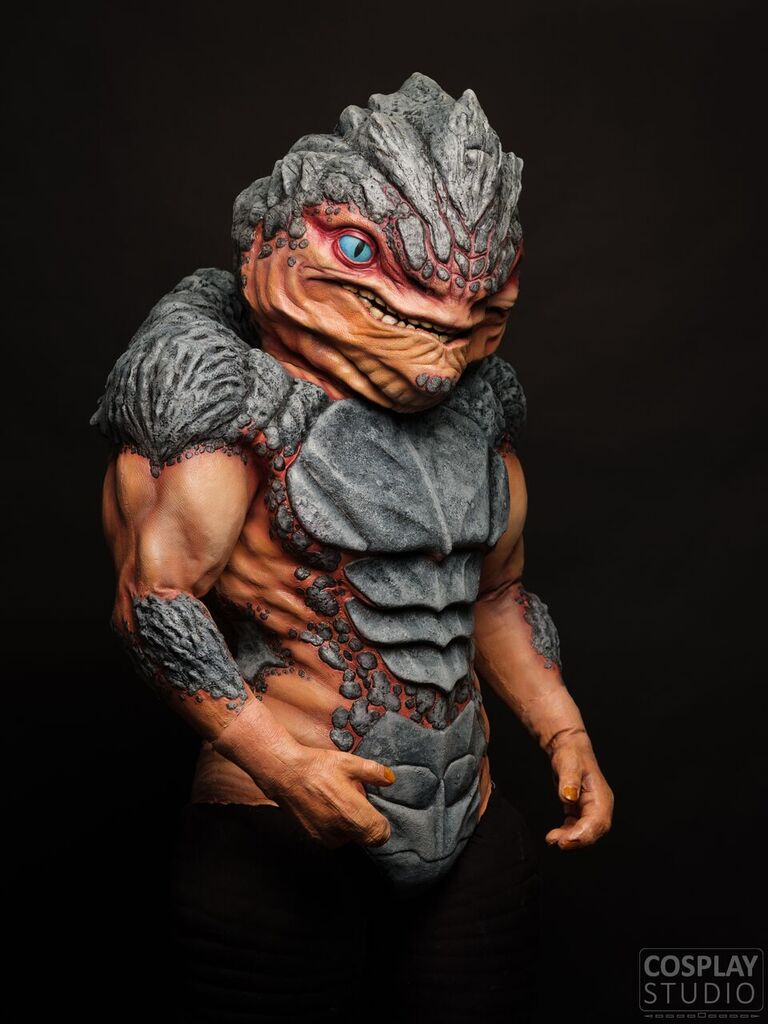 photos by Cosplay Studio and Dr_portrait
0