The problem I see a lot today in the sculpture and figure world, is a lot of incredible work being overlooked because they’re original characters and not familiar to people. Then I see an average sculpt of the Hulk sell for thousands just because it’s the Hulk. Unless you’re a well known sculptor, or you’re making a licensed figure, it’s very difficult to get exposure.

In an attempt to overcome this, I decided to do more than just create a character sculpture. I’ve designed not only a character, but also the world it inhabits, giving it history, other characters and other stories to interact with.

I’ve commissioned a short comic to be written and illustrated, I’ve had some excellent artists create some killer illustrations of the character, I’ve written in depth descriptions and created tons of concept art.

I am offer all of this as rewards to raise the funding to produce the figure! 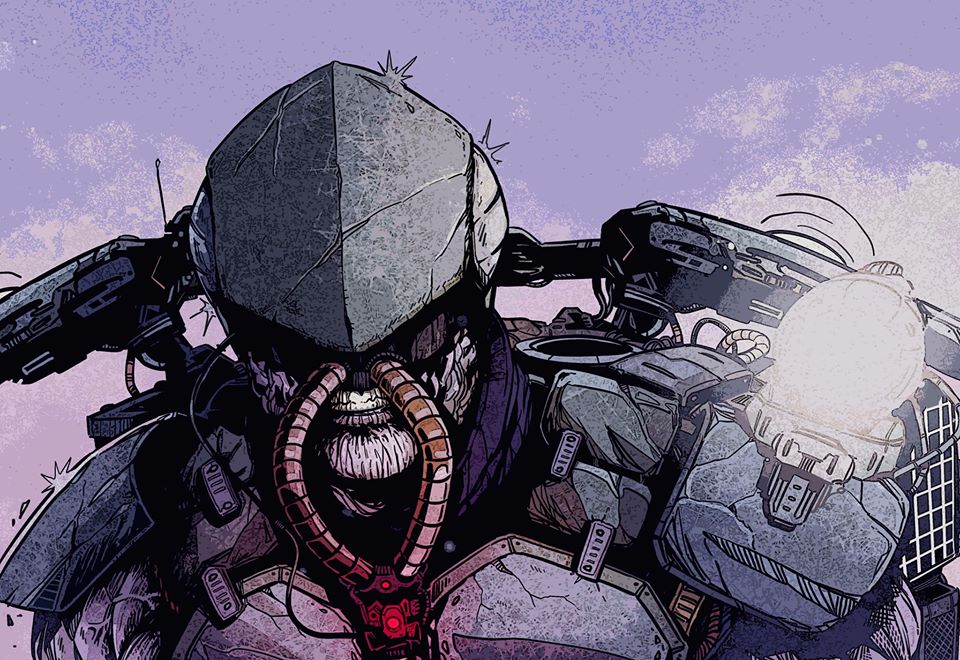 Who are the Sky Raiders?

The Sky Raiders are one of the toughest and most savage of all the clans scattered about the planet. They exist in a fictional world set in a decimated, post-war version of earth towards the end of the 21st century.

Here’s an excerpt from one of the Kickstarter rewards:

"In this harsh and unforgiving world, the Sky Raiders are by far the most resilient and savage of all clans. They’re ruthless, adept hunters and efficient scavengers, stalking their prey from above and hiding in the shadows until it’s too late for any idea of escape.

An enemy and a threat to all, they keep to themselves, only venturing out of their strongholds at night, to hunt and scavenge. For these reasons, people know very little about them. No one has ever lived to tell the tale, at least not that we know of...

They were once human, but have become mutated and toughened somewhat over time. Now they appear to be something else, something more than human in some respects, and something less in others. They still share many biological similarities with humans, but they are far from what we know humans to be. Forced to adapt to the new and toxic environment that surrounds them, they’re now stronger, less emotional and much more efficient than humans could ever be. Their skin is blistered and deformed, their bodies and minds strengthened by the pain of long term suffering. They stand tall, muscular and their will to survive is unwavering.”

After the Kickstarter campaign is finished and the rewards are sent out, I will begin to work on a full length Sky Raider comic, as well as the next figure. I will continue to do this, introducing more characters, more stories, and more figures. The possibilities are endless.

I hope you find the project interesting. Even just a mention on social media could give this project the reach it needs to succeed. So please go tell your friends and colleagues and help me make this a reality.

Here is the Kickstarter page itself - http://kck.st/2MIpDqq

If you’d like to keep up to date and see some more of the artwork, here’s the Facebook page - https://www.facebook.com/SkyRaiderKS/