Lorenzo Cantarella ✭
August 2018 in Alien Art Contest 2018
Alien of a planet that (made understandable in human language) is pronounced Shideck'a, about 15 billion light years away from our solar system. It is part of a dynasty of space conquerors, which takes possession of the minor planets and uses them as experimental centers and scientific bases to proliferate their race. It is a very ancient being, born some millions of years ago and having conquered almost thirteen thousand planets, becoming among its "countrymen" a kind of super elite. Helldeckernetzu breathes without difficulty on the Earth, even if he notes an excessive presence of carbon dioxide (for his standards) in the air, but can also breathe in the cosmic void, since he normally does not need it (he takes the substances present in the terrestrial air or any other planet just as nutritious). It proves to know all the languages ​​present from its galaxy of origin up to ours. In addition to this, thanks to the legacy of his planet, he has a boundless knowledge of biology, microbiology and genetic engineering, so much so that he was able to create life from inorganic material, even if he reveals that he is not the best: in the caste of scientists in his county of origin, he is the 12th in order of merits.
Its predatory form, in which it acquires biomass with its own forces, serves it when it has to feed on the flesh of other living beings. During this mutation, it loses its old skin and doubles its size, from 2.50 meters to 5 meters in height. In this form, however, almost completely loses the reason and thinks only to feed on whatever is in front of. 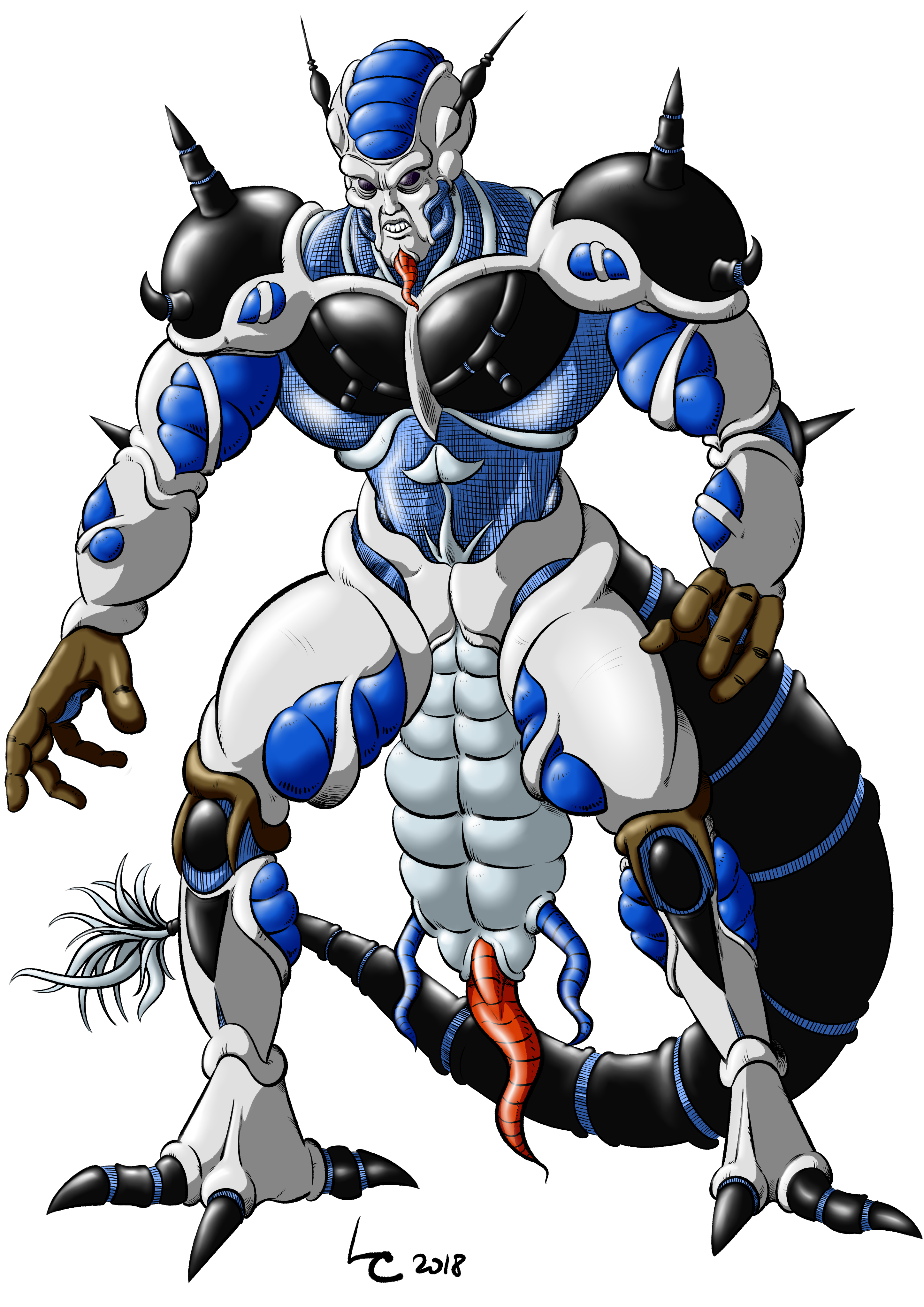 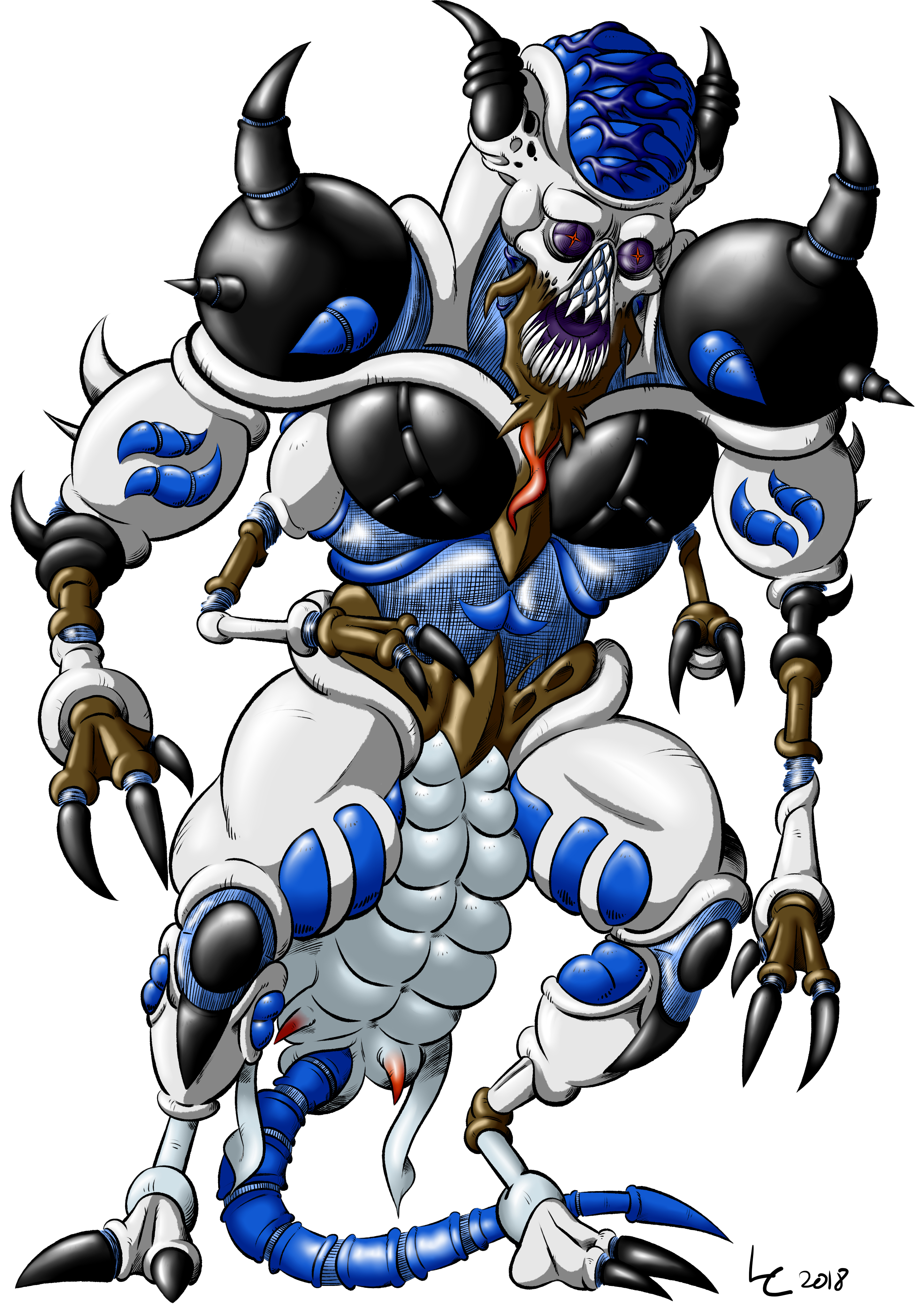