So about 4 years ago when I first started doing fx stuff some buddies and I wanted to do an Aliens vs Predator fan film. I didn't how to make anything back then except for kit bashed prop stuff so I purchased a an unpainted foam latex head and bio helmet off ebay. I ended up building a throwing disk and shoulder cannon but we ended up losing the location to film and the project never went a farther than that.
Fast forward till last week. The Predator head and all the kit bashed weapons have been sitting in a closet to I decided to turn them into a 1:1 scale bust with a servo controlled shoulder cannon.

Yesterday I attached the grill for the eye pieces along with some of the dreads I made out of backer rod from home depot. I tested out some beads using cut pieces of pvc but they're pretty plain so I'll probably re-do them.
Originally I was going to have the servos run off an arduino board using a wii chuck but had an issue drawing too much power from the board so I decided to use an rc car receiver/transmitter to control them.

The real tough part of this build is constructing the shoulder armor cannon housing. The cannon was one of the first things I ever built and was kit bashed from stuff at home depot.It's been sitting in one of my display cases for a couple years and is falling apart so I'll probably have to reconstruct it.

Hopefully at the end of this build I'll have a 1:1 scale bust with an rc controlled shoulder cannon and be able to trigger sounds from the transmitter using a board from ada fruit.

I'll try an update this as much as possible. 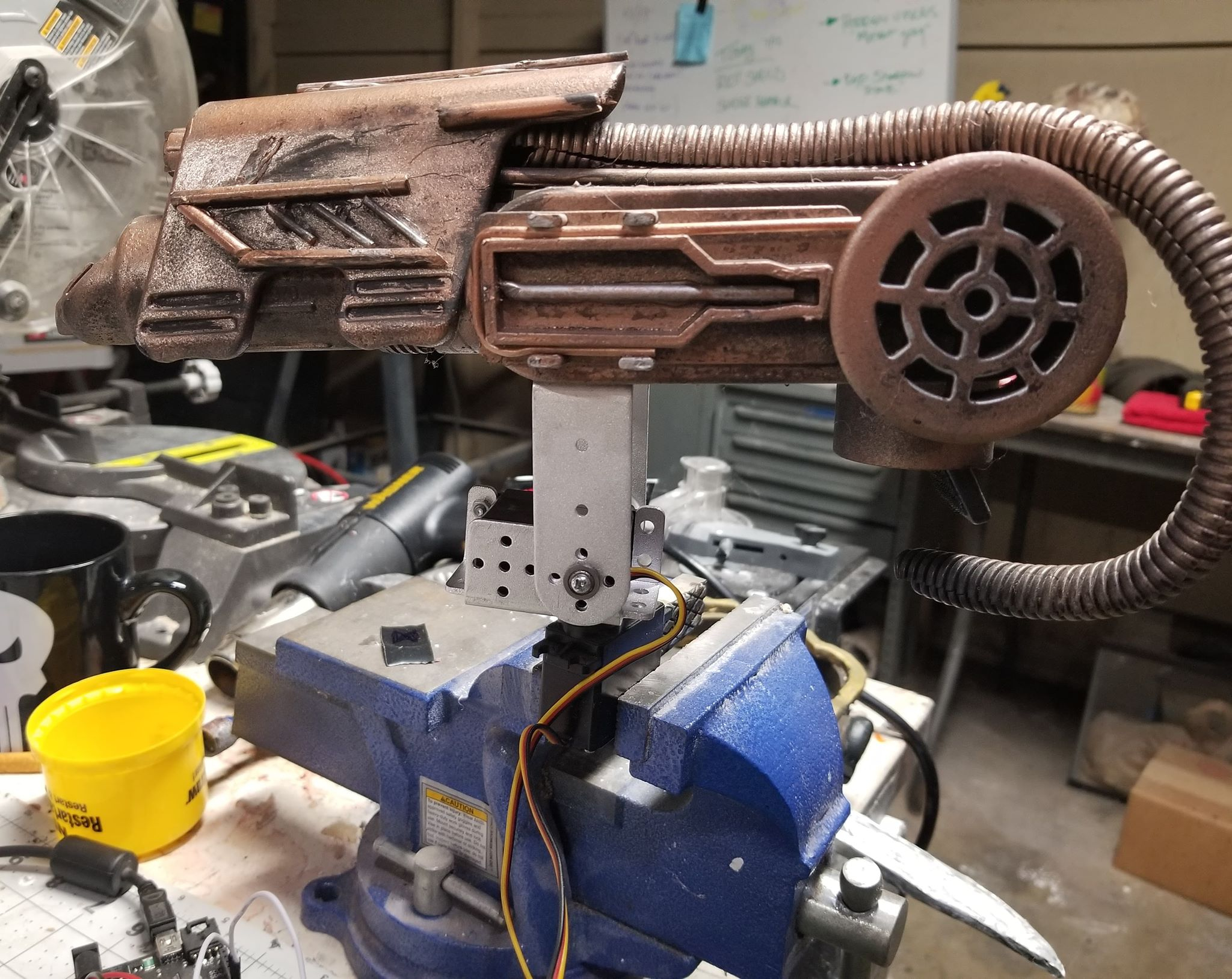 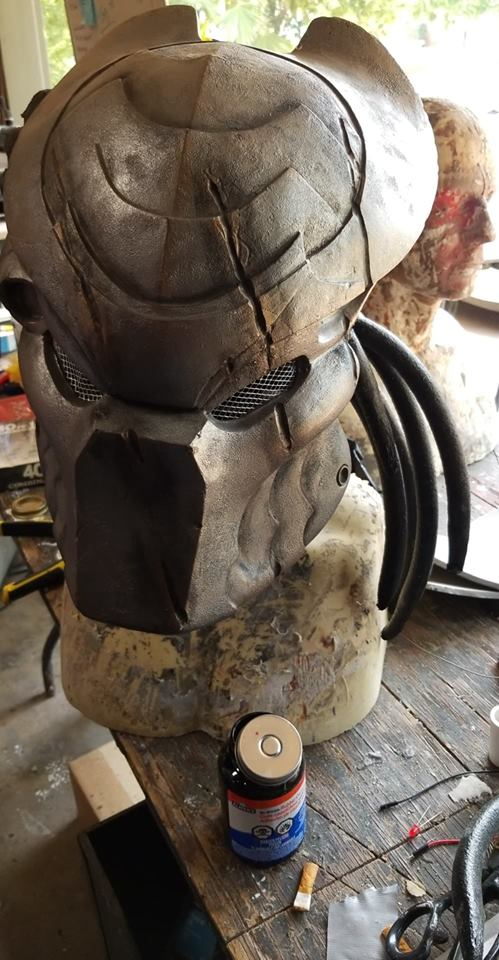 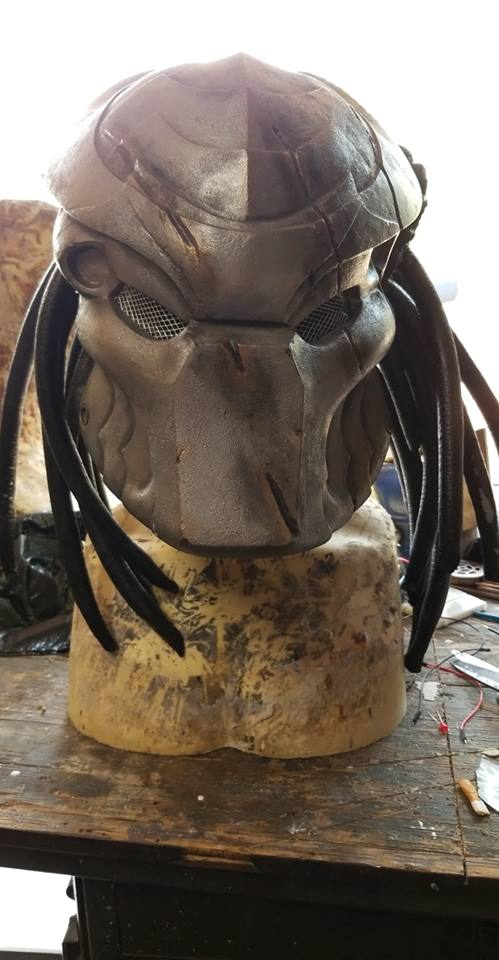 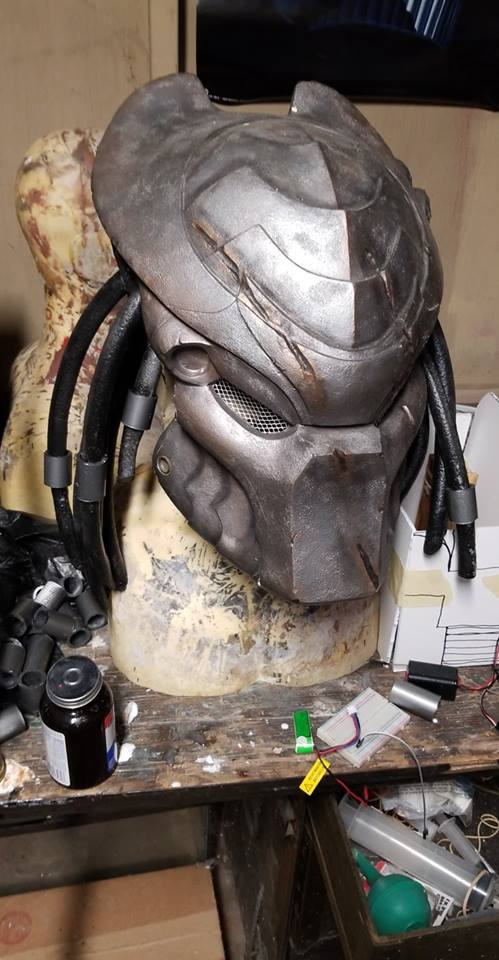 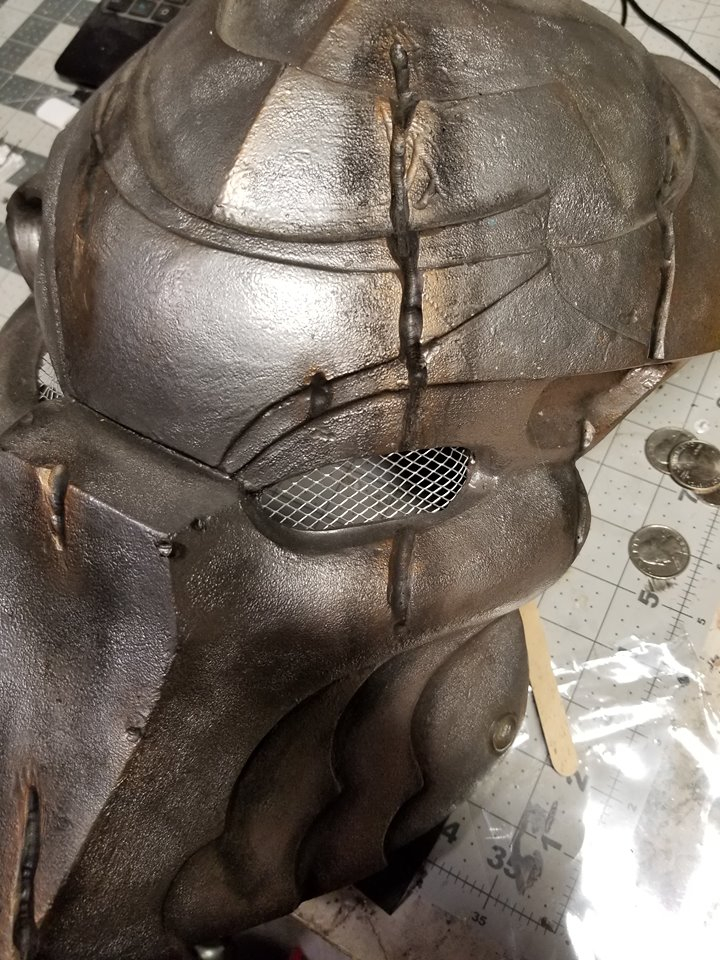 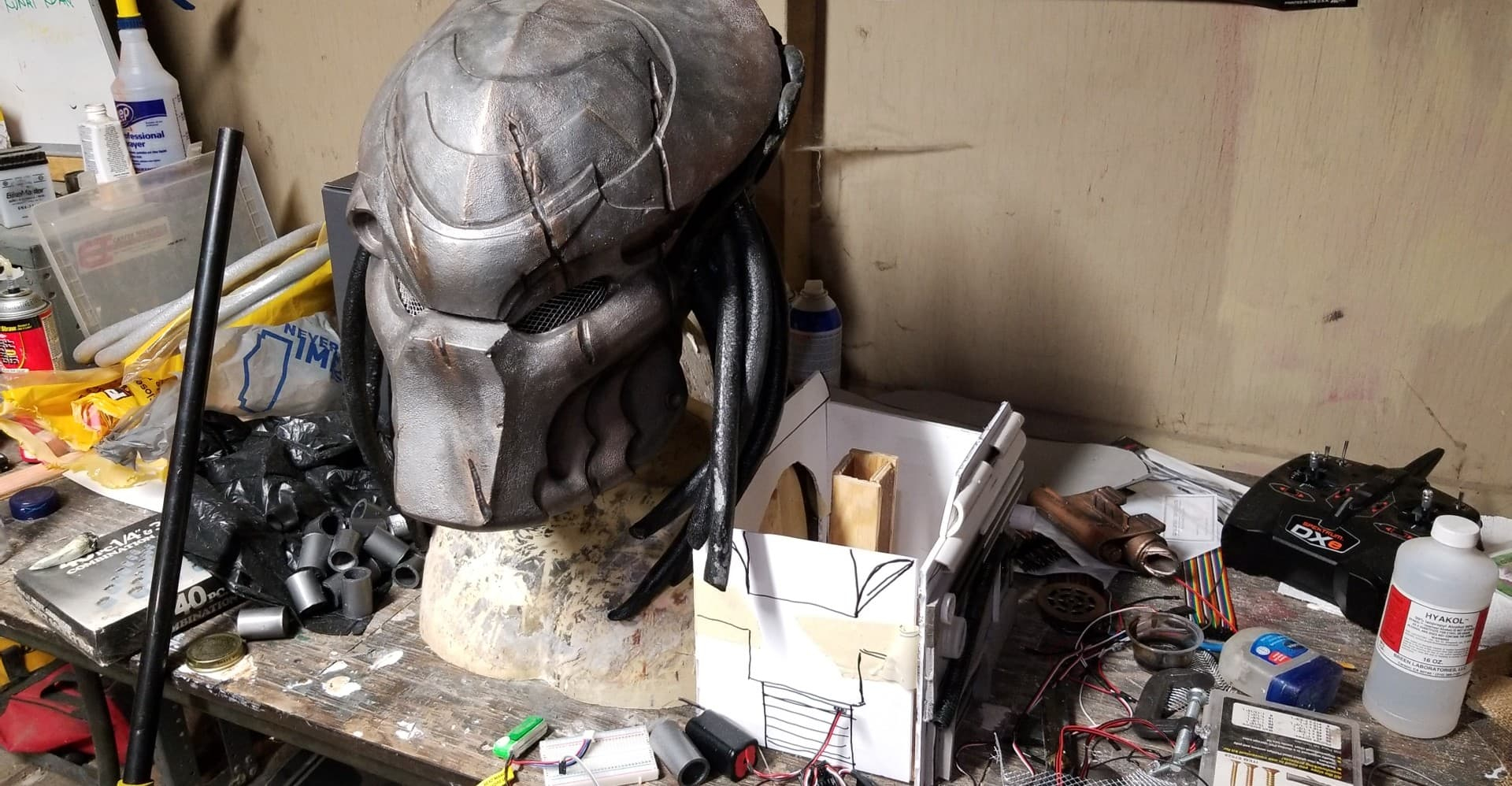