Chris Ellerby Los Angeles Admin
July 2018 in Fabrication
I was recently tasked with creating a rod and cable controlled baby puppet for a VR film where the viewer would experience the world from the perspective of a baby in a car seat.  The project called for a baby puppet to serve as the viewer's body (when they look down) with moving legs and breathing.

The skeleton/armature for this project was designed in OnShape (a parametric solid CAD application on the same family tree as SolidWorks) and 3D printed on my Ultimaker.  The parts were designed to bolt together using threaded brass thermal-set inserts, which allow 3D printed plastic to behave more like machined metal.   Joints were designed around bearings/shafts for low-friction movement and the hips are 3D printed ball joints. 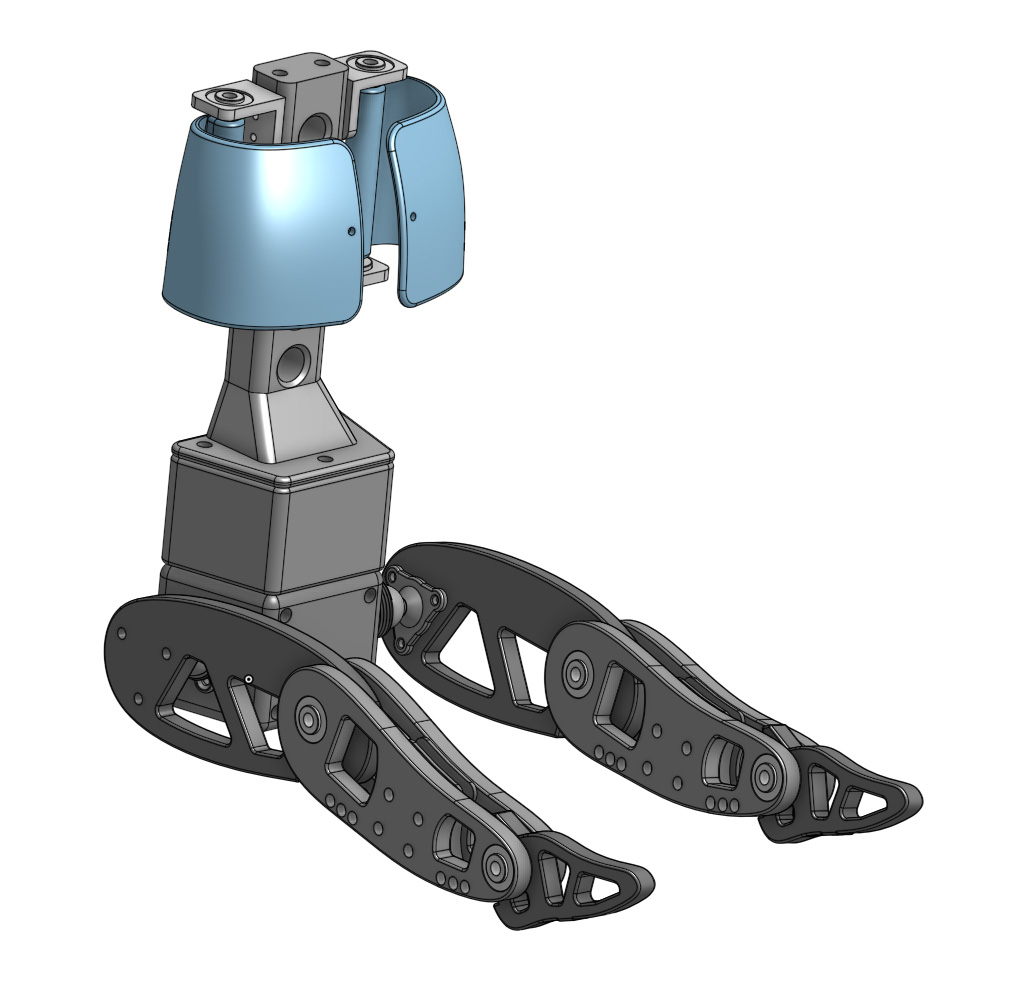 The legs are designed to be cable and rod controlled.   A single cable runs the length of the leg, and when pulled lifts the toe until an adjustable limit is reached and then the cable will begin to lift the shin as well.  When the cable is released, the toe and shin will be pulled back to their neutral position by return springs.

The base of the hip has a connection point for a rod, allowing for pitch, yaw, roll control of the entire leg.

An additional cable is used to collapse the ribcage for a breathing effect.  When the cable is released, the ribs are returned to a neutral position by return springs that connect to the spine.

Here is a demonstration of the puppet


Here is a test video showing the VR camera rig.  The puppet does not have any padding at this point, so this is just the skeleton inside a onesie.


This project is in post-production now, but I'll post more information once it's released to the public.
0