Savannah Nicholes ✭
May 2018 in Monster Making Contest
I wanted to make a maquette as a reference for a future horror short I'm writing called MantiCora. A woman named Cora, abused and without anywhere to turn, tries to take her own life by throwing herself into a secluded duck pond. At the bottom of the pond she finds a possessed lion statue that had fallen in decades before. It makes a pact with her to take revenge on those who have wronged her. Thus, MantiCora is born and she slinks into the night to wreak havoc.

I made a wire armature with aluminum foil and painter's tape, then covered it with Permoplast clay and had a blast creating this beast. I want her to have a face with both human and big cat qualities, maybe more of a sphinx influence mixed with the classical manticore. I made her neck longer than intended but then started playing with reptilian qualities as well. And of course she has the classic scorpion tail. I ended up having a nightmare about scorpions after working on that and looking at all the reference images @[email protected] Jeepers!!!

Anyway, I am so inspired by all the entries and thank you Stan Winston School for existing and bringing us these incredible opportunities!!! 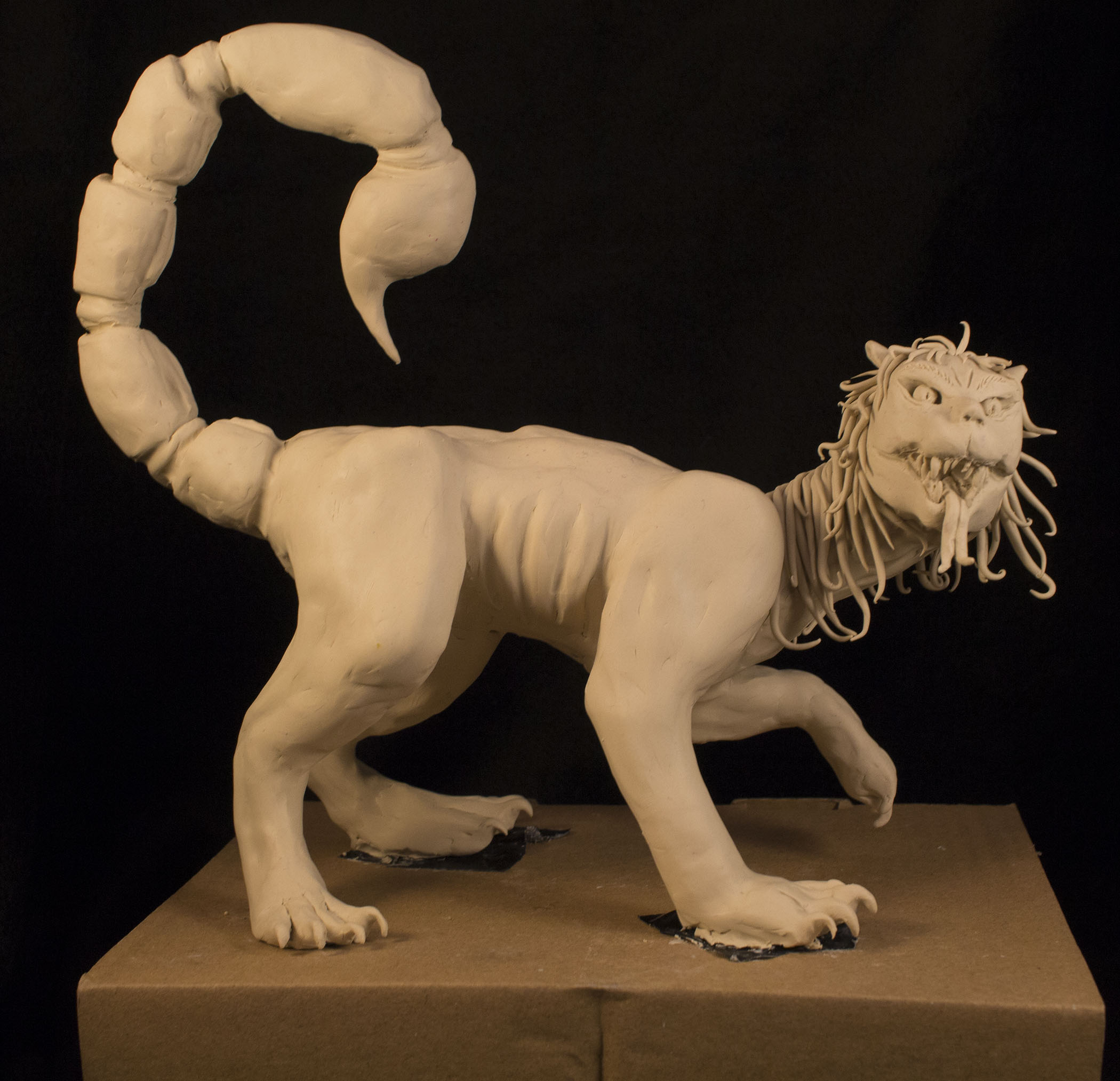 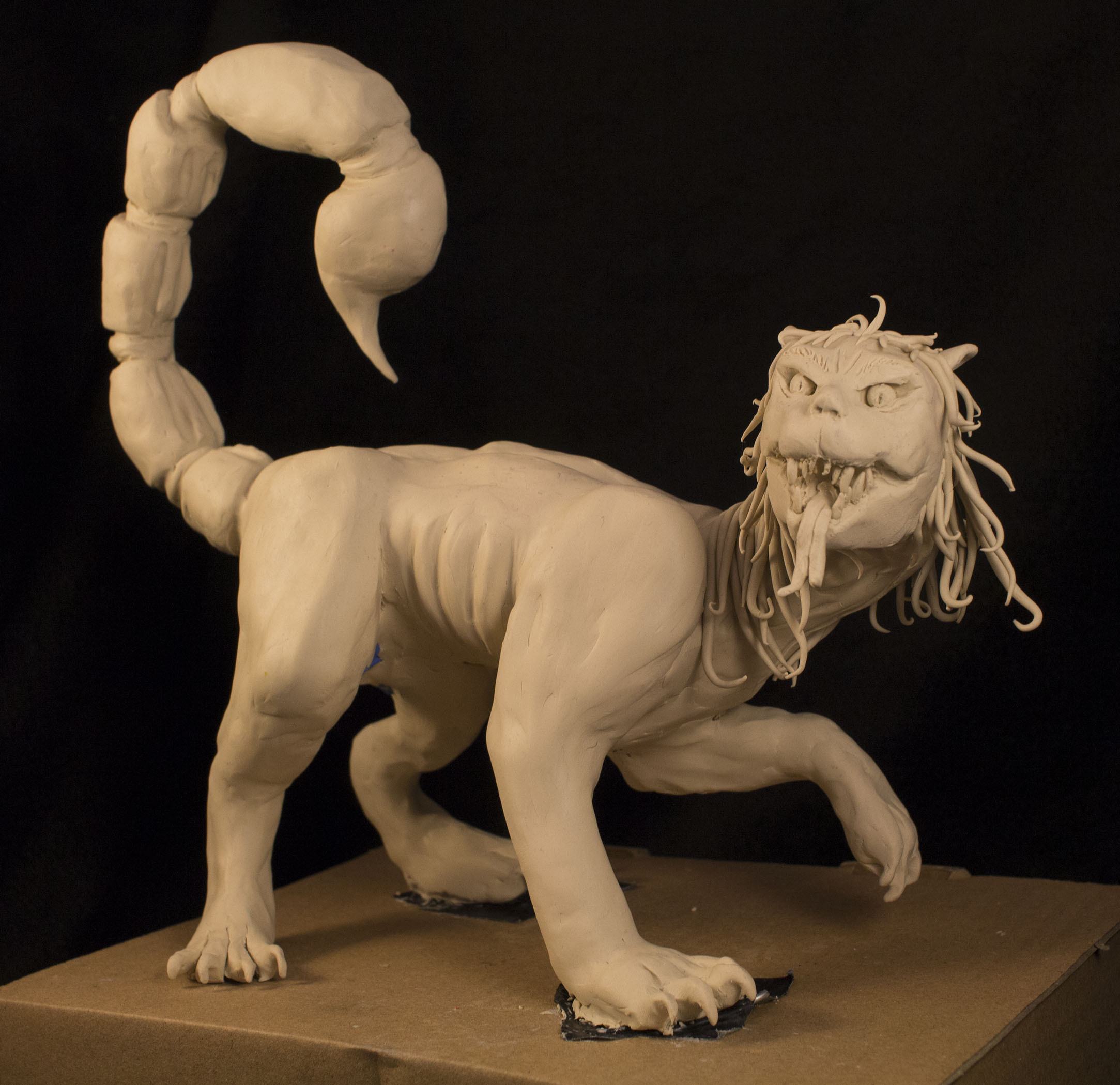 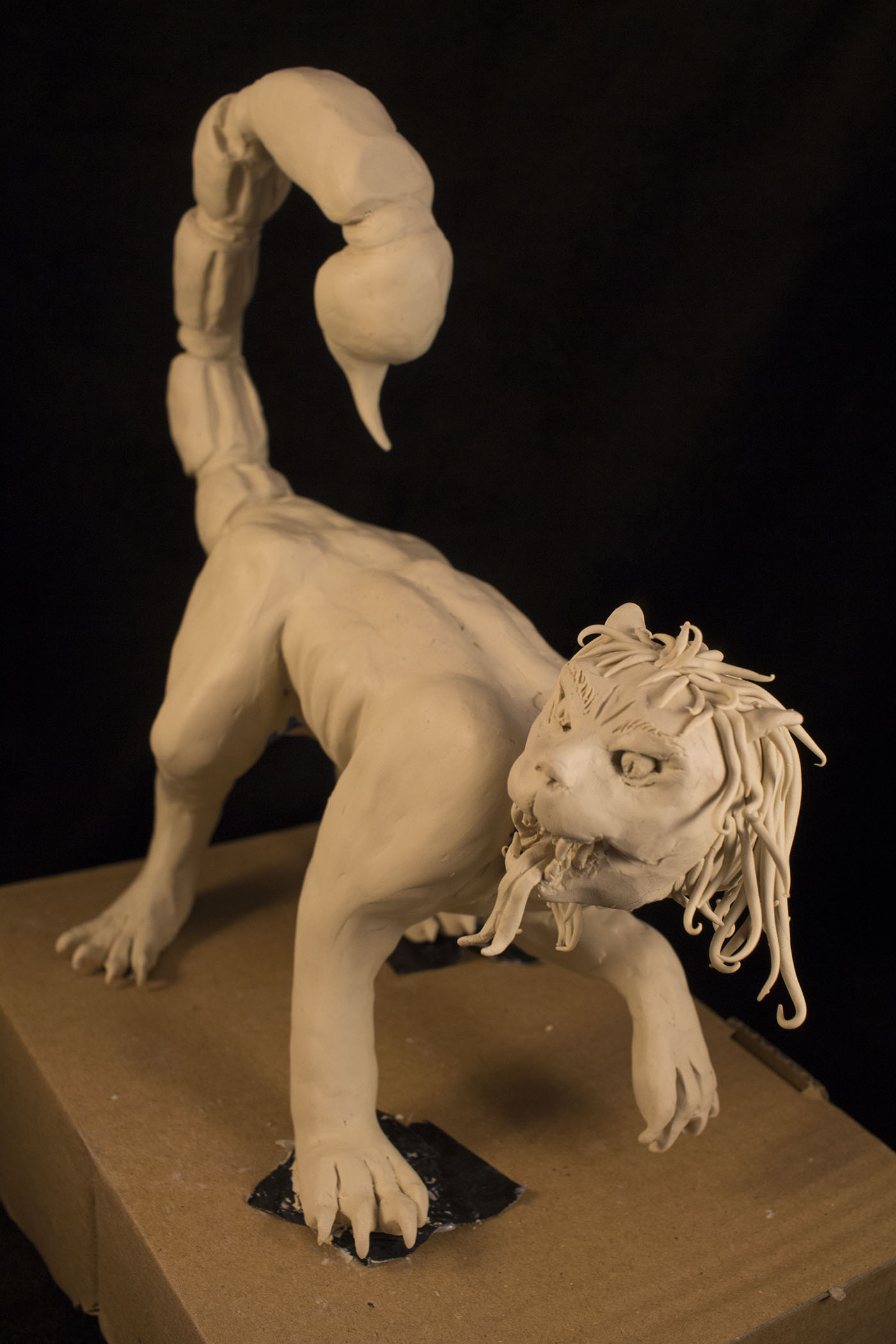 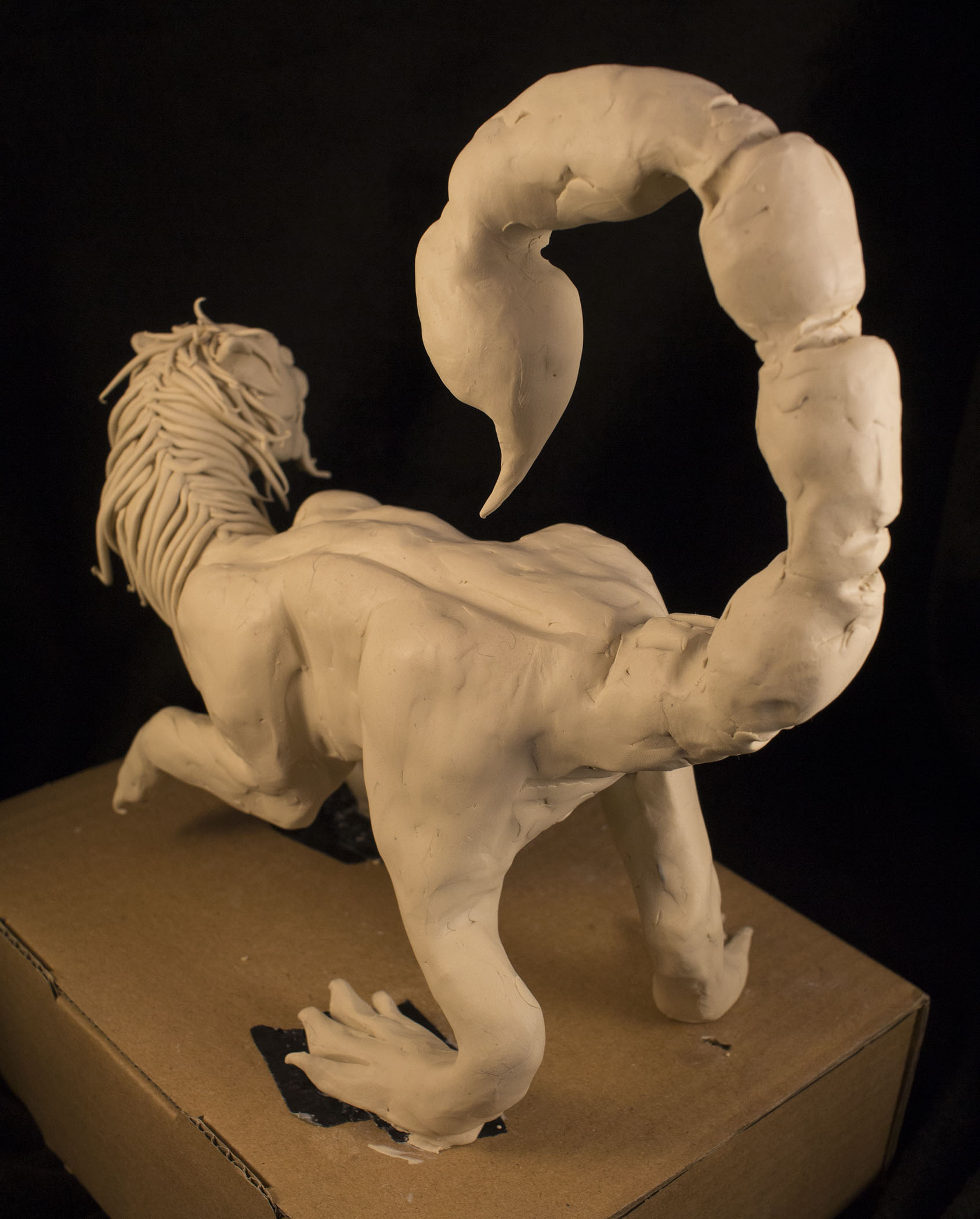 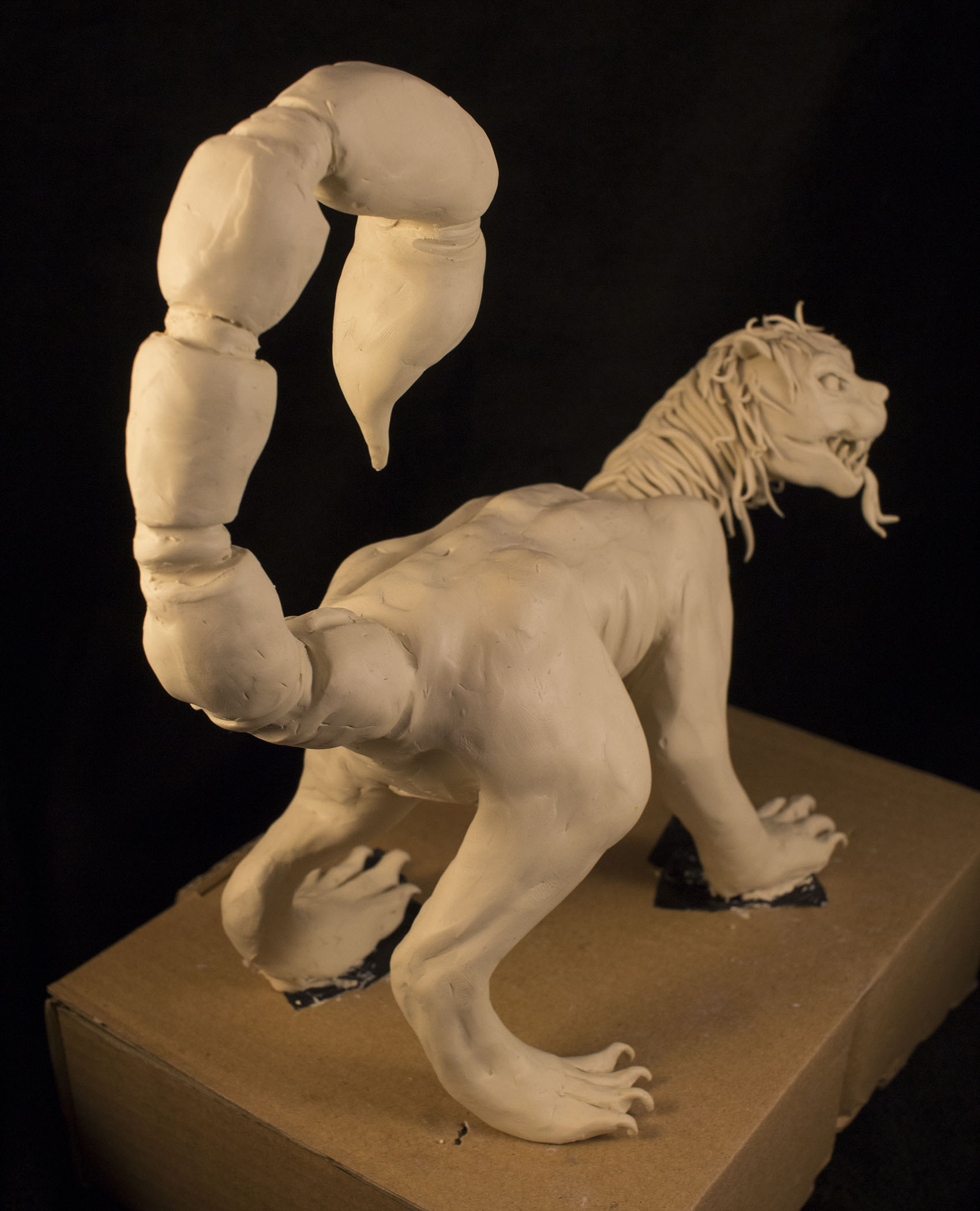 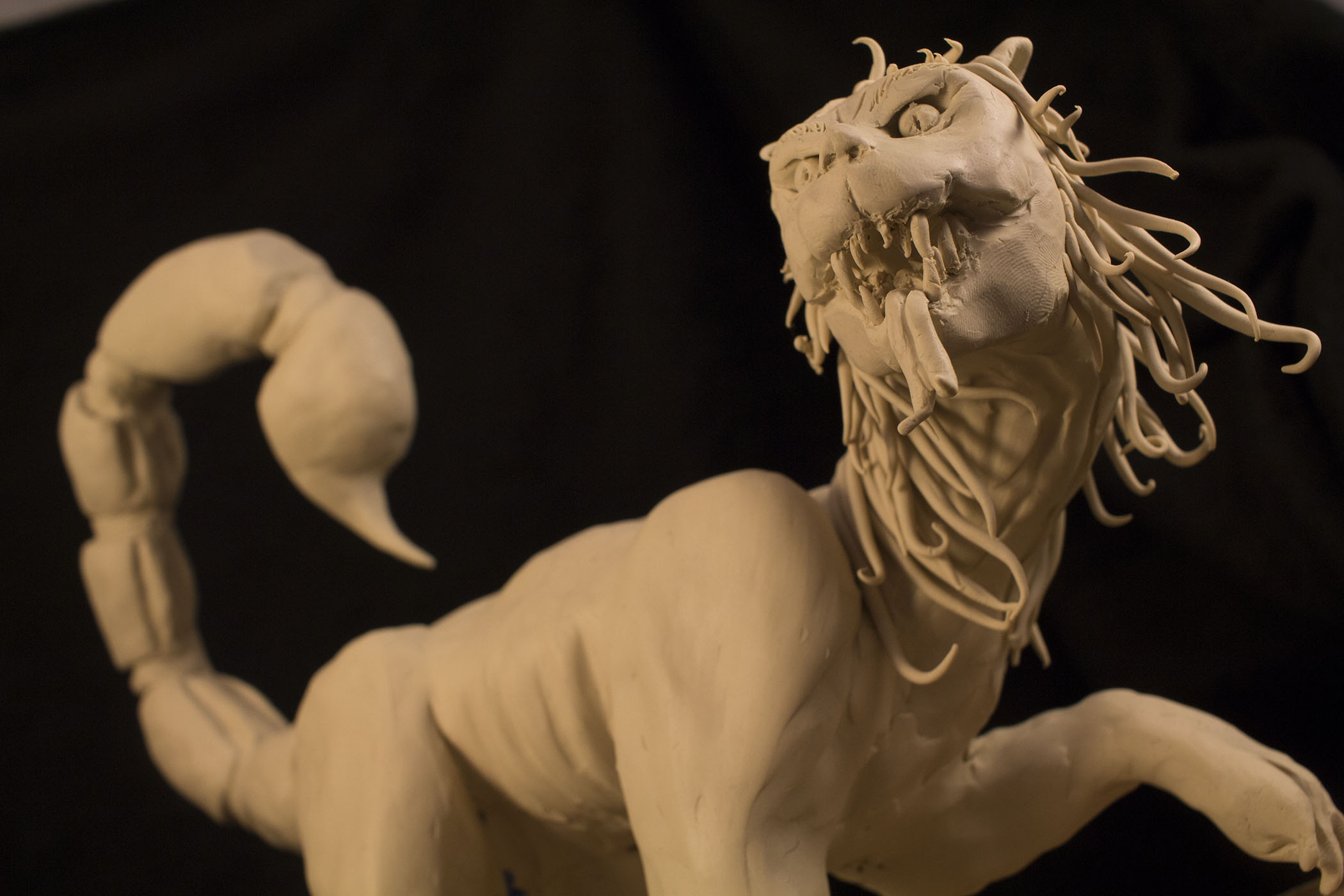