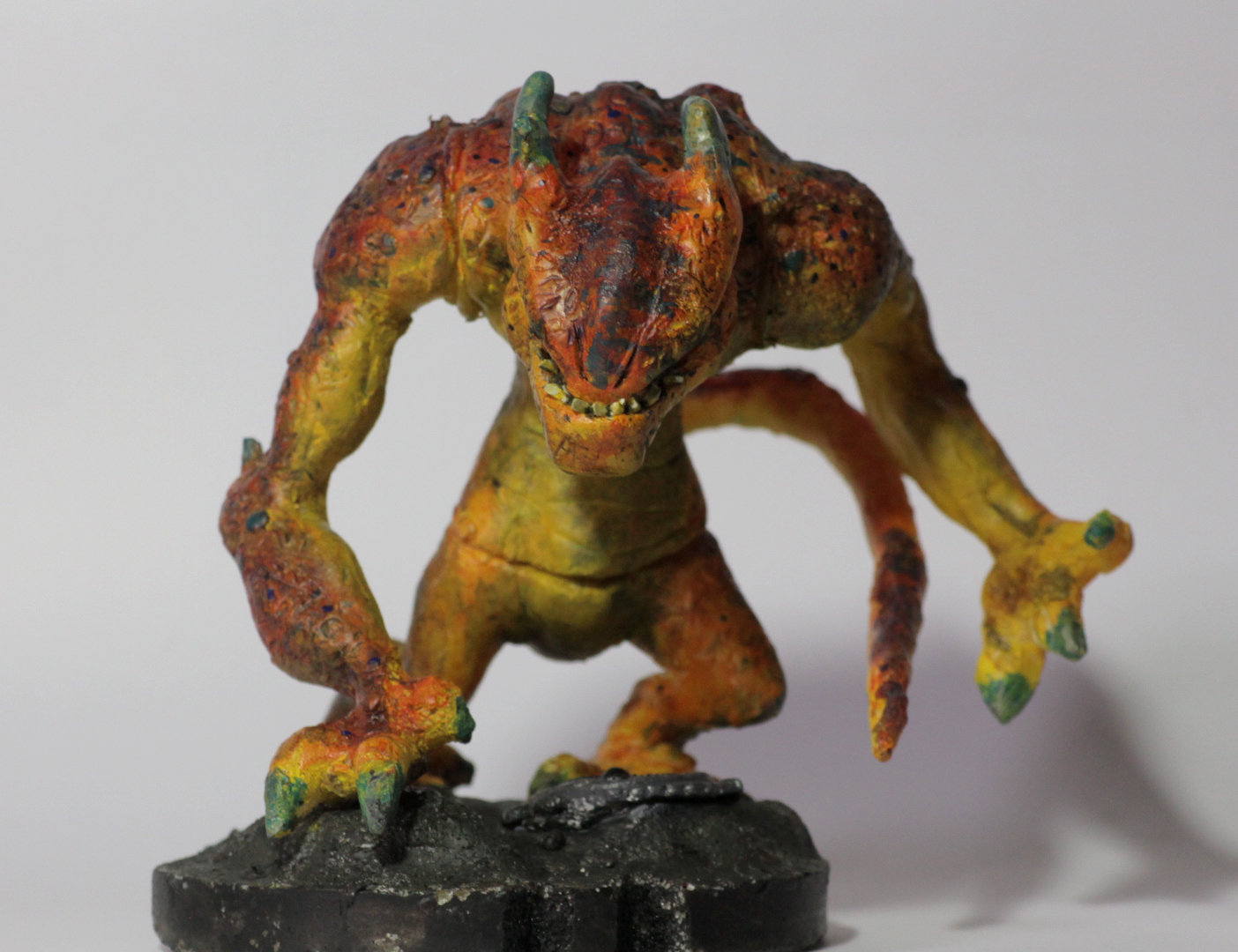 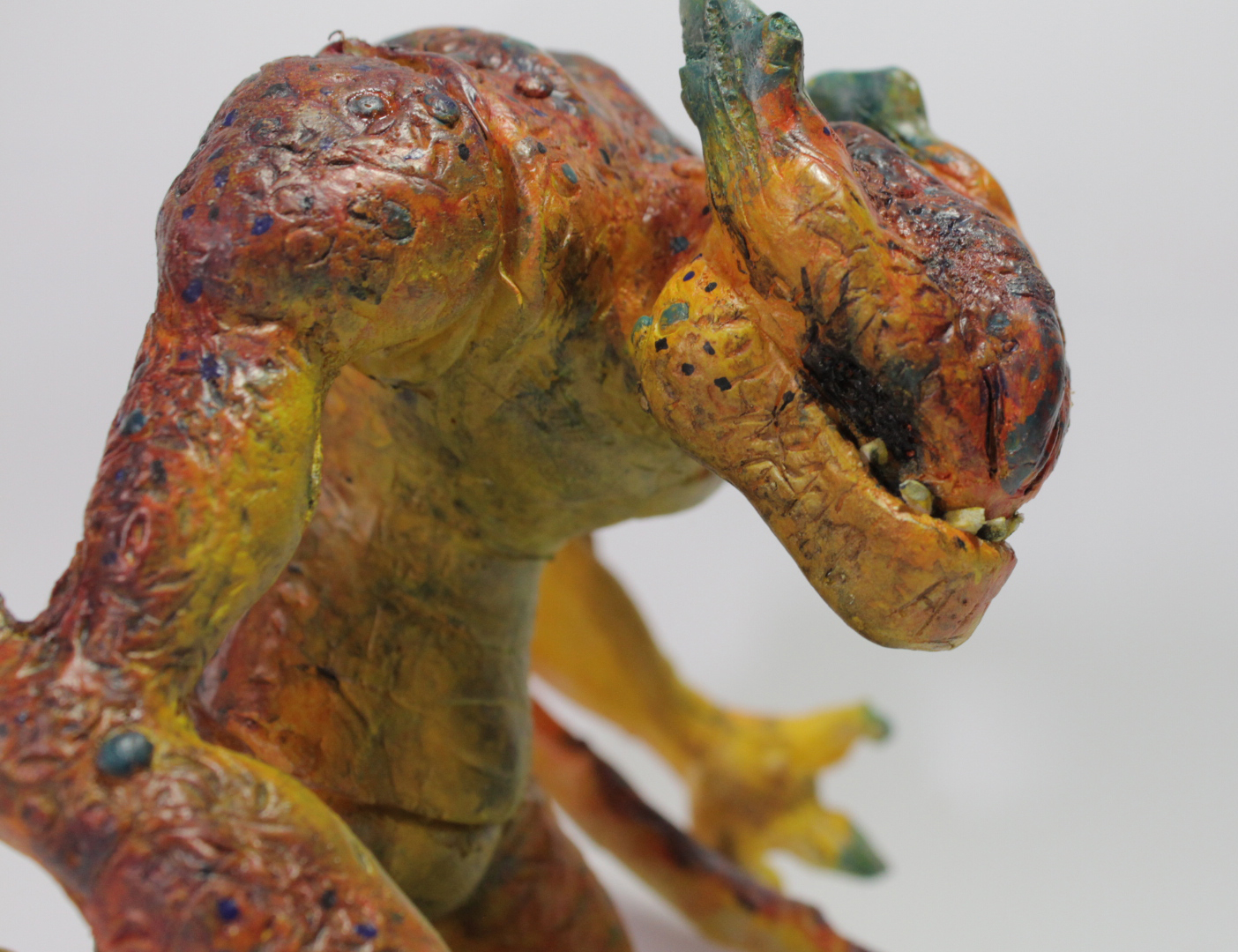 I started by creating a background story for the monster:
He is called Antorak, an evil creature who lives in the deepest Black Forest cave in a medieval kingdom. Every knight in the kingdom tries to prove his worth to the king by defeating the creature, but no one has succeeded. 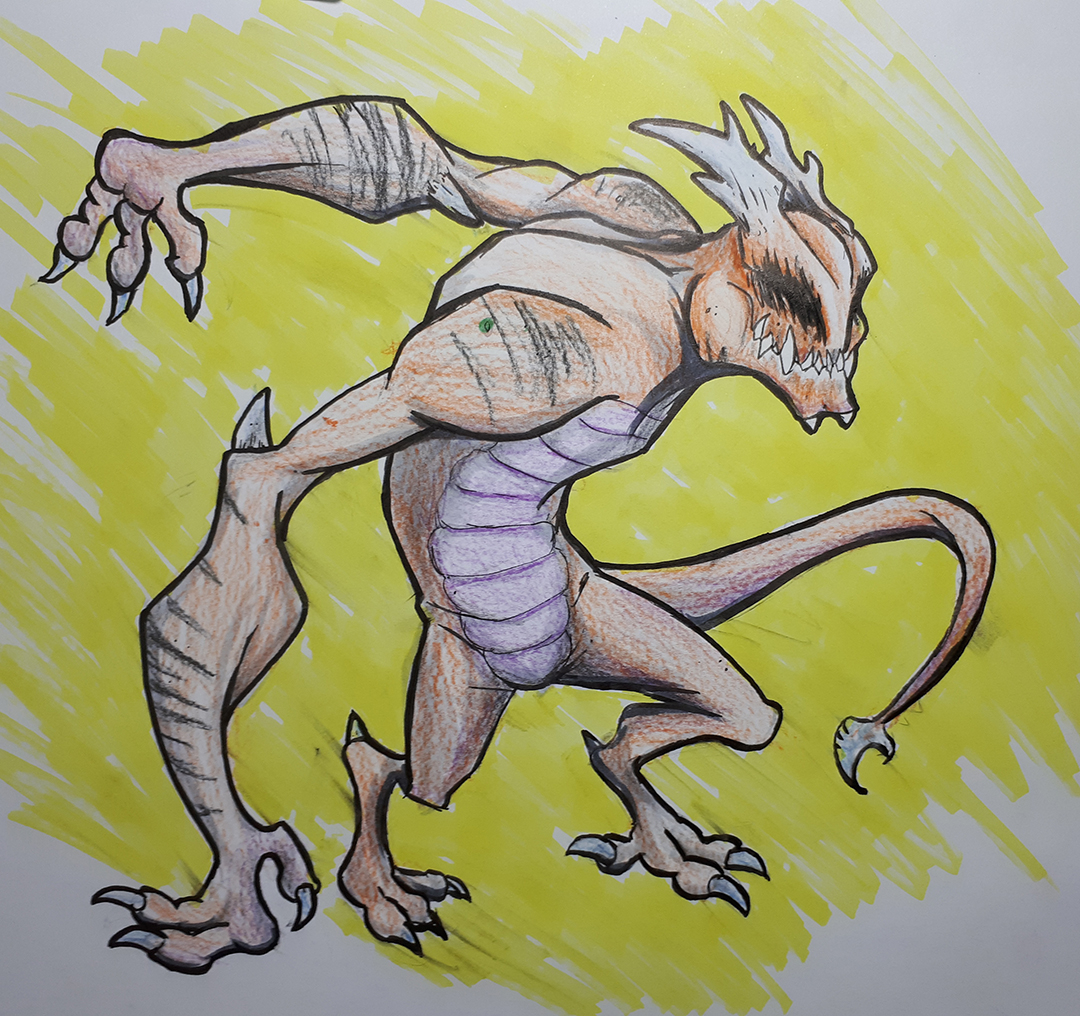 From that story I worked on a design and started working on sculpture, it was the first time I developed a complete sculpture, and it was a fun job.
In the sculpture I make his eyes, but really liked the idea that the creature has no eyes, making it more mysterious and threatening. 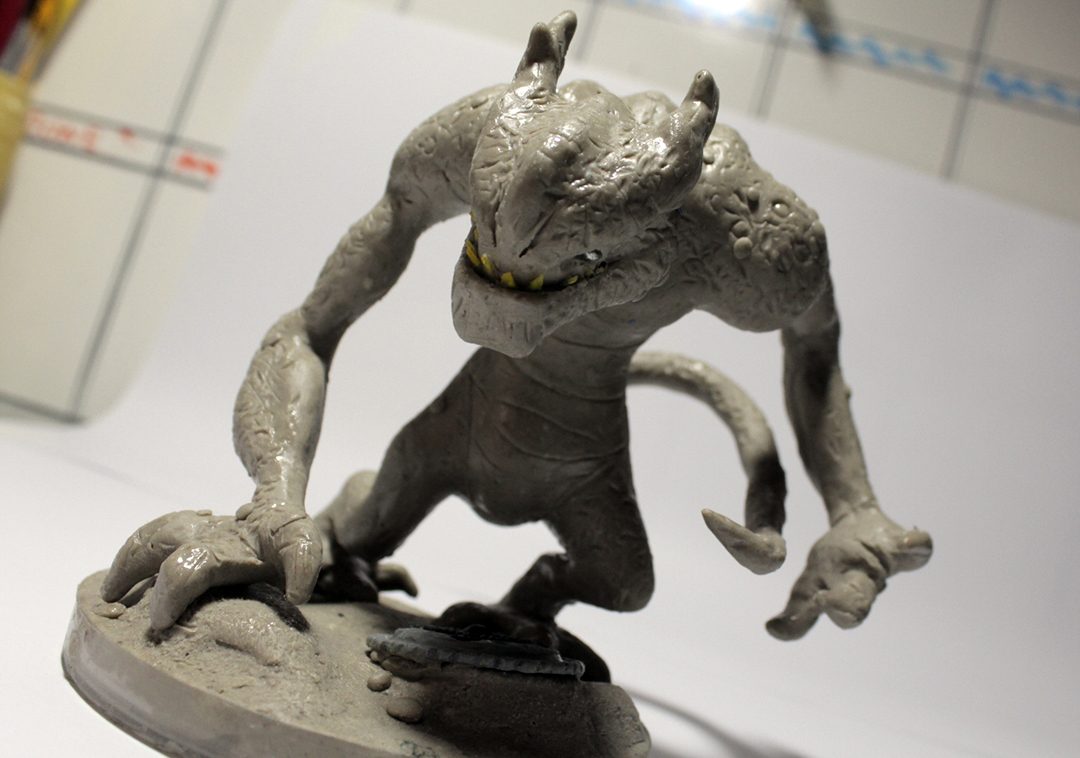 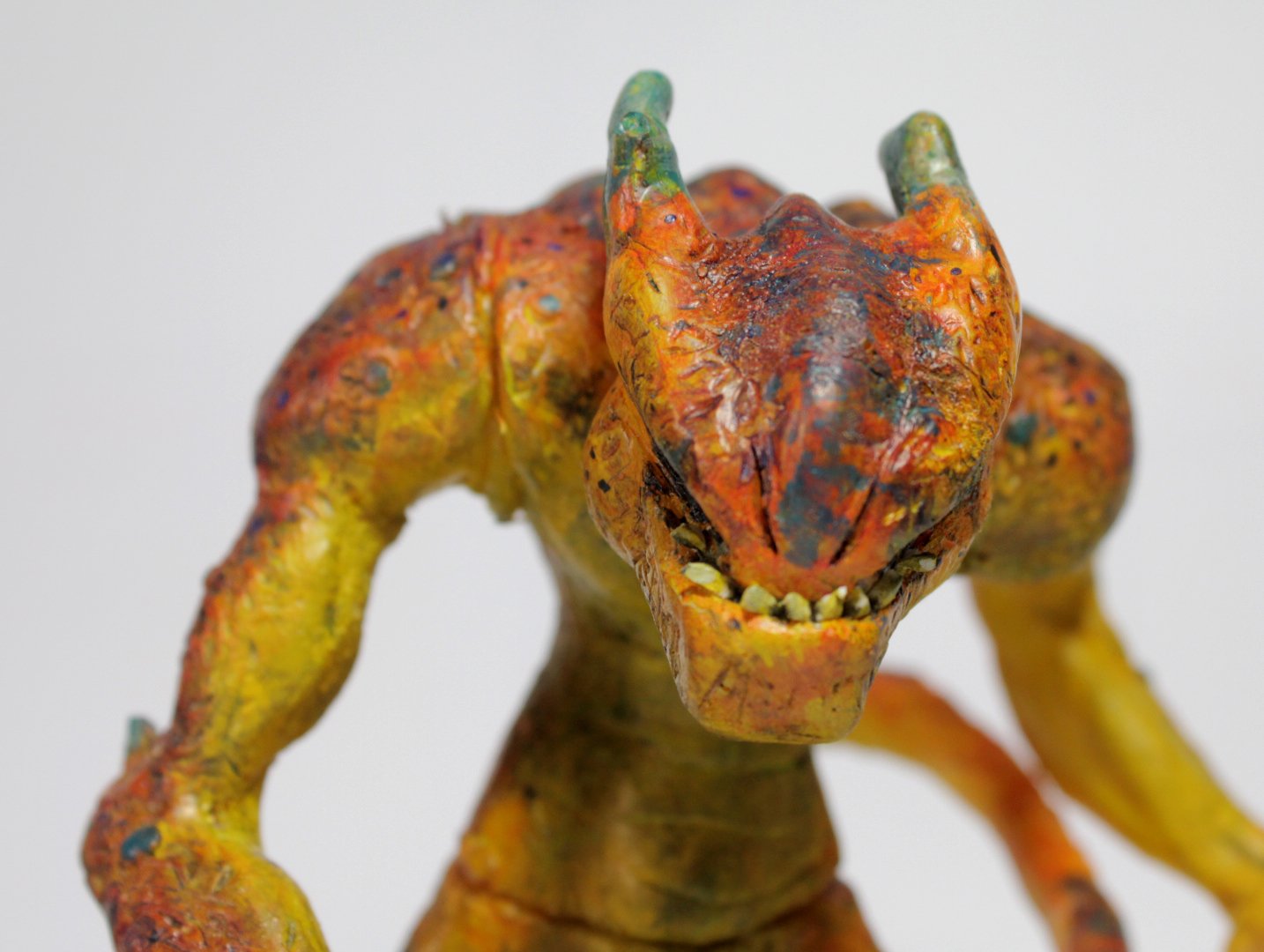 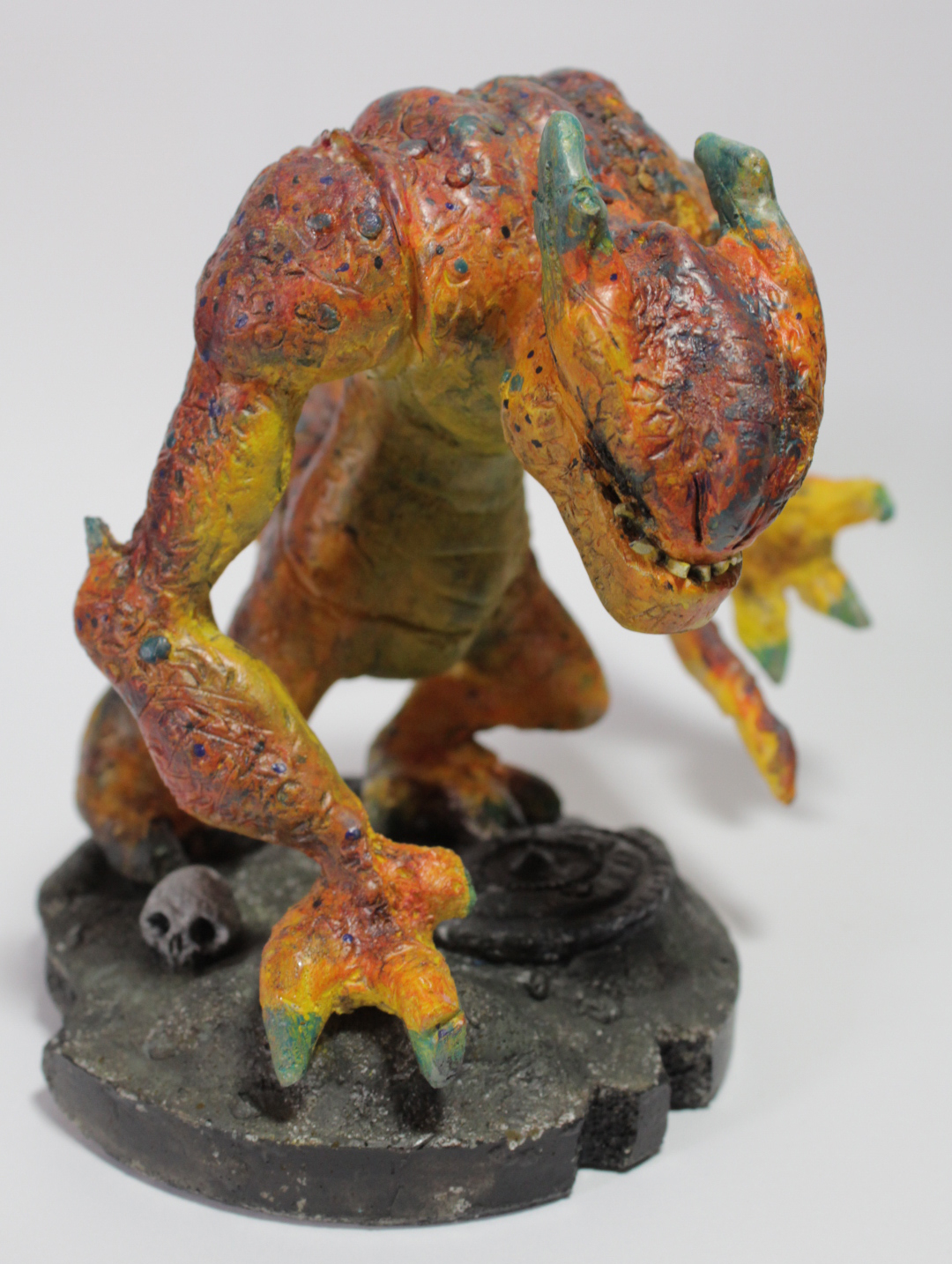