This is my entry for this contest. I designed this creature including its background, habitat and life cycle. I created several images, including concept design, illustration and ZBrush sculpts (this is my first ZBrush project). 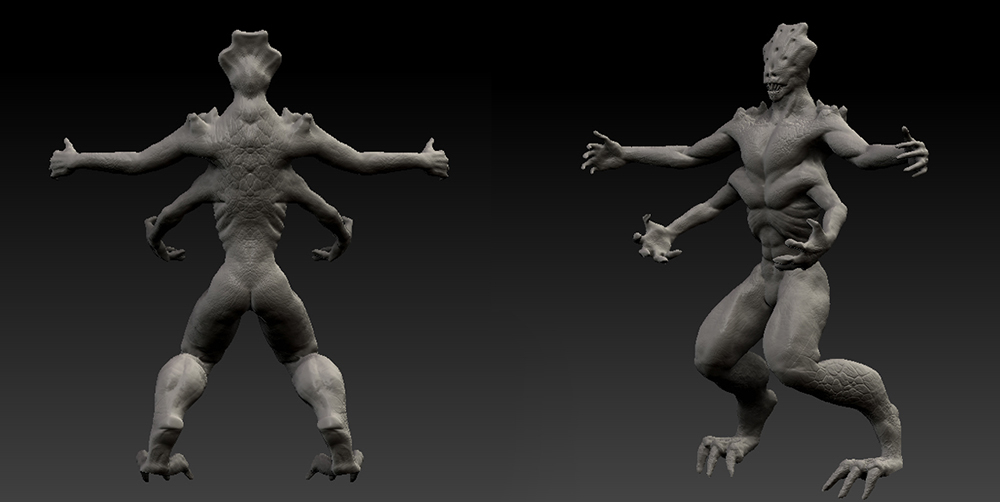 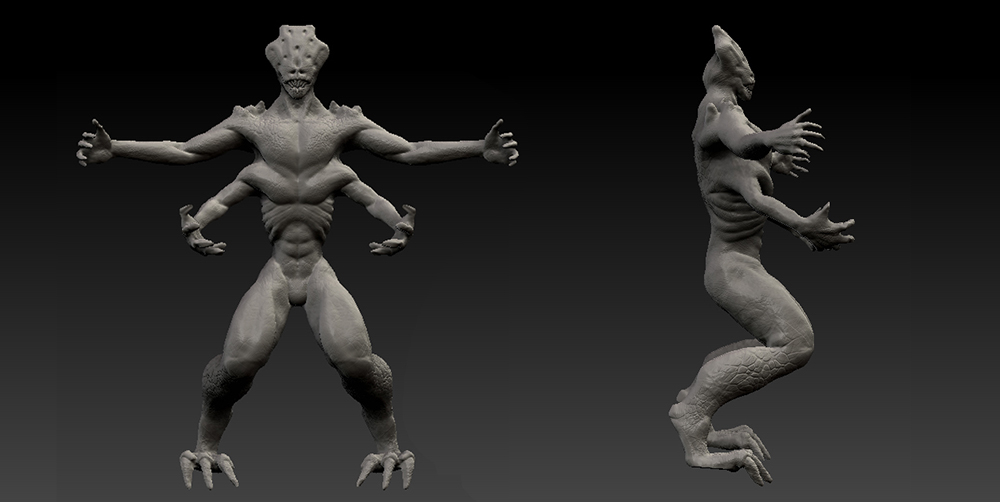 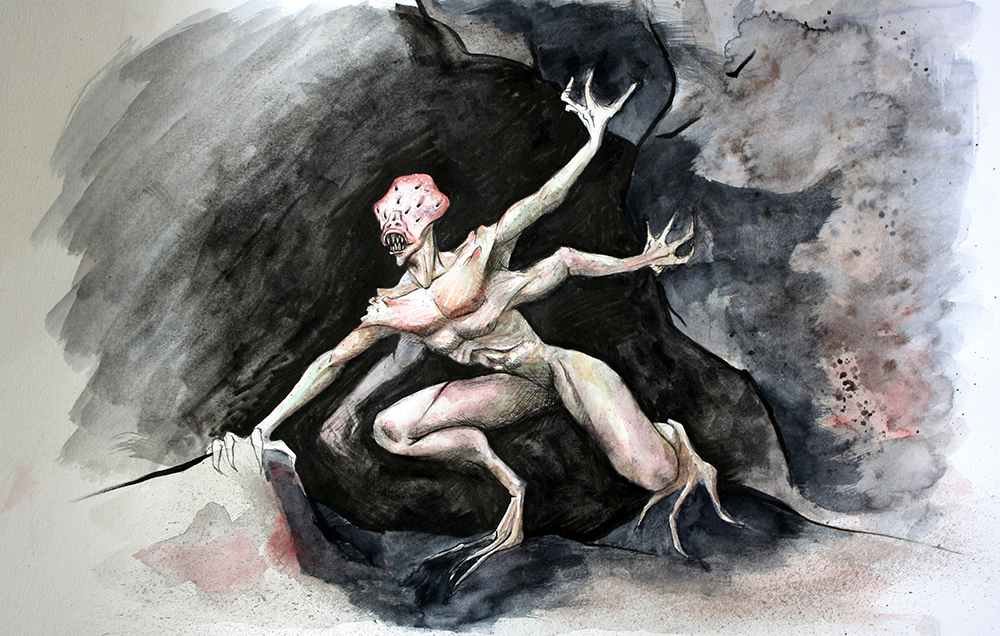 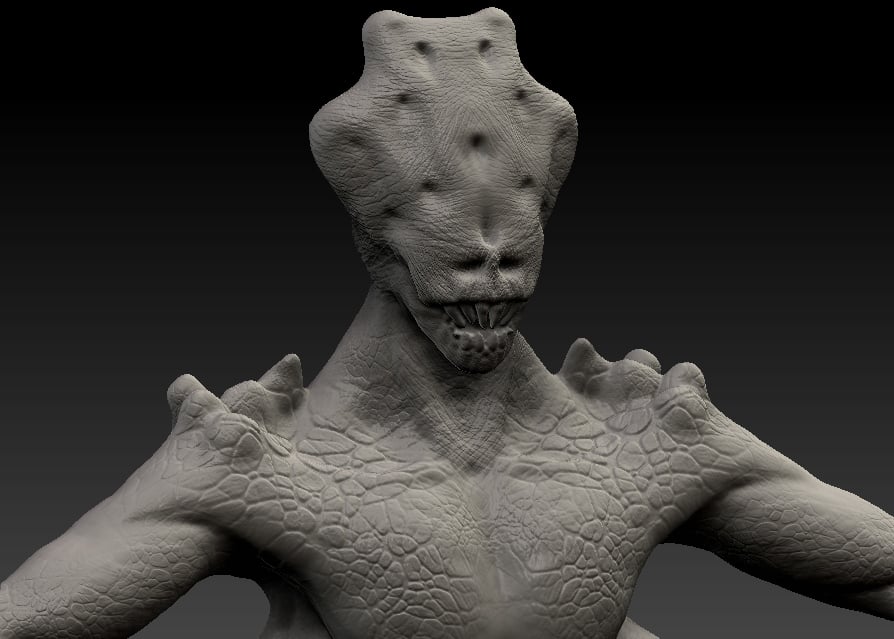 In light of an imminent and irreversible disaster, colonies began to populate other planets that were suitable for human life.

After hundreds of years, scientists confirmed that the levels of pollution on Earth had finally remitted, making the reverse exodus possible.

These creatures are believed to be mutations of the remaining (and abandoned) human habitants.

These hermaphrodite creatures impregnate themselves. One individual becomes pregnant with one egg alone and carries it for several weeks.

When the egg has grown too large and heavy to carry, the creature regurgitates the egg.

This causes tearing of its internal tissue. The ribs and esophagus, teeth and jaws are also broken.

The adult subject struggles, finding shelter in a dark and humid place underground, until it finally dies. 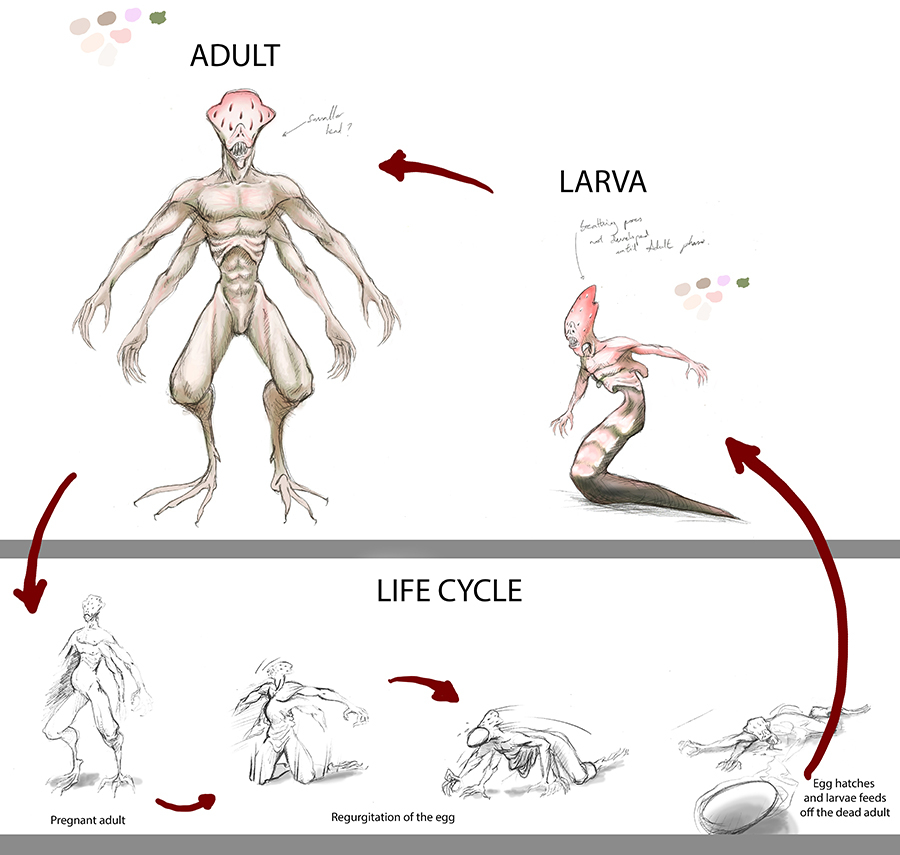 The sudden difference of temperature forces the embryo to hatch. The larva then feeds off the corpse of the dead adult.

It’s born amphibious, facilitating its ability to feed on prey (underground or in swamp water), until it is ready to molt.

In this phase it loses the tail, which evolves into two more extremities (legs) and it completely develops a second set of arms. This allows the creature to leap and climb, making the hunting of prey easier, once it returns to the surface.

Other details: the bone structure of the head and sometimes other parts of the upper body mimic the surroundings (rocks and arid areas with a similar structure), allowing it to camouflage and ambush its victims. 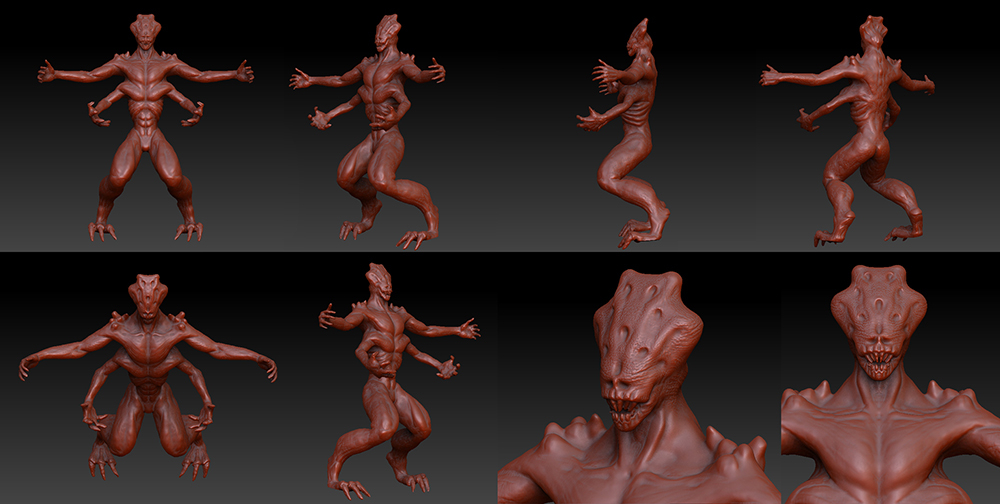