My name is Julia and I am a Hair, makeup and prosthetics student at LCF (London).
My submission is the result of a Uni project in which I had to design something inspired by Blade Runner to promote the new Blade runner 2049 movie (before it came out).
The character I designed is a genetic mutation that has been created by injecting a new gen into the Nexus 7.
To make this character as realistic as possible I did a research about what Gene Mutation is and how it is generated.
To create this mutation I looked at animal’s enviromental adaptations and the most inspiring animal was the Moloch Horridus commonly known as the Thorny Devil, which has multiple adaptations
that allows it to survive in the arid deserts.
The Thorny Devil is such an interesting animal, not just because of its adaptations but also because of
its appearance. Its uniqueness is very inspiring and I thought that creating a character in which I could
mix its features with an human-like body will be bery exciting and that It was something I really wanted
to do.

The whole makeup is done by flat encapsulated silicone pieces and it was painted using an airbrush.
You can see the process of making it as well as applying it. 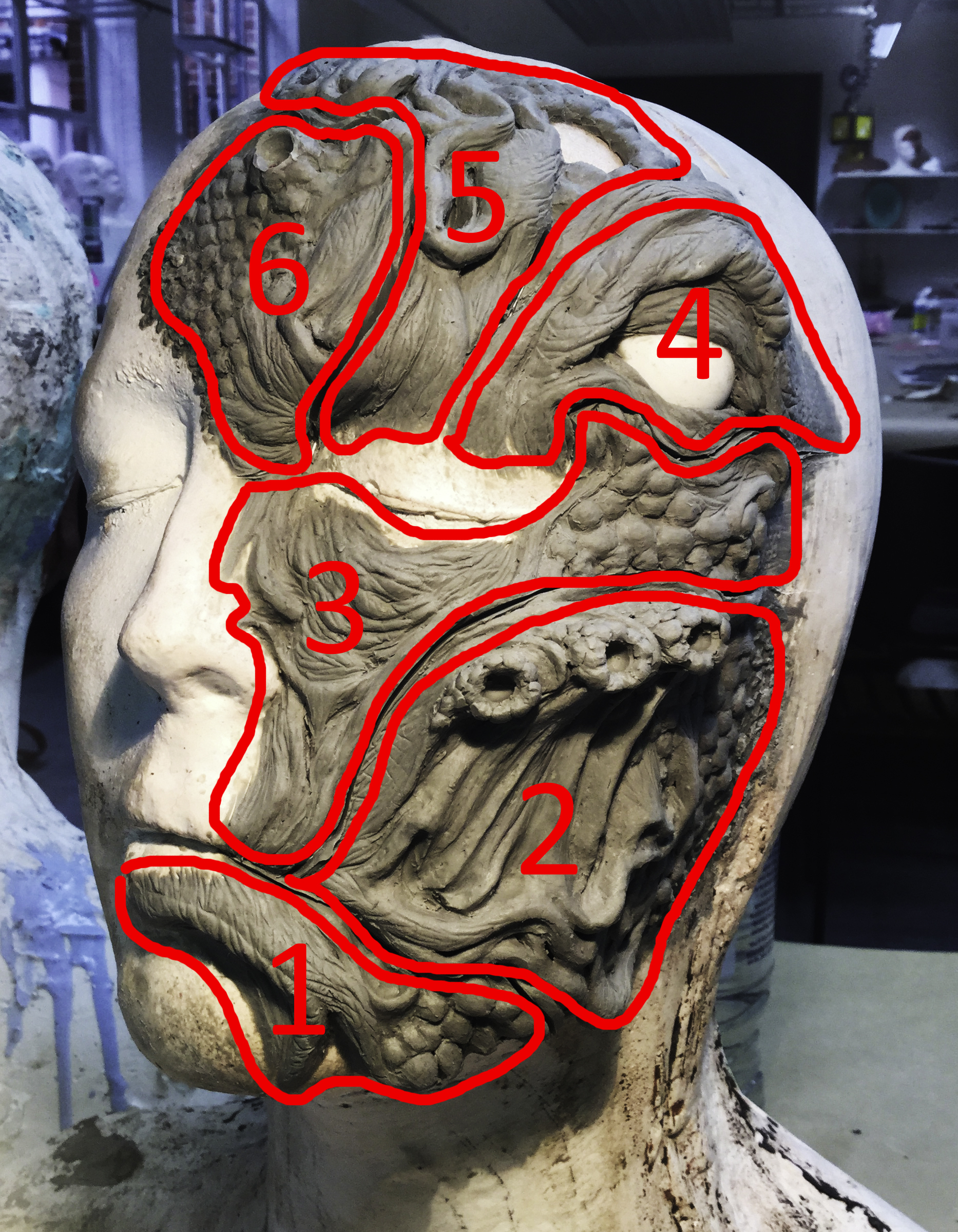 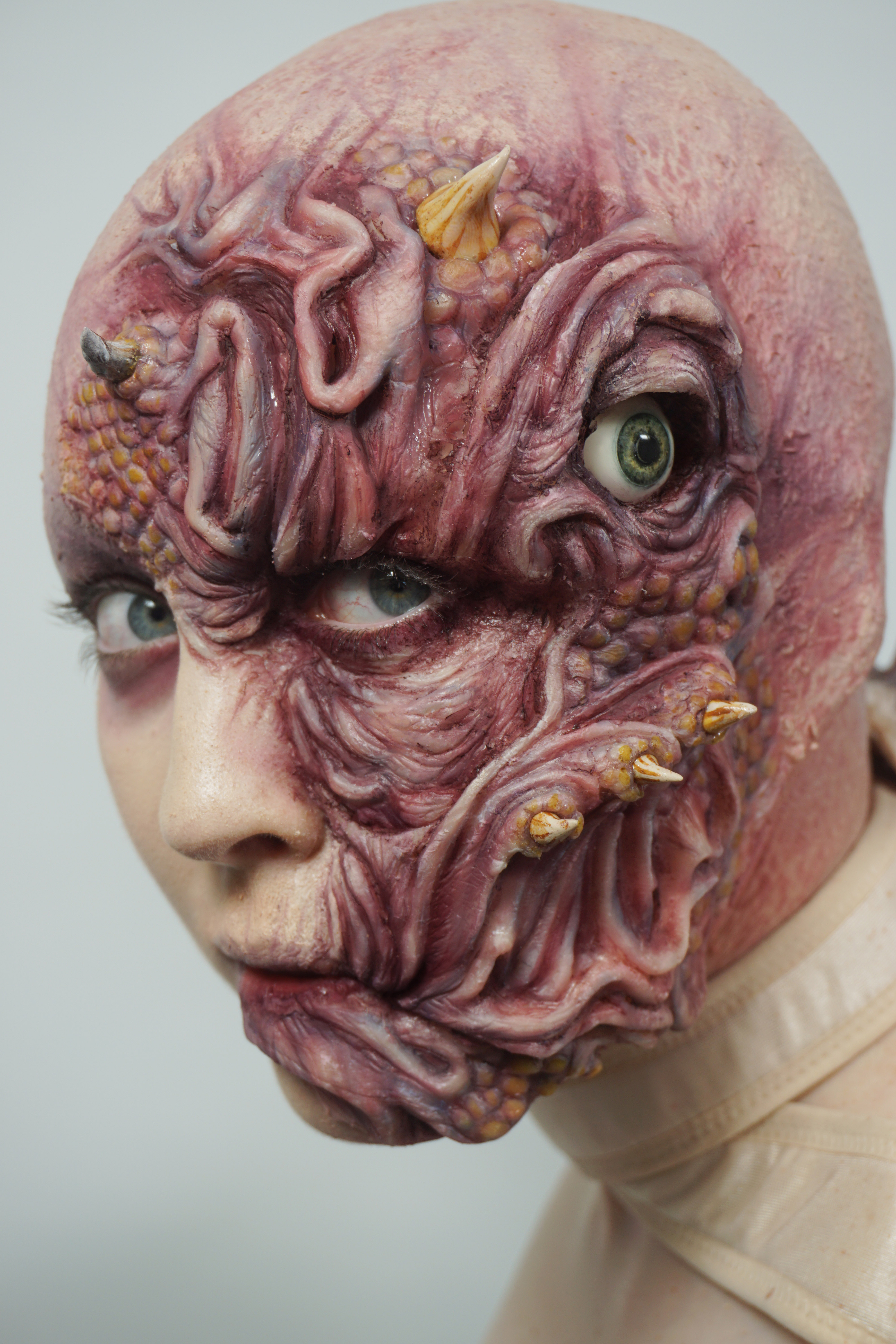 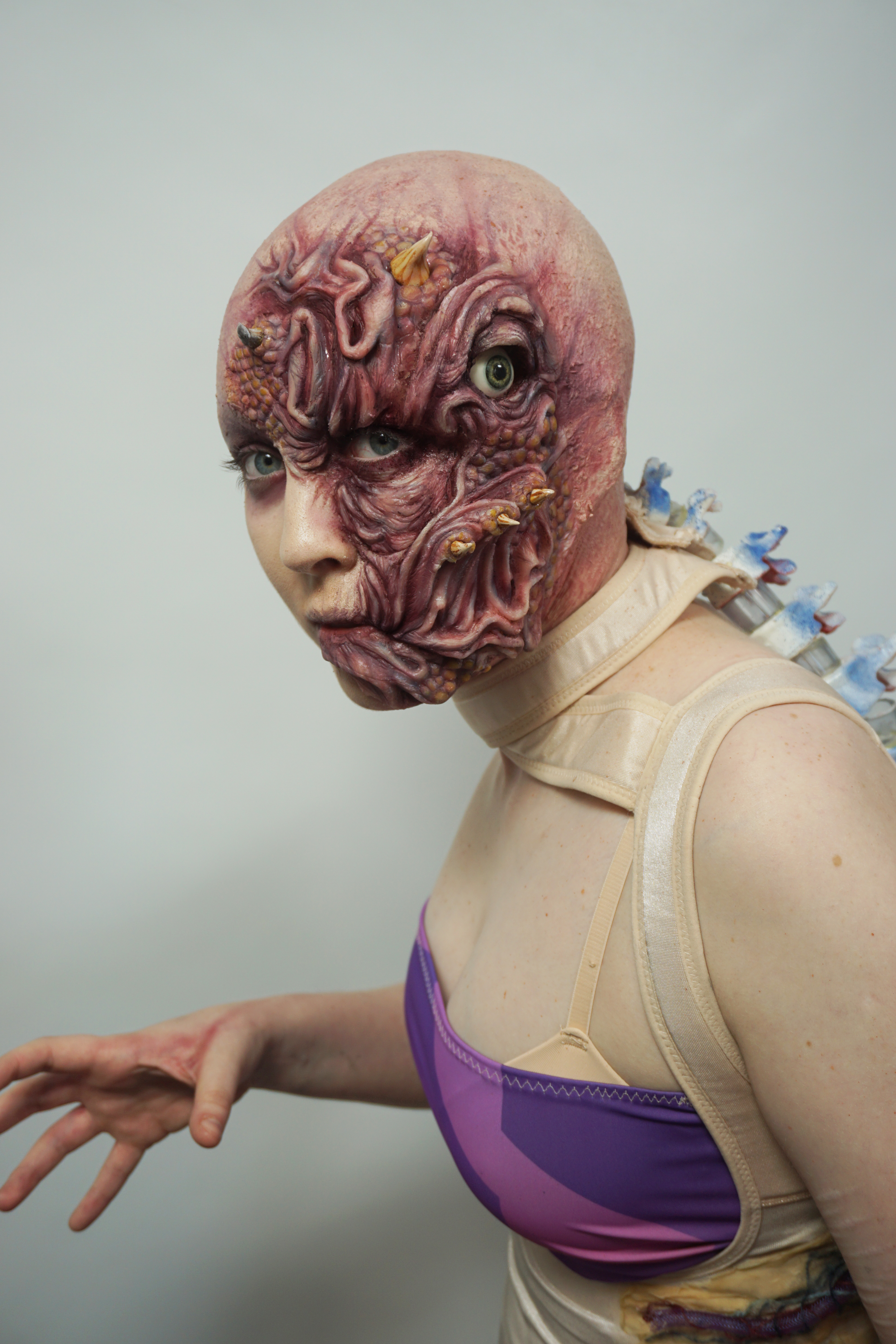 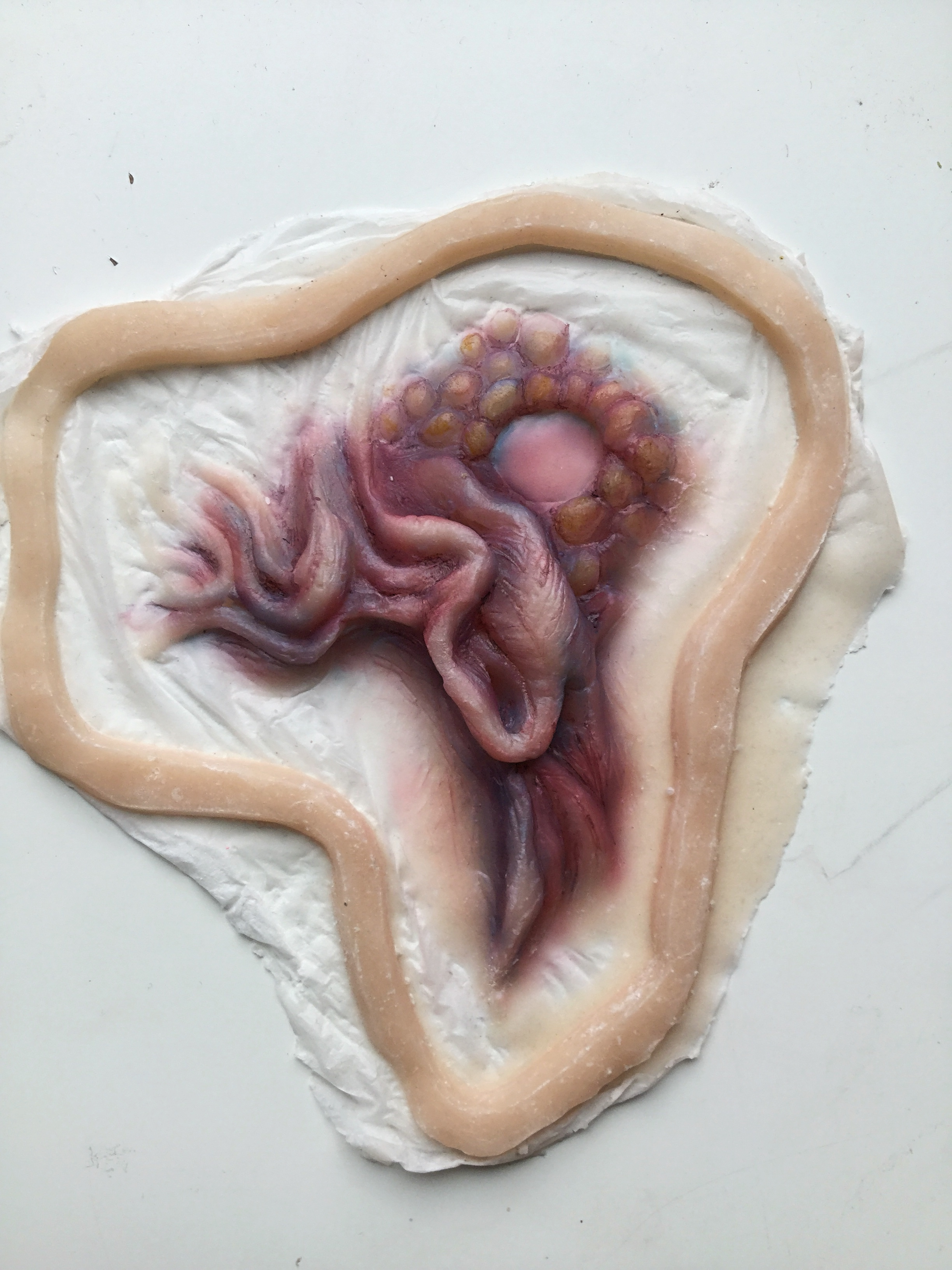 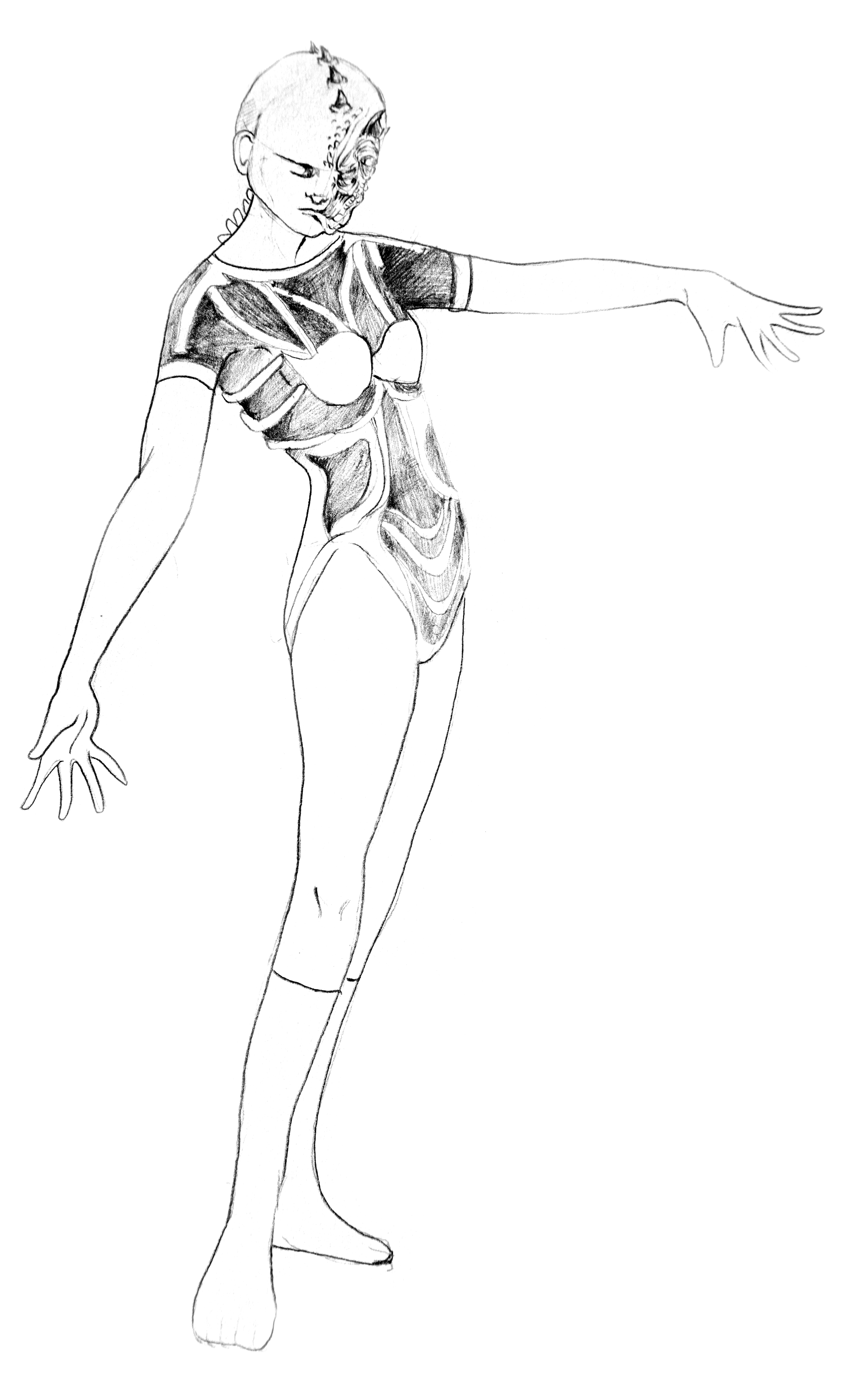 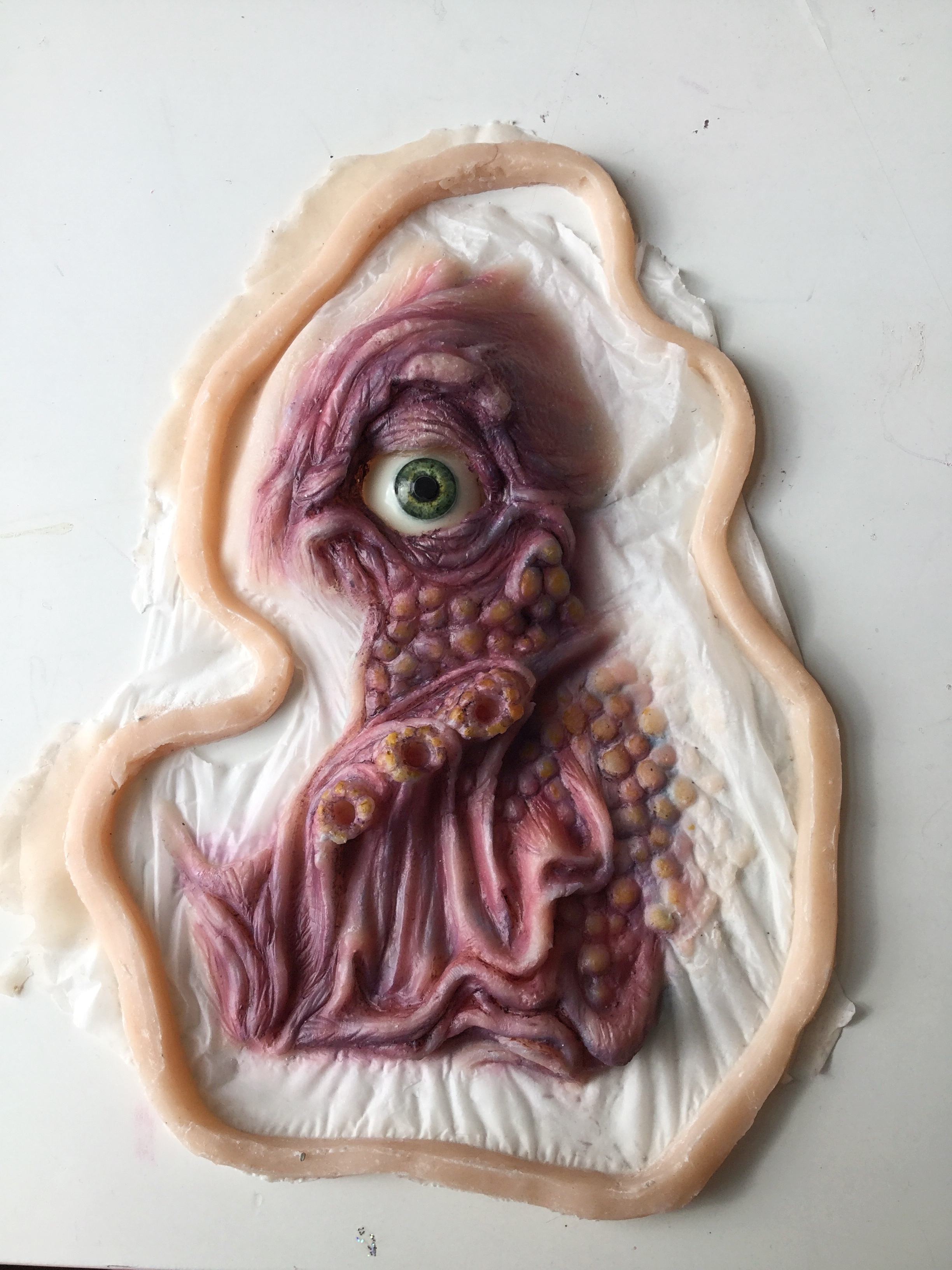 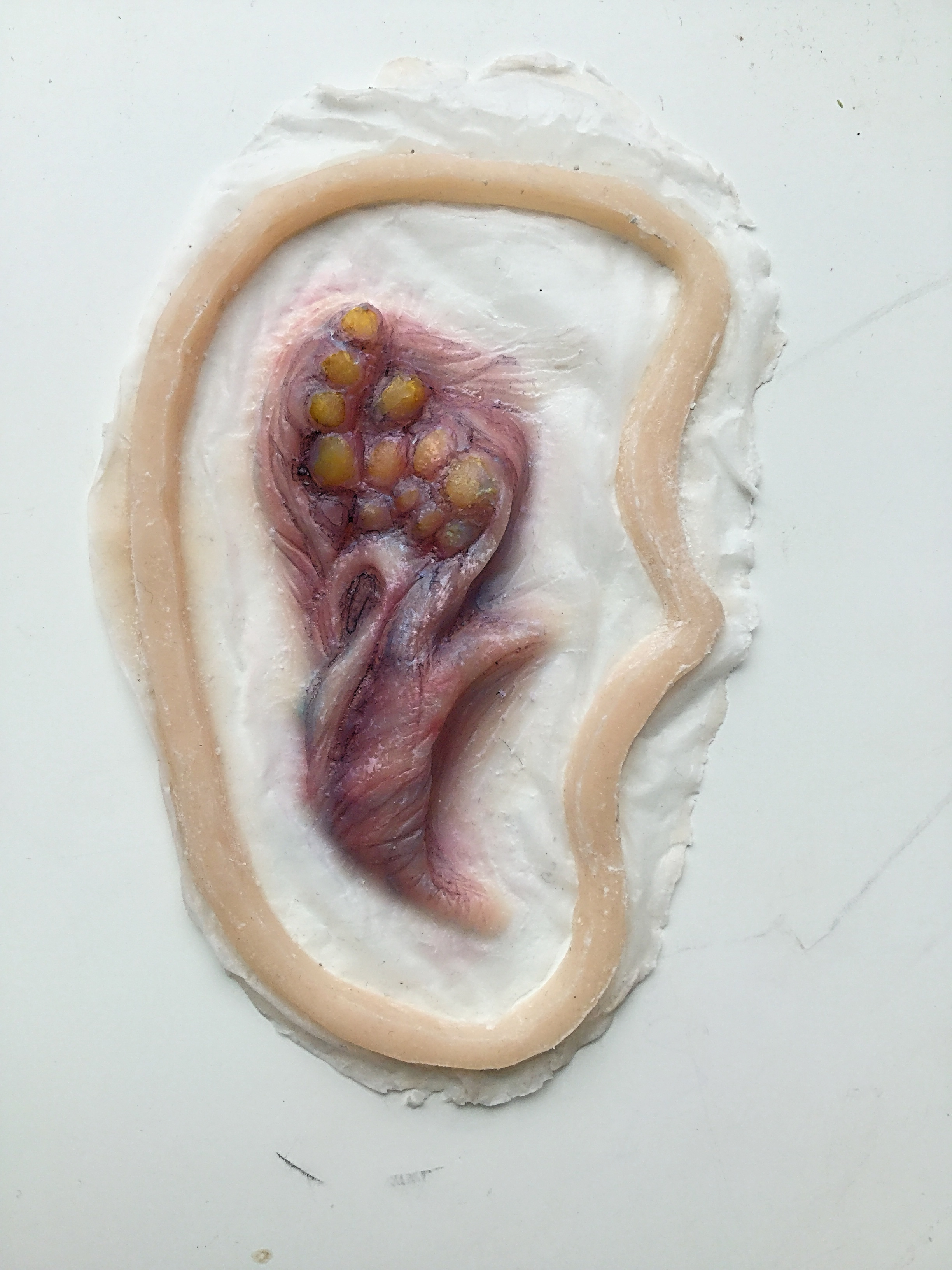 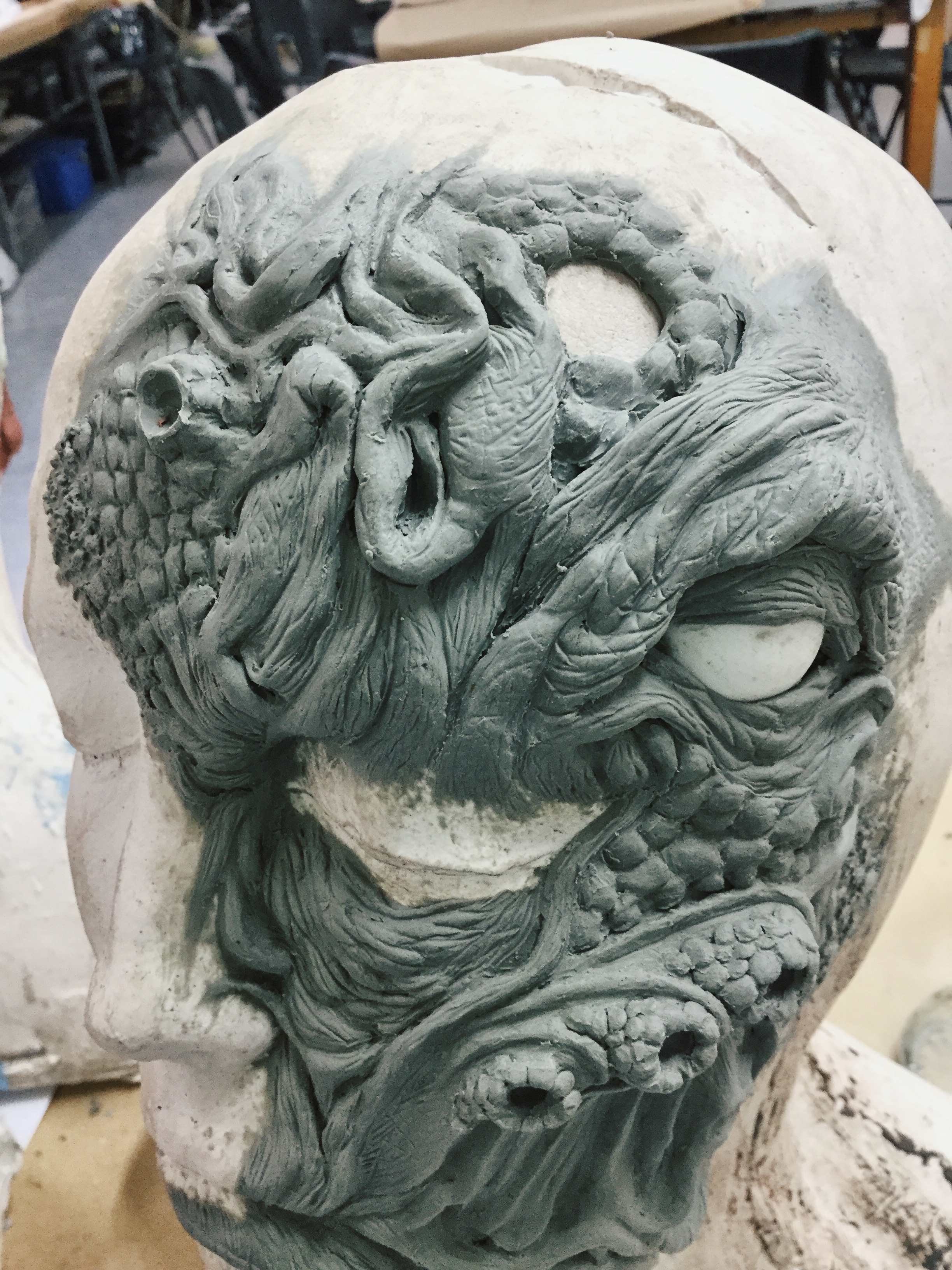