Help! Moldmaking- how to mold an eel?

i am wondering, how to go with a mold for an eel like creature.

I was thinking about a 3 part mold- one part for the face, two parts for the rest of the sculpture?

I would love to not going crazy with that mold, because its on a budget.

The finished creature has to be able to open the mouth- that means that i have to install an underskull for the mouth mechanism. But how would it be the best to go?

It should have also:
- a latex skin
- filled with foam for holding the shapes and make it stable

I would be very happy if anyone could help me. 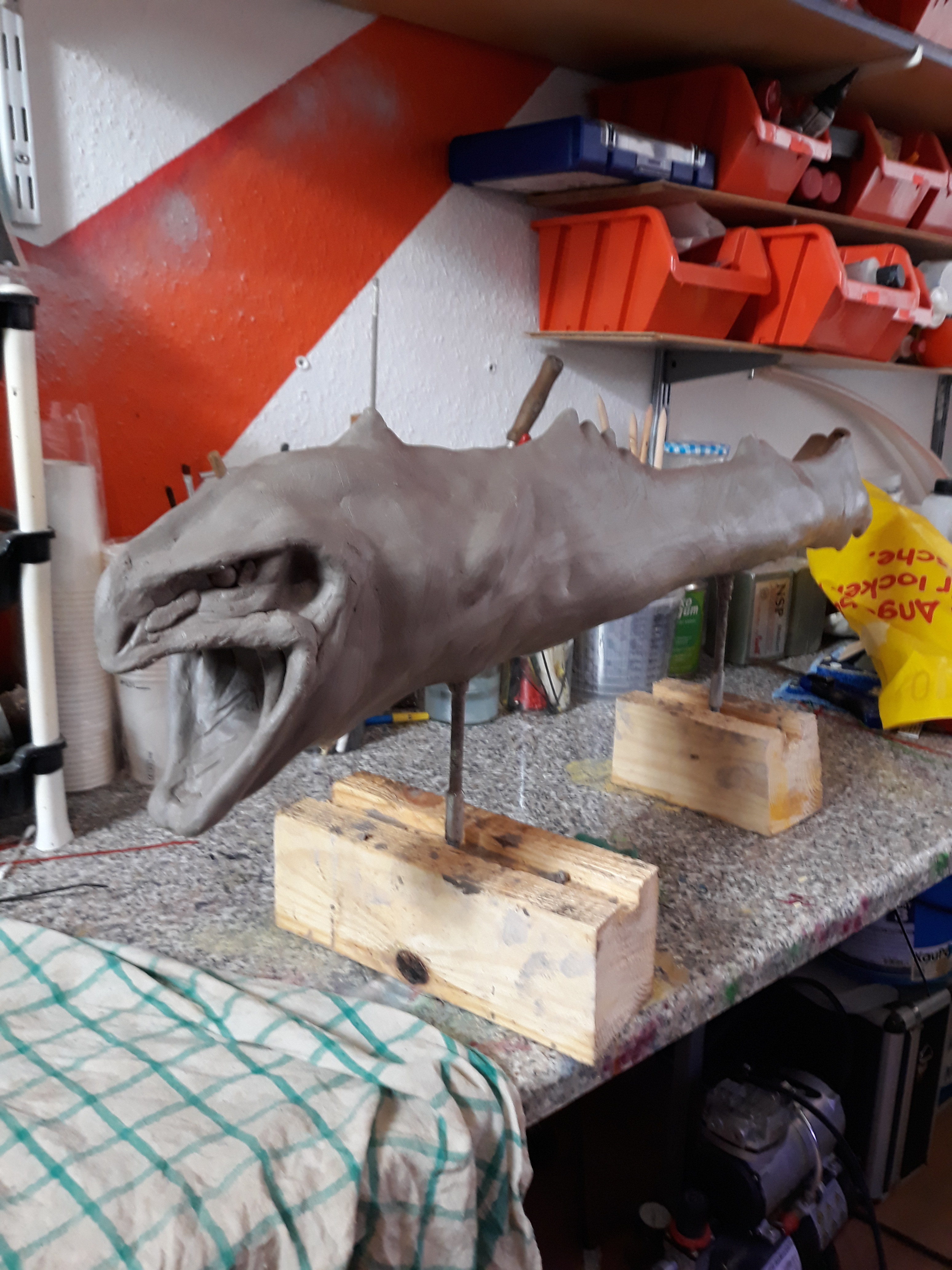