Here is my entry to the competition, which is my own original concept character "Nuke."

Nuke is a stylised FPS character inspired by the worlds of Destiny, Overwatch, and Halo. The background of the character is that he is a mercenary created by an organisation in the not too distant future, powered by Nuclear energy. His gun, the "Nuke Blaster" fires blasts of radiation annihilating all enemies in his path! Although Nuke is originally a gun for hire, his AI eventually develops the ability to free himself from the clutches of the company controlling him, and he then fights to destroy the organisations profiting from war.

He is also equipped with tactical sight, and rocket propelled jet pack which allows him to jump and hover for a short time -before it needs to recharge to be used again.

I created the concept using both Photoshop and the Procreate app.

Good luck to everyone involved! 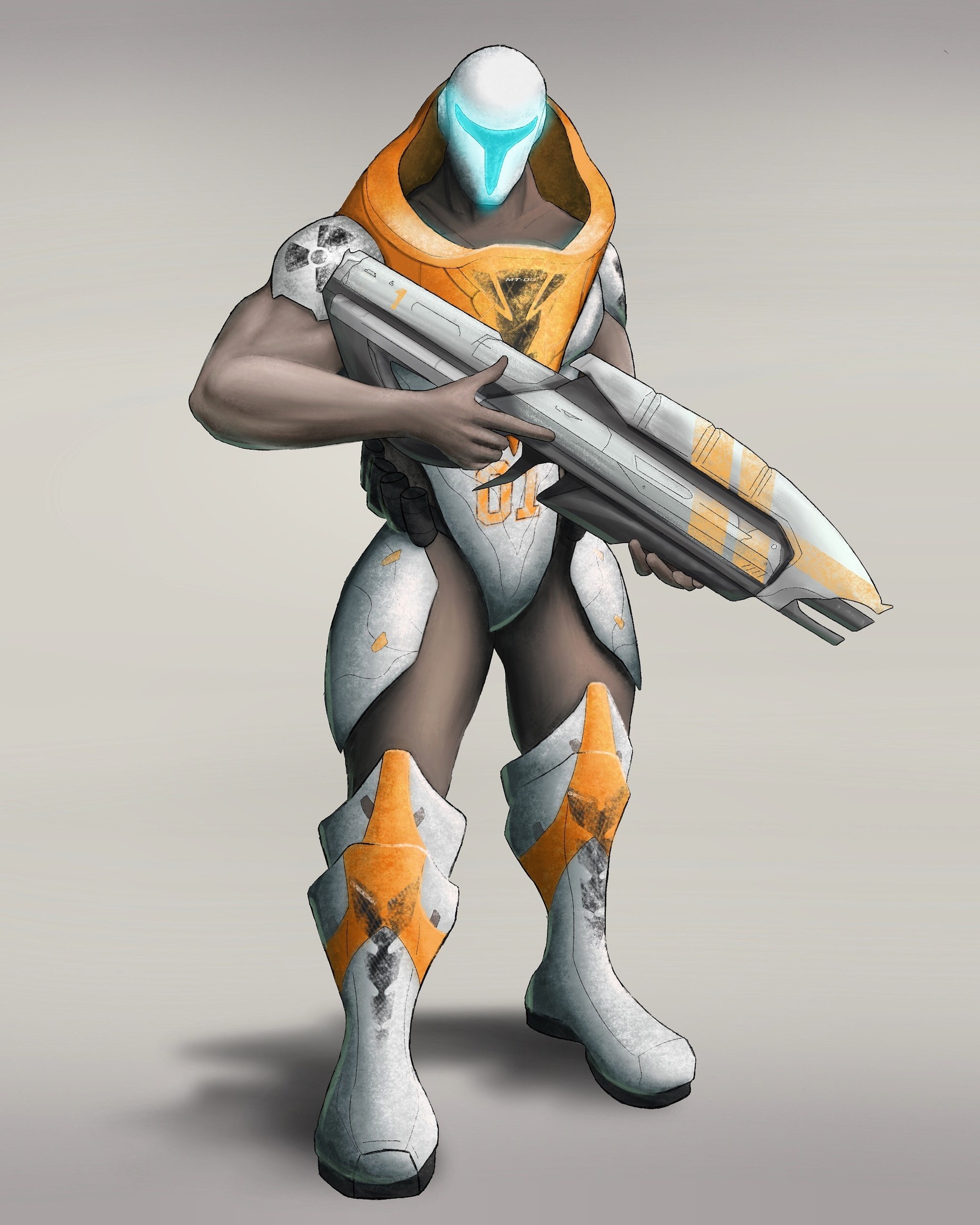 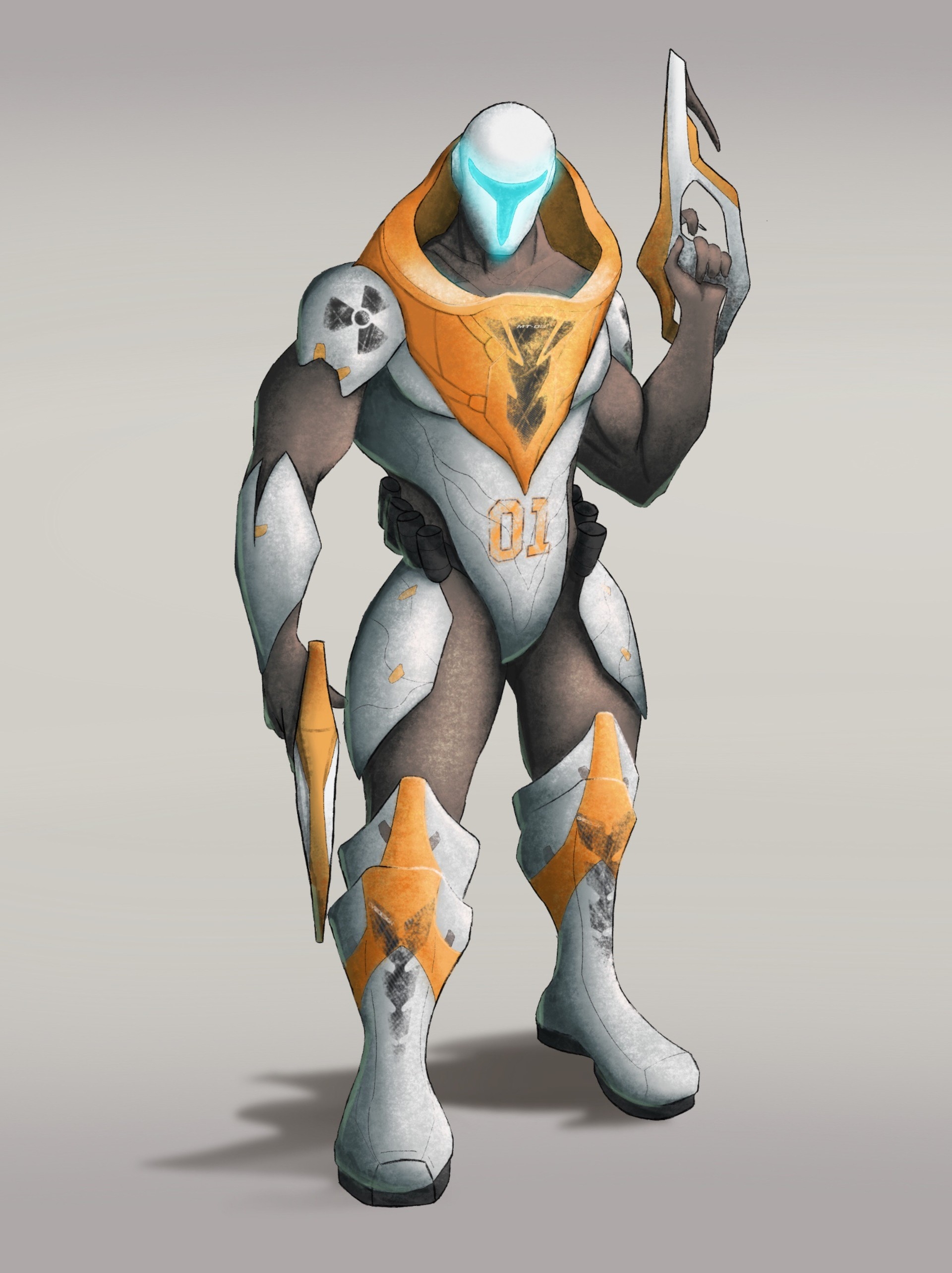 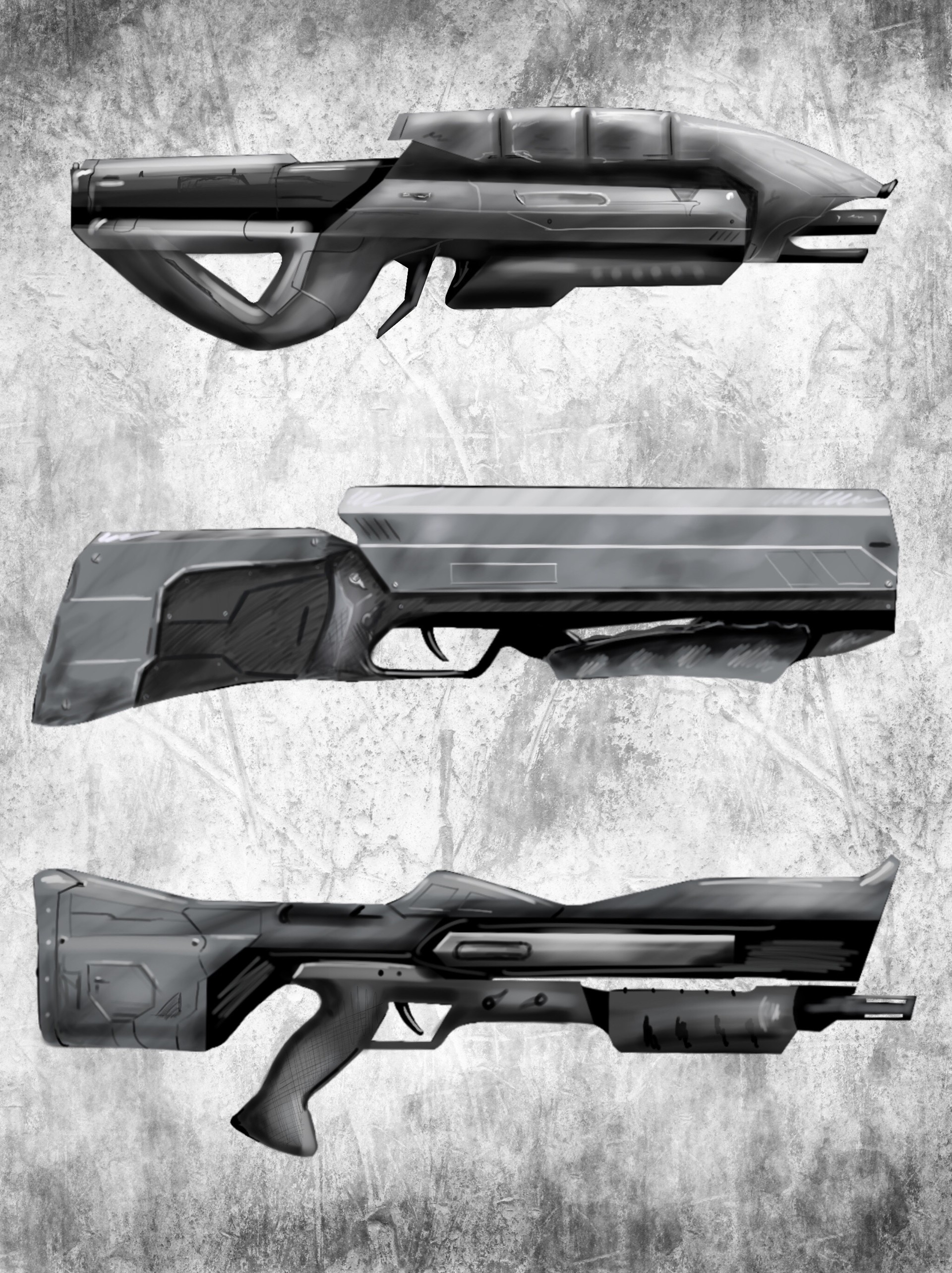