Jeff Bracey ✭
September 2017 edited September 2017 in Heroes & Villains Contest
Bombshell is the duaghter of the legendary WWII heroine Rosie the Riveter. Rosie's metagenes were passed down to her daughter granting her near perfect health and vitality like her mother and well as her mother's superhuman durability. But instead of getting Rosie's enormous strength as well Betty possesses the ability to generate explosive force at with though her hands. This is typically acomplished by punching her foes or objects. She can control the intesity of the blast she generates. Betty has landed blows that have generated the equivalent force of being struck by a 300lbs linebacker to detonations with the destructive power of large scale artillary shells with a high explosive warhead. 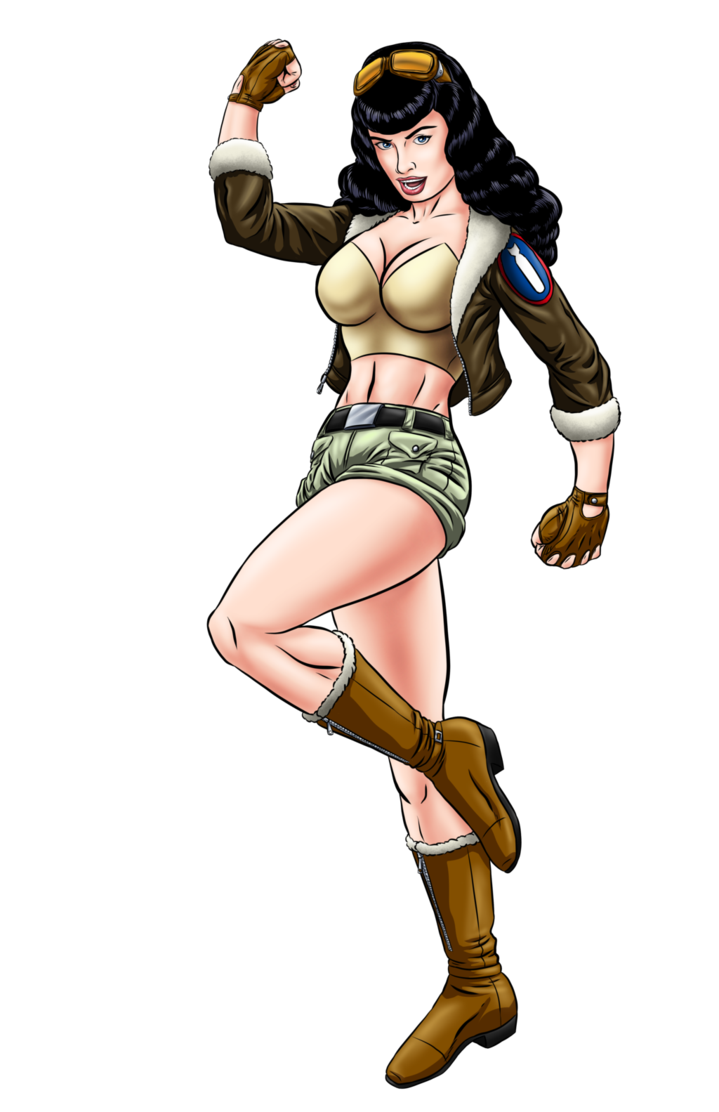