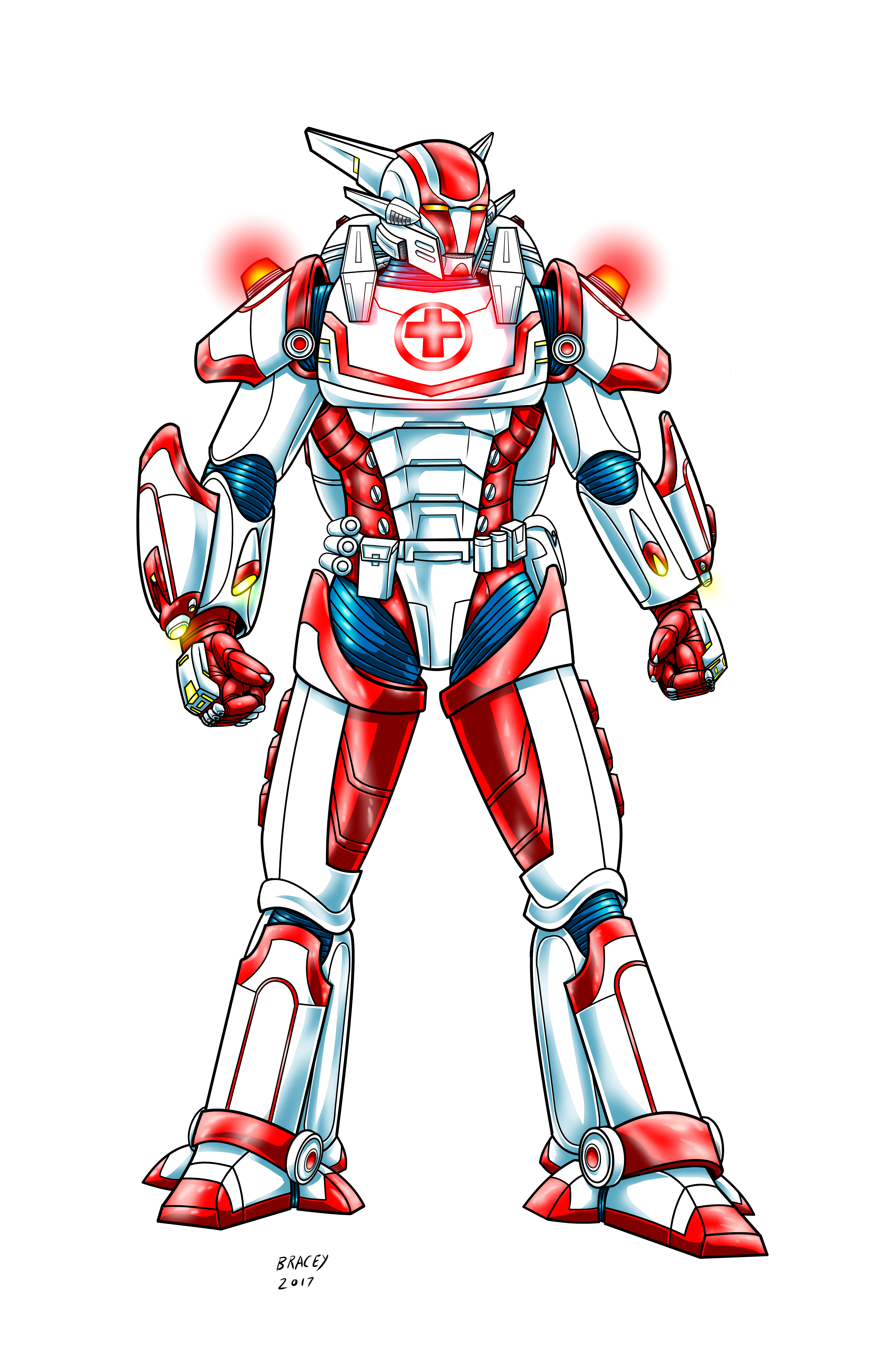 The Ambulance is a combat medic, vetran of the ongoing Gulf conflicts who lost his arms to a suicide bomber. The army offered him a special deal though, instead of getting typical prothetics he recieved fully functioning cybernetic arms. Further, the cybenectic arms intergrage with a specially designed power suit. This suit was based on the designs for a failed medic robot for use in combat zones. With this power armor Ambulance becomes the ultimate support player in the field, be it in a war zone, helping with disaster relief or aiding fellow super heroes in their battles.

The suit turns Ambulance into a one man triage center, able to aid both civilians and those with superhuman physiologies. In addition the armor offers an incrdible level of protection and is able to use some of its life saving systems as weapons when needed.