Numero Uno was on the run for five years after committing 2 murders and 1 bank robbery.
After finding her boyfriend and best-friend in bed together, Numero Uno took revenge and tied the pair up and went onto pouring chemicals over the pair.Numero Uno then craved a heart into her best friends face and removed the flesh and stitched it onto her own face - to cover up the chemical splash back. Both left for dead. Money stolen from the bank robbery was reported to have been given to a local cattery but funds never found. Numero Uno was sentenced til death at Gotham State Penitentiary where she continues to control. 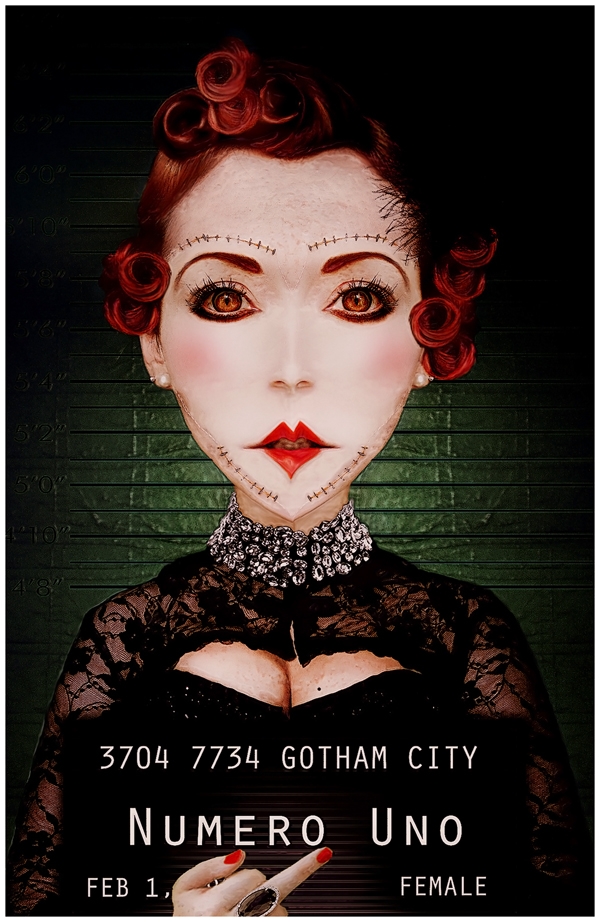 (I made this character for fun for my daughter who is a huge comic fan and I decided she should have her own character)
I am new here and look forward to looking around at the skills and learning.