resin masks I've made in the past year (Wendigo, Imp, more Skulls, and many pictures)

Deven Mendoza ✭
August 2017 in Costumes & Cosplay
I've made around 4 different molds for masks I've sculpted in the last year and made about 11 resin casts so far. I don't post here on the forums very often since school eats up a lot of my time, but it's summer and I figured I'd fix that by sharing a bunch of my monsters with you all!

If you would like to see more of my sculptures you can check out my pages on here: http://neved-d.deviantart.com/ and here: https://www.instagram.com/neved_d/

Or if you are interested in any masks for sale, my etsy shop is here: https://www.etsy.com/shop/MendozasMonsters

One of my more recent masks, this was based on an entity from Native American legend (specifically the Algonquin and tribes of the northeastern U.S. and Canada). I decided to go along with depictions from what I could find in the actual folklore rather than more popular depictions in recent media involving animal features (though there's nothing wrong with those styles!).  Of course, I took some liberties to add my own personal touch.

To give some basic info about the wendigo, it can be a spirit who possesses a person, a being that was once human who has transformed into a horrific creature by engaging in the act of cannibalism, or even someone who has transformed as a result of prolonged contact with a wendigo. In most legends it is associated with cannibalism, destruction, greed, and gluttony. In general, it is said to have glowing yellow or orange eyes, large sharp teeth, an emaciated figure, and a long tongue. Some say the wendigo is a giant who grows in proportion to each meal and thus can never satisfy its hunger. 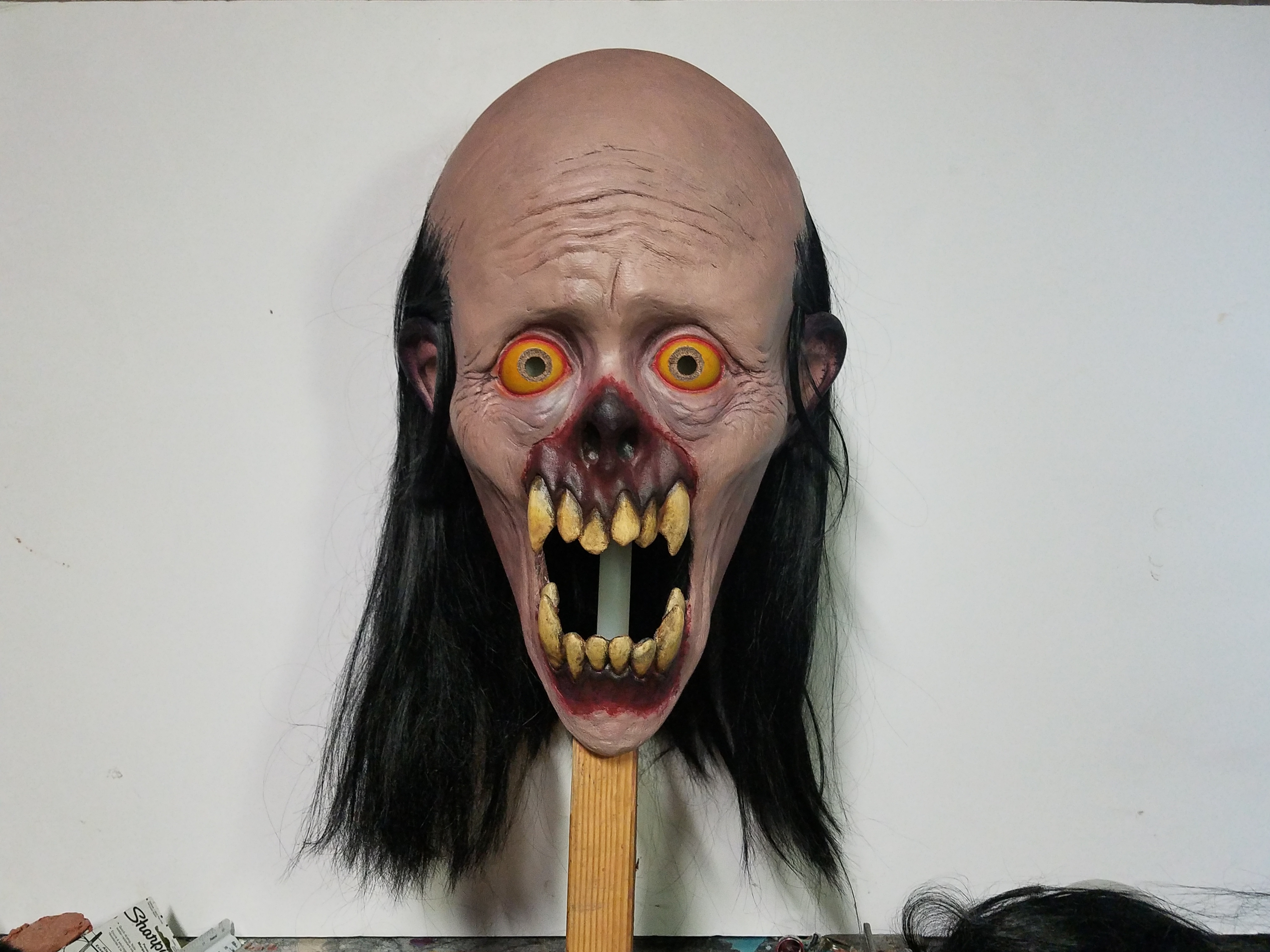 I attempted to incorporate these ideas into my mask making it a very large piece. When one is wearing it on their head it dwarfs the body in comparison making it seem like an emaciated figure (or y'know, I'm just really bony). I also tried to make the facial expression more worried/distressed as if the human who had transformed into the wendigo did not want to continue harming others and was feeling the pain of hunger. I felt this went along better with its story rather than a grrr angry face. 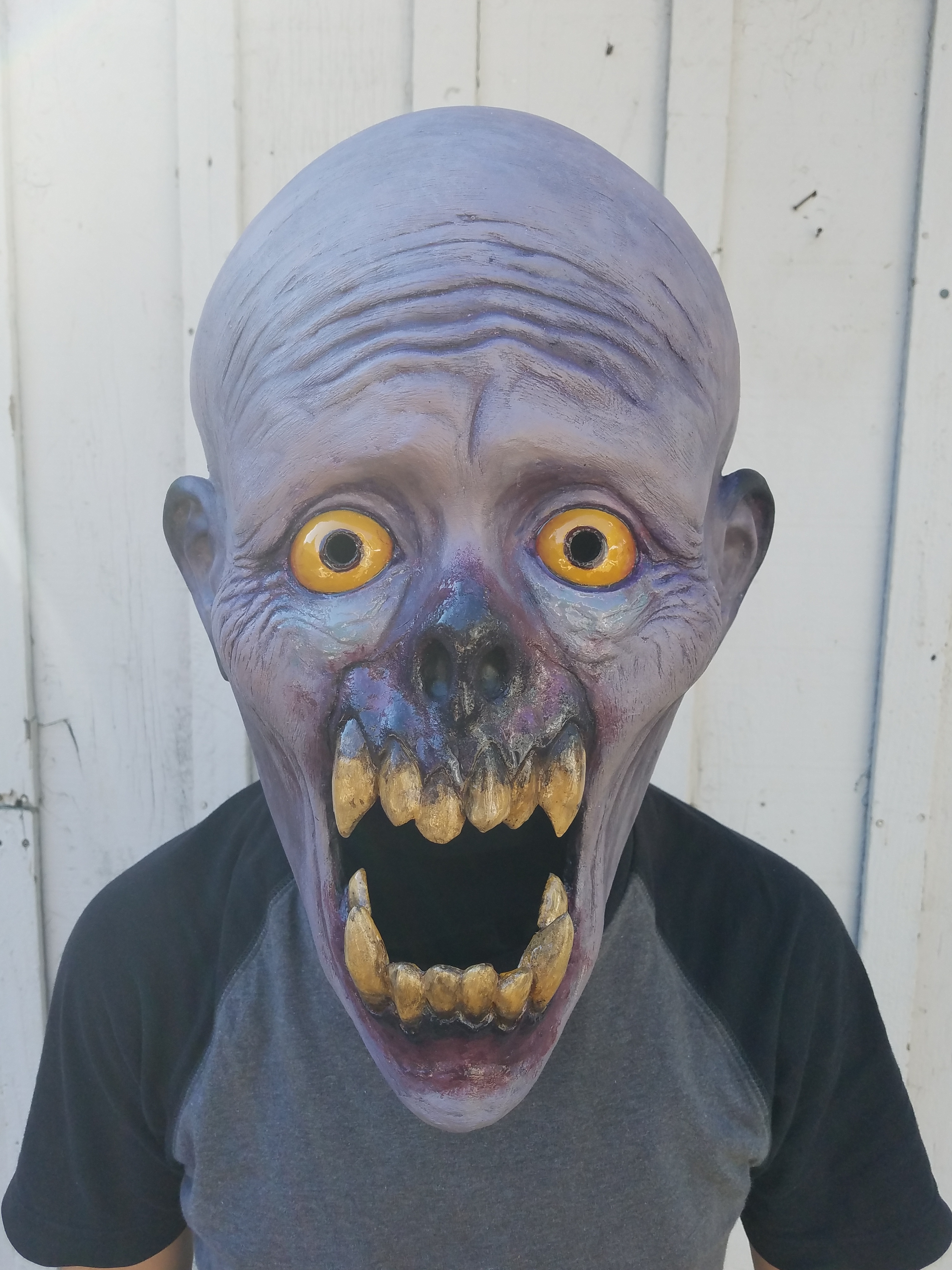 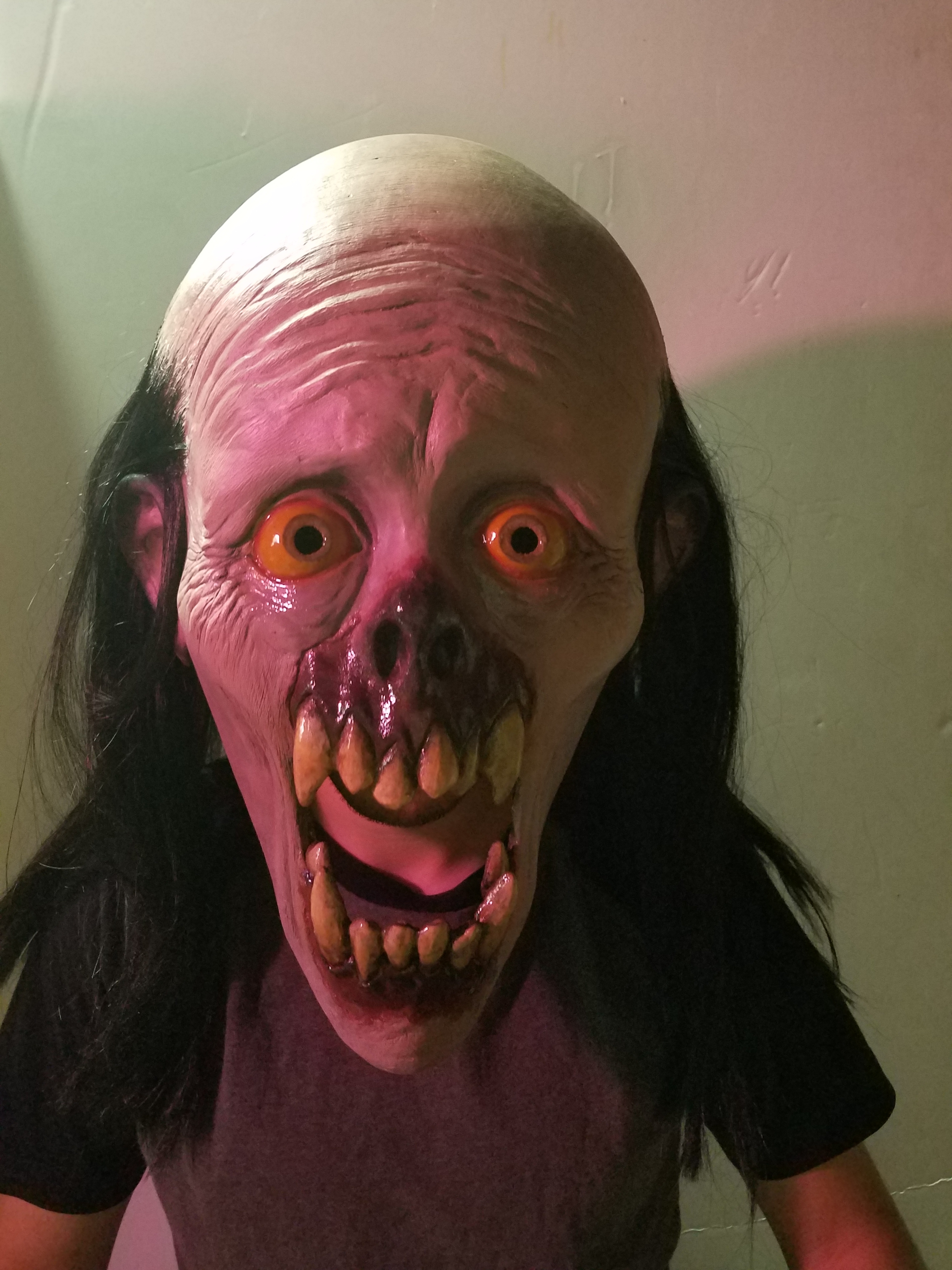 So far I've only made two masks, but the silicone mold is still good so I plan to cast a few more of these guys this year! I'm not sure if I'll do more with hair since that was a real pain to glue it all down... but if I feel extra motivated I might give it another go. Unlike my other masks, pictured below, this has thick foam padding to secure itself to the head rather than using any kind of leather straps.

This guy doesn't have as much backstory as the previous mask, but he's still fun to look at. A friend asked me to make a half mask for him, so I did, and I was allowed to cast another copy. However, I painted this one differently and fitted it with some new straps. 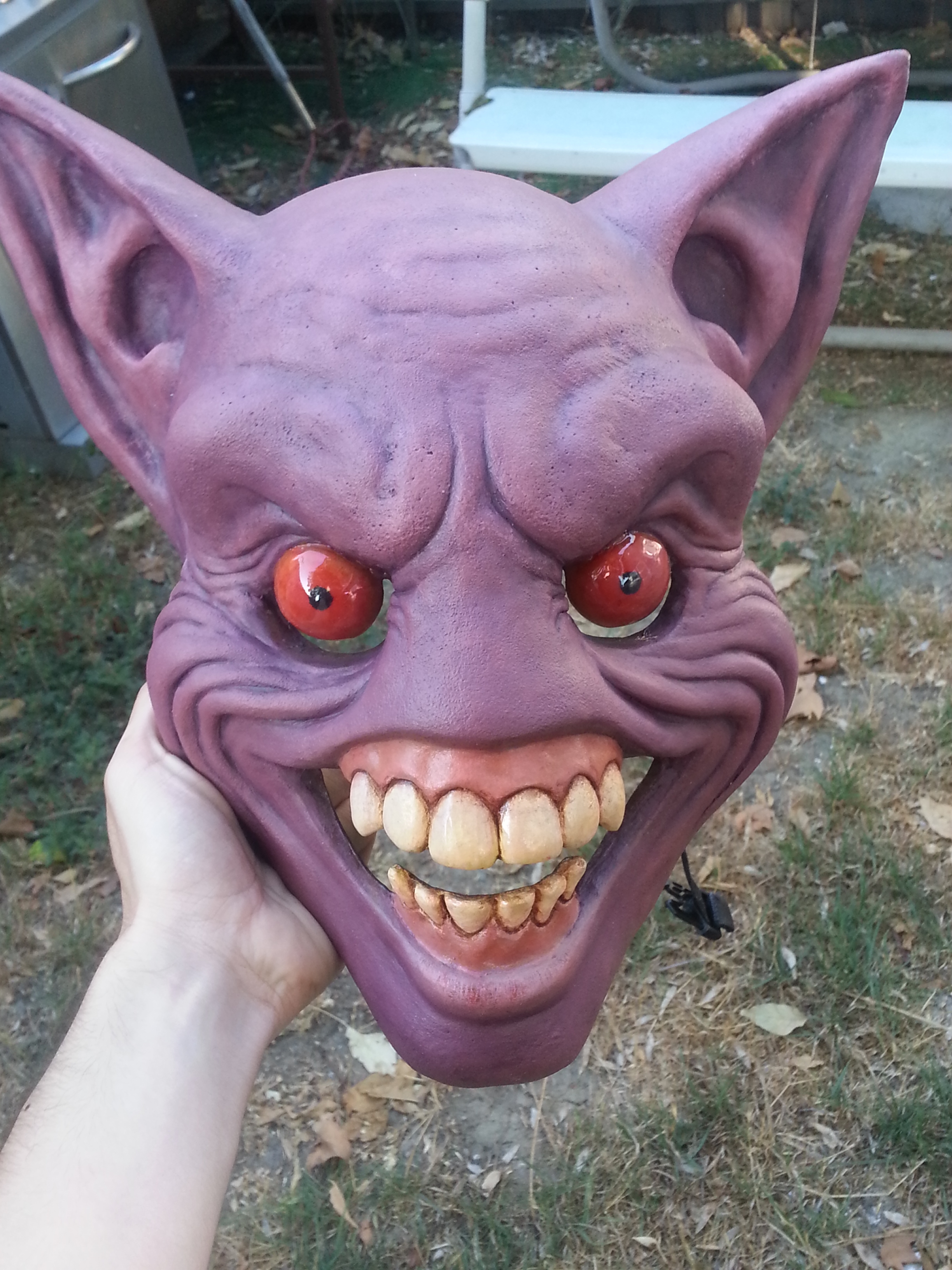 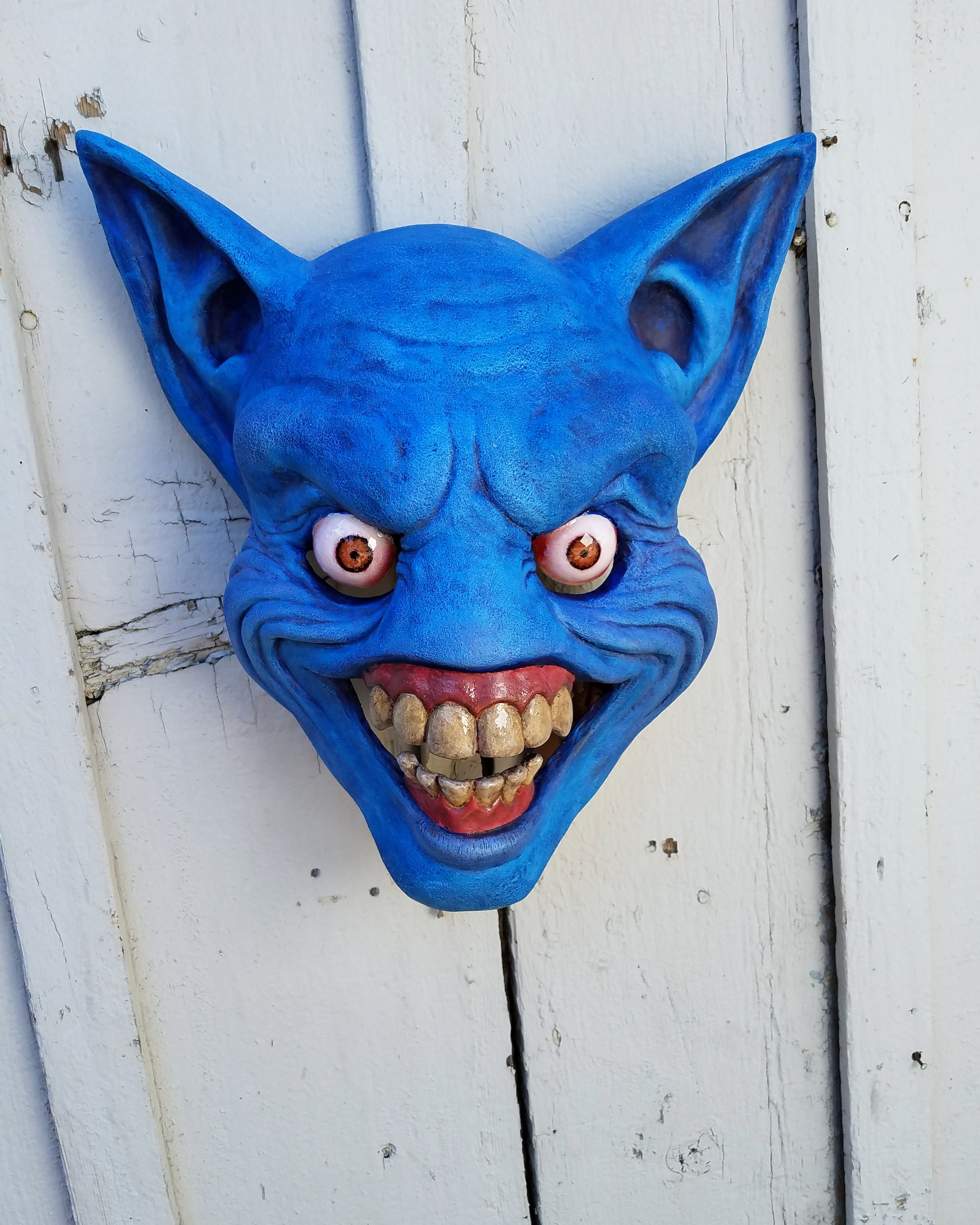 It took quite some time to complete this one. After I made the cast, I ended up setting it aside and neglected it for months on and off. Not until last month did I finally complete it, and I'm very glad that I did. He turned out better than I expected. 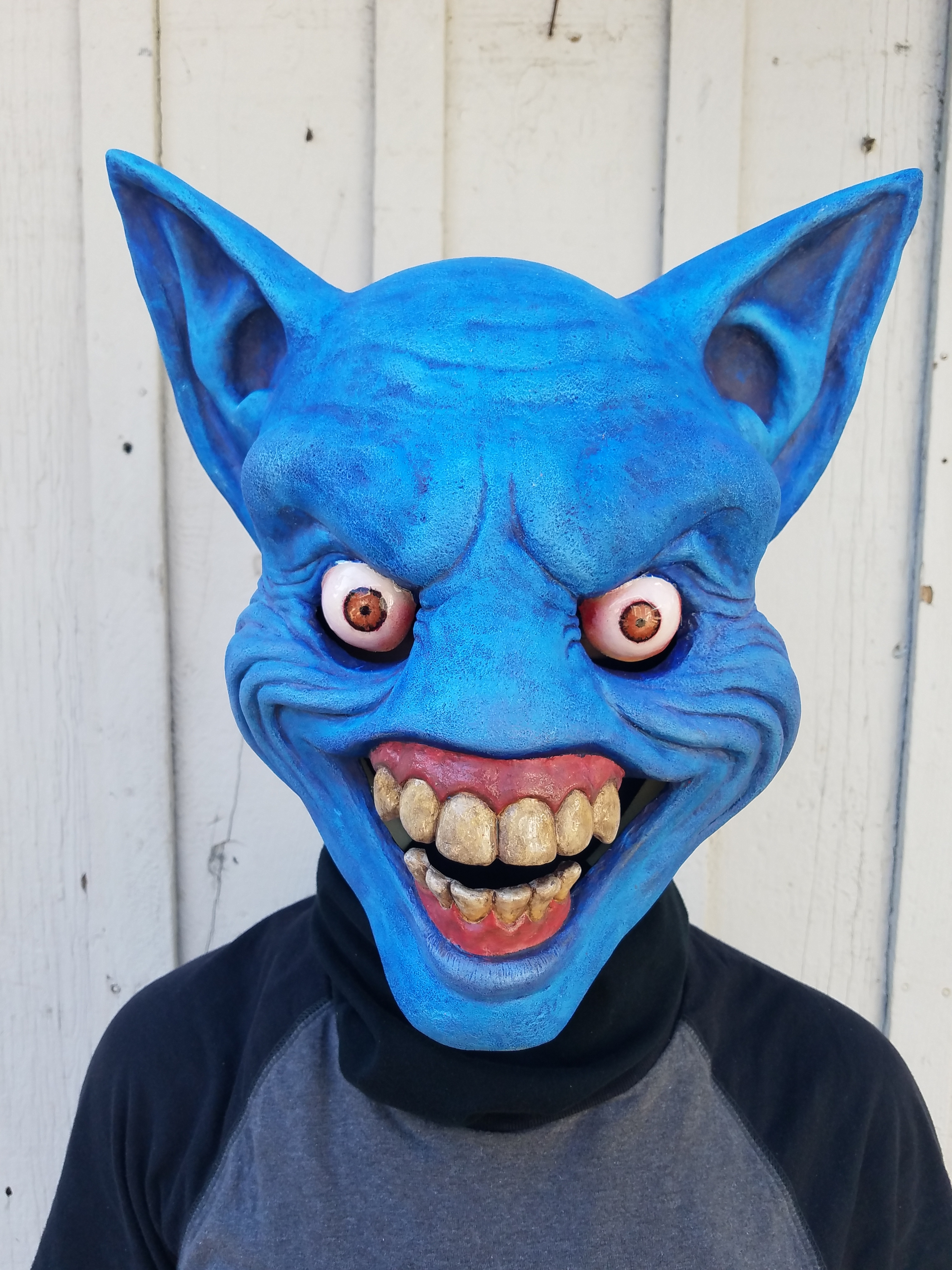 I've shared a couple of these on the forums before, but I figured I'd include the new ones here rather than keep bumping an old post. I've since added leather straps to my old skull masks and made some other minor tweaks. 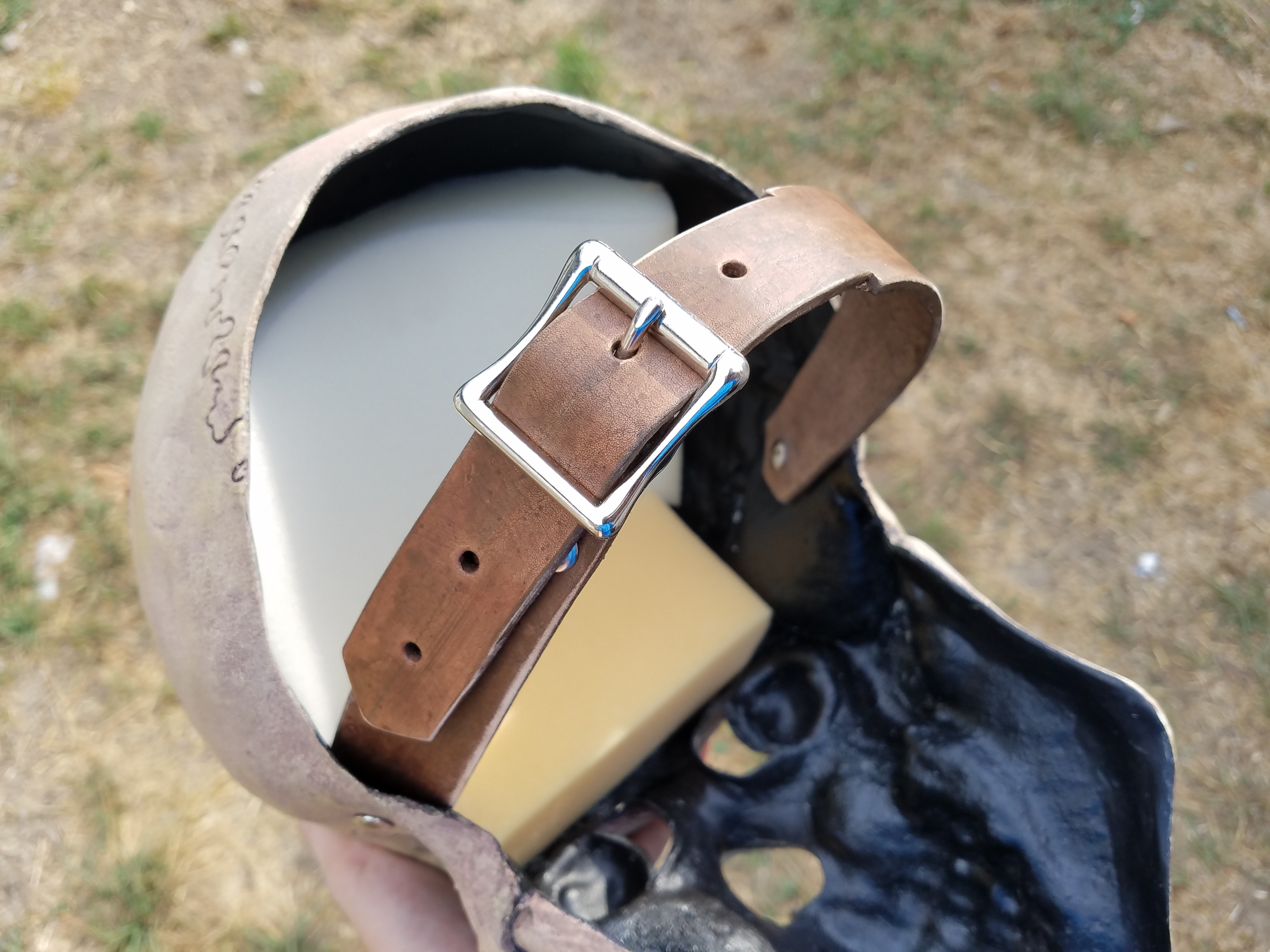 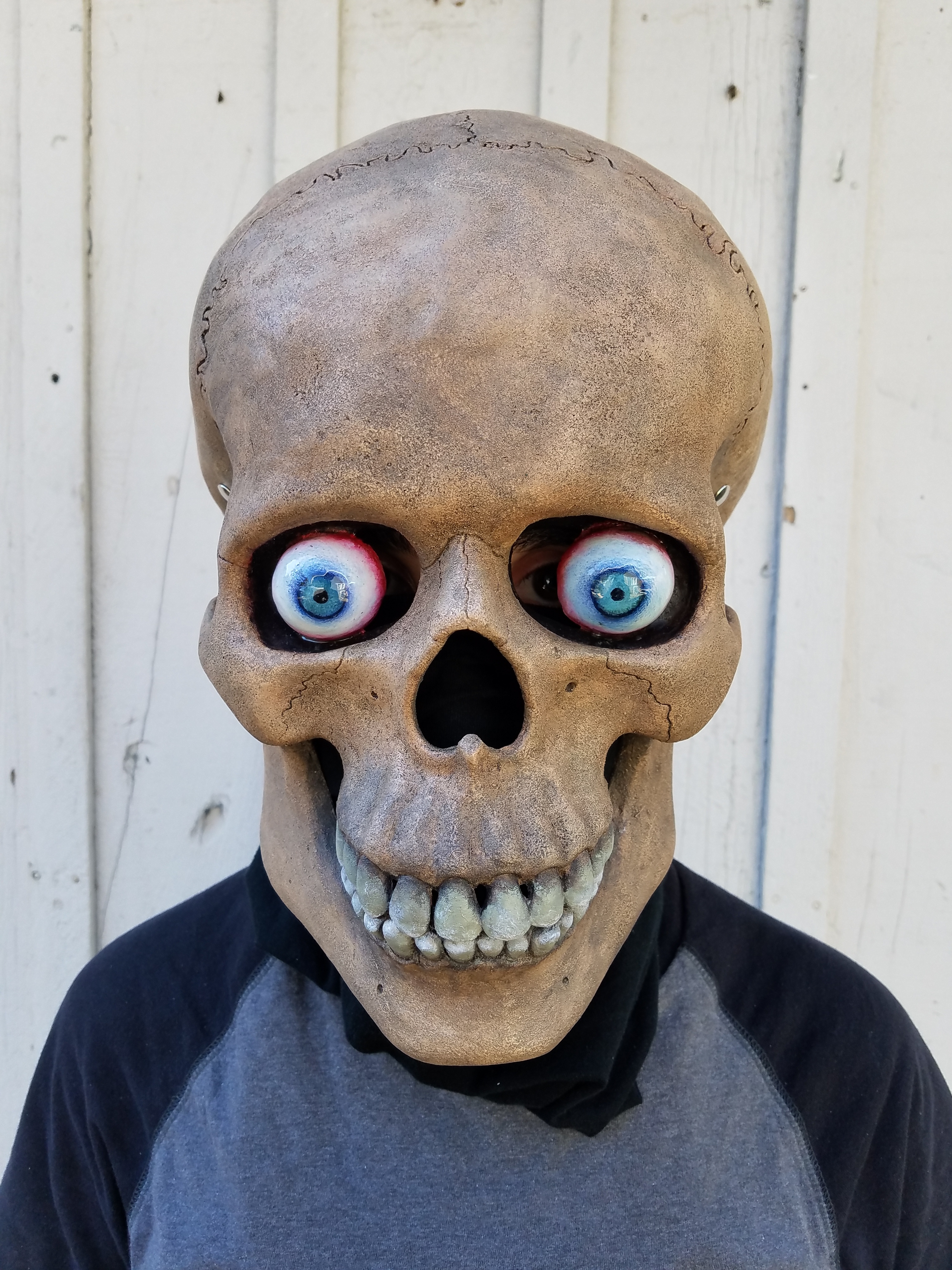 I've had some trouble with these fitting people since they came out a bit small. My head circumference is in the 22 1/2" range so I don't have any problems squeezing my noggin into these, but my friends who I've asked to test fit some masks found them to be a tight fit. I like skulls so I'll probably make another larger skull mask when I get a chance. Of all the skulls, the red skull (no connection to the Captain America villain) has to be my favorite. The skull is more glossy and looks wet in person, the camera did not pick up much of the shine. I made this one as a personal mask for Halloween last year and it was quite fun parading around with my classmates . This photo is before I drilled any holes in the sides to add new straps and I have also sanded it down a bit to make the rim on the back more even. All the other masks shown here I plan to part with and sell, however this red one is the only one I think I'll be keeping for myself.


Thank you for taking the time to read through my post and look at my masks, I hope you enjoy looking through them. My next semester of college is coming up soon so I will most likely not have much time to make more monsters, but when I do I'll be sure to share them here!