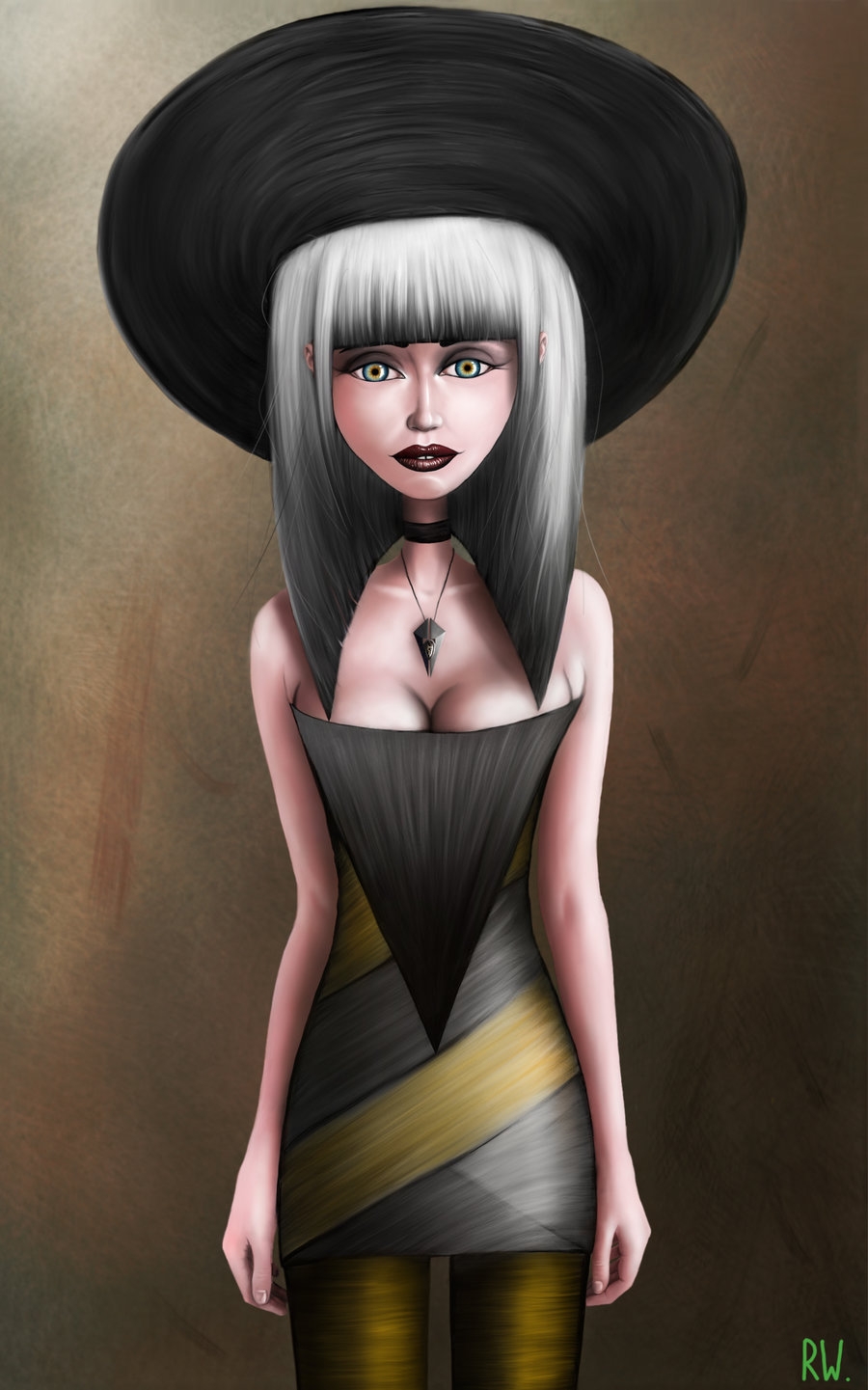 Rhianon (with the aid of her necklace) has seductive powers that enable her to control the nation by placing a 'spell' over everyone in order to modify the world's policies.
However.. she doesn't want to destroy the world, her deepest wish is to make the world a better place by taking everyone's rights away and making decisions for herself.

But despite her ideologies, the seductive powers do not work on everyone, hidden deep underground in isolation lives an eccentric scientist (called Mervin) who has found a way of blocking her powers and his job is to counter her efforts.