Katelyn Redinger ✭
April 2017 in Cosplay Contest
Little Sister first debuted at Sakura Con 2010, my fourth cosplay. This project came as a departure from my belief that cosplay always has to be sexy and show off your best features. This character is scary, dirty and I have actually had people run away or avoid me outright at conventions. I have taken to picking random people and following them around convention spaces, only for them to look back and realize I'm following them. I once followed a couple guys, whom after realizing I was following them, said, "Don't look back. Is she still there? Just don't look at her. Keep walking, man!" Little Sister combines lots of costume distressing, full face and body makeup (the body makeup make me look pale and hides my tattoos), contact lenses and a prop that I built myself. I based my design off the original Volpin Props' original Adam Gun, and the replica I made using similar methods and materials. The biggest difference is mine is functioning - meaning I can consume Adam from the gun, just like a Little Sister. My mangled bear - Mr. Bear - was added later to act as a travel companion and purse. He has a hidden zipper in his spine with a secret pocket that allows for my phone, cash, eye drops, etc. Little Sister probably the one I am known best for. She embodies my love for cosplay as a performance art, for as soon as I leave the hotel room in cosplay, I am in character, and I have no problem creeping out people on the streets, on elevators, or around con corners late in the evening. It's one of my favorite cosplays, but also a very physically taxing cosplay to prepare in terms of makeup (around 2 hours for full application) and the hunched over sneaky walk I do to make myself look extra creepy and to make me look smaller. I never thought my cosplay heart would fall for a little girl from a science experiment living in a city on the bottom of the ocean. 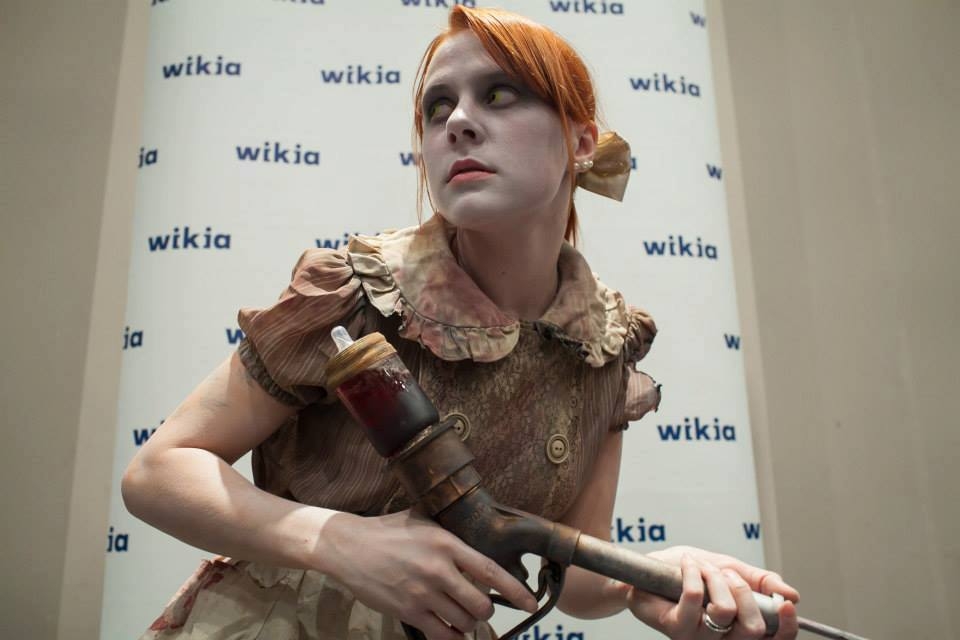 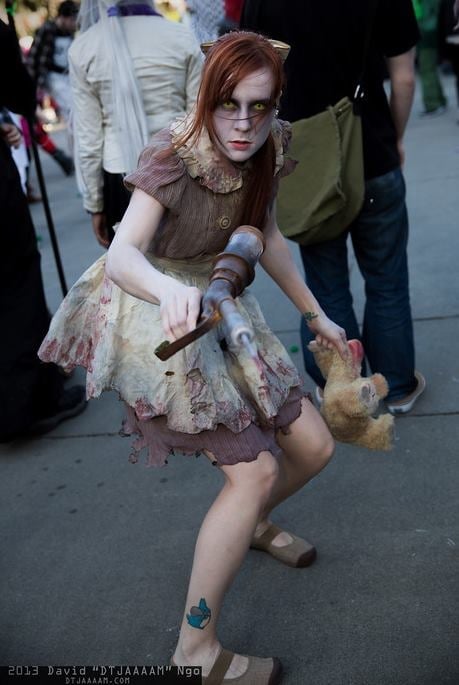 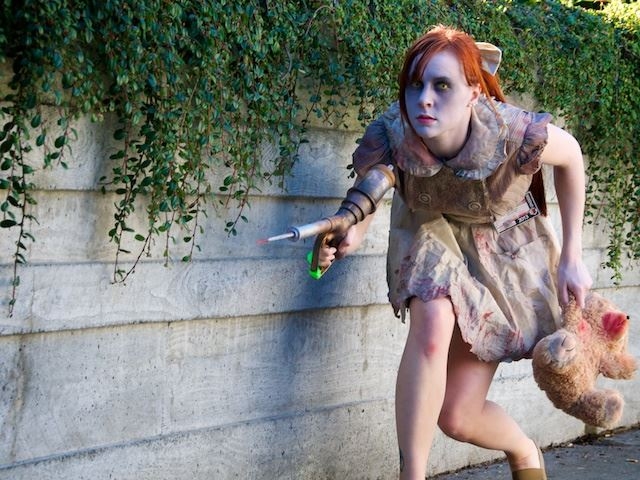