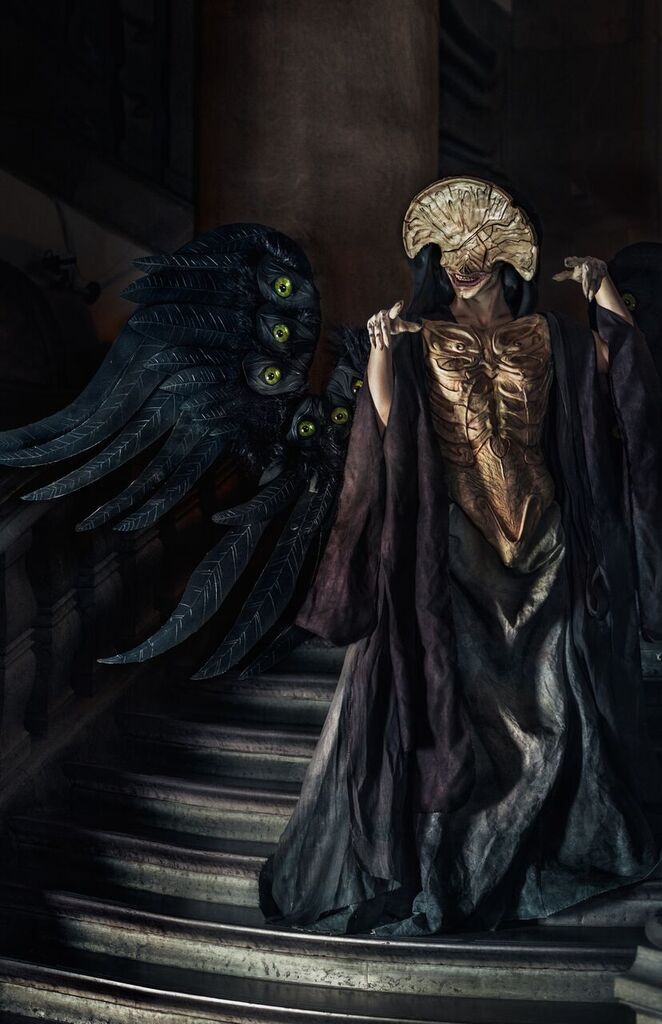 I made this for the Swedish Cosplay Championship 2017 and it was quite a large bite to chew!
I had never made any large prosthetics before, nor had I ever done anything mechanized. But I am pretty happy with how it turned out. Still things I wish to add/improve and I aim to do that this summer.
The wings are water-jet cut aluminium (duraluminium) that I designed with CAD (Took waaay too long!). They are remote controlled with two linear actuators attached to a moped battery that I strap to my back. In total, the "wing skeleton" alone has around moving parts. I used a tap to make all holes threaded, soeverything can be dissasembled and tightened/loosened. Lastly covered them in PVC plates, which in turn were covered in faux fur, LOTS of foam, fibreglass (large feathers) and paint. The eyes are painted cardboard with half a clear christmas bauble on top. The whole assembly is fitted on a wooden board and in turn bolted to a gutted back-pack.
Video of the prototype wing and movement test: 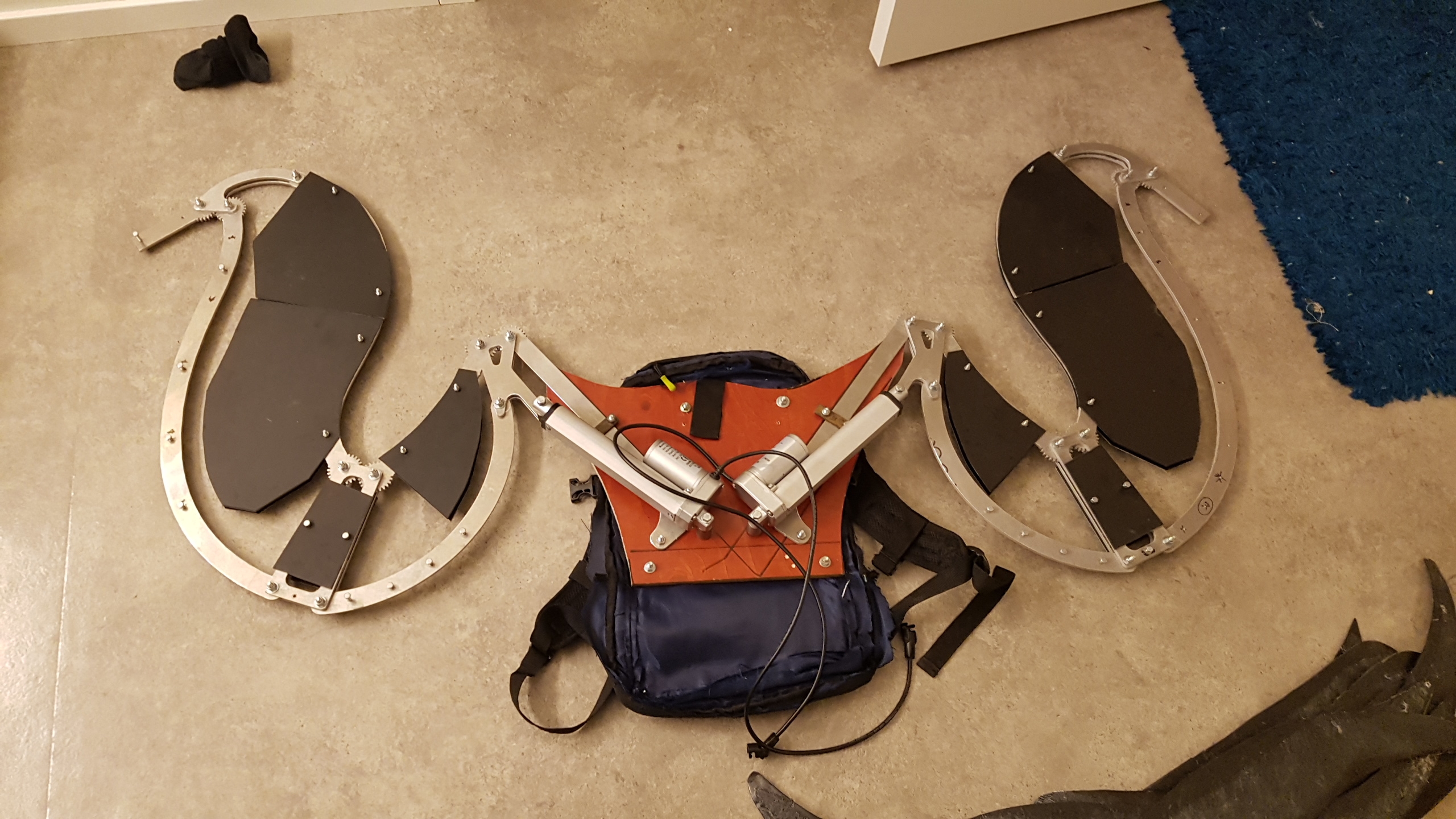 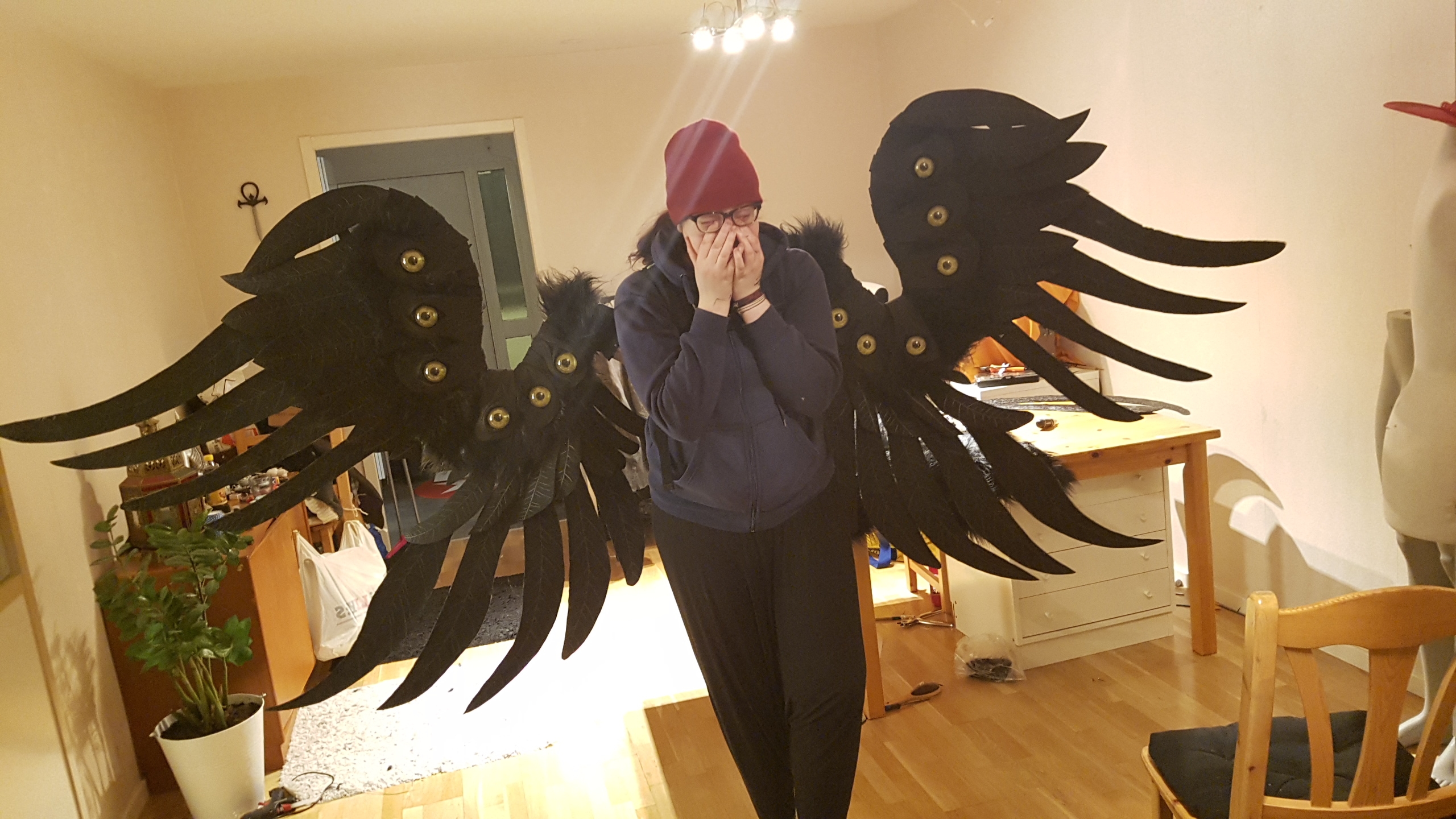 The torso, hands and head are made of latex. I wanted to try silicone or even foam latex but I had no budget for that. I also had to use discount plaster (Hah!). All pieces were sculpted using monster clay (First time for that too! Woo!). The torso and headpiece are reinforced with tissue paper and painted with PAX. The torso is fitted on spandex so I can pull it down to my hips while putting on the wings. The head part is four pieces; the plate, chin and two cheeks. The teeth are friendly plastic that I shaped by hand. The "plate" is made from an old piece of plywood I found in the basement, cardboard and expanding foam. I then sculpted on this "helmet". I have two eye-holes on the "cracks" of the faceplate, so I can see left and right, but not forward. 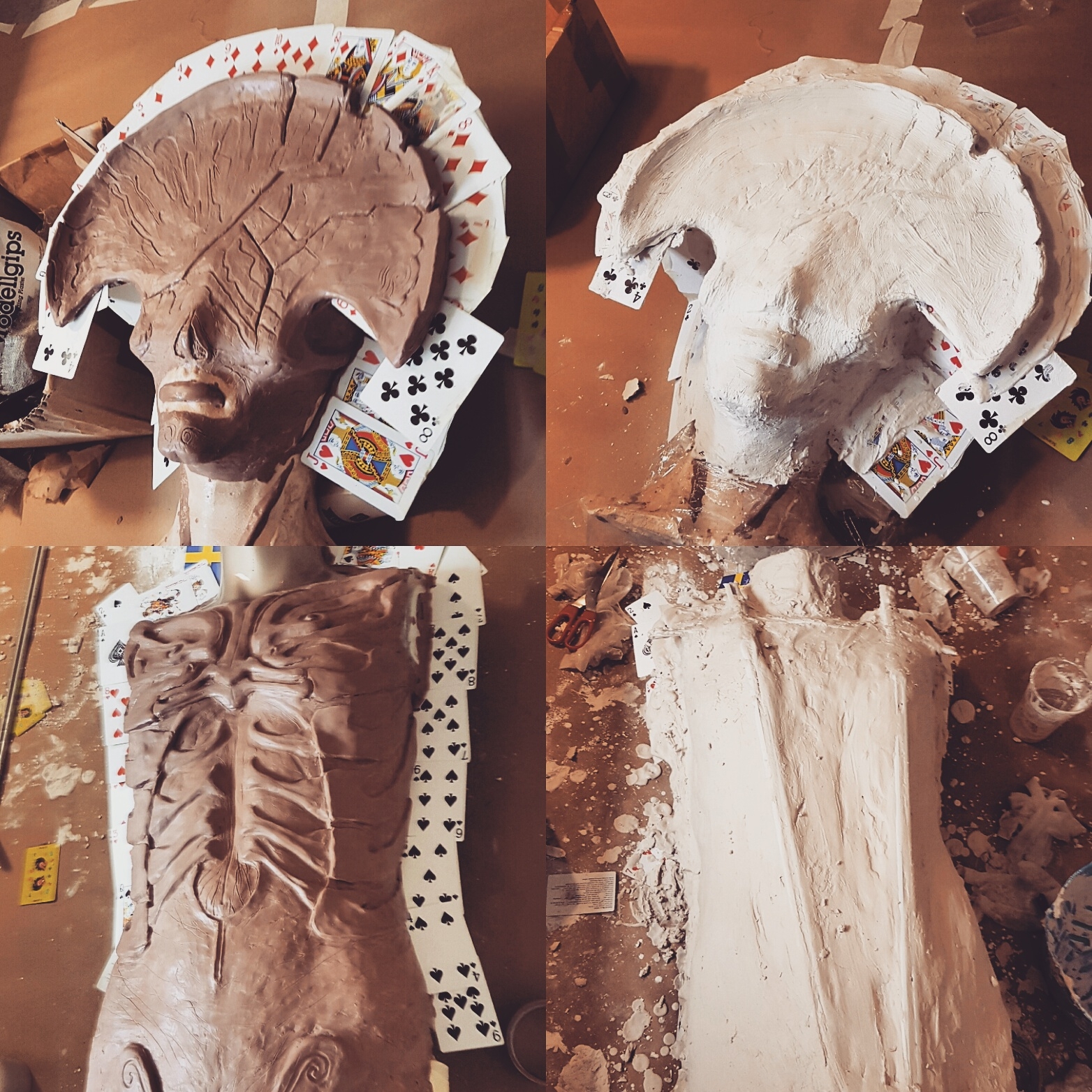 The fabric parts are a total of like...15m2 of fabric. All weathered with spray paint, dust, rocks and stencils. I am terrible at sewing but the clothes are supposed to look like crap so I guess that worked out fine? Haha!
The costume is actually surprisingly comfortable. I made several design choices in favor of comfort; since I would have had to be in full costume for a minimum of four hours for the show. Back-stage. Without a chair (I later got that chair, but I fought for it!). So the back does not have prosthetics, the torso only extends to my sides. The back of my head is also latex free, but covered by the hood. For the summer, I might sacrifice comfort for more "flair", which I might regret...heheh.
The wings are not that heavy, only around 10-15kg and quite well balanced. Shoulders get sore after a while but its not that bad. I can actually run in this thing! And kneel, sit, dance, FLOURISH! But the wing span limits this. Mainly since I can hurt other people running around. Mostly I am just a little bit blind, but I had some lovely assistans helping me. 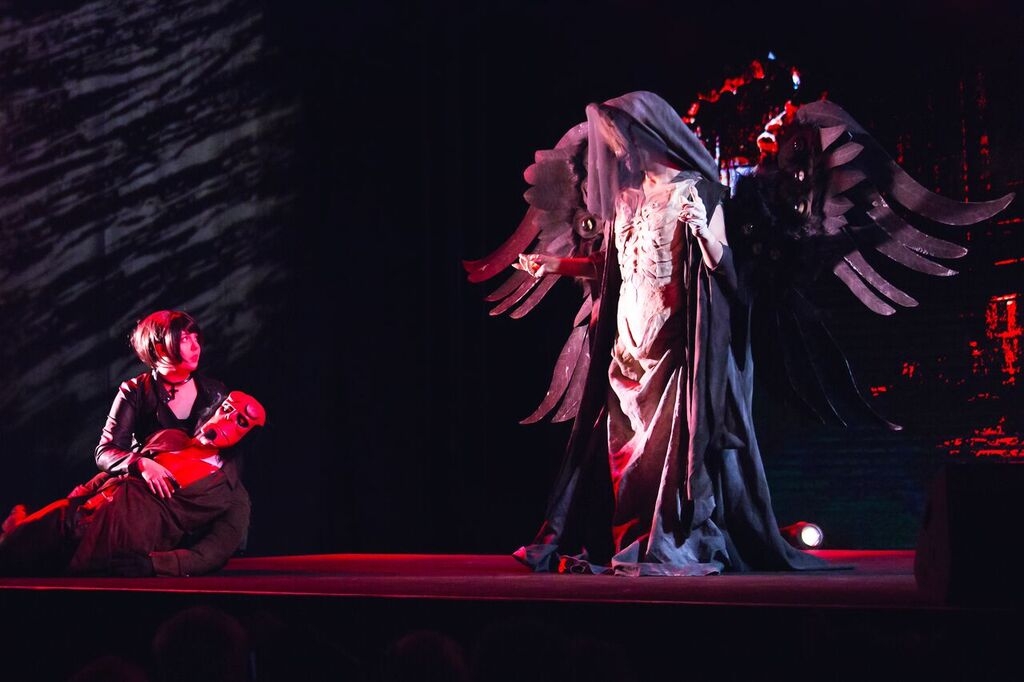 So yeah! I have to give a big thanks to Mark Setrakian for giving me some pointers on the wing constructions, and to the love of my life, Mitternacht Cosplay, for supporting me through this...harrowing ordeal. Thank you!