Christopher Moonlight ✭✭✭
March 2017 in General
I'm not usually one for fan art, but I've had an interesting idea for an Alien Xenomorph type I call the Nun (or sometimes The Hand Maiden) that I've had in my head for a while. I've been away from drawing and painting for a while, since I've been finishing up post-production on my own movie, but thought I'd do some sketching exercises to get back into the groove. I did this today by roughing out a quick pencil sketch and then scribbling in the details, using a ballpoint pen.

The idea is based on some concepts H.R. Giger has talked about in interviews that got vetoed by the studio. He originally wanted the Alien to kiss people, parting their lips with a tongue that would then slip down it's victim's throat and then drag their intestines out through their mouth. There was also the idea that the Alien dome would be translucent, showing a faint hing of skull sockets within. I thought it would be pretty creepy if it's lips parted so far back that it reveled those sockets. The last detail I put in was the Alien's fingers. I always loved the six fingers as well as Stan Winston's design with the longer hands. I opted to combine the two and give it the ability to bend them either way. She's got the ultimate double jointed hands.

I love pre-production, storyboard, and concept stuff. Working out the how and what is a lot of fun. 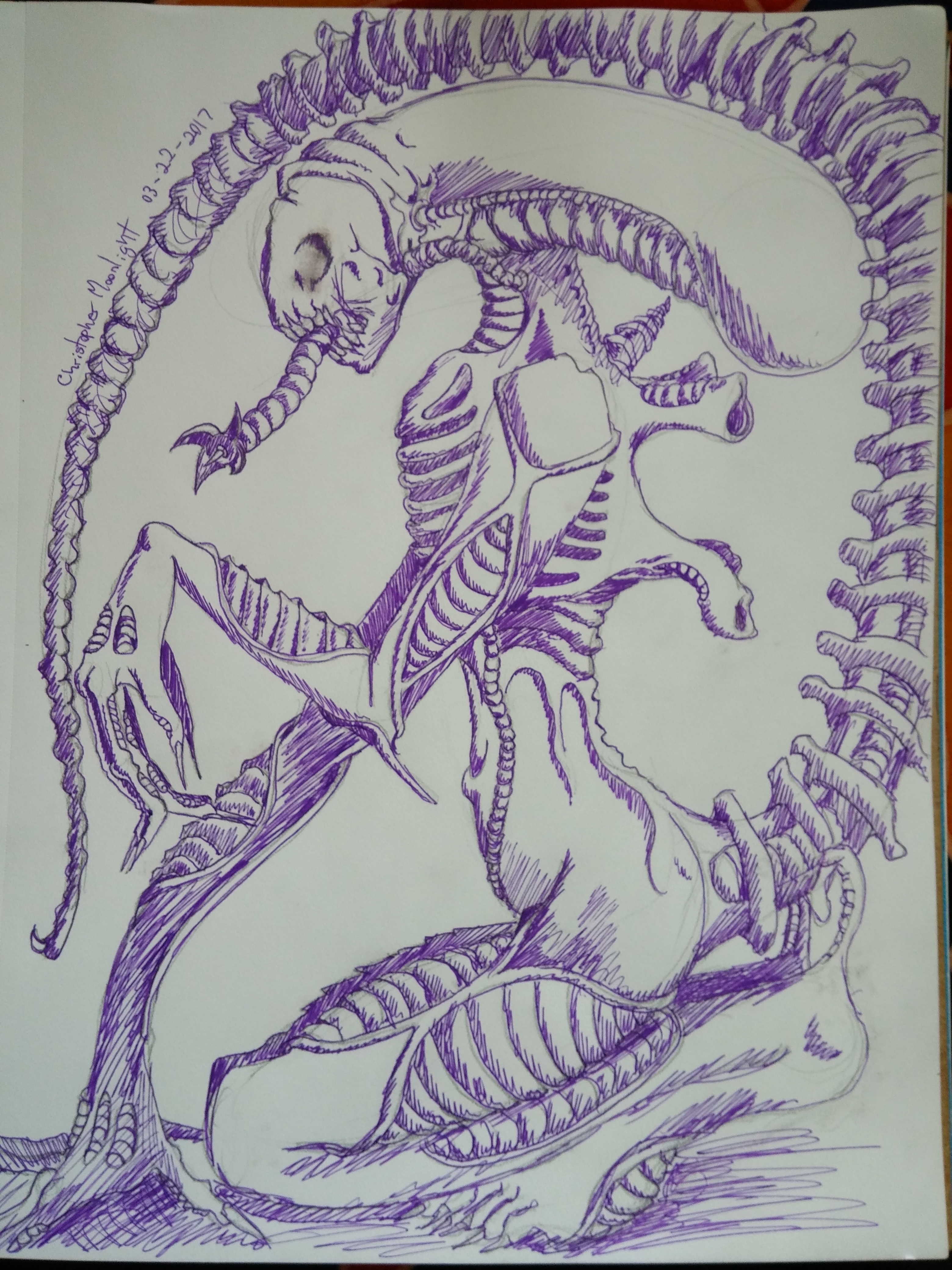