Matthew Walther ✭
March 2017 in Painting
Hey guys!  I've been working on a set of costume armor that I've slowly been 3D printing the bulk of.  I'll be building up much of it with Sintra/foam, but as there are large portions of it with some very intricate runes, I've opted to have my crappy little Prusa knockoff print those particular pieces out.

I'm having a hard time working out how to achieve the effect I want on it, however.  I don't have a large budget, so that limits me quite a bit, but the biggest hold-back I'm having are the lights and the paint.  You see, I want to have the final product be smooth, with the runes completely hidden beneath the paint, so that the armor looks completely smooth and the runes are invisible.  When I hit a hidden button, I want lights to fade on, making the runes glow a bright blue and be seen despite the paint.

I'm printing with PLA, which is about the only thing my printer can do right now (especially since it sits next to my desk - ABS fumes make me dizzy).  Normally I'd coat the PLA with fiberglass resin for strength and to keep it from warping in any heat, but that dries yellow and would affect the color of the lights.  I've done a couple simple tests with a clear epoxy resin, Envirolux Lite, but that takes forever to set and even then is kinda runny, and since many of the pieces are curved it tends to seep out of the runes and drip down, which kills the flat, smooth effect.  It did do the effect I wanted though, at least with a simple LED flashlight and with painter's tape still on the back (see pics).

Of course, then I tried out a basic airbrush paint which I did a light coat of over top.  The light barely showed through at all, though in a darker room it was decent.

So: advice on products like Envirolux that dries solid and clear but doesn't run off as much?  Or suggestions for applying it so that it ends up even, or at least even enough that I can sand it smooth without affecting the lighting?  And what would you guys suggest for paints?  I'm going for either a brilliant silver or brightened steel look. 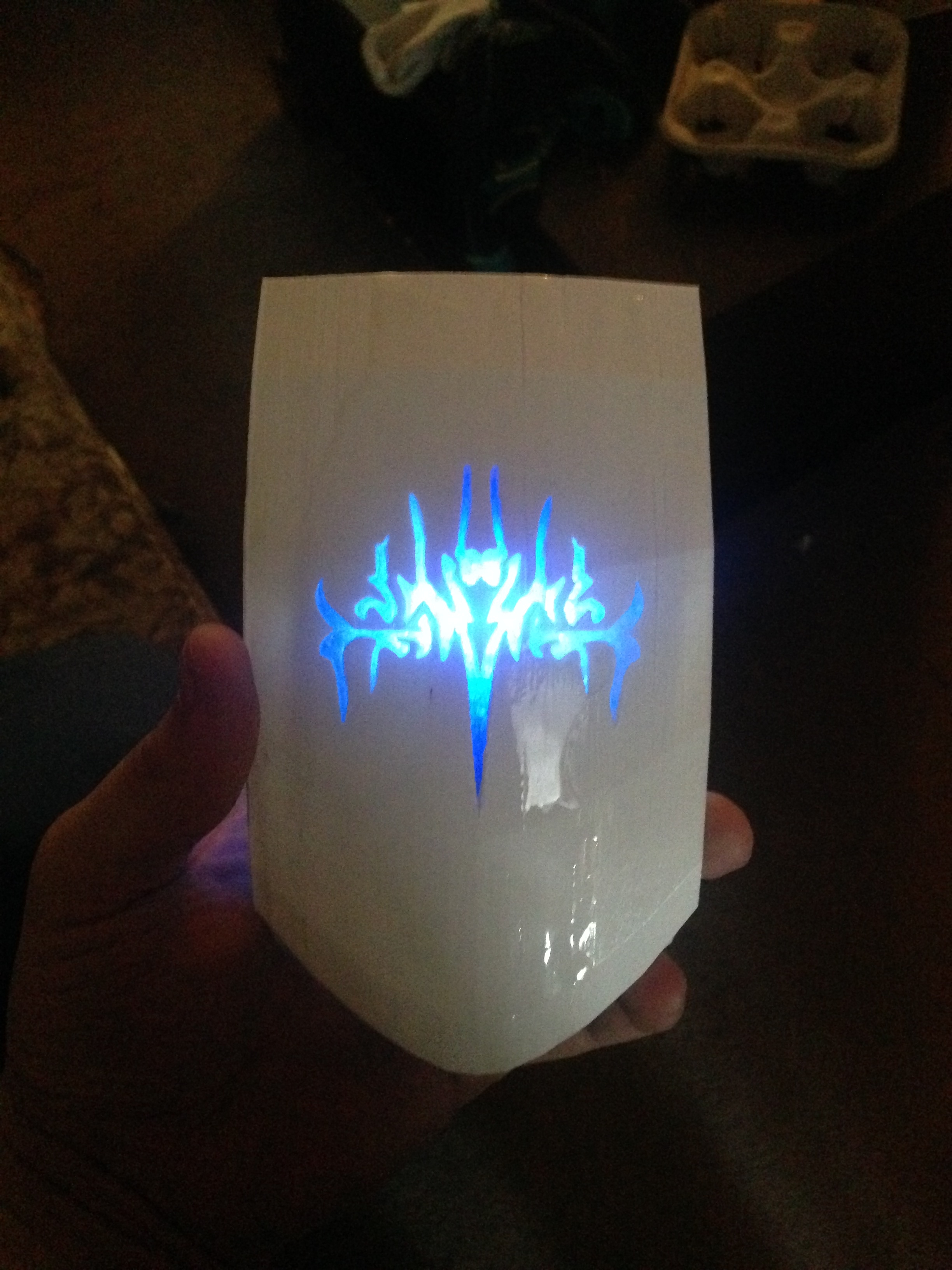 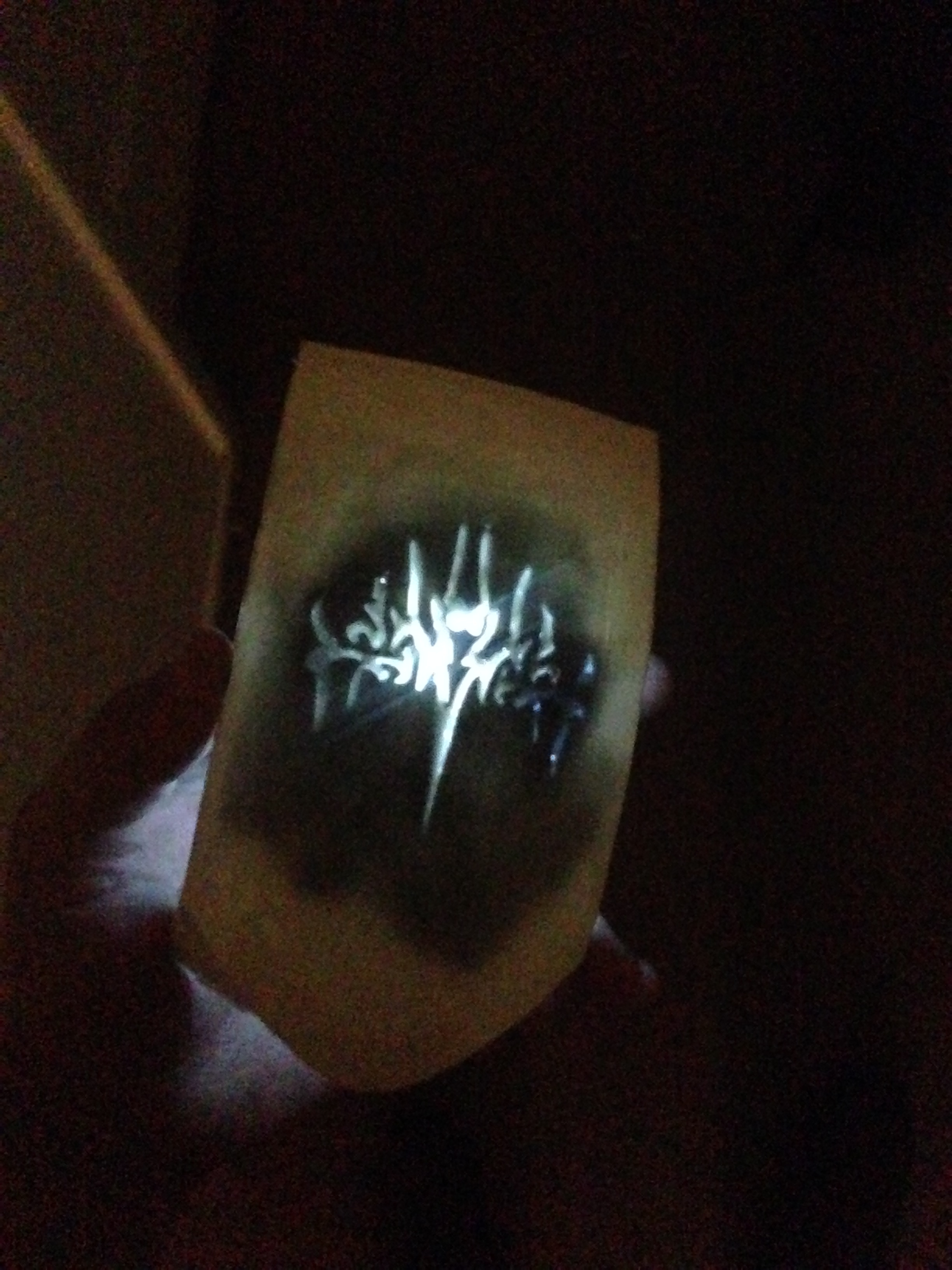