Mutated down in the depths by Mans relentless poisoning of the Oceans!

The Creature surfaced and wreaked its revenge on Humanity!

Then probably fell head over Gills for a buxom Dame and got shot up by an angry mob of local fishermen.

So this guy was originally supposed to just be a quick rough out sketch. I decided to leave him as is and throw a paint scheme on there anyway. The method in the madness was that the roughed out surface could compliment the paint app for a scaly, fishy sort of creature like this. 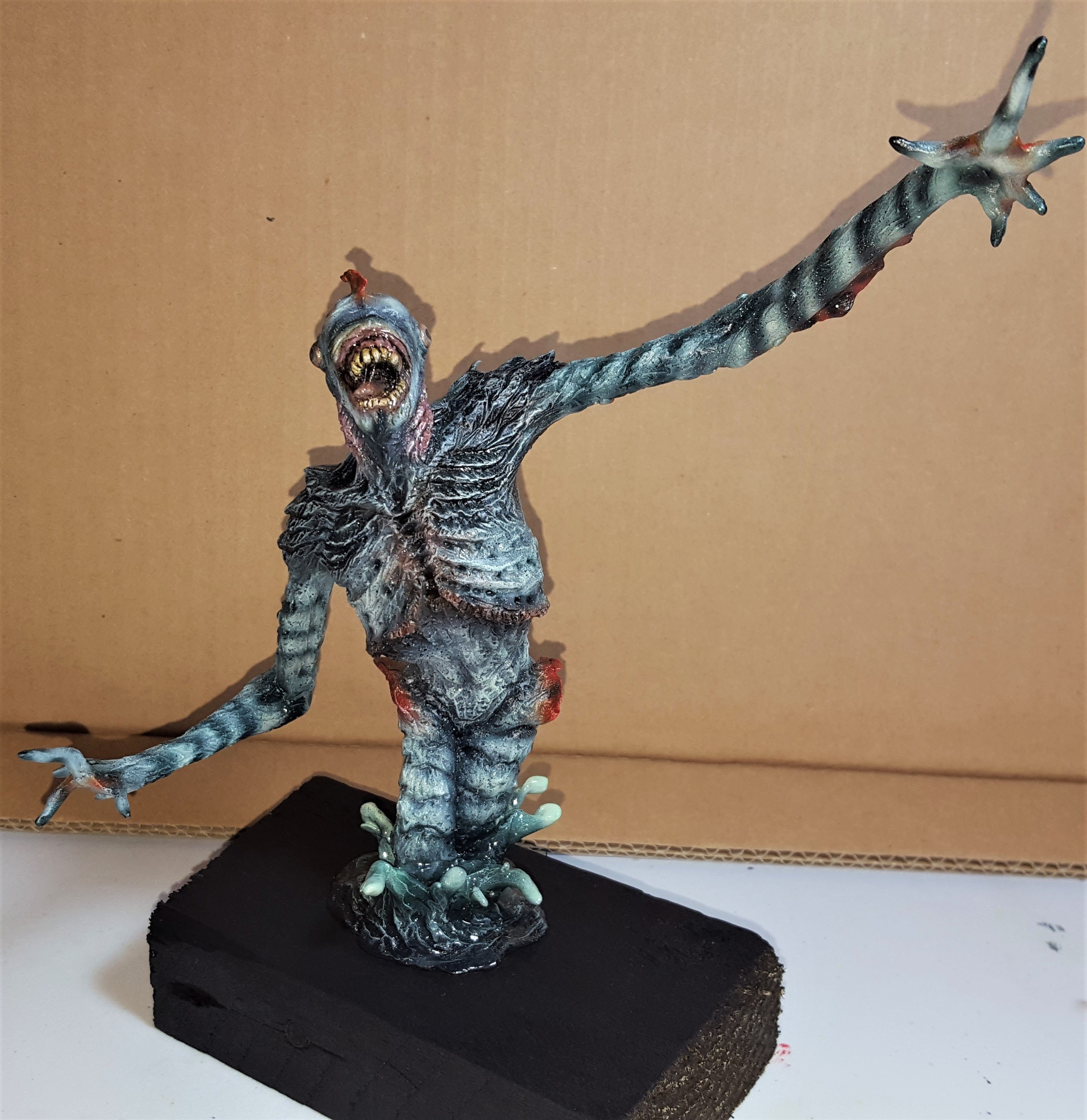 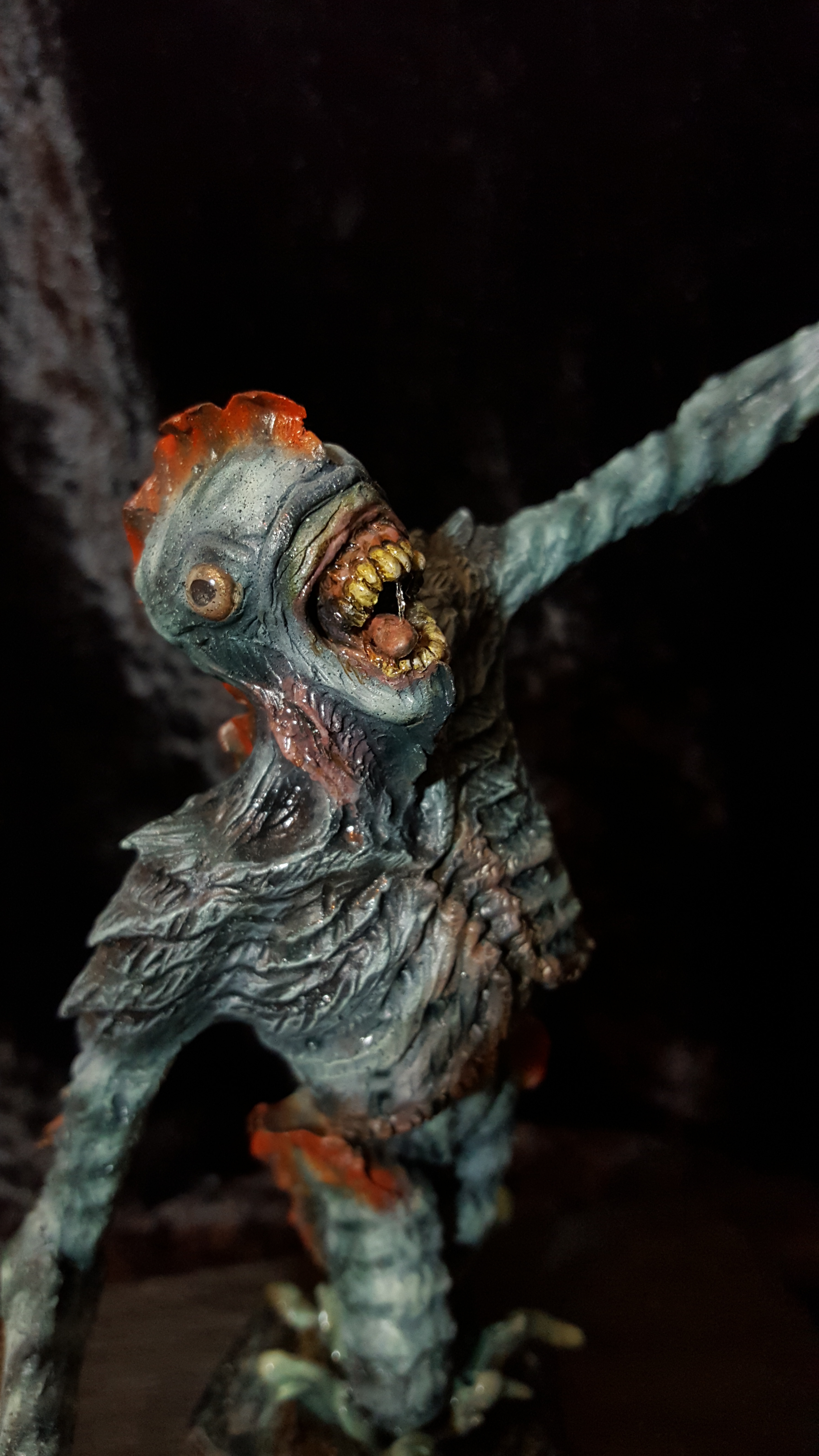 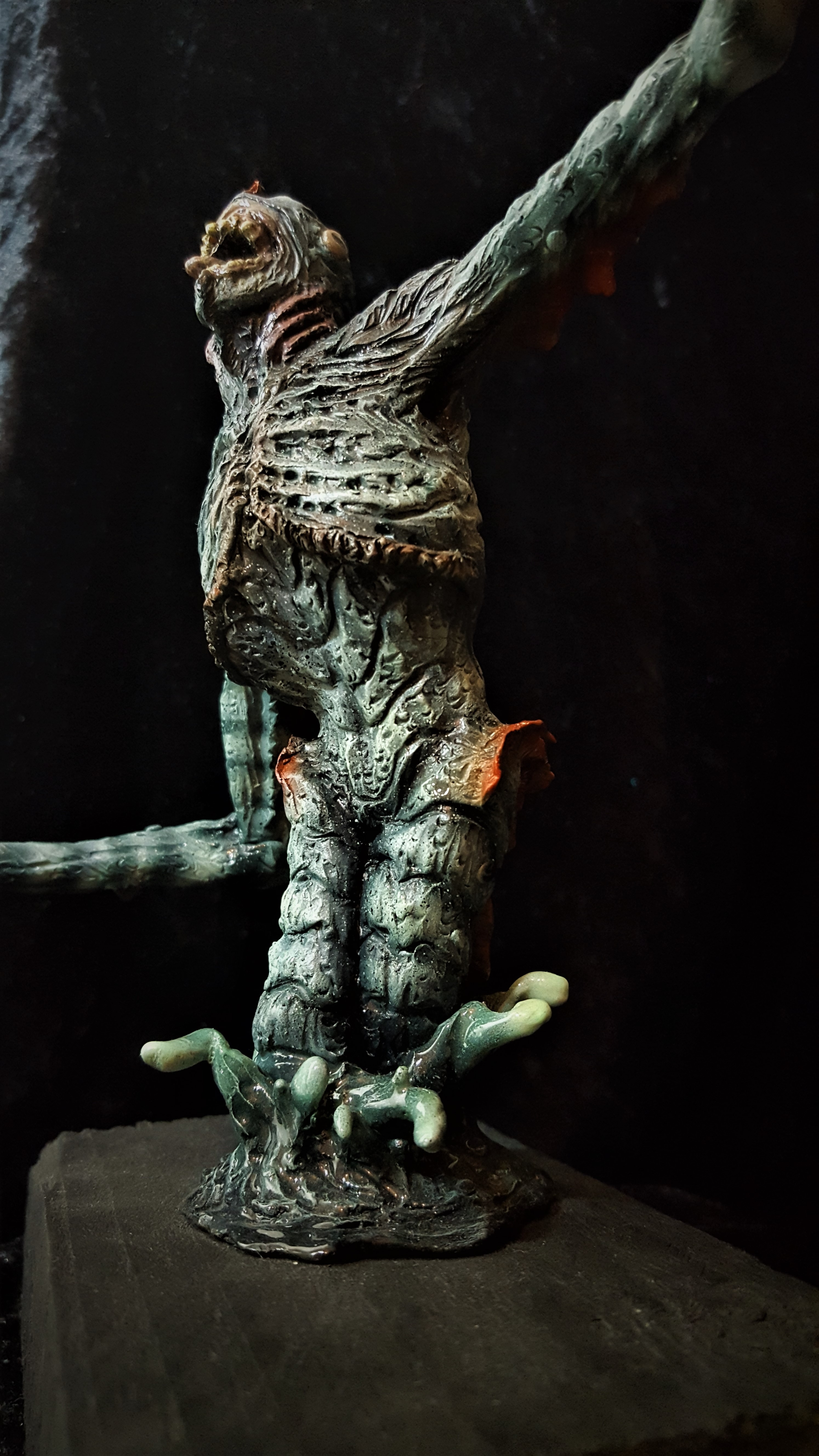 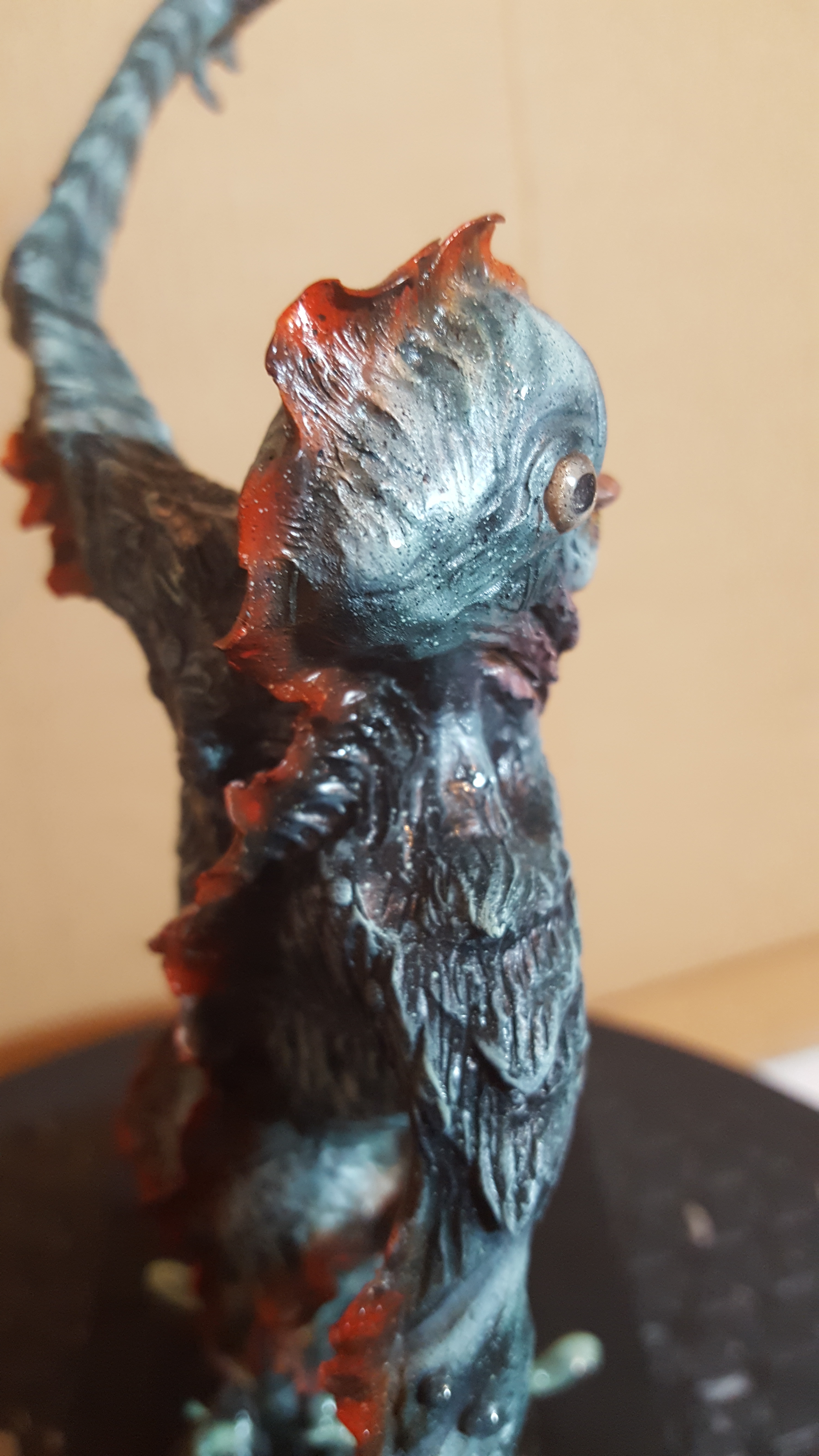 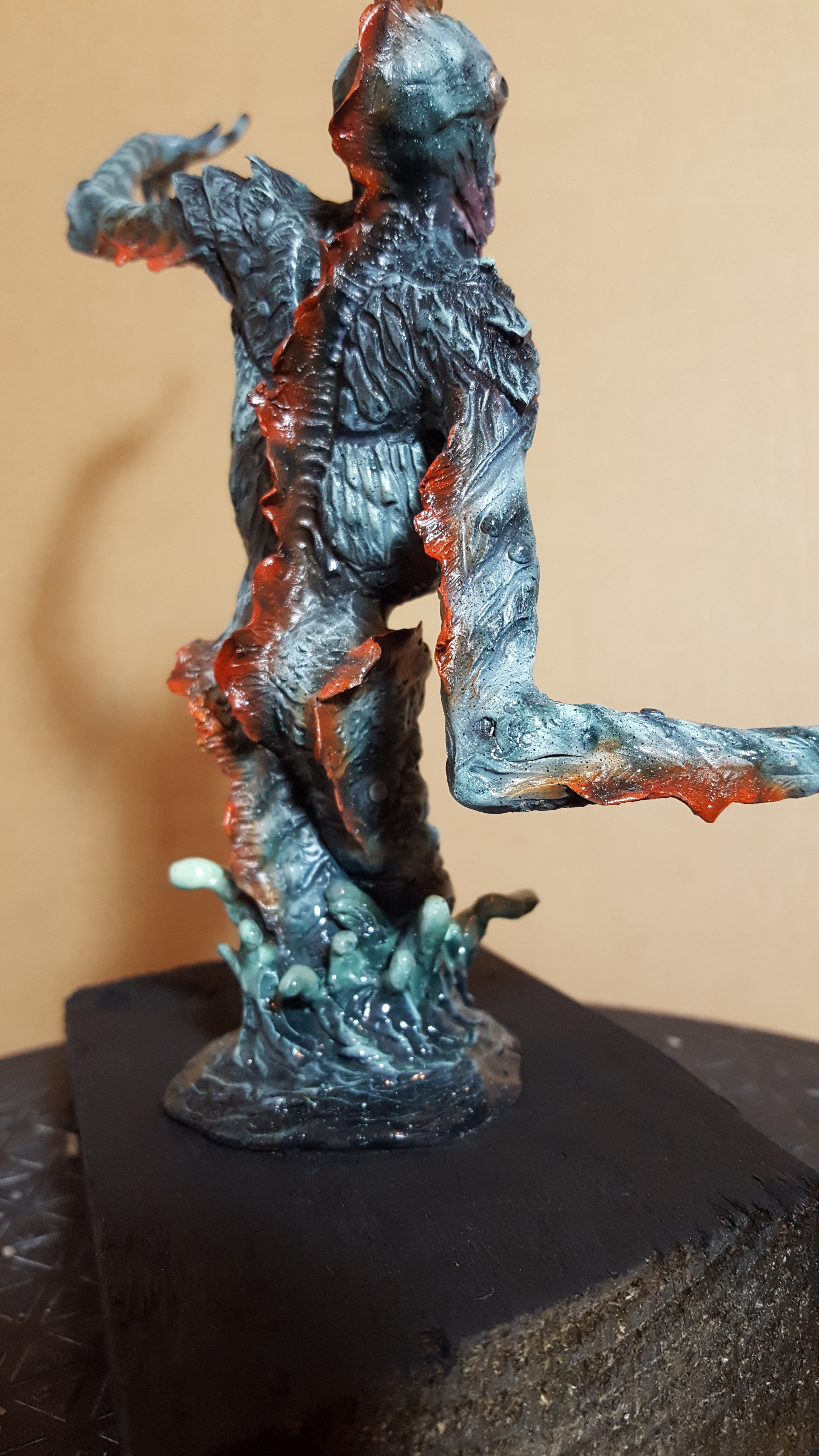 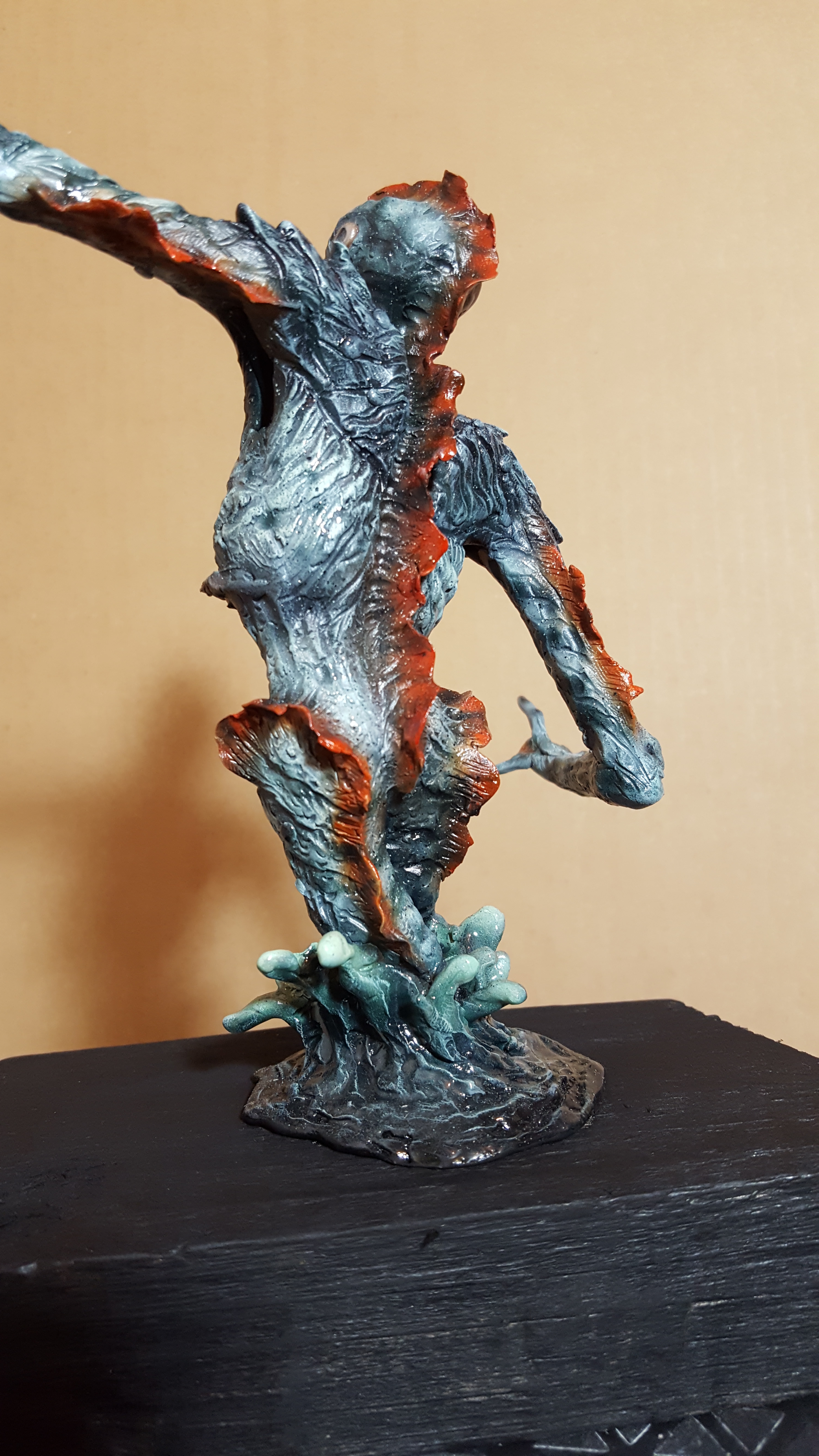 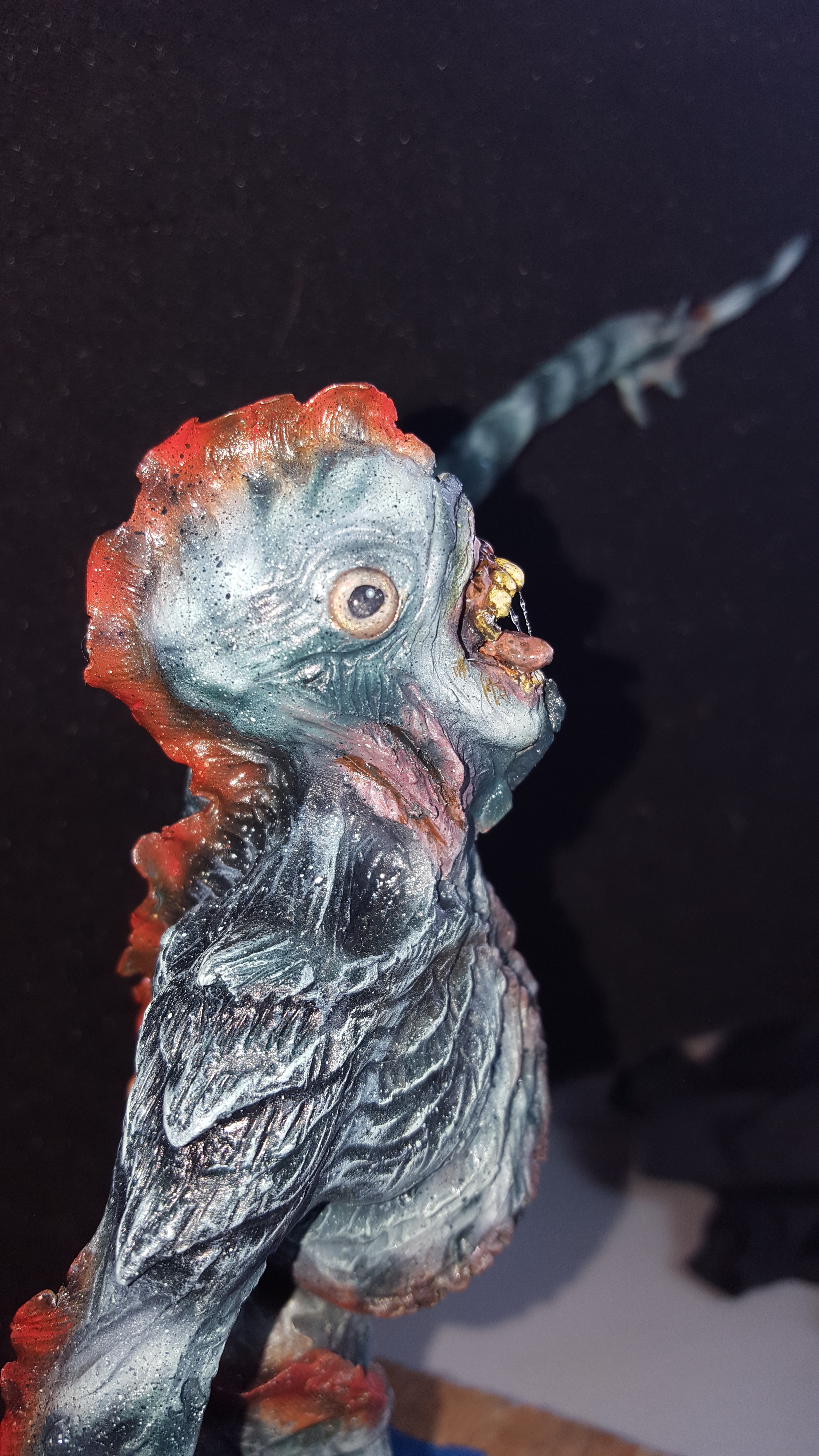 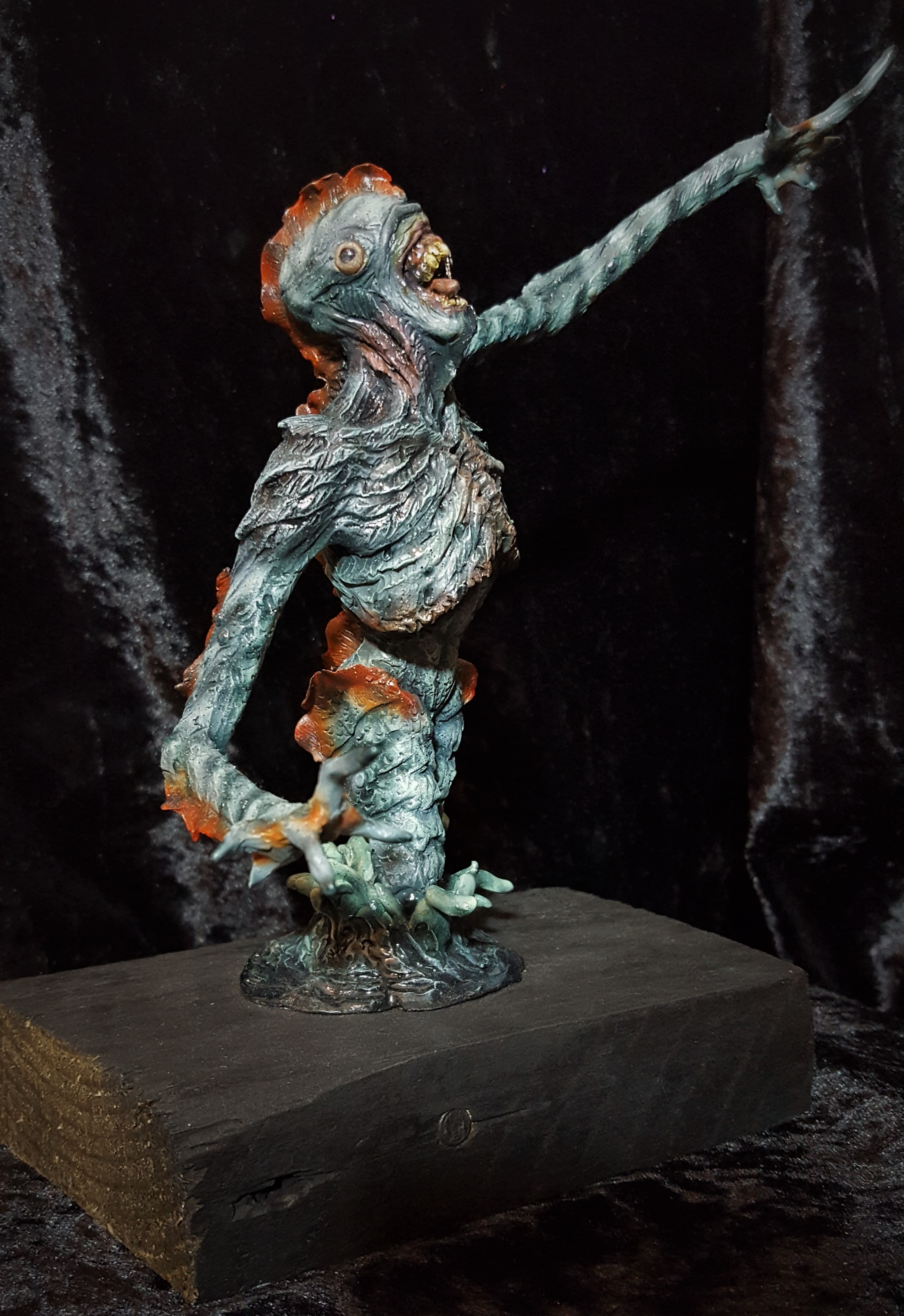 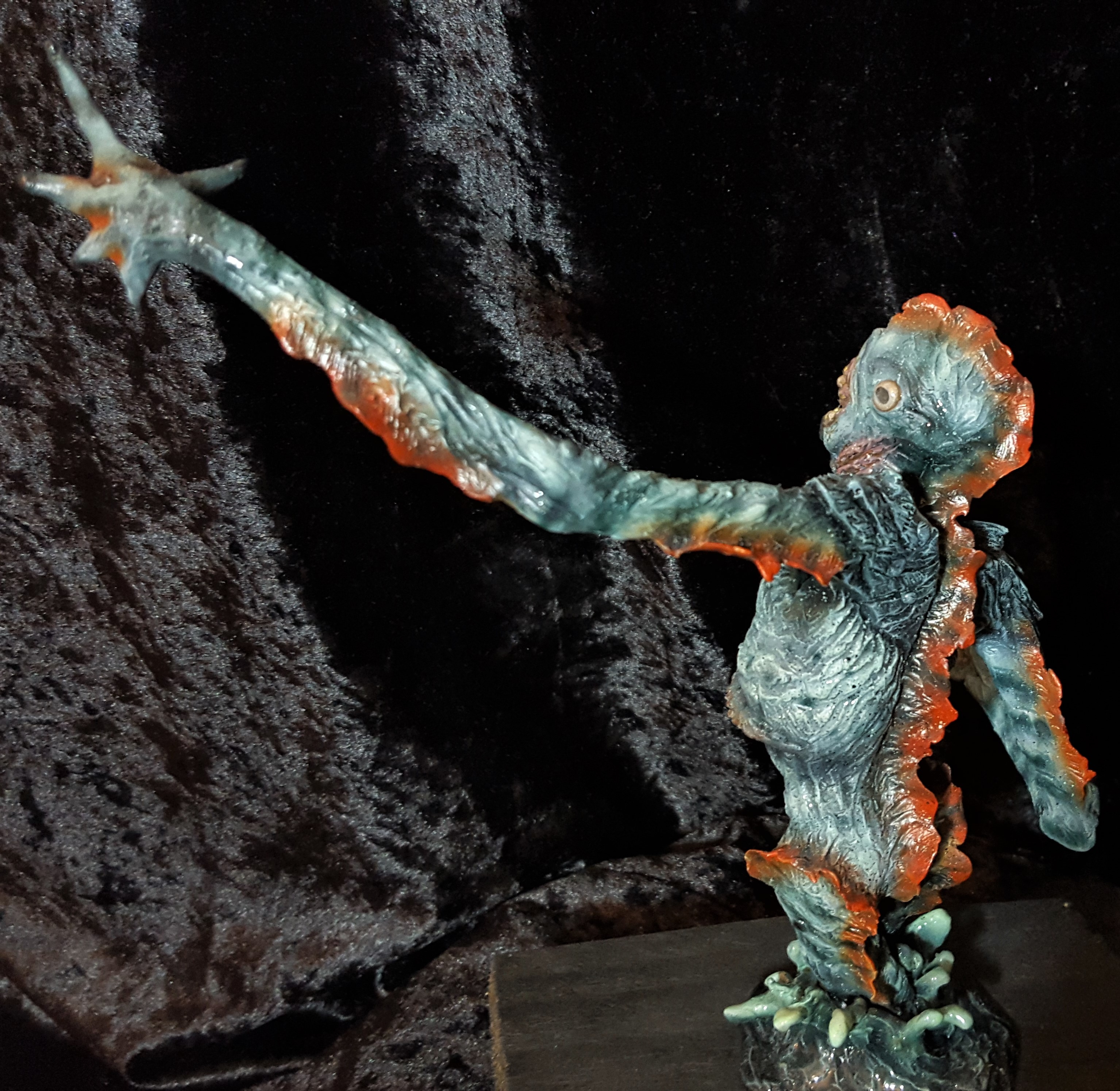 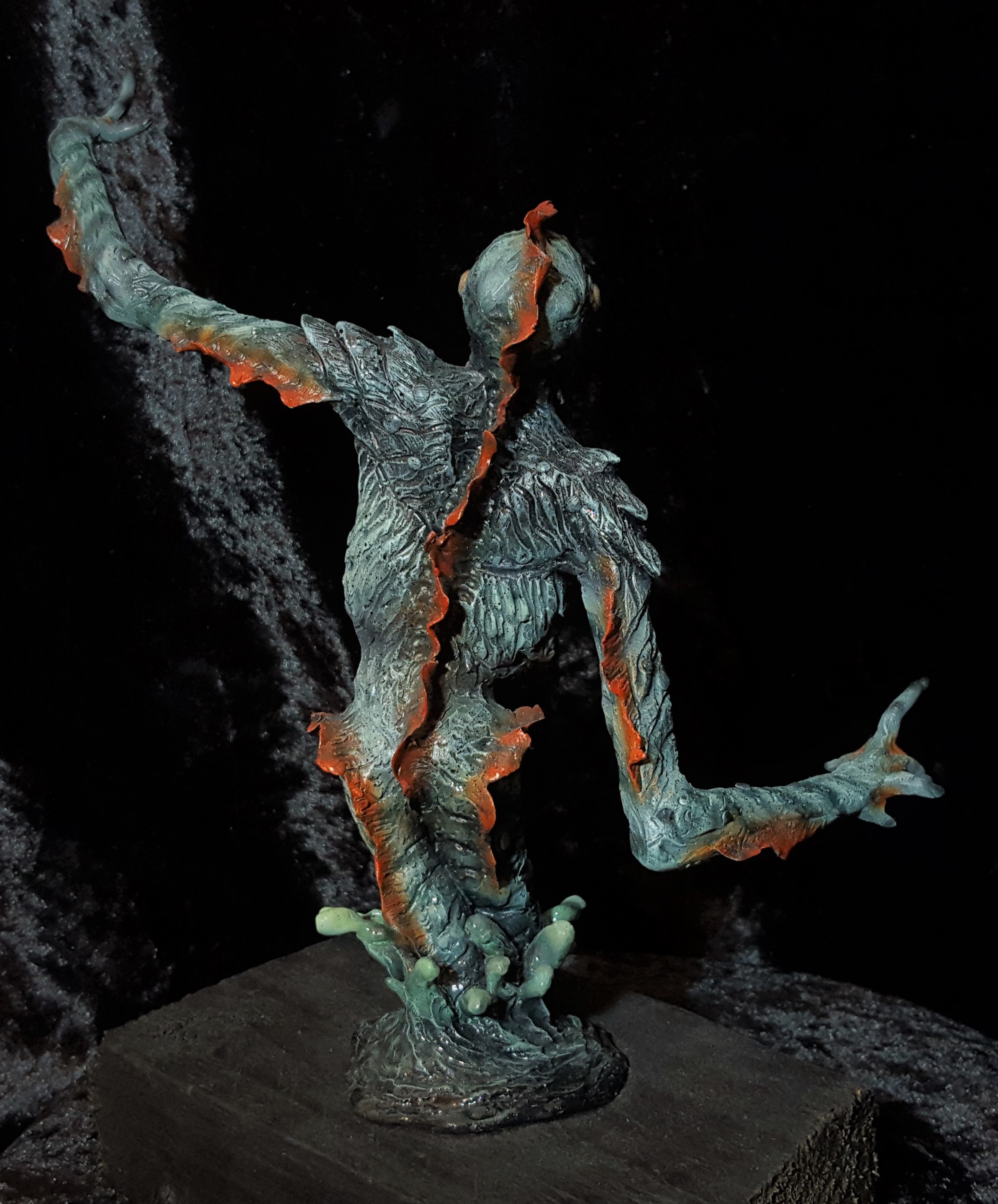