Max Humphries ✭
June 2016 edited June 2016 in Puppet Contest
Hey dudes,
So i've made quite a few puppets but this is one i'm particularly happy with. This was a personal project i worked on in my lunch breaks and evenings for a zine i was contributing to where the theme was Lady Knights, it got out of hand on kickstarter and ended up as a book called 1001 Knights with loads of other awesome artists contributing.
Anyhow, my character outline for Rottenpeach was that she's a legendary Ronin Princess whose given up life in high castles to wander the land busting heads for fun and profit.
So a bit of process, very rough sketching to start with but thats really for proportion rather then design, so pretty dull, i do most of my designing on the fly on something like this. Moving on... 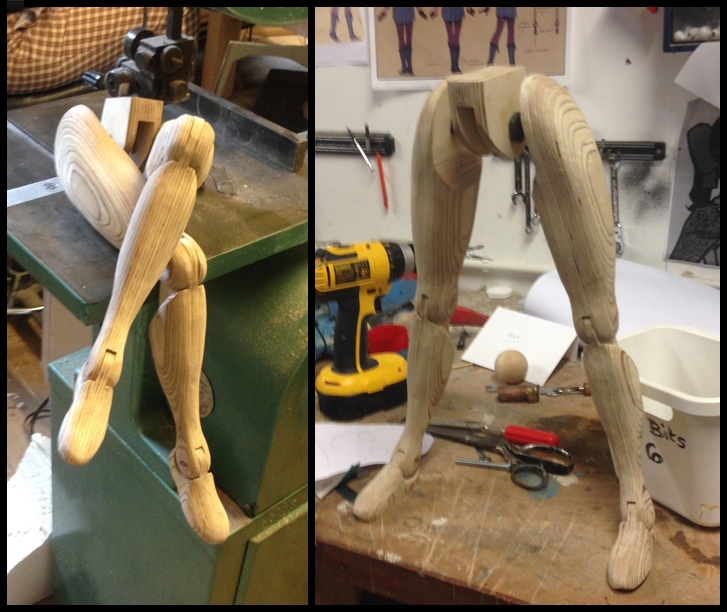 I like to work in birch ply for a puppet like this where weight isn't such an issue. Started with the legs, you know you've got the legs balanced right when they can stand on there own. I use an internal knee lock mechanism so there's no edges that can get caught on the costume. 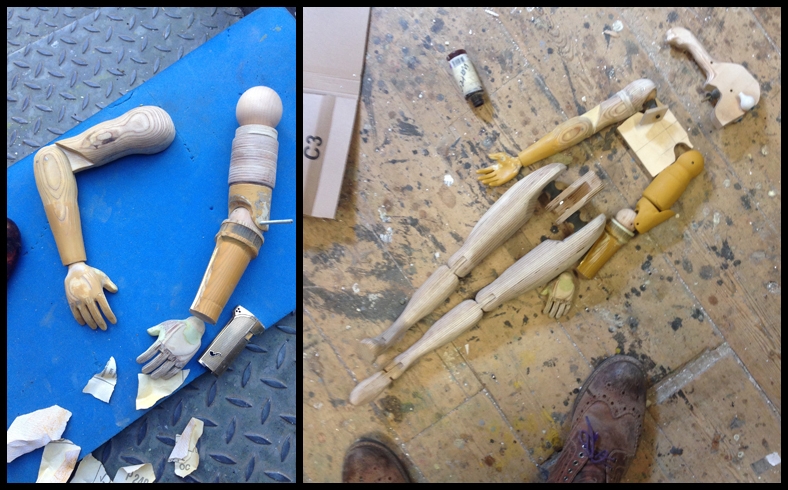 Then the arms and body, i wanted one arm to be armoured so they're built quite asymmetrically. 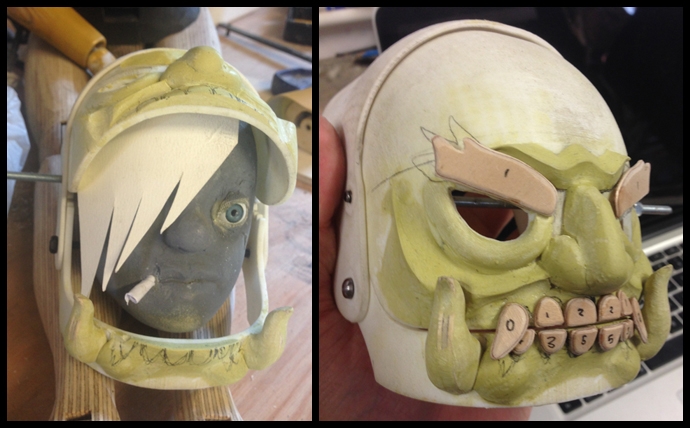 Next up was the head, i 3D printed a simple helmet blank with in built gearing so i could do all the detail sculpting freehand with wood and epoxy. Here i'm trying out hairstyles in paper. 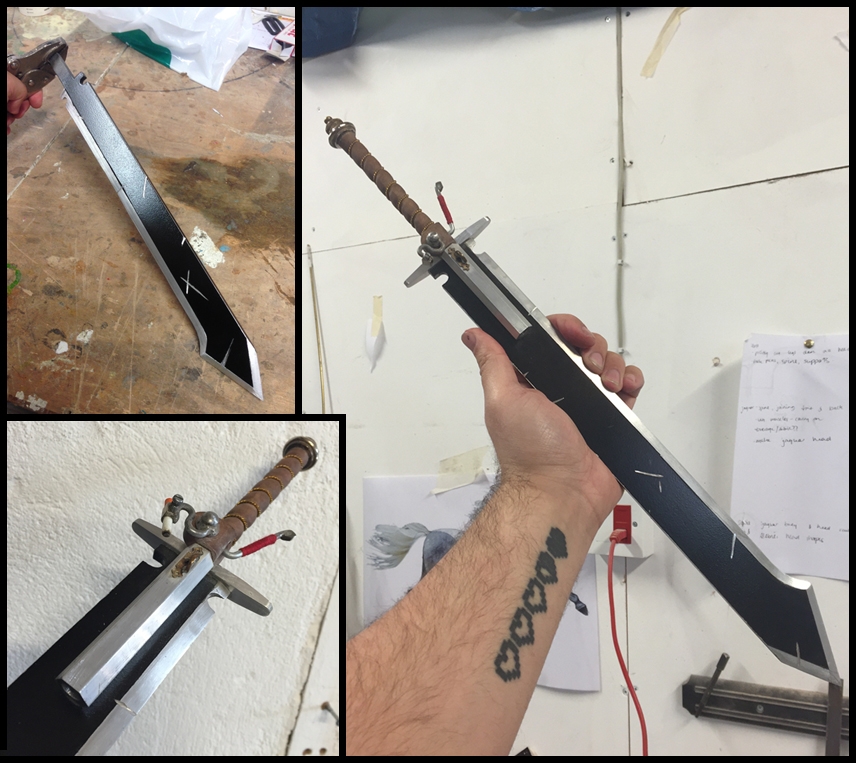 Every knight needs a sword! Made this out of a scrap of aluminium on the sander, sprayed it black then sanded back into it to get the shine. It's got a flintlock built into the handle with a cigarette fuse. A beast!

Started to build in the armour detail, first i fillered the ply to get it smooth then the filagree is just done in cut paper with superglue to toughen it after and heavy dry brushing and a bit of buffing to bring up the shine.

'cause this was for a book there's barely any mechanisms in this puppet except the trigger that closes and opens the two halves of the helmet, if you want to see it moving there's a clip here: 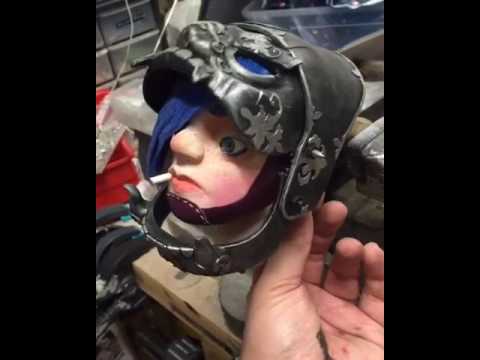 every adventurer needs a utility belt! had fun making all these tiny props.

then onto costuming. lots of pattern cutting, stitching and knitting on 0.2 mm needles 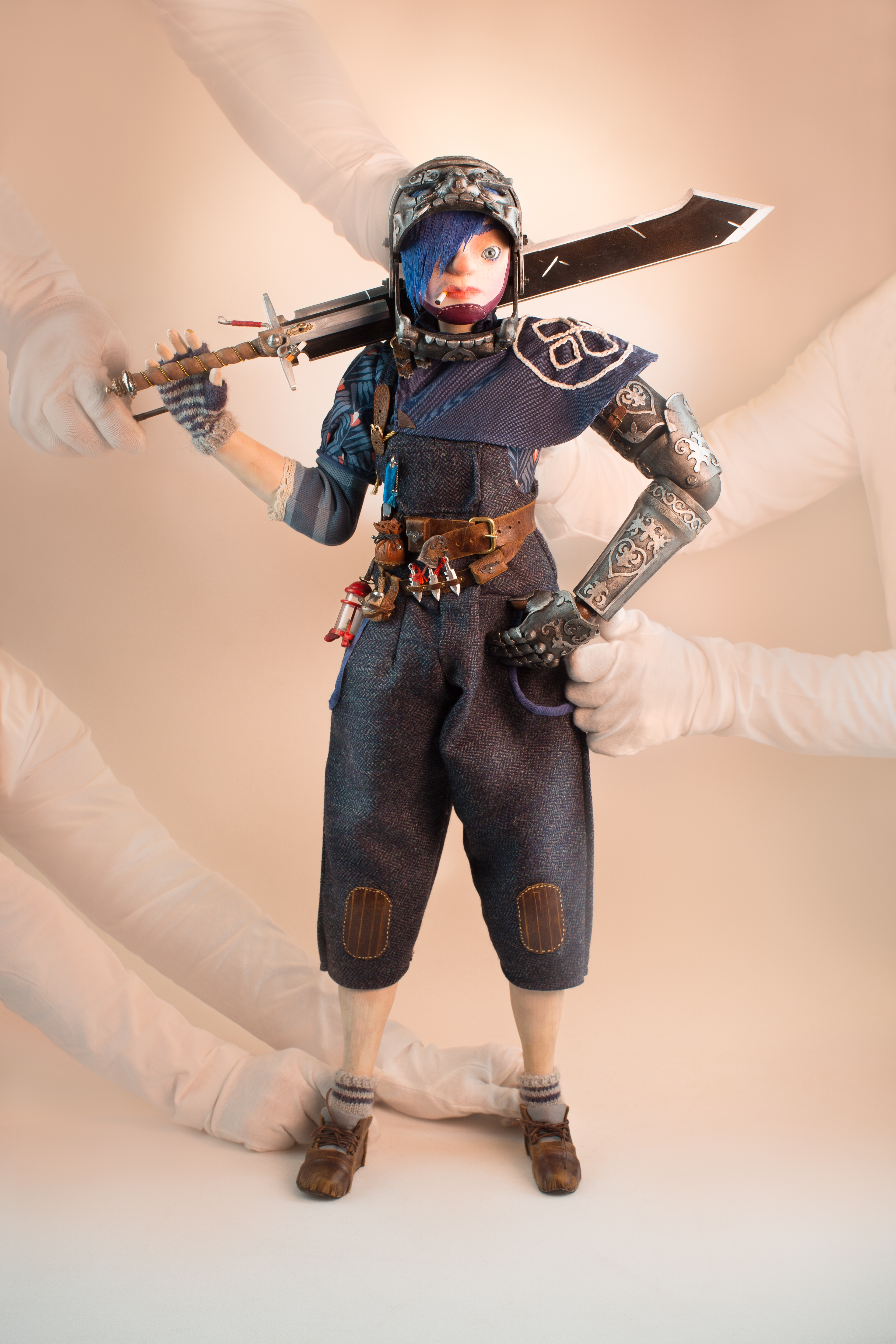 ...And heres the final puppet! Hope you liked guys, thanks for reading to the end, cheers,