How to Make an Eye Mechanism - Design, 3D Printing & Assembly

I am working through the awesome Covarrubias tutorial on eye mechanisms, and I have two questions concerning the newer Autodesk 123d Design software. I thought maybe a more versed user could help.

1) Using the newer version of the software, has anybody been able to sketch on the face of the eyeball or the swashplate? I have figured out how to sketch on the faces of primitive objects, but I am unable to select the flat, straight surfaces of the swashplate and eyeball. These items come up in chapters 4 and 5 of the tutorial. I have a feeling it will continue to come up, and finding an alternative to sketching on these flat surfaces is proving challenging.

2) I don't know how to turn on/off components (the separate pieces, the swashplate, the eyeball, the eyelids, etc) like David does on the older software. So I "hid" my eyeball while I built my swashplate. When I was done with the swashplate I "showed" the eyball again, only to find that now it has a chunk taken out of the side of it. I think it must have happened when I made an extrusion on the swashplate at some point, because I "hid" the eyeball but left it in the same area as the swashplate. Anyway now I learned to move hidden objects outside the grid area so I don't mess them up while theyr'e invisible. But can anyone suggest an easy way to 'patch' the chunk I took out of my eyeball, so I don't have to rebuild it? Does anyone bychance know a good video that shows you how to do this? I attached a screenshot - the eyeball is the solid on the left, with a chunk missing in the side that looks kind of like a letter "c". 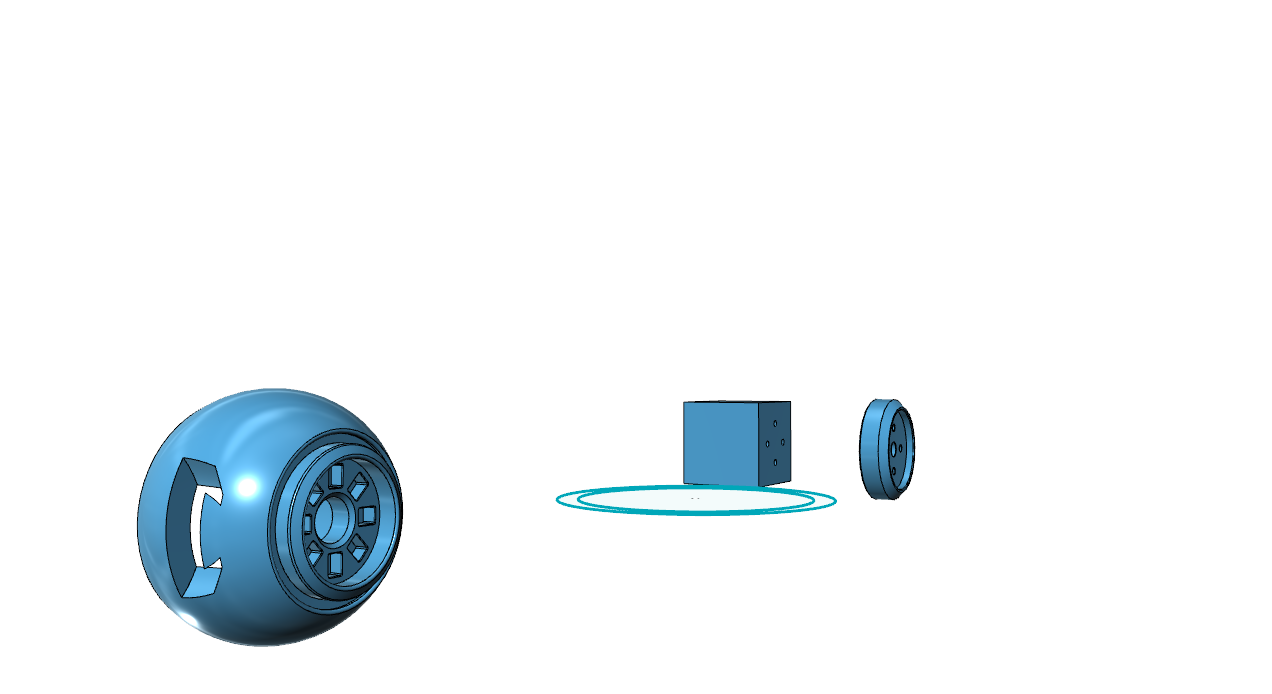 Thanks for any thoughts!