This is „Hugo the talking Robot“. Its a remote controlled robot puppet with animated eyes and mouth made of LEDs. Hugo can move the head in 2 directions upwards sideways and can ride on his bike. He has also e Voice Changer so that he is sounds more like a robot.

The eyes move in random while the mouth is animated when he is talking. The mouth use the simple A-F System that is used in cartoon mouth animation.

I wanted him to appear cute and likable so i gave him big „Disney Eyes“ and a childish character when i play him.

Hugo is a retro guy, and is prepared with floppy disk. His „heard“ is a big LED that „breathes“. (yes its HAL 9000 inspired). He got also a LED Matrix in the body to display short messages and some retro game animations from „space invaders“

The body is made of laser cutted MDF wood 5 mm for the body and 4mm for the head. After building  the hole bike and robot is varnished petrol and fire red because i love the color for a robot and the red reminds me to children bikes.

This is my first big build. I'am based in Berlin and perform mime and robot shows

Here you find a more detailed impression of the build with lots of pictures and some explanations.

I love to hear your feedback. 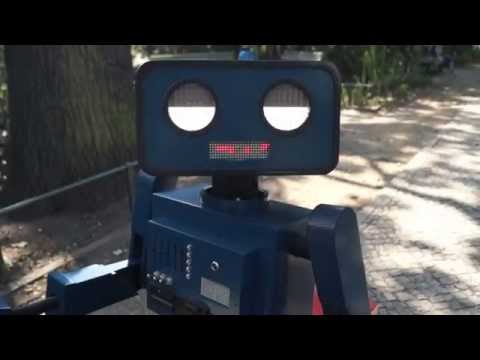 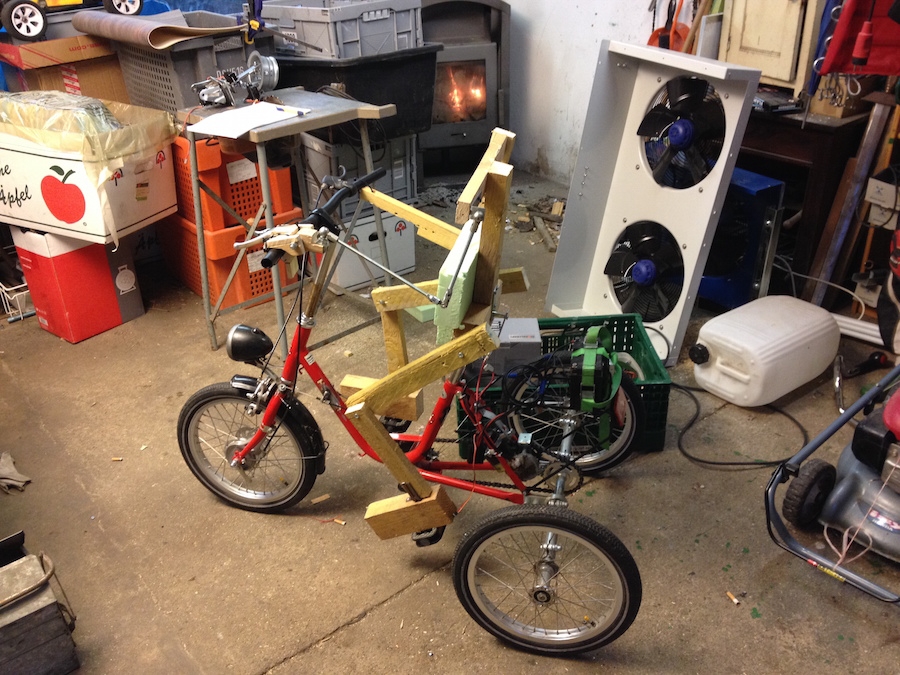 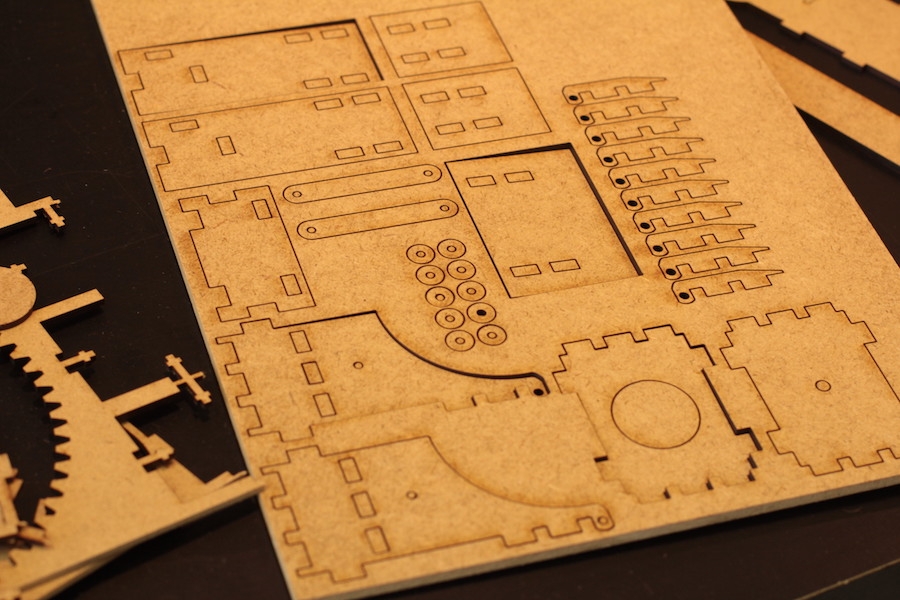 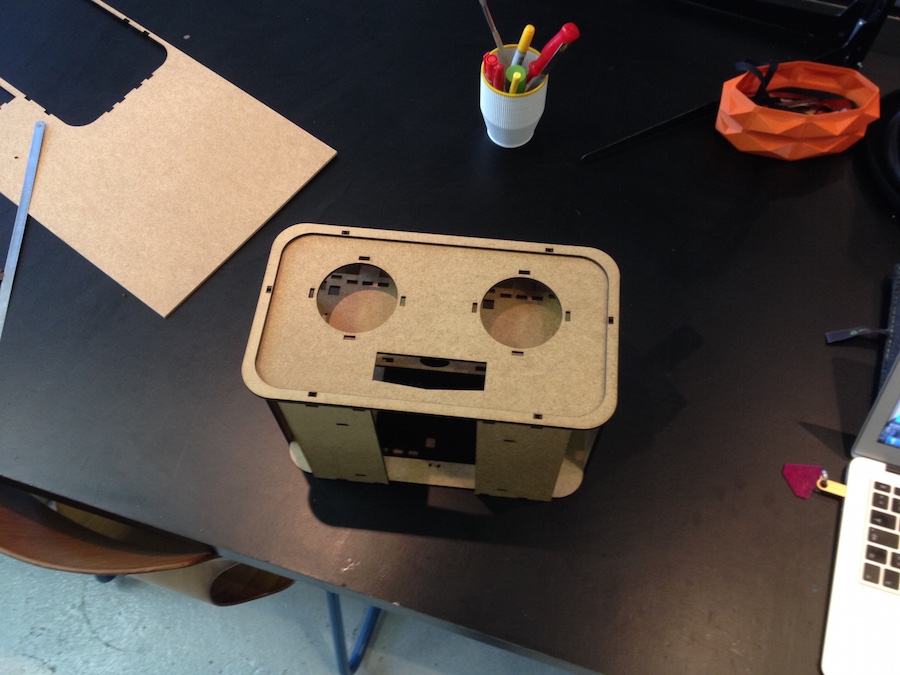 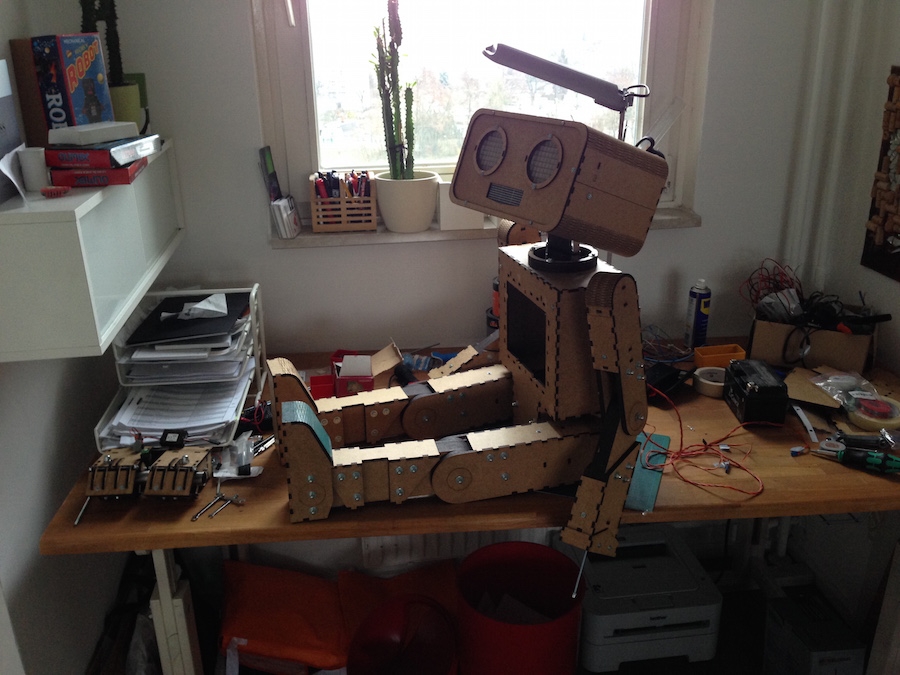 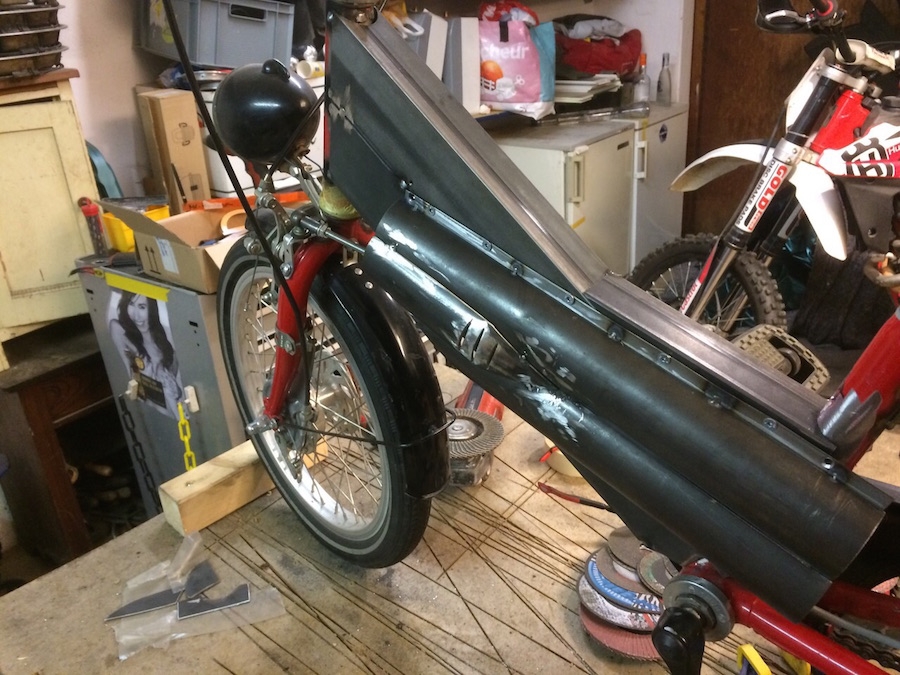 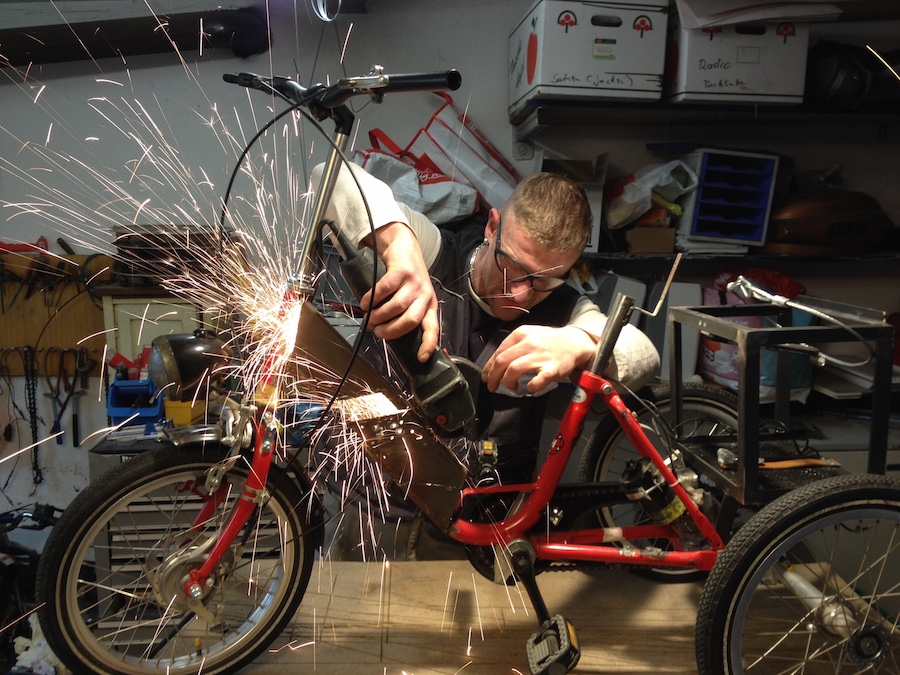 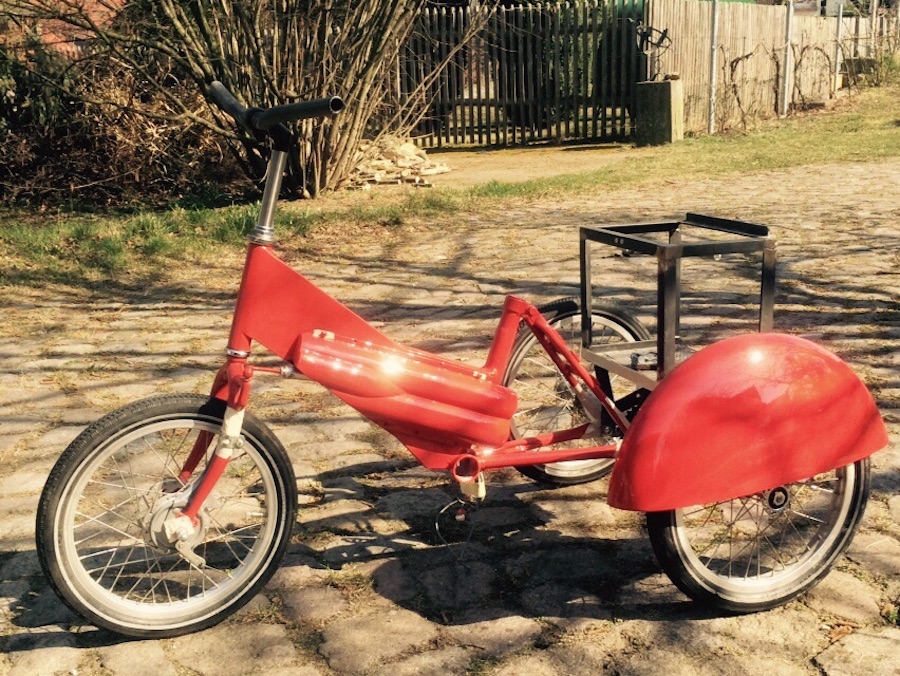 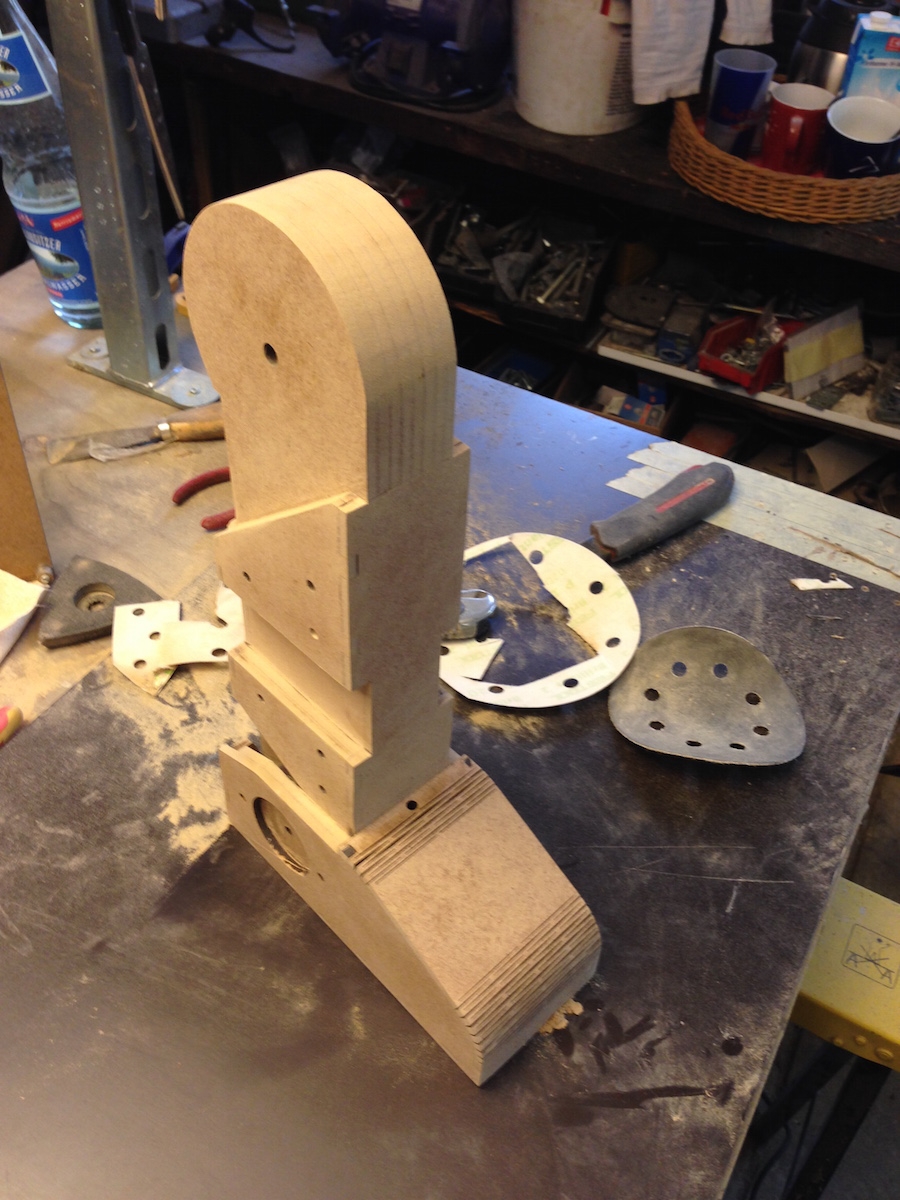 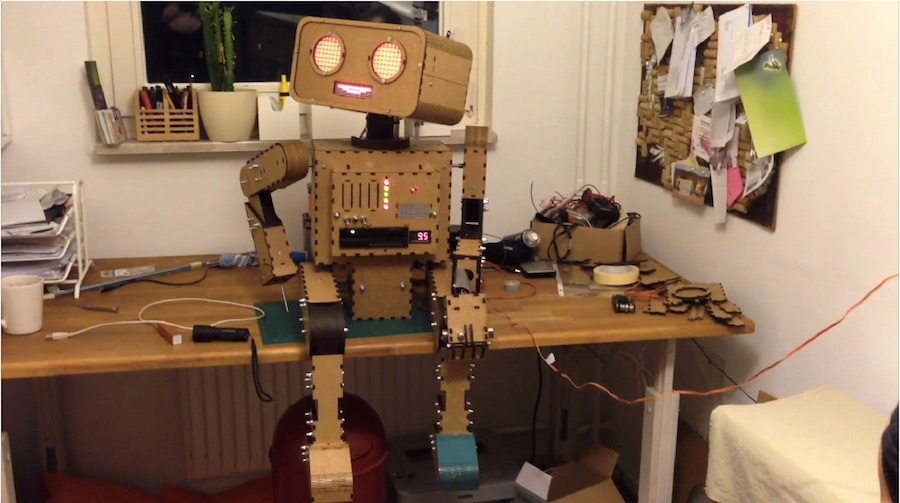 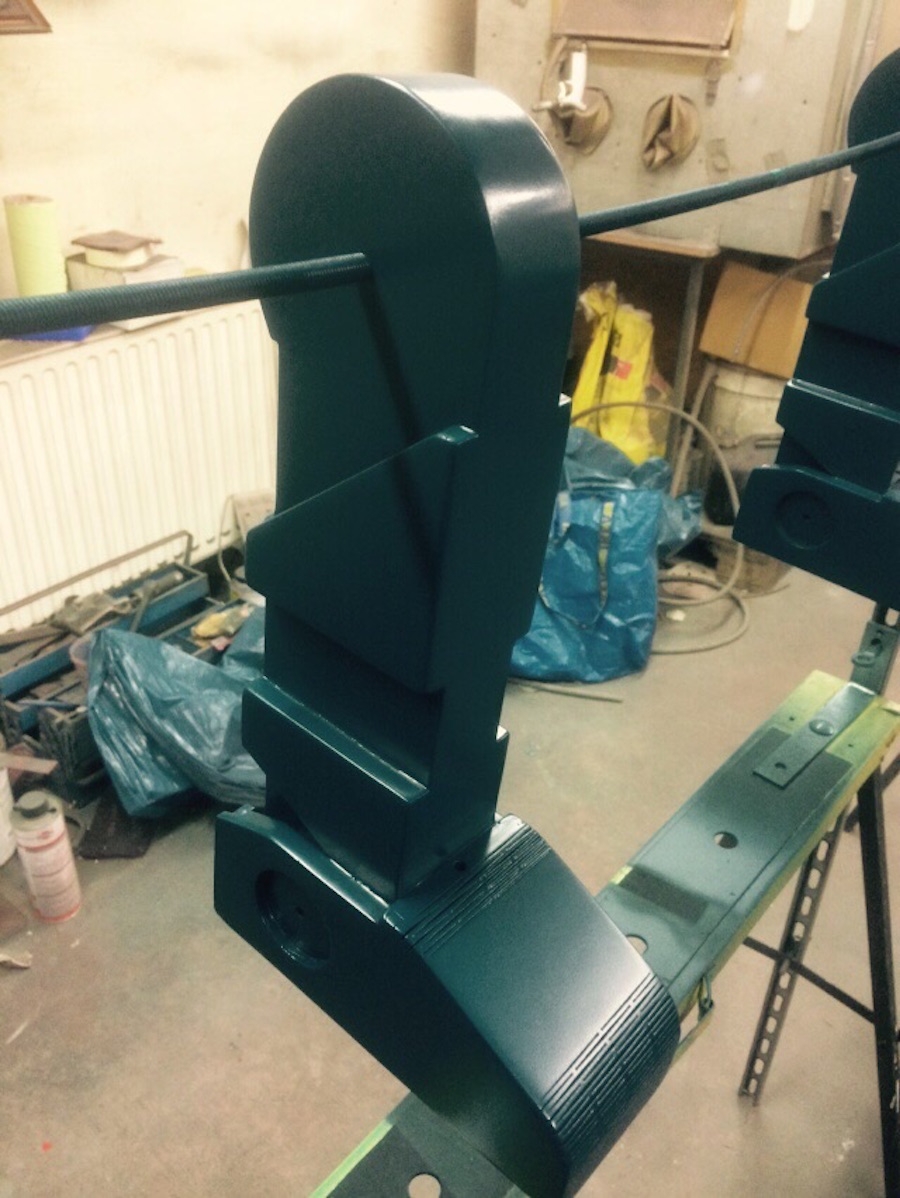 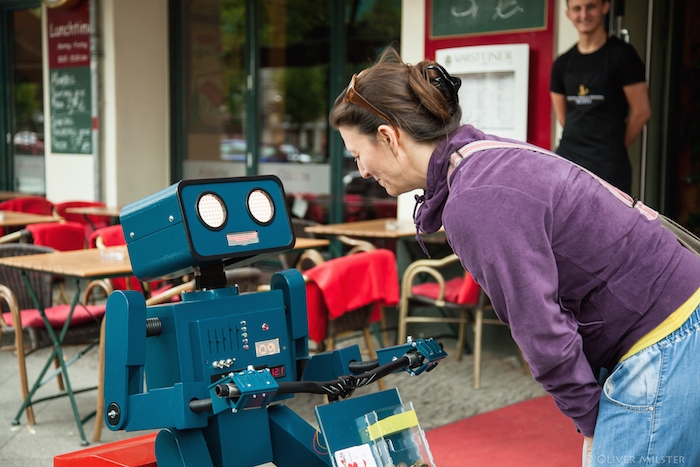 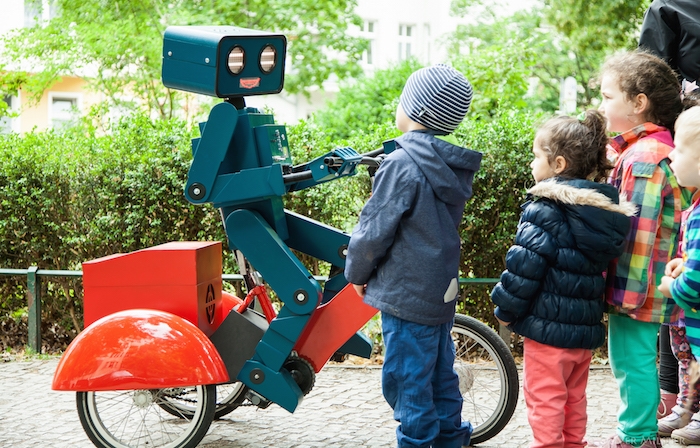