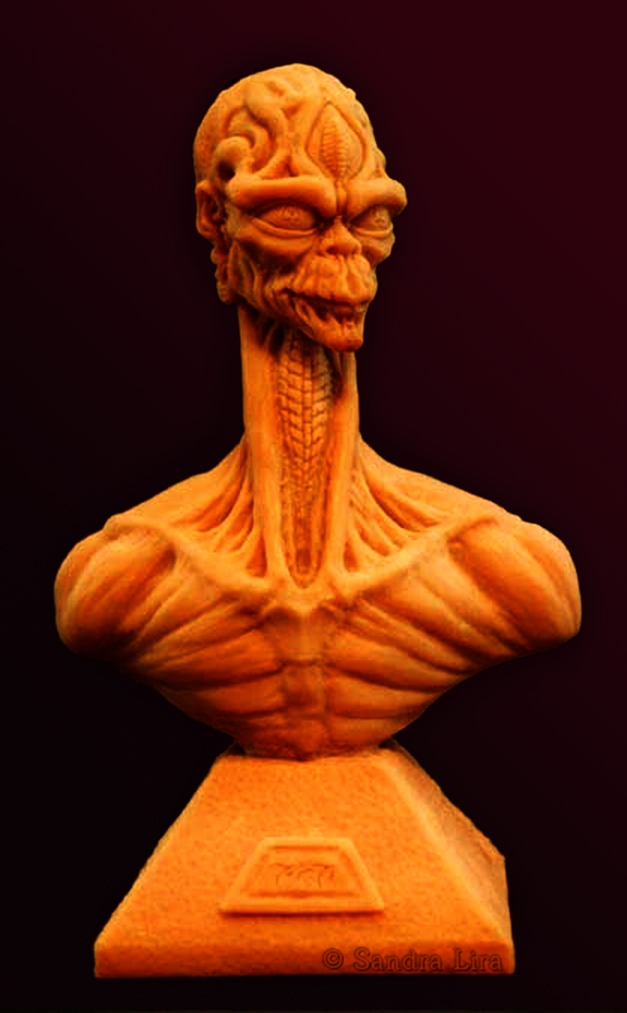 From the journal we learn that the unusual formations on the head, at the forehead, chin, ear lobes and bridge of the nose, are sensory organs. The functions were not given, but their use in detecting and analyzing sound, heat, and possibly their use as chemical receptors are hinted at.

The "coils" at the forehead and temples are referred to as "cooling chambers". Apparently, the blood must be thinned in order to be pumped through the elongated neck. This would seem to be accomplished by, and would account for, the very high body temperature. At that point, it would seem, the blood is evidently at too great a temperature and so must be cooled within the chambers to avoid damage to the brain. An interesting note in the margin states that sudden exposure to cold temperatures can render this species unconscious and that prolonged exposure can result in death due to blood coagulation within the brain itself. It was surmised that this sensitivity to temperature fluctuations was one reason that this species was found only near the planet's equator.

The expandable throat and very flexible mouth seem to serve as a means to guard against choking during food intake. Their apparently useless "teeth" do not adequately macerate their food, necessitating its being gulped down in huge chunks. It was noted that it was quite disgusting to witness, even to a normally impartial observer. It was thought that the expandable portion of the throat may also have been briefly inflated with air at times, perhaps as a courtship display.