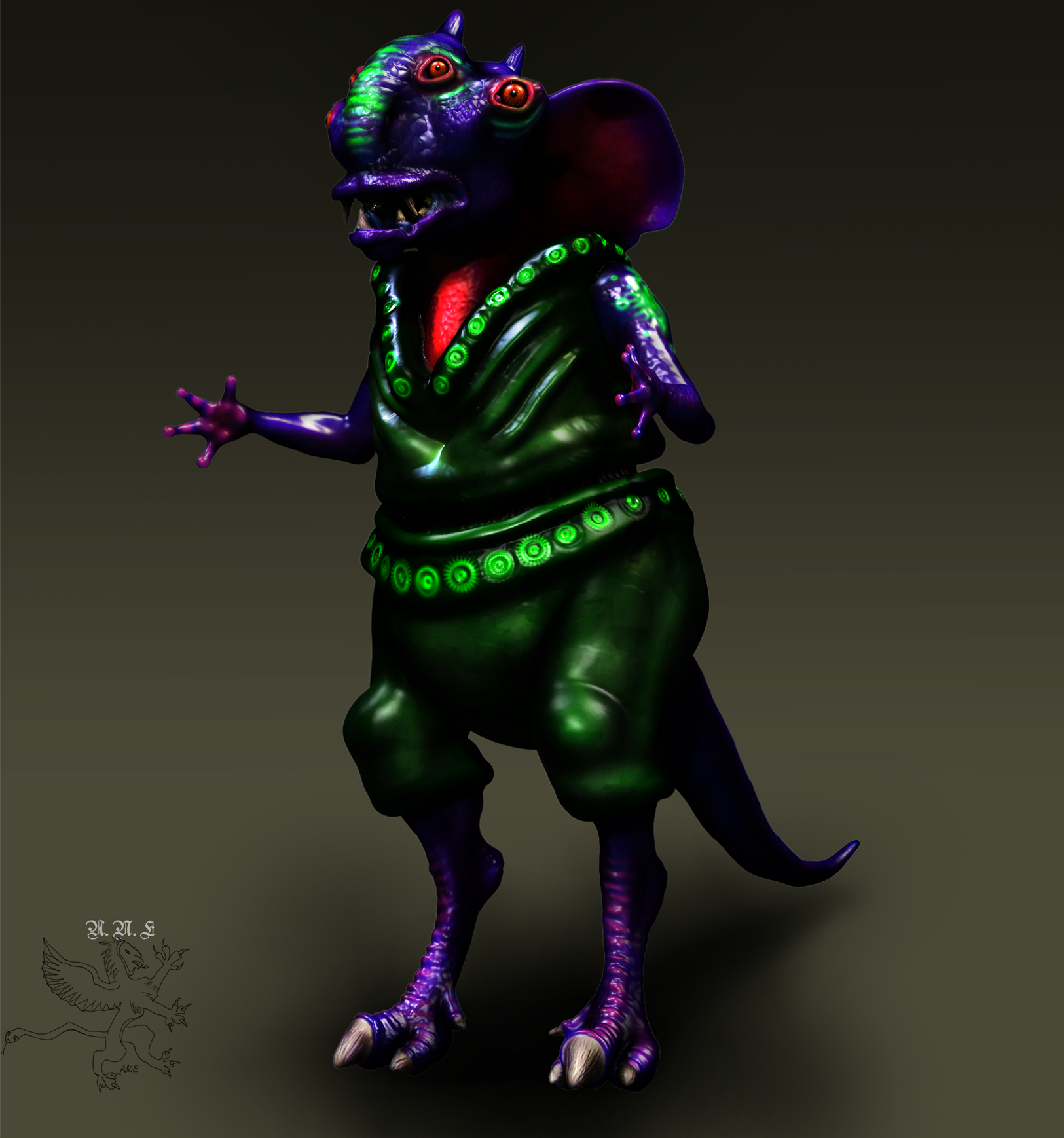 I envision these guys living on a planet that is quite humid, mostly covered in small trees, large pastures and mountain ranges. It does have oceans but they tend to stick to the ponds and lakes as their skin does not agree with the salt water of the oceans.
They are a successful farming race, choosing to keep to their planet unless they are selling their goods. The Sce-Braka do have a large military but it is used more like a protection detail for the merchants and their ships while off-world than as a true military.

The Sce-Braka have a lifespan very close to humans and can live to eighty years of age. Some have been known to reach a hundred and five but this is a rare event. The males and Females are the same size and only the hood size (the males having slightly larger hoods) and coloring can be used to tell them apart.

Both sexes are blueish purple in color and have the red under their hoods, but only the males have the red around the eyes and on the throat. This happens when they reach adulthood at sixteen years old. Females mature slower and don't reach adulthood until twenty. Both sexes also possess the false horns on the head, these are nothing more than large spires made from thick tissue and has a small cluster of nerves in the base only. The false horns are thought to be what is left of possible antennae in their species' past and can be used in the same way they were in their ancestors.

Sce-Braka react to light in an interesting way, they absorb it - giving the skin a soft glow - and use it to help speed up healing injuries and sickness.

A type of bio-luminescent algae is used in the body paints the Sce-Braka cover their faces, shoulders, and clothes with. This paint is only worn by the merchants that go off-world so that those who wish to buy goods will know what merchant is selling which items: Green is for food types, Red is for tools or machinery, Yellow for clothes and armor, and Cyan for non-edible livestock and plants.