This Bust was a birthday gift model I made for my brother and liked it enough that I thought I might enter the design in the contest.

I would love to have a full body model of this guy for the contest instead, but my computer can't handle that much detail; it starts to cough on a render at 5 million total points (always add too much detail) and will crash on a render with 12 million or more. It also depends on the materials used in ZBrush. Need more memory and a better graphics card methinks.


I loved the old idea for the Alien so this piece is based heavily on Giger's original design for the alien in alien 3, with quite a few modifications of my own thrown in, especially around the chest, side of the head and the front of the neck.

No texture added, used the base shiny material from ZBrush with a few others rendered separately and then layered in Photoshop to get the different shades/tones effect of the Alien's skin. Made it transparent in some places to give the illusion of either thin areas on the shell or spots where the tissue has no color and is pretty hollow. This was done by way of lighting effects in Photoshop in the following areas:

Lips.
Chin and under jaw.
Back of dome.
The visible back 'Spine'.
Some of the tubes on the chest.

Reflections were done in Photoshop, not ZBrush, as there was no environment setup I could do without killing the computer when rendering.

Model is done in ZBrush 4R6, with final rendering in Photoshop Elements 8 and 11. Background is nothing special, just a three or four minute hive sketch.

Model time was around 12 hours spread out through most of January, with the rendering within zbrush taking about an hour to render each material. I forget how many I used though at least four different ones were used to get the colors and 'feel' of the Xeno down. Photoshop render times I think hit around six hours, with a crash happening once when autosave engaged halfway through adding highlights and shine.

Let me know if it is too dark to see, quite a few people have said it was too dark on some sites where other sites said it was fine. 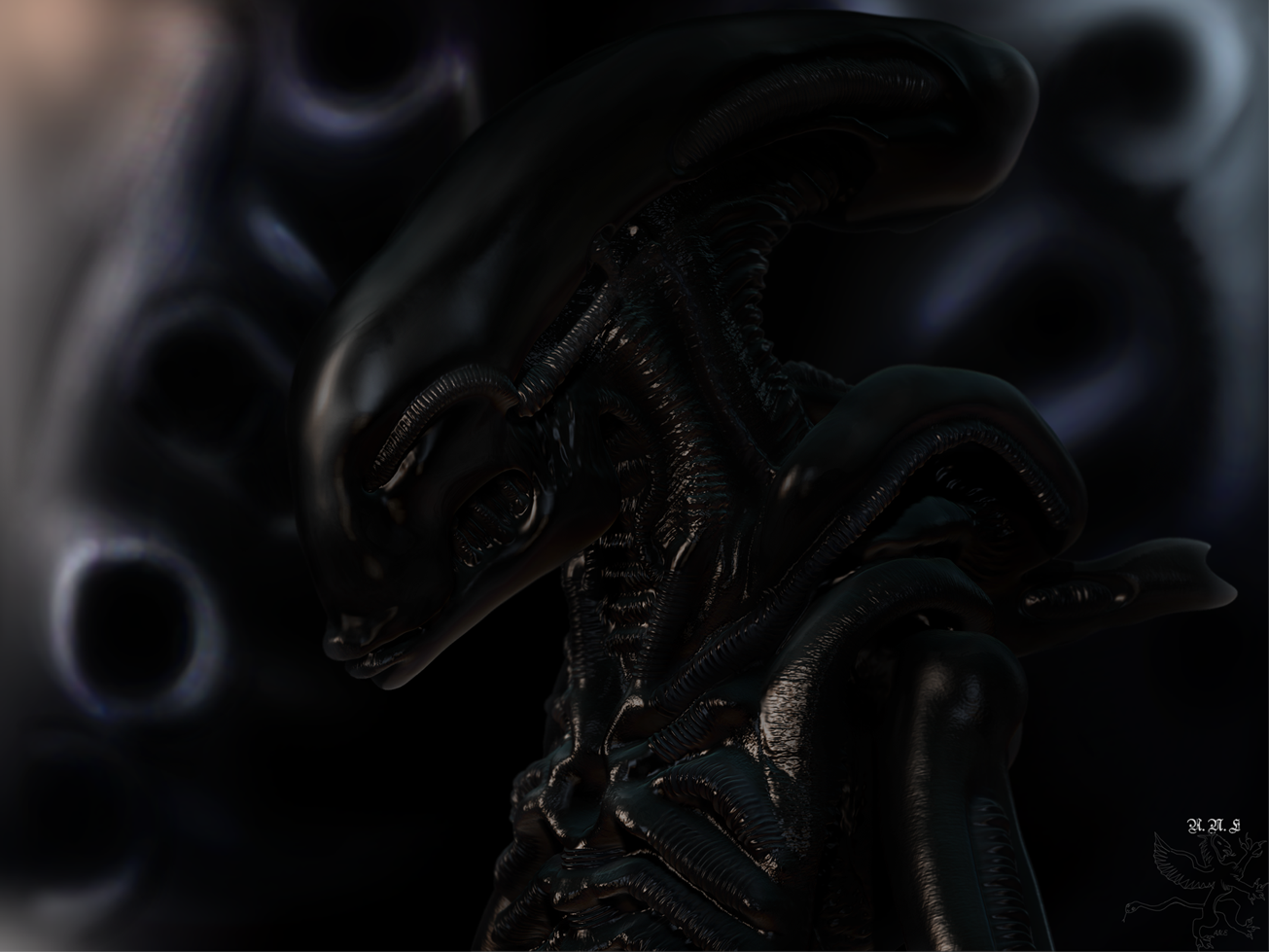