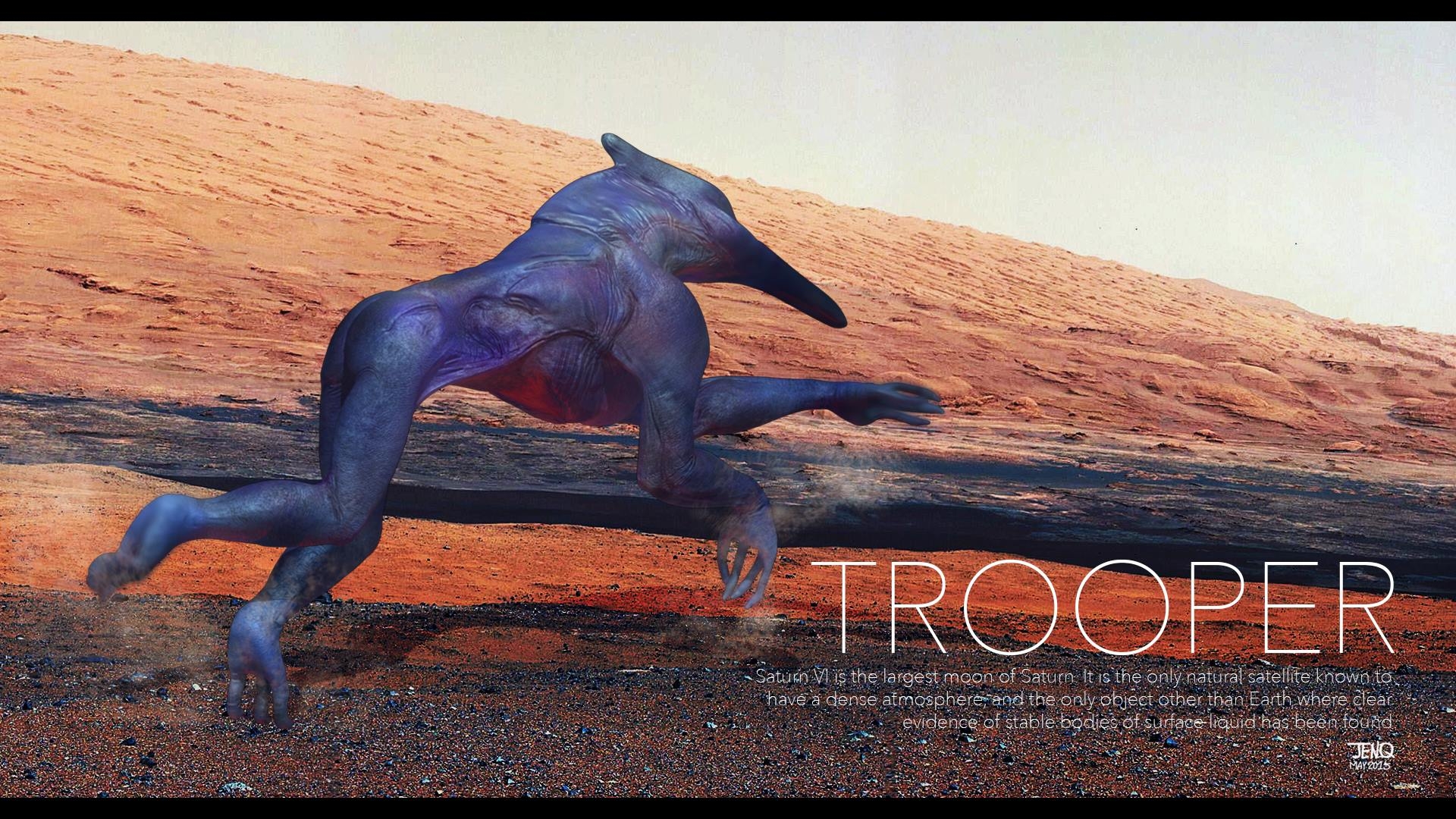 Saturn VI is the largest moon of Saturn. It is the only natural satellite known to have a dense atmosphere and the only object other than Earth where clear evidence of stable bodies of surface liquid has been found.
TROOPER is a mystery predator alien creature on Saturn V. Most of time dwell under the ground. Nobody knows when it will comes out, and where it will vanish.
This alien creature is my original idea, I named it as a Trooper.
I was sculpting Trooper also texturing details in ZBrush.
Then I was using Mental ray for rendering and Photoshop for compositing.

The following link is a little animation and turntable for demonstrating Trooper.

I'm pretty happy to learn and undergo some of challenges during this process. Hope you guys enjoy it. Cheers!

**More design and progress detail here : https://www.artstation.com/artwork/rJ1Je
Thank you for your watching and visiting, much appreciated.