Hermes Barreto neto ✭
November 2015 edited November 2015 in Halloween Costume Contest
All while I was working on that Big Daddy Suit, I also made for my girlfriend a female version of Loki´s armor. The thing is - We decided to use only the BARE MINIMUM of recognizable traits, namely - horned helmet, cape, armor parts and color scheme. Every thing else was to be done from scratch, from the design standpoint.  So, considering she is a Nordic Culture aficionada, she had ideas that she wanted in the suit. On the leg armors, she wanted Sleipnir, the 8-legged horse, and on the arms,  I suggested two Dragons, the same I put on the breastplate. On the shoulders she wanted Jormungand, the Midgard Serpent, and Fenrir, the Wolf.  every one of those animals is Loki´s child, so it was an interesting way to portray the character of Loki.

The interesting thing is that I developed a new technique to make these drawings in the armor. It is very much not time consuming, and I mainly used fire to make them.  So the shape of the animals in the plates was done in roughly 10 minutes each, then it was a matter of painting. I isolated the plates with Styrofoam glue, spray painted gold then removed the paint via a hot wire in the parts I didn´t want the gold to be.  The skin of the armor is meant to resemble a snake, so I got synthetic leather with the cobra texture and she painted it green in a two-tone color scheme. Loki´s staff was made by me as well, using Sintra blades and a resin egg I poured in a Chocolate Egg Kinder Surprise plastic shell for the Mind Infinity Stone Casing

The cape is about 12 square meters of velvet.

While I know most of you don´t know Portuguese, here is a video of her presentation with it. To me, it looks more impressive in motion -

now,  on to the pictures 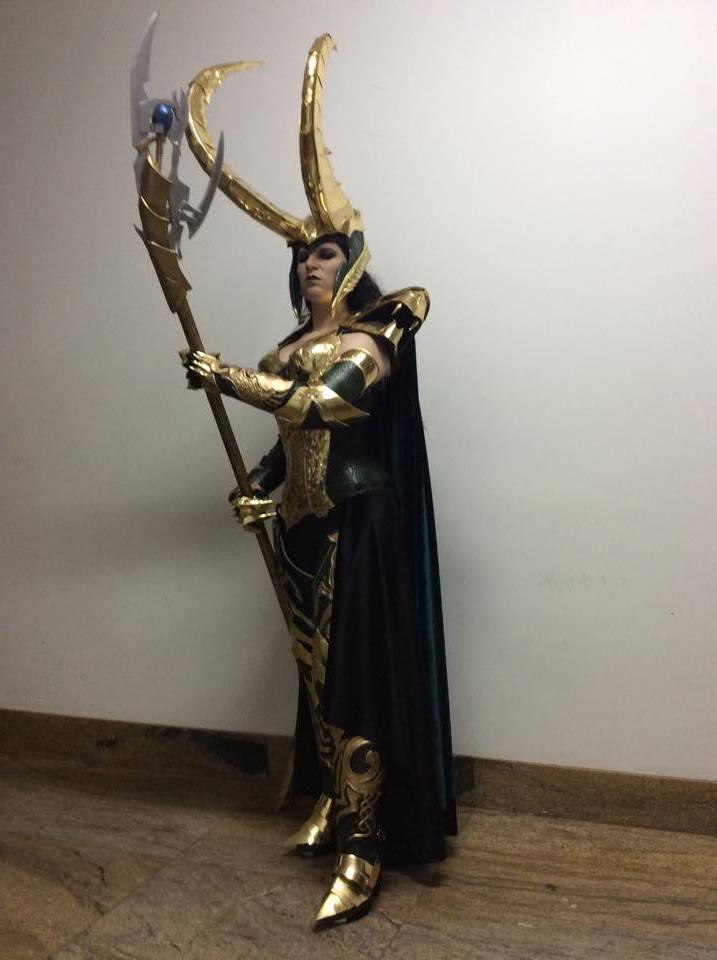 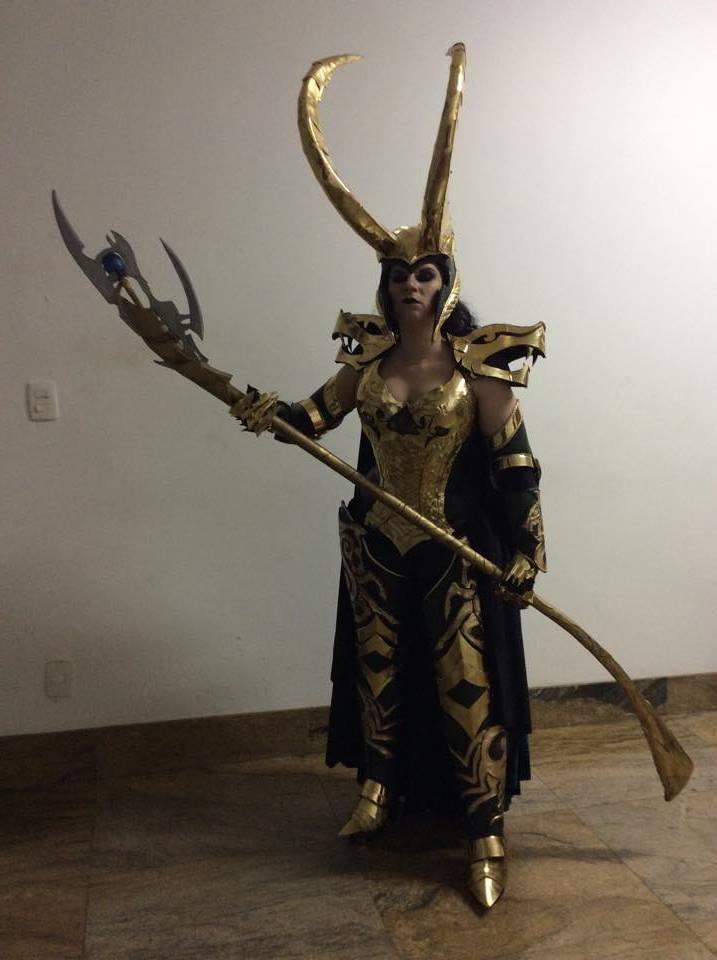 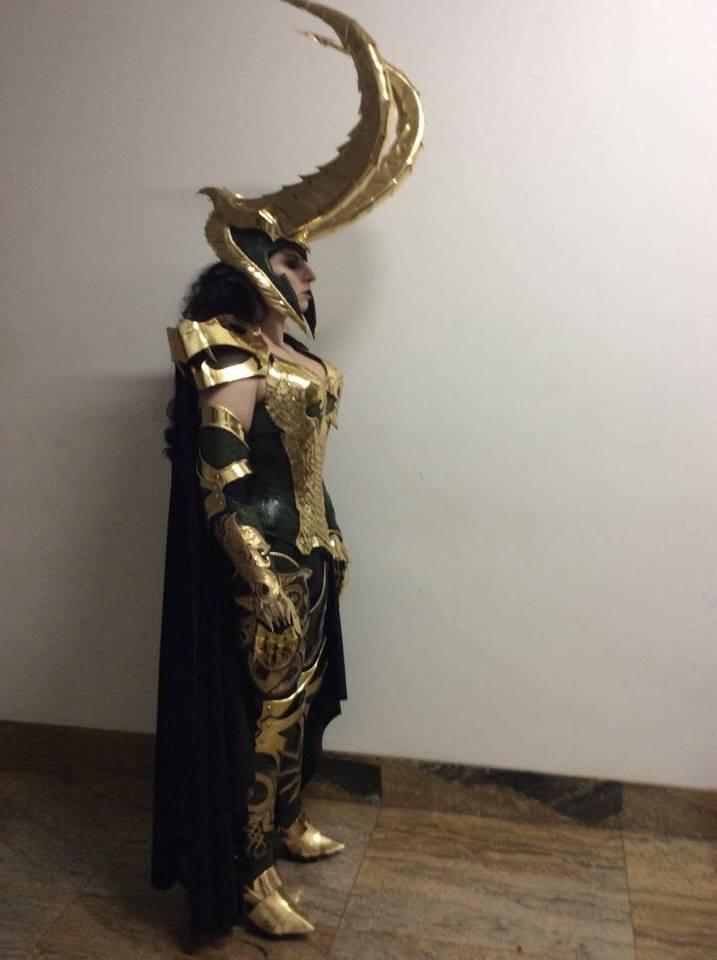 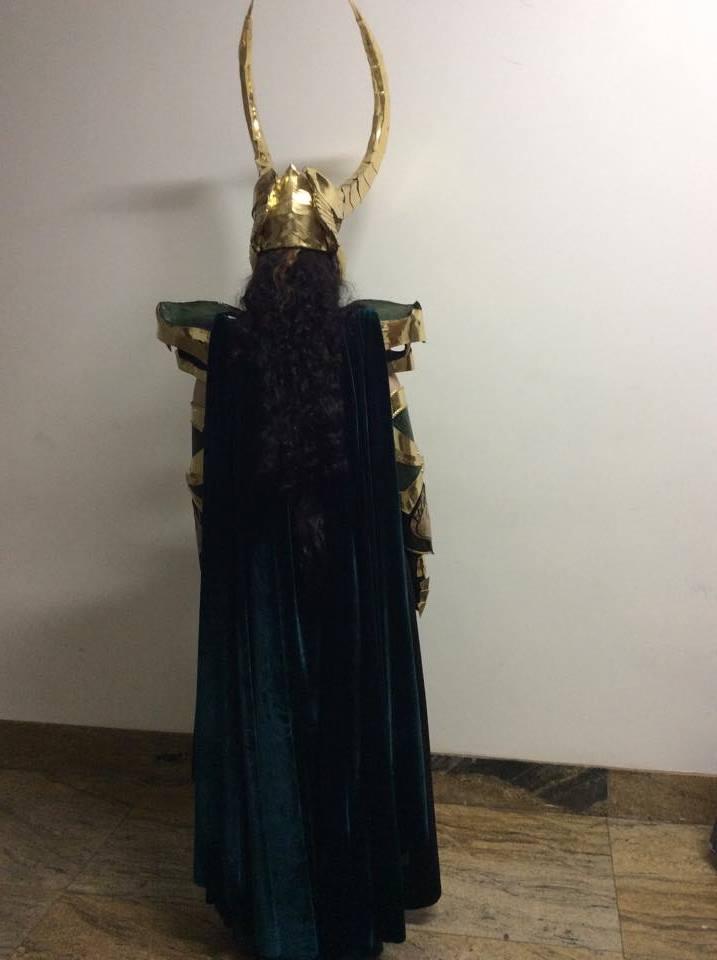 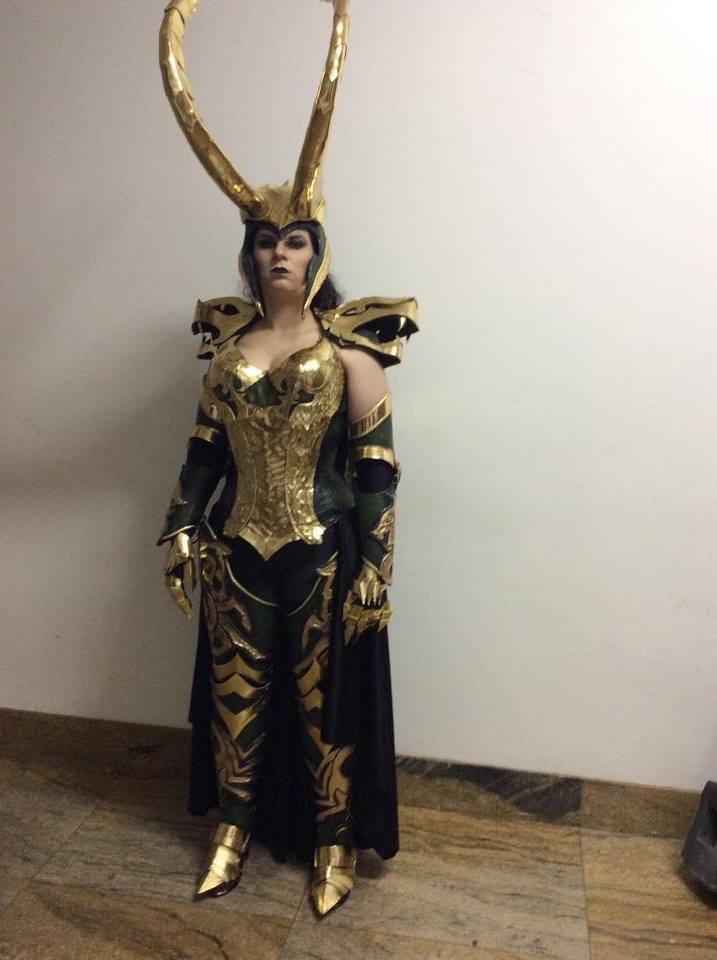 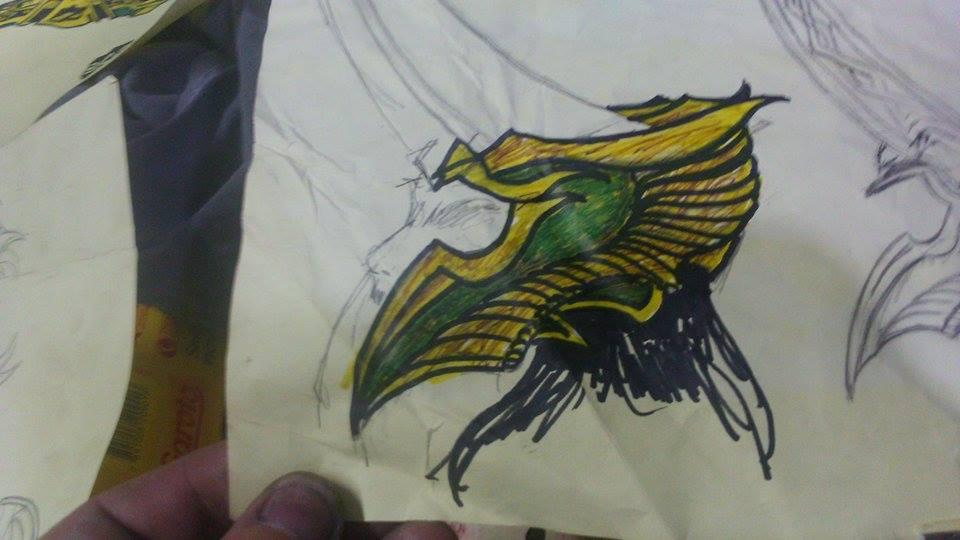 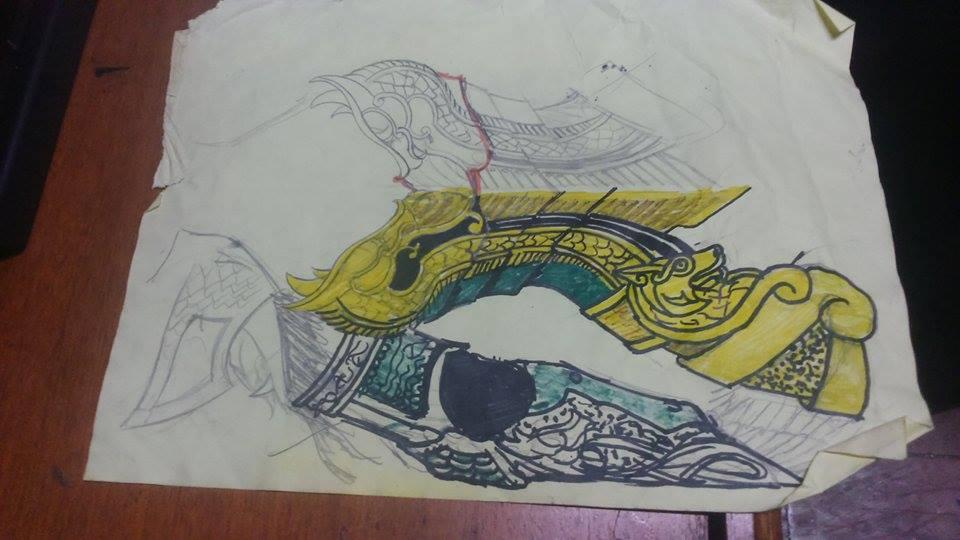