Jared Mcgowan ✭
November 2015 in Halloween Costume Contest
My latest version of an Alien Halloween costume.
The body suit was sewn from scratch; dark, silky fabrics for the pants and shirt, which then had cut out pieces of black foam fabric glued and sewn onto them for exoskeletal and surface textures.  The tail is mostly made from a pair of foam pool noodles that I had carved into the approximate shape of the tail segments, and the tail blade is carved from Styrofoam (which was then coated in hardener to make it more durable) and the tail is secured to the body suit via a belt.  The ribs, spines and shoulder ridges of the upper torso are stitched tubes of foam fabric, which were then augmented with additional segments of pool noodles to extend their sizes.  The gloves were a longer process; first I made an alginate mold of my hand and casted it in gypsum, then I sculpted the Alien hand in clay around the gypsum cast and made a plaster mold from the sculpt, and then casted the gloves in latex.  The head is carved from a large block of Styrofoam and also coated in hardener and the inner jaw was also casted in latext, with hot glue used for the drool.  The neck is a tube of black foam fabric (with small breathing and viewing holes cut into it), with a trimmed foam bicycle helmet to anchor and support the weight of the foam head on my own.  Then latex was used to coat the tail, upper torso and head, and used with cheesecloth to attach and anchor certain structures to one another, such as the head to the neck, the spines to the torso and the tail segments and blade to one another. 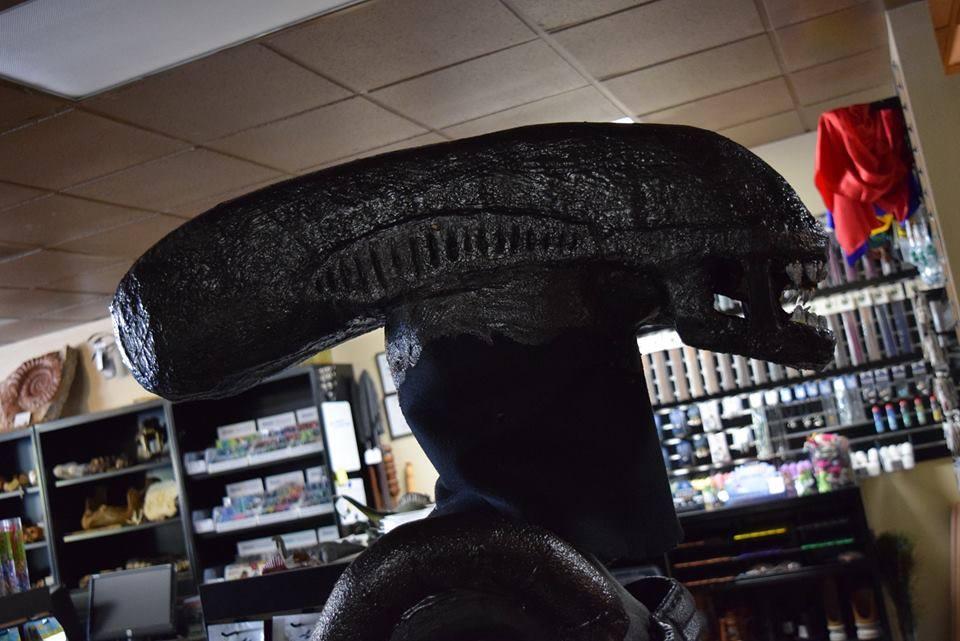 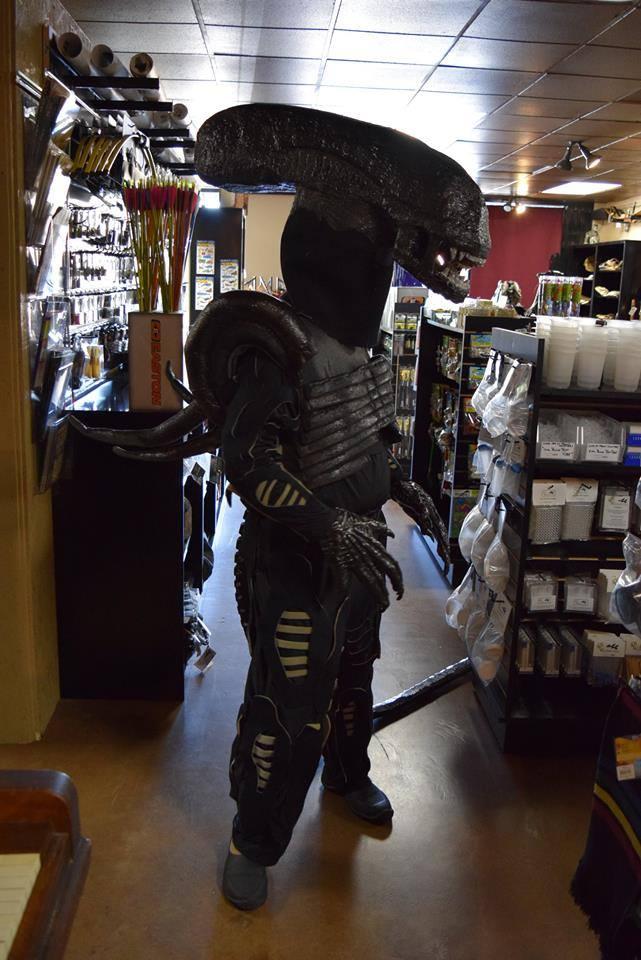 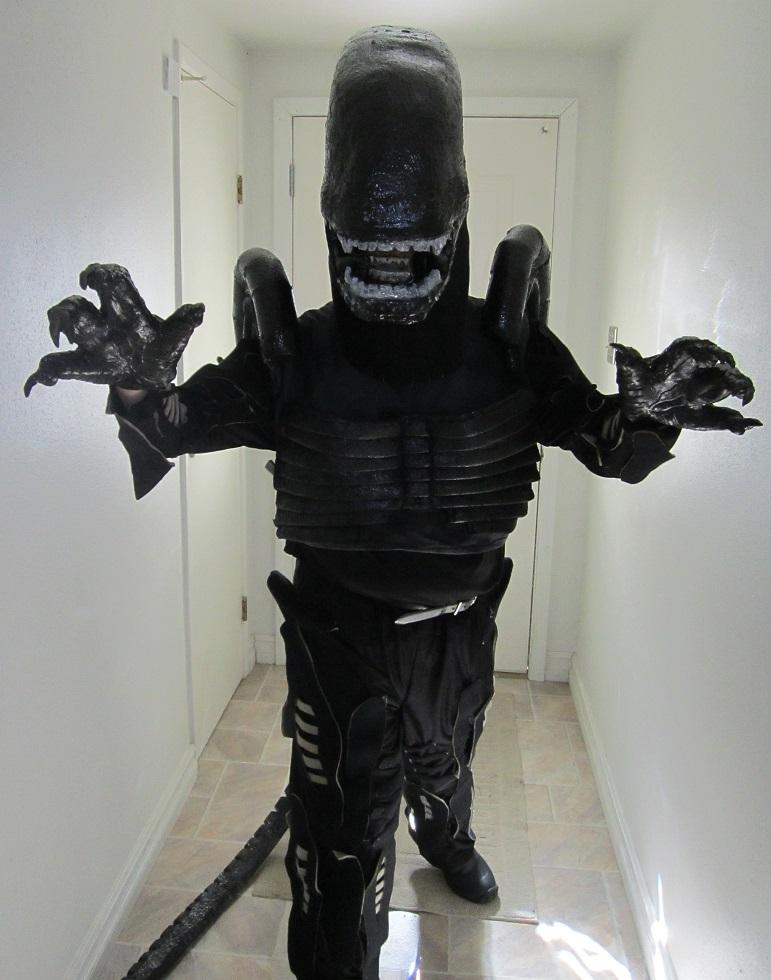 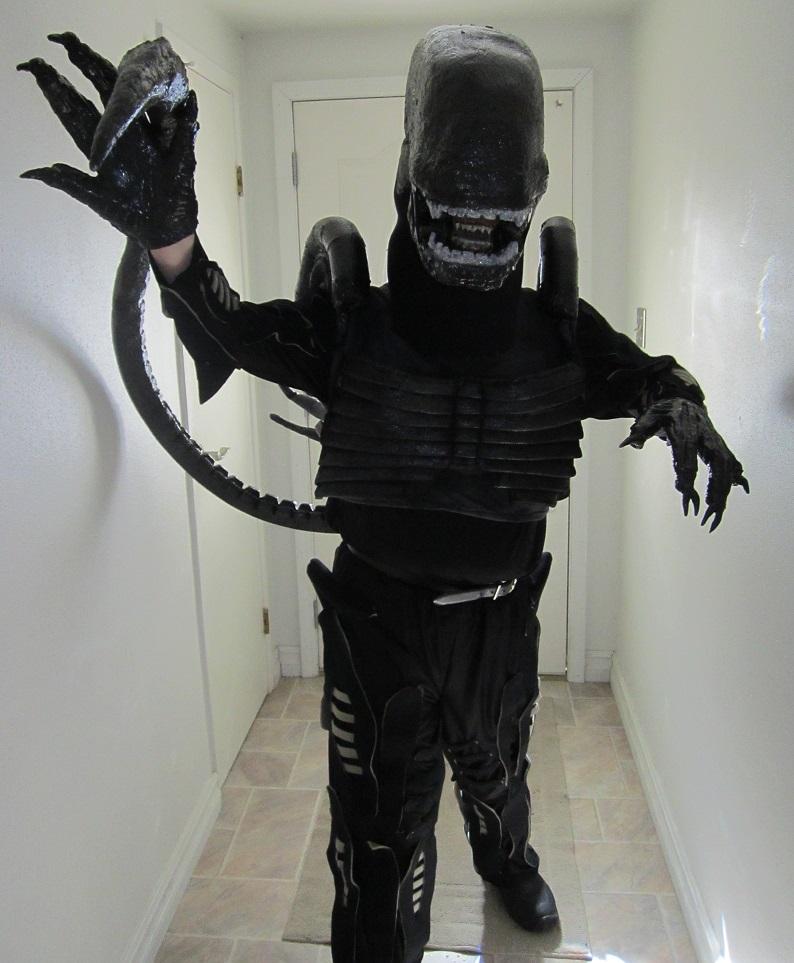 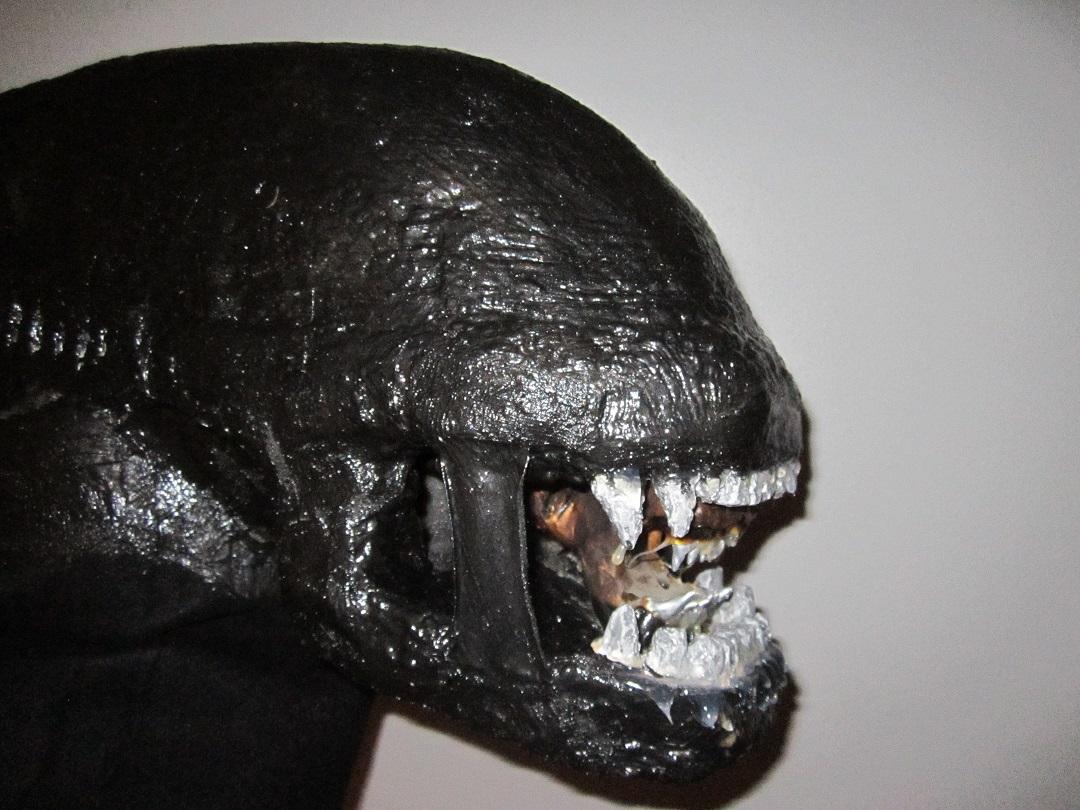 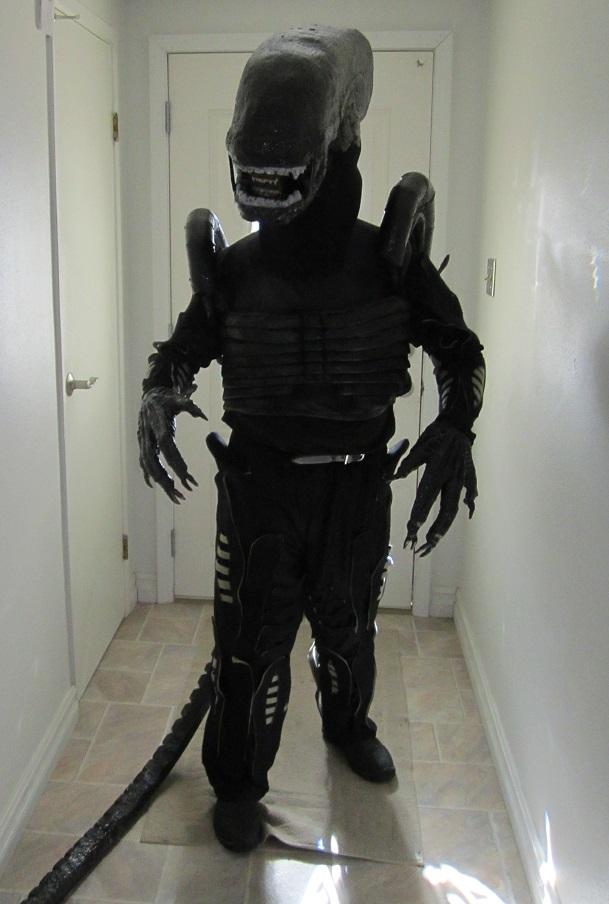 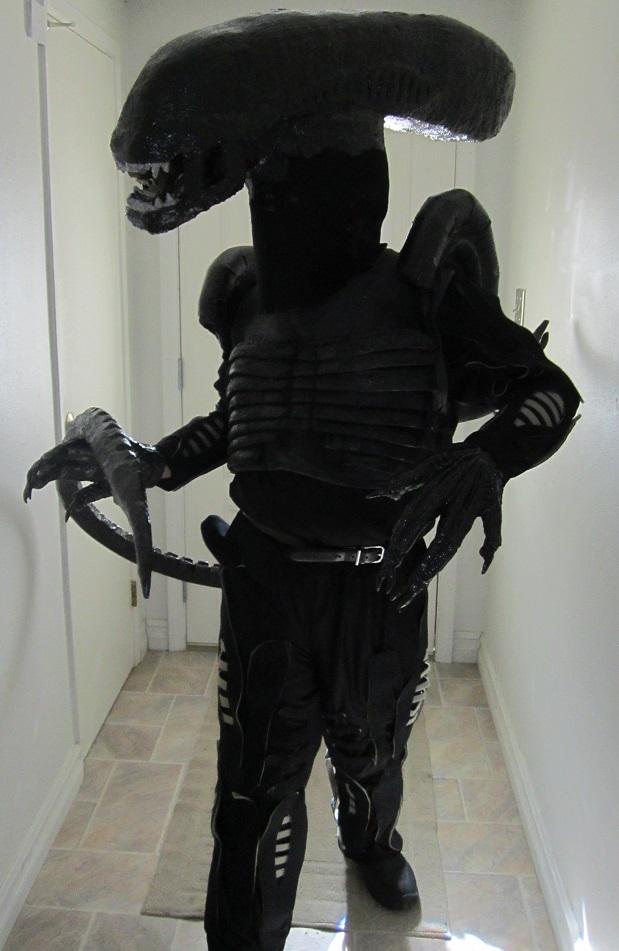