My family and I are planning to make some rather ambitious costumes as a family project.  I've been able to find some basic tutorials on how to create costumes using stilts or some of those 8-9 foot giant costumes but I'd like to build one more like the clown or skeleton featured in this video. 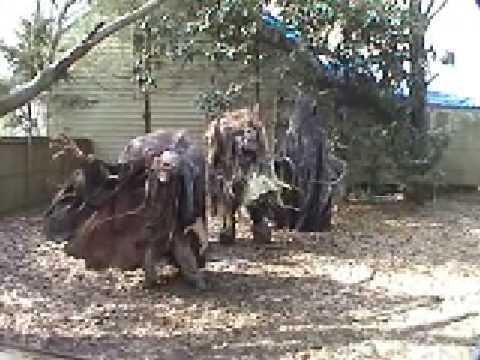 I've been cruising the web for weeks trying to figure out how to get a head and shoulders assembly that would allow the head to move and move separate from the arms (as they appear too in youtube vid) but I have had no luck.  Is there anyone on here who could point me to a schematic or a tutorial or even just give me a hint to start me out?  I'd greatly appreciate it the help saving both time and money by reducing my trial and error time.