Wolf Reicherter ✭✭✭
July 2015 in Robot Art Contest
This is one of my most favourite robot/gynoid paintings we ever did. The idea for it stemmed from reading the Foglio´s Girl Genius Comics. The "Seven Muses" Clanks by van Rjin especially. I wanted to create that crazy, victorian style and then we even got covered by a TV crew for it. This was definetly one with more prep than we usually do. I had sketches and a test painting with the model and I even had some character dev but the timing did not allow me to finish the props I had sketched out. The headpiece was build the day before, but everything worked out. In the end we had the biggest entourage I ever had for a bodypainting. Bodypainter, Assistant, bodypainting Model, 2nd Character Model, MUA, 2 Photogs, producer, director, camera crew of two, soundguy, a janitor and three cops that escorted our little motorcade into the restricted area where the shooting happened. I hope you guys enjoy the images half as much (from the artistic point of view) as I did creating them. I also hope, you are all grown up enough to handle some nipples.

Cheers and smiles from London 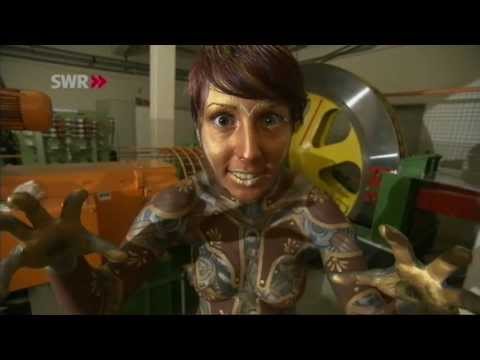 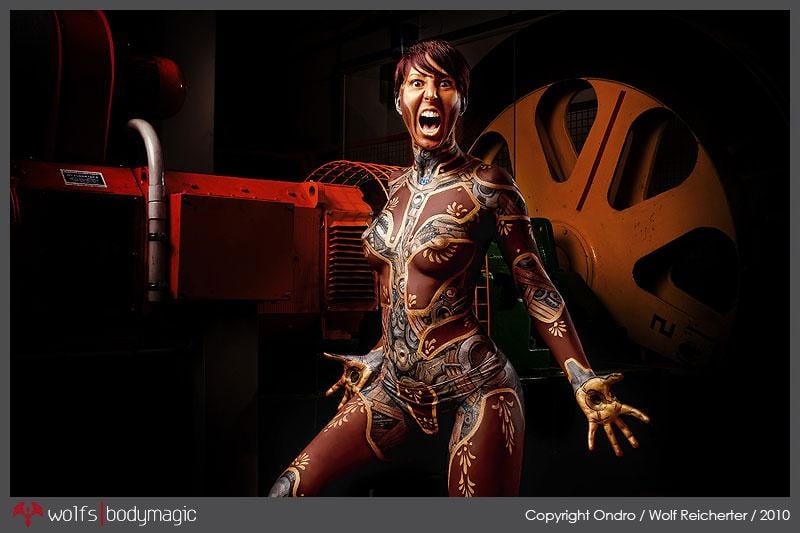 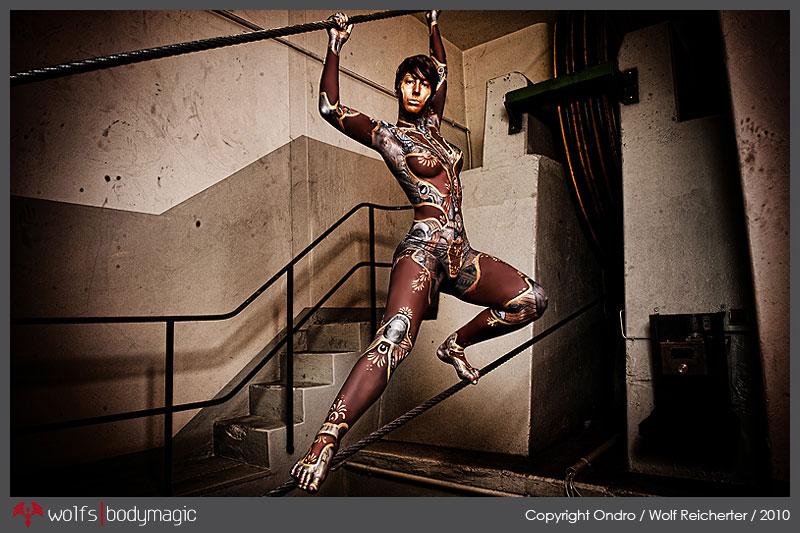 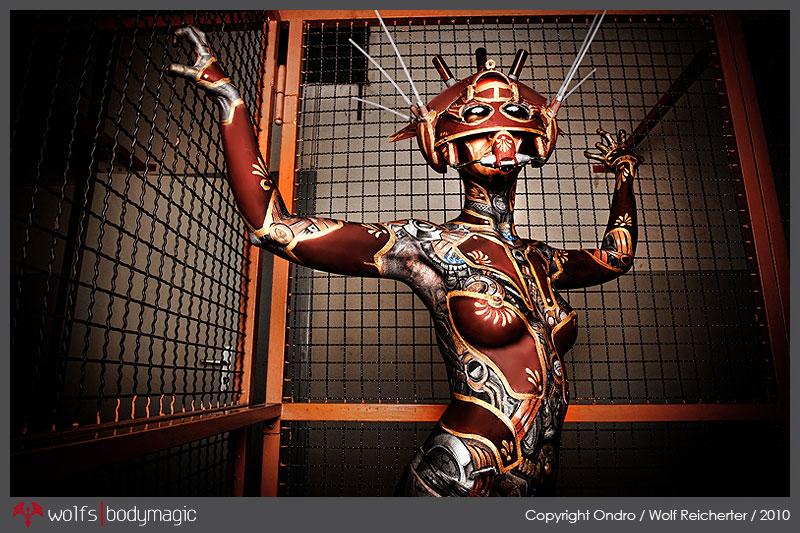 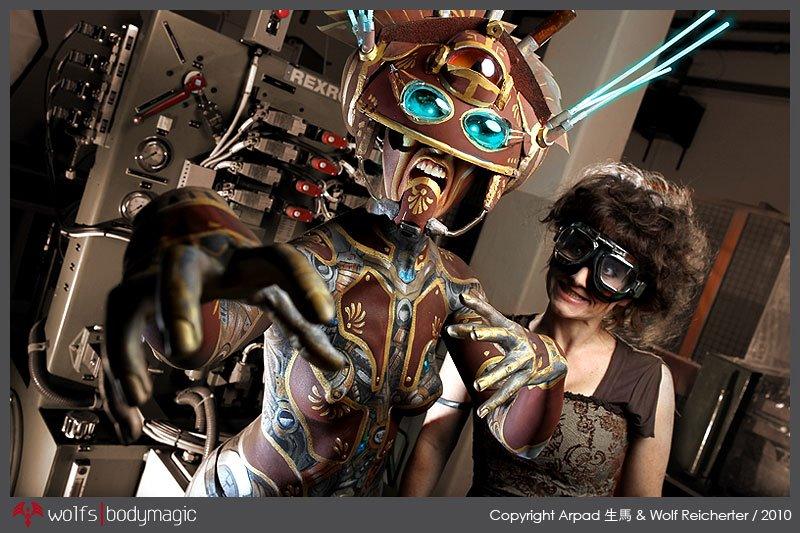 Here are some of the Sketches I did, illustrating the style as well as what I was hoping to achieve with the Photography.
I think it shows the progression from Sketch to final bodypainting in a very nice way. 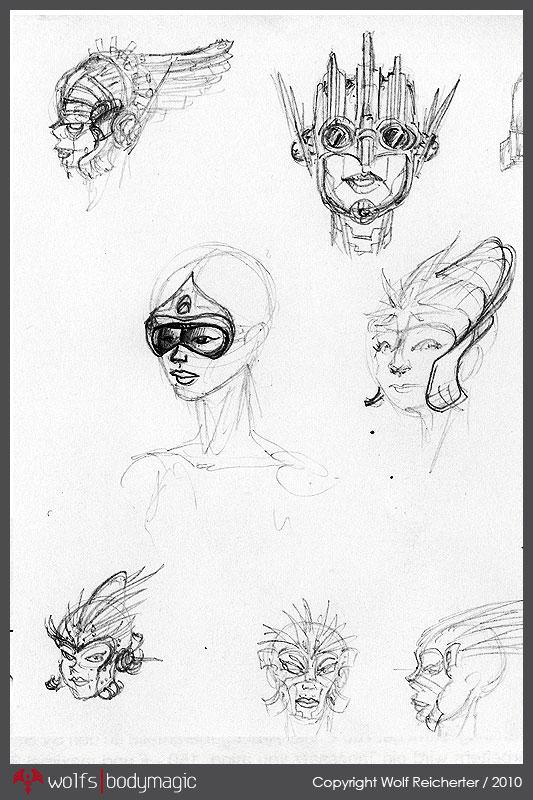 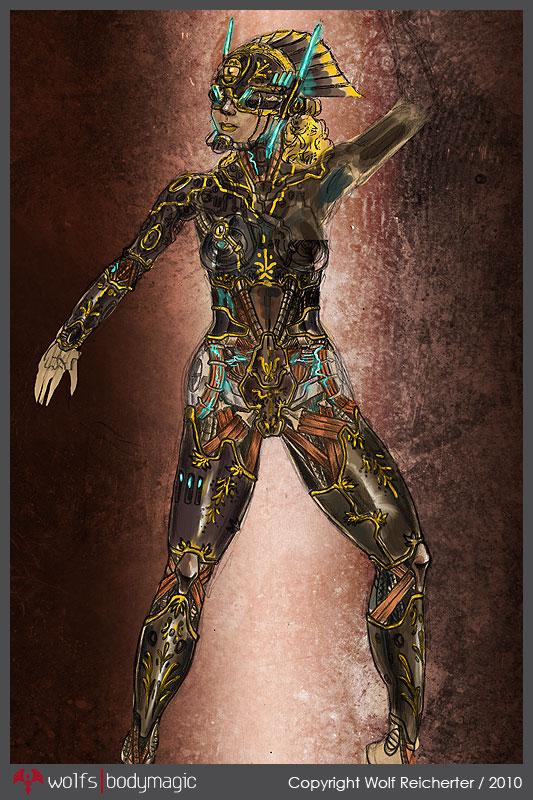 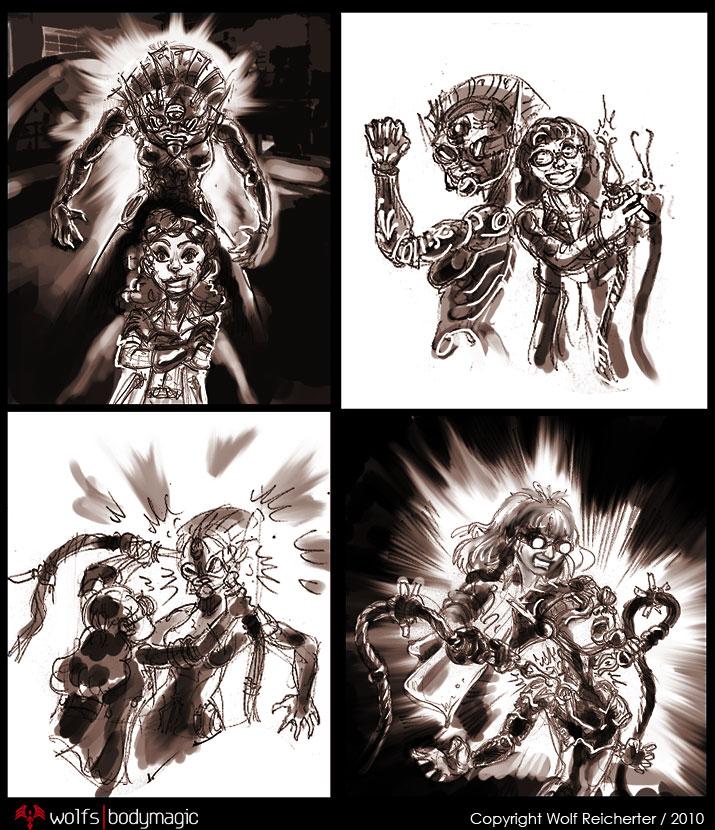 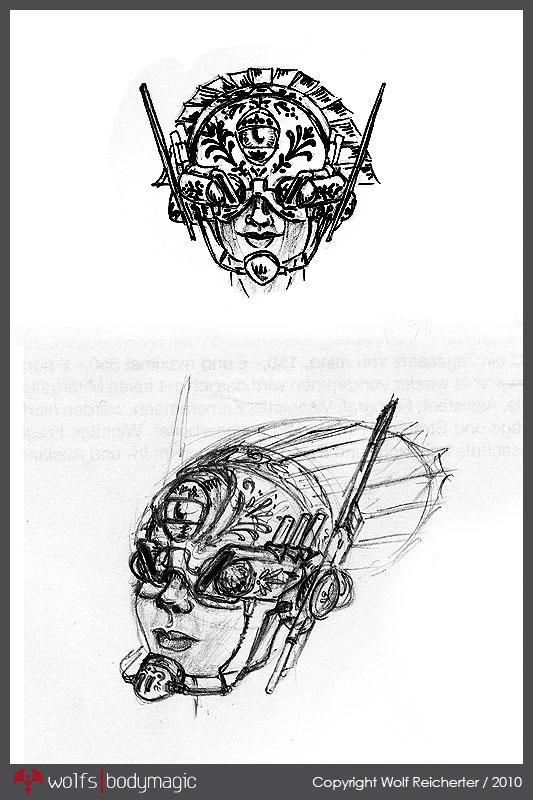 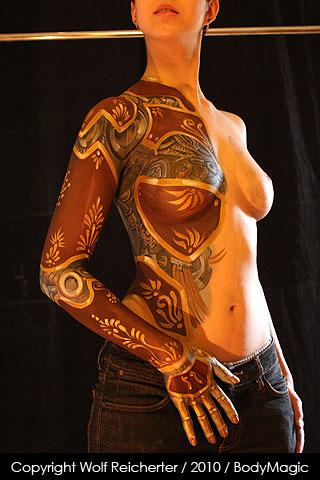 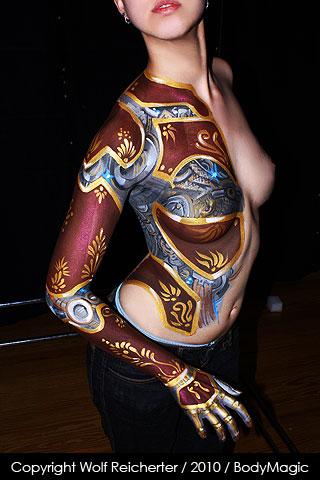 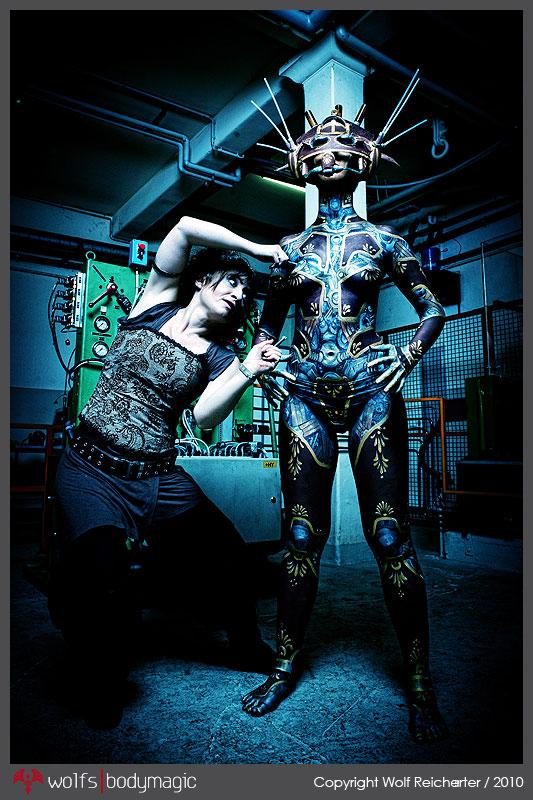 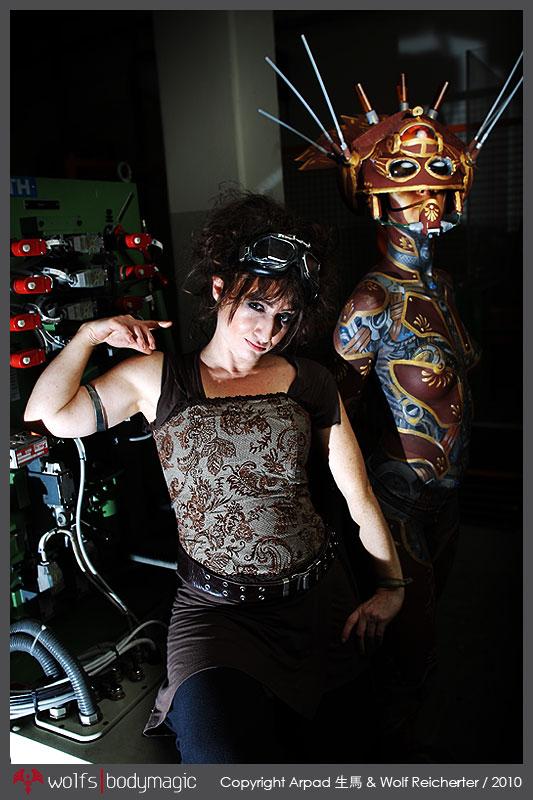 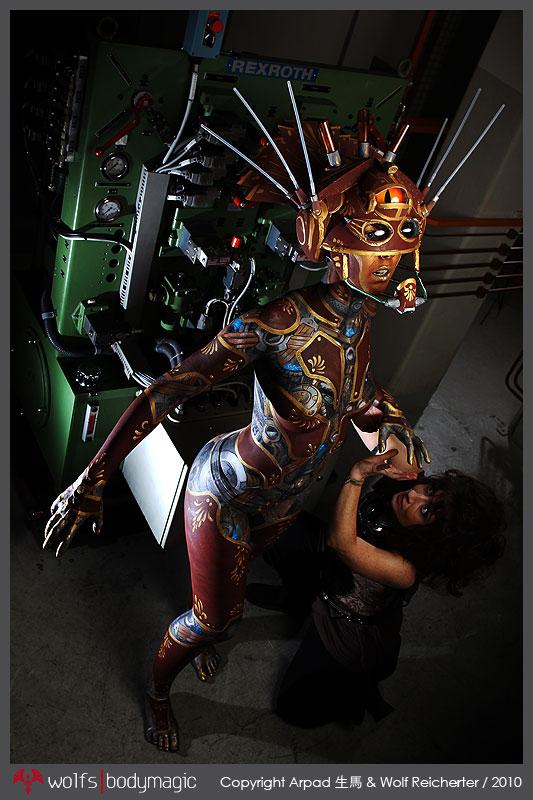 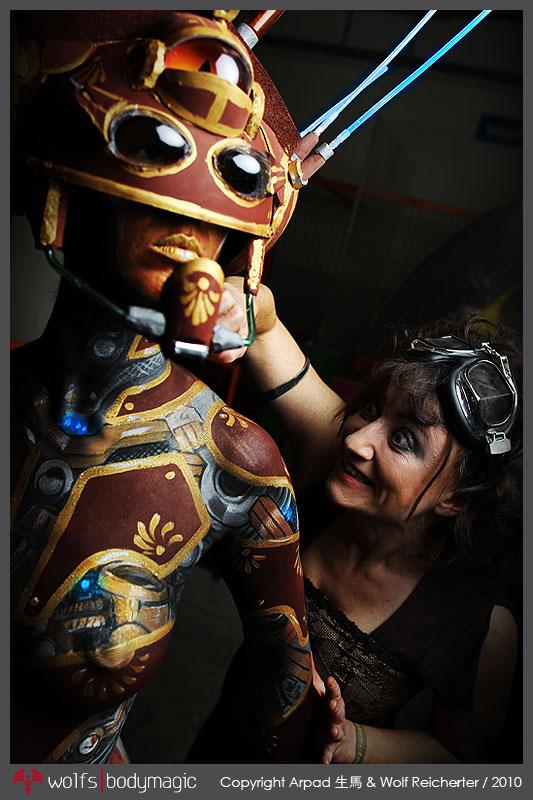