Renato Gonzalez Viña del Mar ✭
July 2015 in Robot Art Contest
Hi Everyone, Warrior was born as part of a personal project for an animated short. The main purpose was to create a full character within a production pipeline. I decided to create a robot that had a proper balance between organic surfaces and geometrical shapes, taking animalistic characteristics and supplementing them with a sci-fi design.

When I created this character, I was strongly inspired by the work of Josh Nizzi and Ben Procter, so these design influences naturally featured in the early stages of the concept. In the process of looking for references, I had the idea to twist the story behind the character and give it more animalistic features, something like a 'hexapod robot'.

(open the image in a new window for a better resolution) 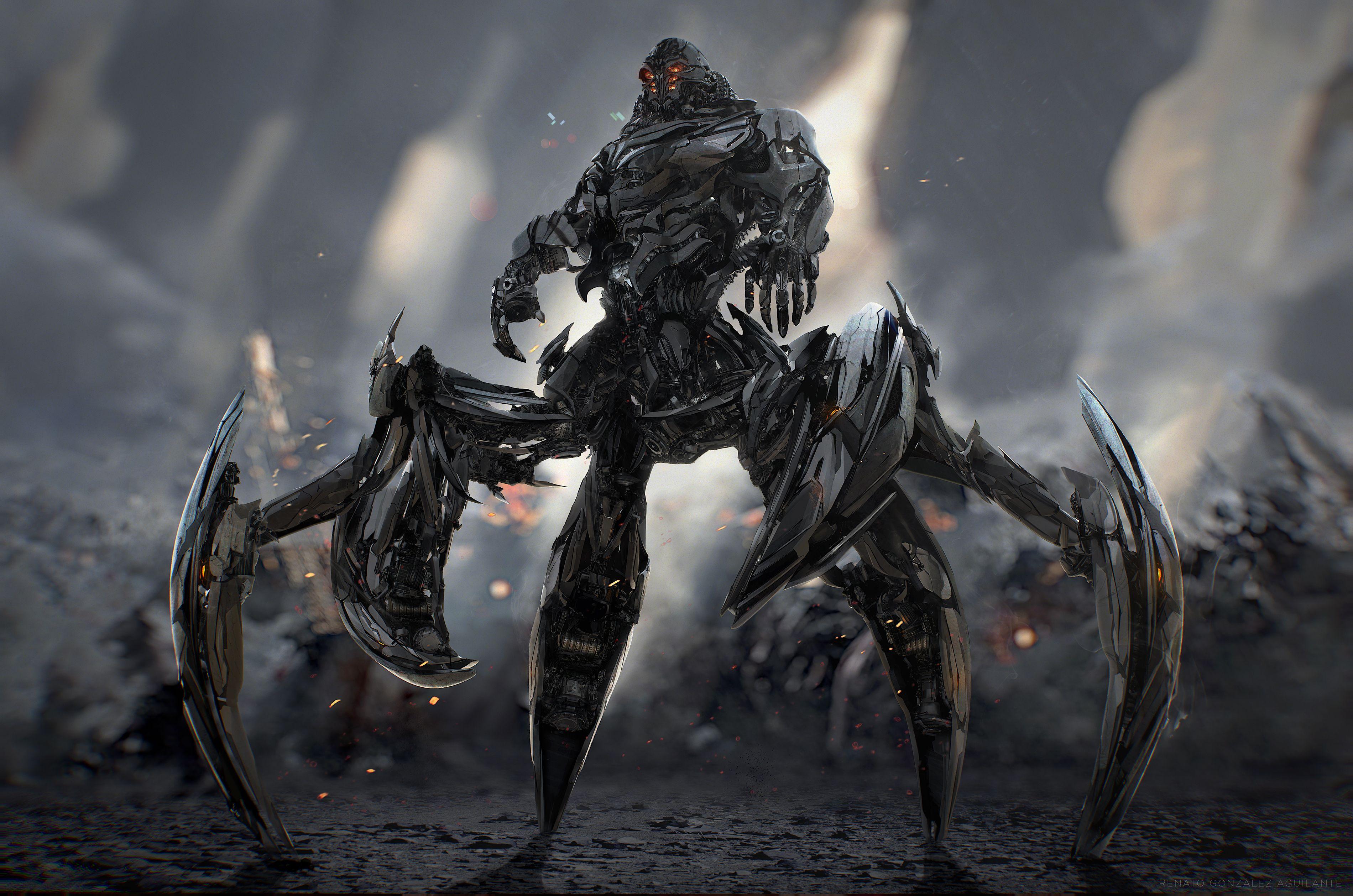 The large amount of polygons and textures involved in this model forced me to plan all the creation process as efficiently as possible, so finding an appropriate workflow between Maya and ZBrush was crucial to develop this piece.

The final picture took about a month from concepting to texturing, rigging, shading, lightning, VFX and composition.