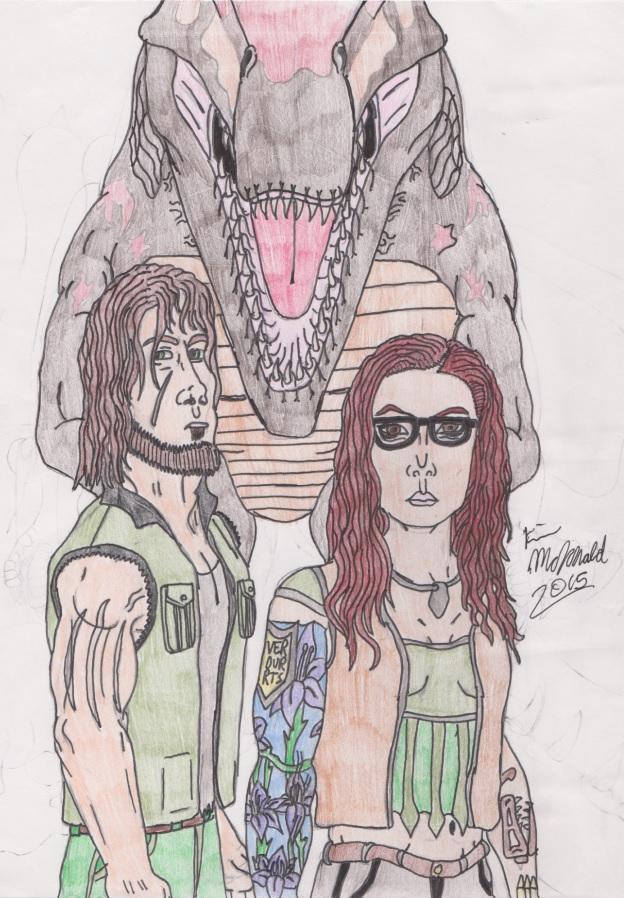 Hey, everyone!  Love what's been submitted thus far and best of luck to you all!

The above drawing is my first submission to the Dinosaur Art contest.  I am actually in the process of writing a book where dinosaurs and other prehistoric life has returned through a horrific event (won't spoil it but science is involved) and the world is struck with apocalyptic devastation.  Fast forward 22 years and we find that the prehistoric animals aren't the worst things to contend with out there.

This image is basically like a promo shoot of the two main characters, Rob Verraux and Sareene Hallon with an Acrocanthosaurus behind them.  I actually had a dream that the book was being adapted into a movie and one of my friends had been cast as Rob with MMA fighter Ronda Rousey as Sareene, so I did have to use reference pictures of those two to get the muscles and faces right.  No tracing, obviously.  This was done with basic mechanical pencil, pencil crayons and Bic inking pens.

Thanks for looking and keep up the good work, everyone!