Ema Klucovska Slovakia ✭
June 2015 in Dino Art Contest
Hello friends, here's my another dinosaur!
Pteronymus is a species of the biggest pterodactyls. Pteronymus is a vegetarian, it mainly eats coconuts which it can break with its massive beak. Little chicks don't have wings (they look like lizards) and they are fed by little animals. Later, they became vegetarians. Pteronymus' skin color depends on where it lives. Its habitat is situated almost everywhere, except polar (cold) areas. A female is always bigger that a male, because the female protects a nest against predators, and the little male brings food to the nest. Blue stripes could be find only on males.
Enjoy! 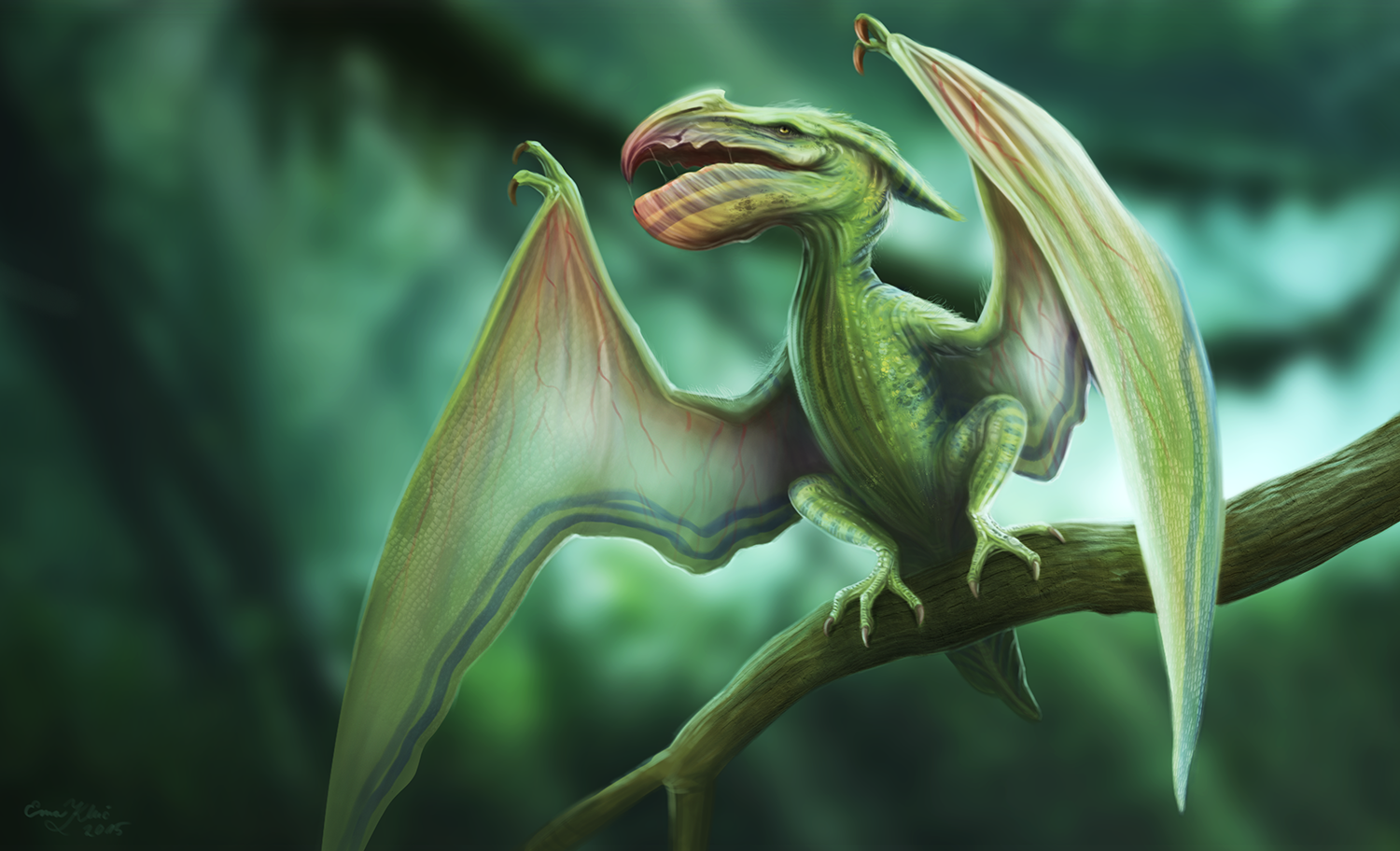