A very recently discovered Carcharodontosaurid theropod from 94 - 100 million year old fossil beds of Morocco, Sauroniops is named for the primary antagonist from J. R. R. Tolken's, "The Lord of the Rings" trilogy novels. Sauroniops is currently only known from its lacrimal and postorbital bones, which possessed characteristics that indicate it had a rugose, knobby and horned or spike covered head, giving it a similar appearance to several Abelisaurs, such as Majungasaurus and Rugops, and may have reached 12 meters in length, rivaling Tyrannosaurus rex in size.  However, much of its appearance and size estimates are also based on conjecture and inferred speculation based on its closest known relatives, such as Eocarcharia, or Acrocanthosaurus (which was the primary reference for the body in my latest rendering of this animal).

Although it may have bared some resemblance to the fictional Indominus rex , Sauroniops was a real Carcharodontosaur that convergently evolved some Abelisaur-like characteristics, and was not a genetically spliced hybrid or chimera between the distantly related theropod branches. 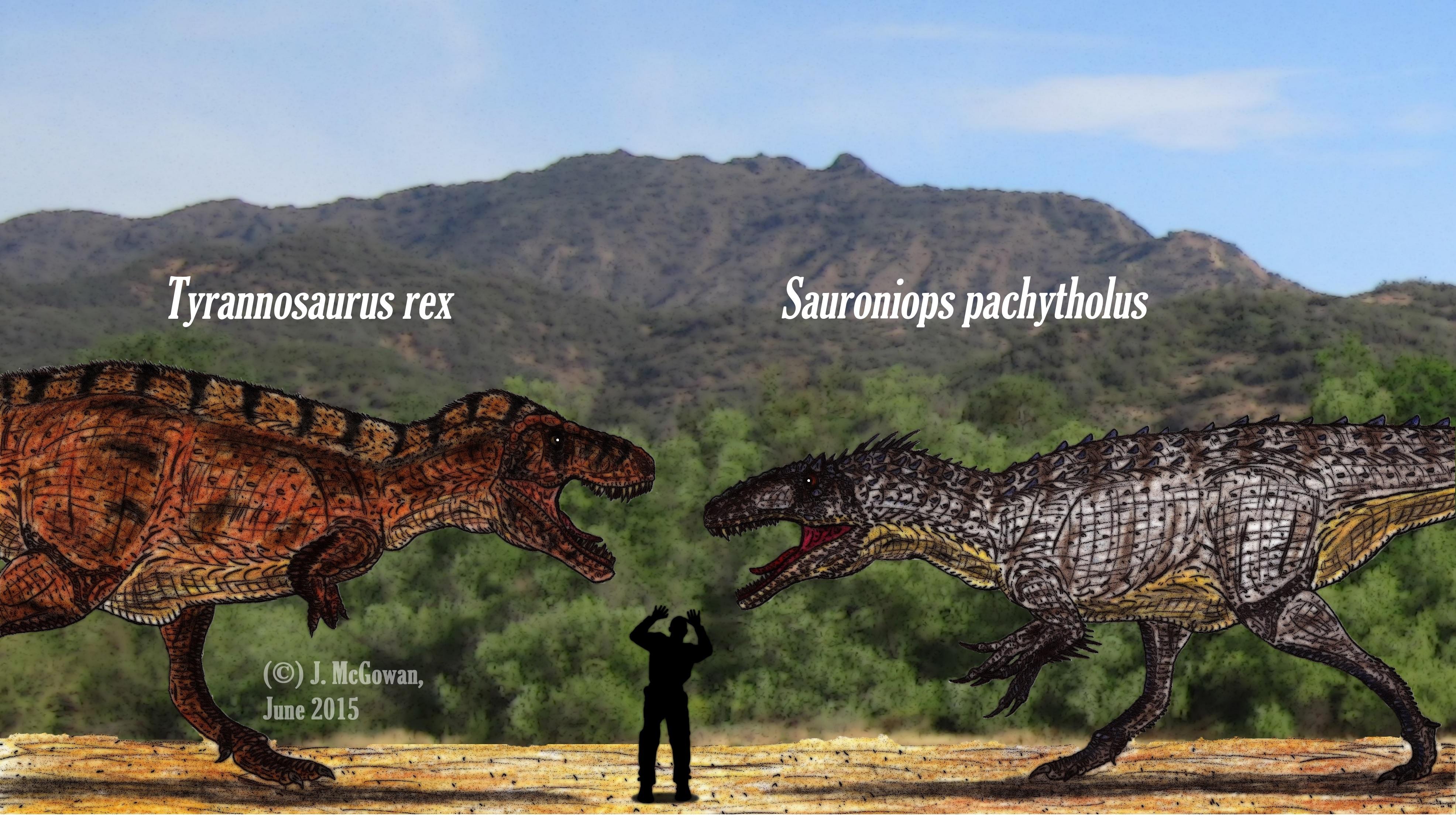