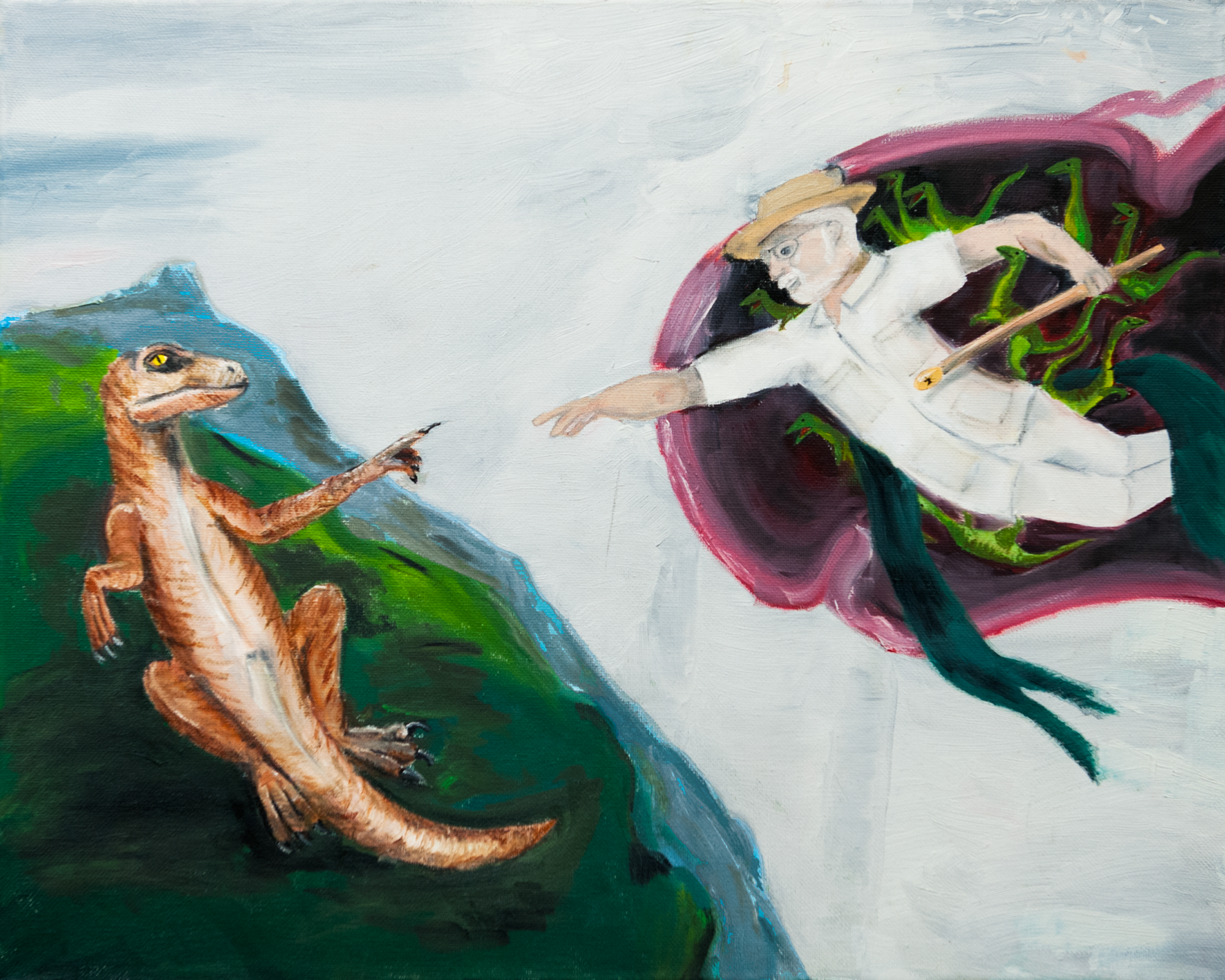 Creation of Dinosaurs is an oil painting parody of Michelangelo's Creation of Adam depicting Jurassic Park's John Hammond playing God surrounded by compy cherubs reaching out to his velociraptor creation.  Brush strokes mimic the original painter's style and includes time period references as well as references from JP the book as well as the movie.