Thomas Capobianco ✭
June 2015 edited June 2015 in Dino Art Contest
The second and final animal to hatch from the original twenty, it closely resembled the female at birth. Shortly after the two were placed in the paddock they proceeded to fight constantly for dominance, causing the destruction and damage of multiple monitoring cameras and motion censors. Shortly after the breaking of the lens on camera labelled I_R_RB_012 the second hatchling vanished causing park workers to assume its death and consumption by the female. For little over a year the animal remained undetected. It was later discovered that it used the river as a territory. Being present in a single sex environment, the frog D.N.A. caused it to change gender. As it developed it formed the sail, bright color patterns, and a high thresh hold for aggression. The animal was discovered during an attempt to examine the female. The male, seeing the workers as a threat, emerged from the water and attacked the men that sedated the first animal. In the news that both were healthy but different gender, concerns of breeding were voiced and silenced by the notion that the animals had been sterilized at birth using radiation. Again a year passed and close observation of the animals was kept. Around the month of August, the male climbed out of the water and challenged the female to a fight for dominance. The battle lasted close to three hours but the male emerged victorious and was not slow to mark the paddock as his territory. Later the same night, much to the dismay of the night shift workers, the two animals participated in a mating ritual and concealed themselves in the thick tree cover. Knowing that the gestation period only lasted a few months at the most, park workers were quick to try and find any form of nest and destroy it. Close to a month passed and the nest was not found, but all workers that attempted to get to the shore line where steam vents were located were savagely attacked. This brought about a plan to destroy that area of the paddock and the animals if they got in the way. Desperate to stop this, Megan Shull, went into the paddock to prove the nest was either not there or that the animals were of to no harm to humans. This resulted in her being bitten by the hatchling causing a lethal dose of venom to be injected into her body. The venom caused vomiting, hallucinations, and finally paralysis. The venom did not kill her for before it could, the male returned from hunting. Emerging from the water with it's kill in its mouth. Discovering the recently paralyzed doctor and its kids eating her alive, it dismembered her and defecated on the remains as a warning to any trespassers. Later that night tropical storm Brien struck the island the fences were shorted out. causing the escape event. The fences were repaired after much loss of life due to the animals roaming free. In response the animals were placed in a holding pen with reinforced walls, the hatchlings were hunted and killed or captured and the animals were taken off of the tour. The fate of the animals has yet to be decided but many people are pushing for the extermination of the animals. First half of story here http://forums.stanwinstonschool.com/discussion/1540/the-impetibili-regina#latest 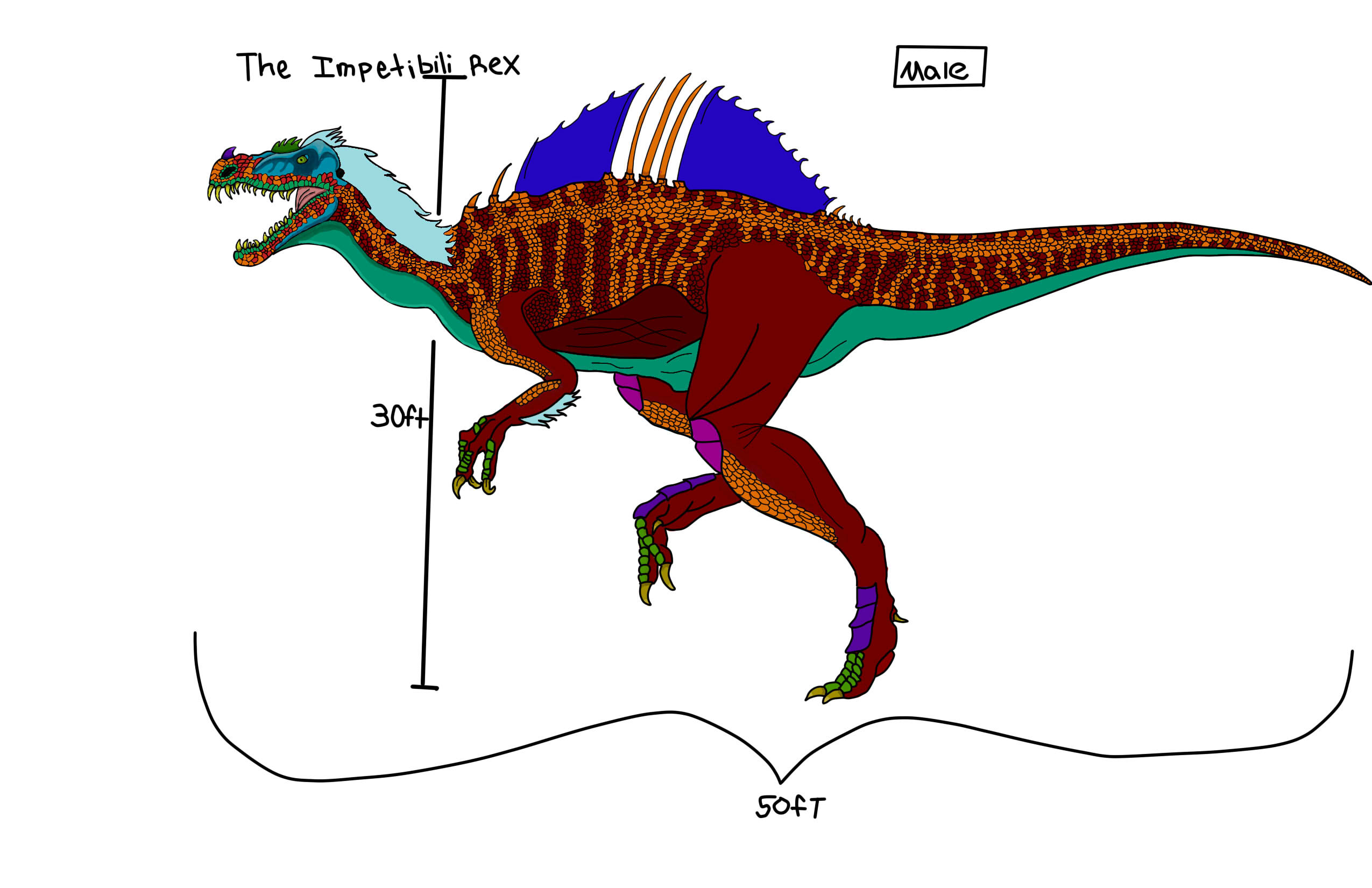