Thomas Capobianco ✭
June 2015 edited June 2015 in Dino Art Contest
The first to hatch out of twenty attempts. The Impetibili Regina is a Genetic Mixture of a Tyrannosaurus Rex, a Spinosaurus Aegypticus, a salt water crocodile, a Velociraptor, a King Cobra, and an African bull frog. A failed experiment, the Regina has resided in the park for six years. Responsible for the death dozens of park workers and dozens of other animals residing in the park. It was even thought that she claimed the life of her twin at one point and time but that was later proven false and was shown that the frog D.N.A. was a harsh mistake. The name Impetibili Regina is Latin for the Insufferable Queen, a name well earned due to hunting patterns observed during a code red break out of the animals during a short power weakness due to a storm blowing a tree into a power line and shorting out the systems. Hunting much like a Crocodile, she keeps to the water and waits for her prey to get close enough to strike. Biting into her prey she injects venom into the blood stream of the animal and attempts to drown them. If they manage to escape she stalks the animal until it is weakened and emerges from the shadows and tree coverage to deal the final blow, a blow observed to be very gruesome and assumed to be painful. While not hunting, she would return to her den on the riverside in her paddock and rest on the beach, speculations of a nest has been prominent and attempts to investigate have ended in death, dismemberment, mutilation, and consumption by the male that rest near it. Attempts to repair the fence have been seen as attacks on their territory and have ended in the same manor. The animals are seen as very aggressive. Seeing the animals as a threat, investors have demanded the extermination of the animals. This caused to their creator, Megan Shull, to attempt to prove that they were not a threat rambling on about protecting her children and resulting in her own death. As for the animals themselves, they are extremely powerful and covered in thick scales derived from the cobra D.N.A. Powerful muscles in the neck from the T-Rex allow the animal to deal killing blows with ease and the long snout allows it to hunt fish from the shore. Other features such as the teeth have been concluded to be part of the crocodile genome as well as hunting patterns derived from the crocodile and Tyrannosaur. The aggression and speed have been attributed to the velociraptor, Tyrannosaur, and Spinoasur. The fate of the Animals remains to be determined. Last half of story http://forums.stanwinstonschool.com/discussion/1541/the-impetibili-rex?new=1 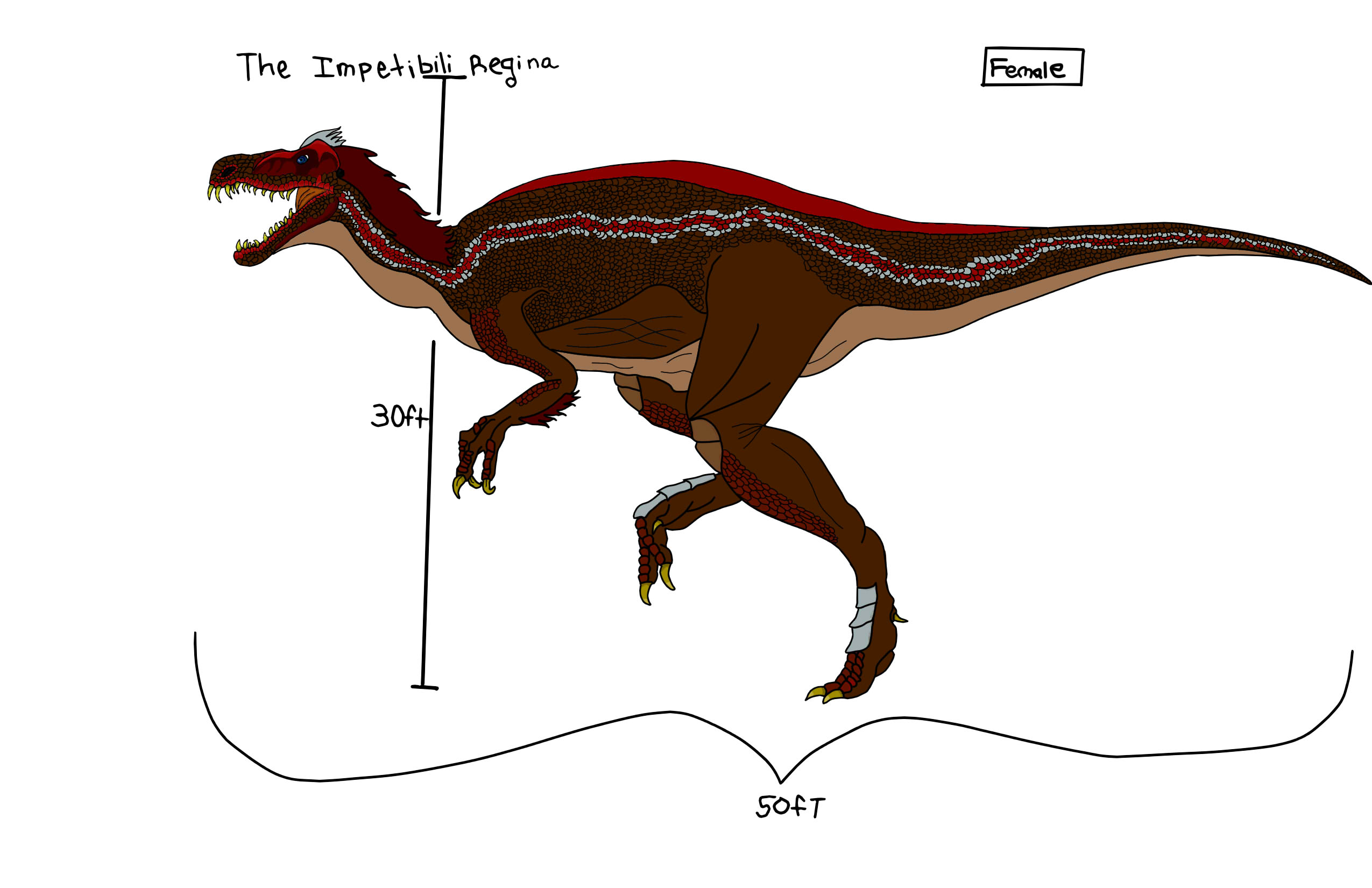