Antonio Arredondo ✭
June 2015 edited June 2015 in Dino Art Contest
With Jurassic World almost here, and the concept of the I-Rex, i wondered; What other DNA hybrids they might be working on, even without appearing on screen, is fun to imagine, so... I came with my own Dino-Hybrid, The Loricatusaurus Imperator, which in latin means; Emperor Armored Lizard, he is a deadly, fast and powerful carnivore with the intelligence of a Raptor (Mega Raptor in this case) and have his long finger claws and stealth, the ferocity, strength, size and jaws of a T-Rex, the Back plates of the stegosaurus and his sharp spikes on the tail to defend himself from competitor´s attacks, and the triceratop´s head crest which protects his neck. He uses his horns either to fight another Imperator or to stab really big prey, he is without doubt, the Emperor of all carnivores.

I hope you like it, was really fun to work on it, I think i´m going to make a couple more for the contest, i like this hybrid dinosaur concept.

Good Luck to everyone, your art and concepts look awesome! 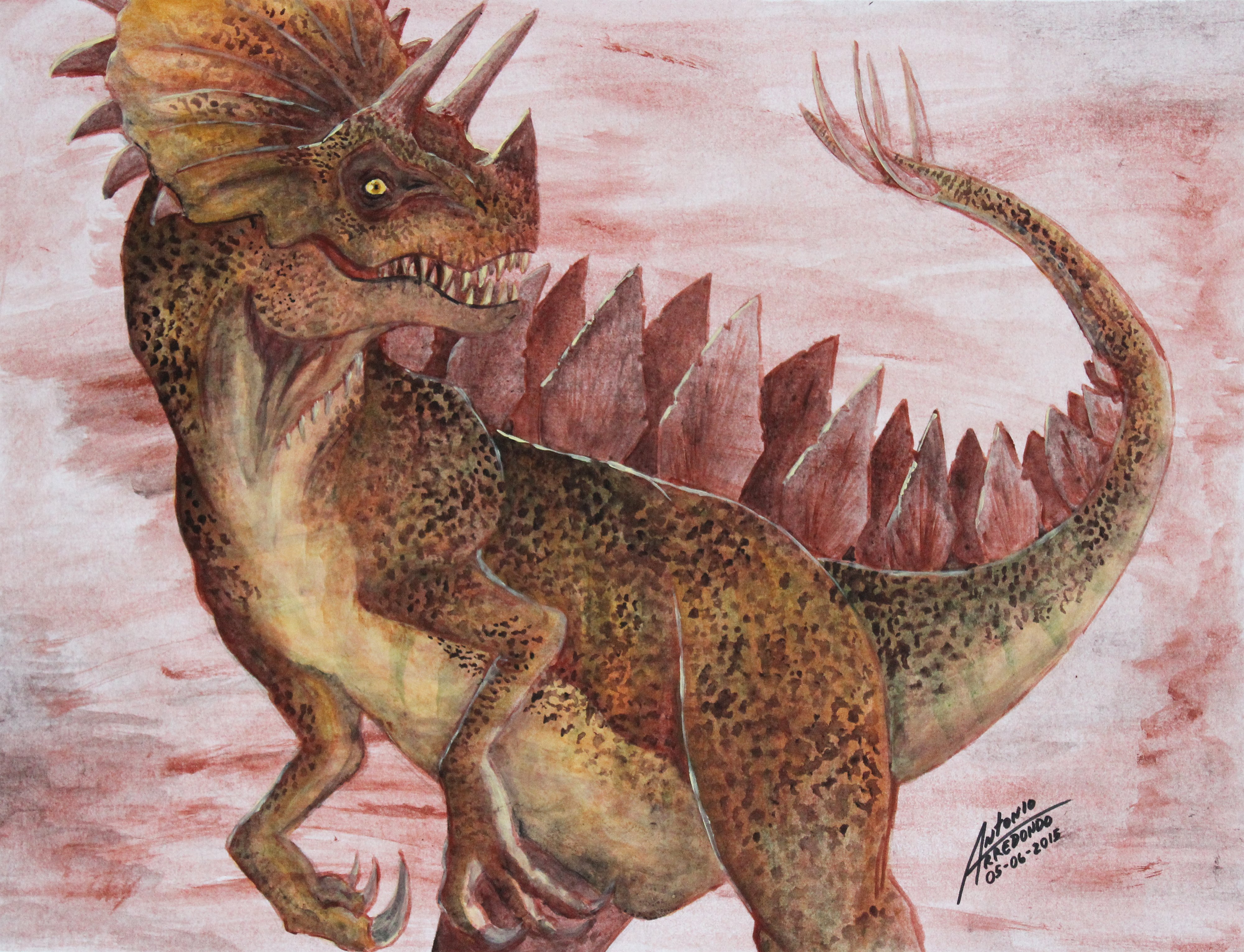