Mikey March ✭✭
June 2015 in Dino Art Contest
Hello forum-browser!
Attached is a picture collage that outlines my steps/process to an extent.

- Sculpted claws (and my pitbull) in clay, made molds & jackets, cast in wax, sprued-up for dropping in plaster/sand mold, burned out, and poured in foundry melted aluminium.
- De-molded, smashed finger between massive bolt cutter and forge, and passed out shortly after pic, but I digress.
- Bought a PIR sensor, servos, Arduino Uno, jumpers, pots, etc. Learned as I went, applying knowledge of kinetics.
- Smooshed it all in a craigslist pelican case and.. didn't work properly for the first dozen re-re-re-assemblies.
- Eventually I was successful at science!

Thanks for readin' and be sure to check out the video 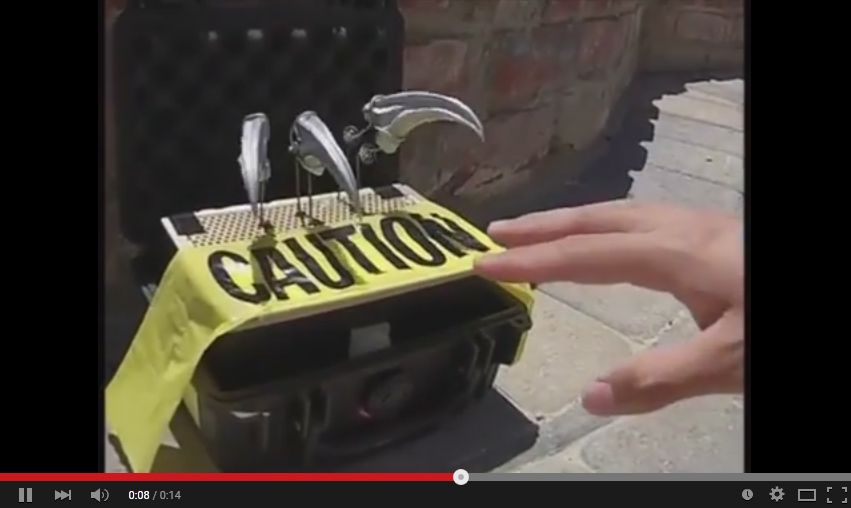